Dundas Video is a dive bar on Dundas West, but not just any dive bar: it's choc full of old video games and VHS tapes that create a boozy library of cult movies, games, and eighties nostalgia.

You can borrow games and play them on available consoles for free, but you will need to leave your credit card and ID with the bartender in order to play some rarer games. 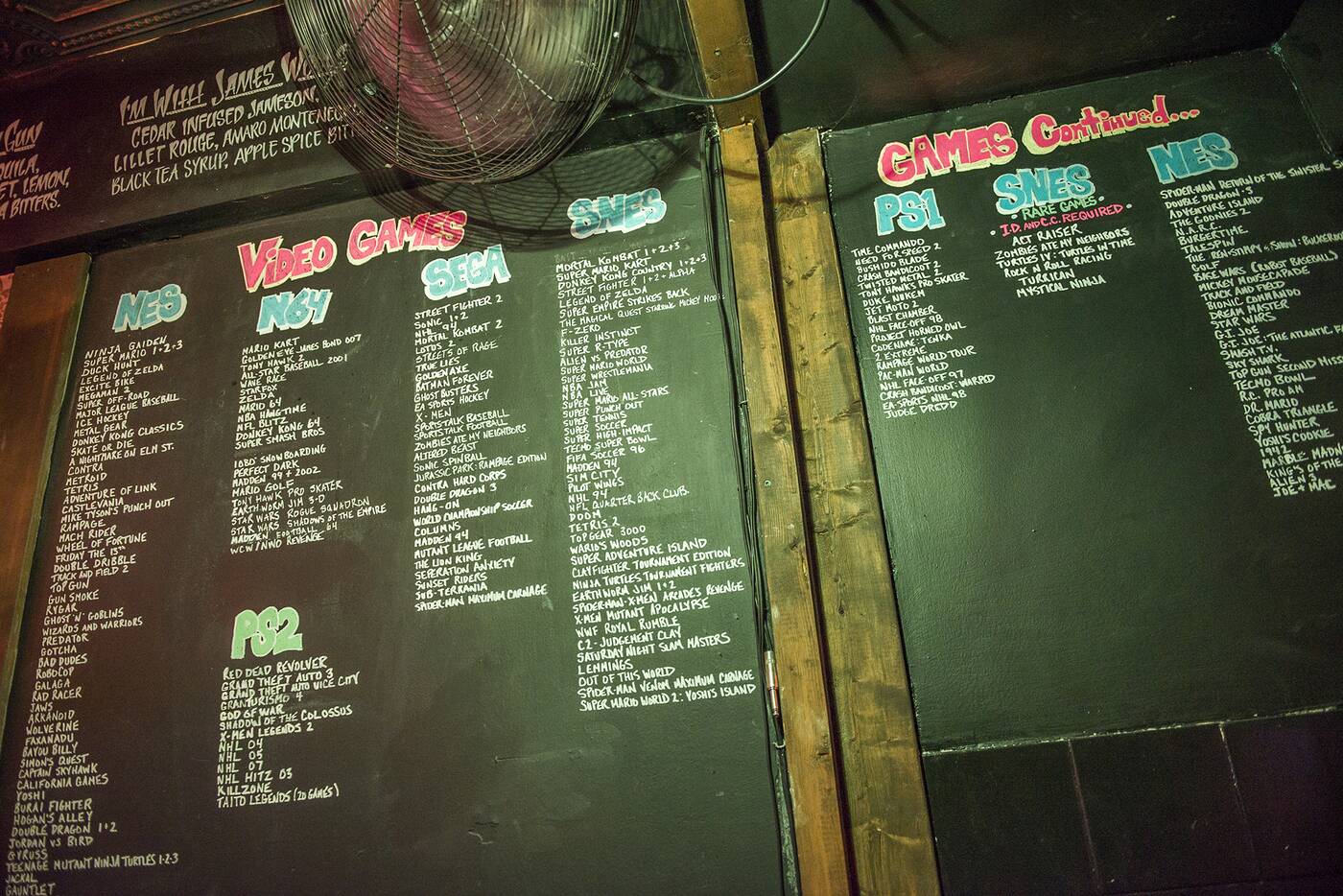 Sega Genesis, N64, NES and SNES consoles are dotted throughout Dundas Video. Order a frosty tallboy and sit down at the bar with a pal or by yourself and select from a huge range of games like "Zombies Ate My Neighbours" and "Altered Beast." It's a little piece of 8-bit heaven. You can also stand to play Street Fighter in a retro arcade cabinet. 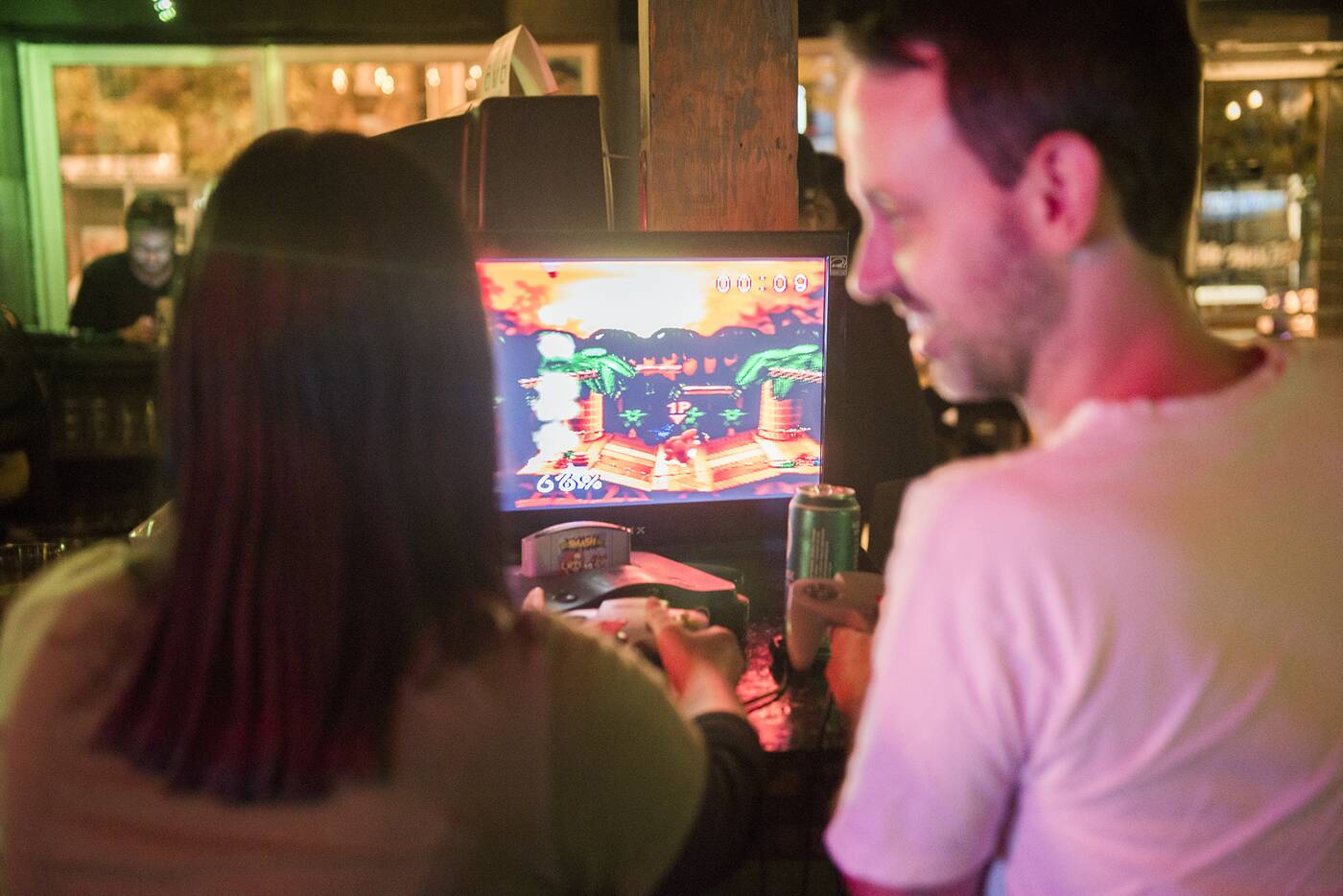 Dundas Video is a well-known event space, able to easily play host to anything from art installations to live music to, of course, movie nights. A small stage and a projection screen are at the back of the bar, and retro video game play-throughs often run while bands play or barflies mingle. They also have a house piano. 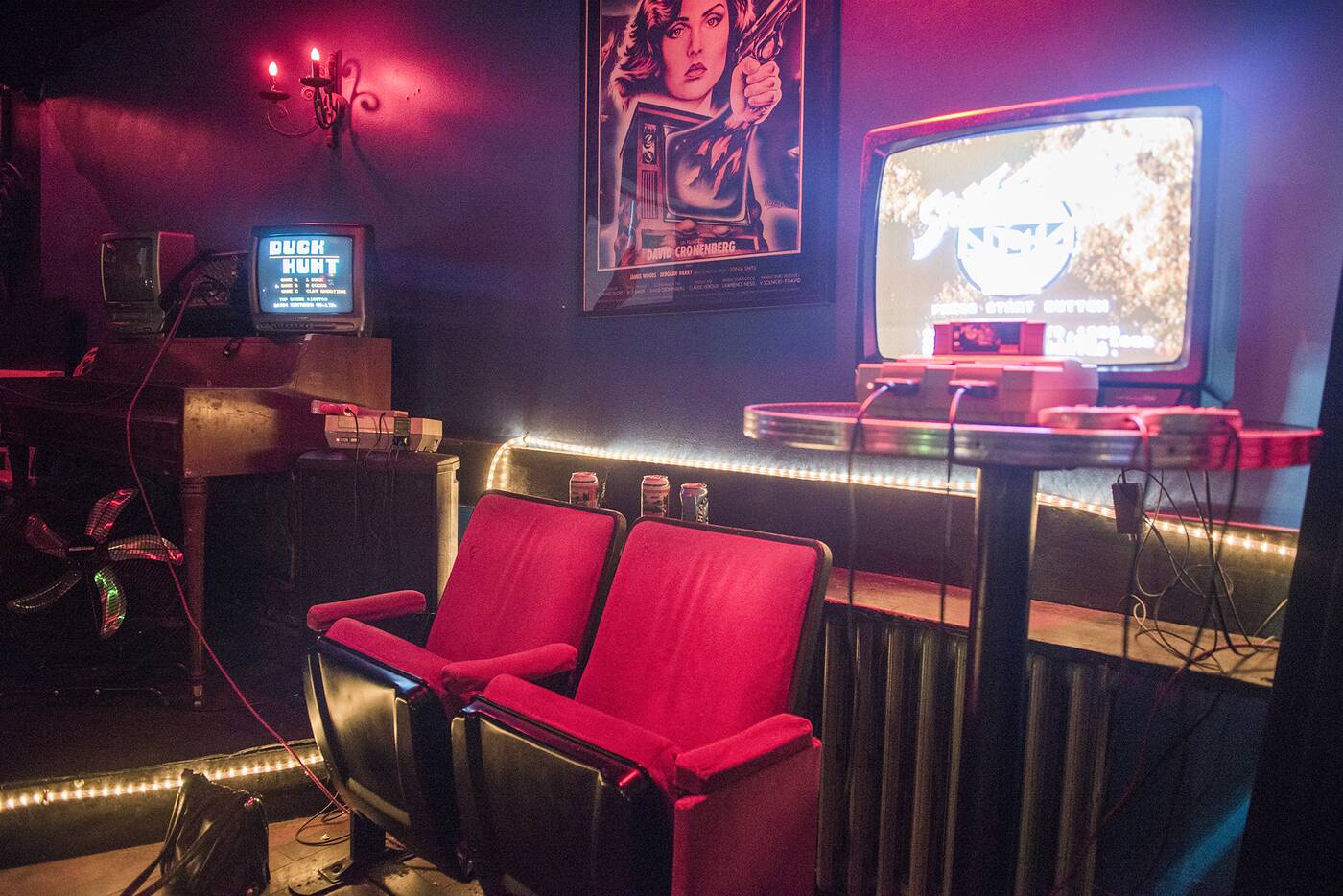 This is a cash only establishment, so come prepared, though there is an ATM provided in the basement. This is down a set of stairs, and there are a few short steps up into the bar as well, sadly making it somewhat inaccessible.

High tables and barstools are located at the front near the windows, which open to allow patrons to enjoy the night air when it's warm. 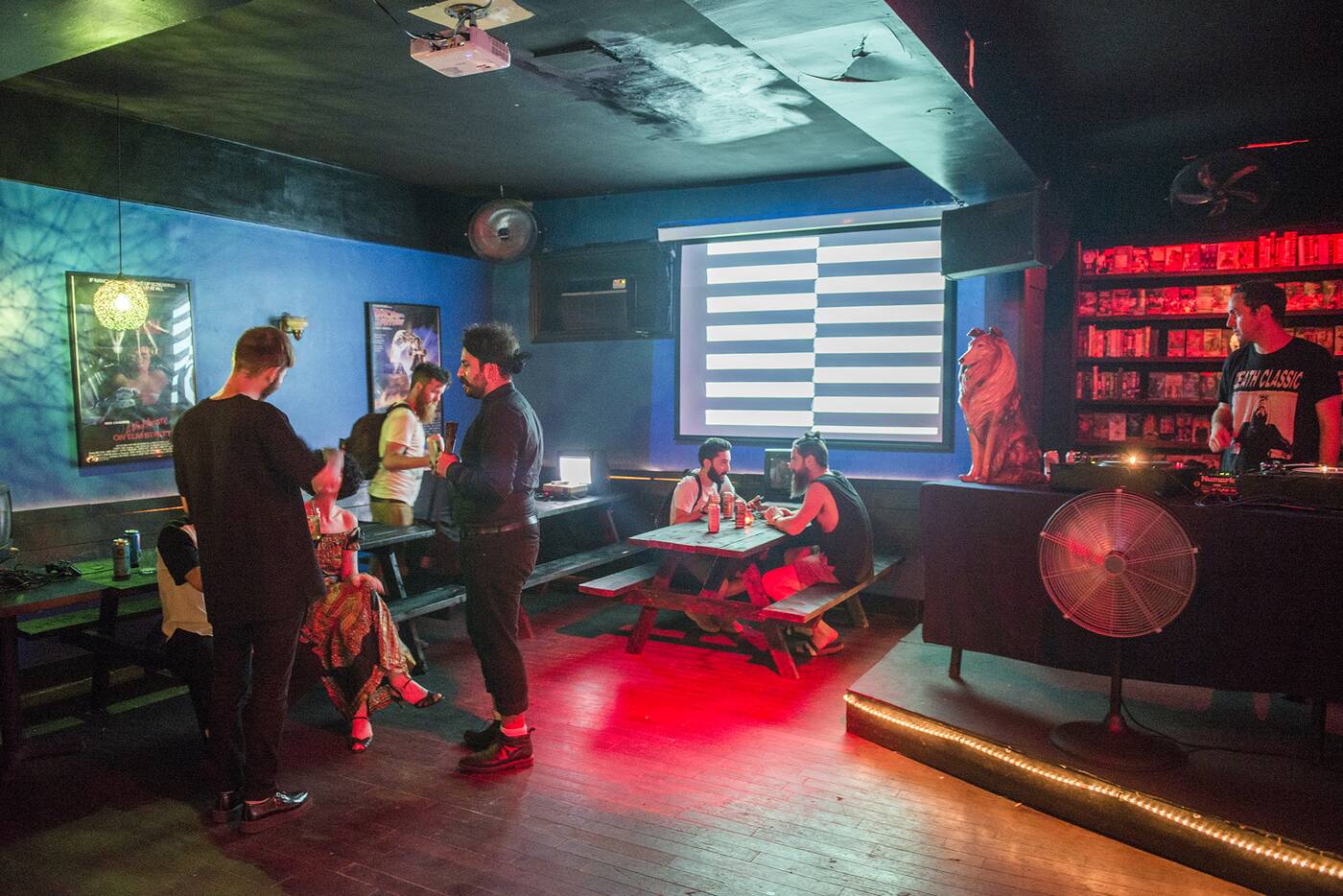 Other than that and stools around the bar, seating is relatively scant, but the space is open enough to allow for rearrangements of chairs for screenings and the like.

Along with the cash only restriction, the only beer available is in tall cans, but that's never posed a problem for Torontonians. Great Ontario beers from Ace Hill, Woodhouse, and Sidelaunch are all $6.50. 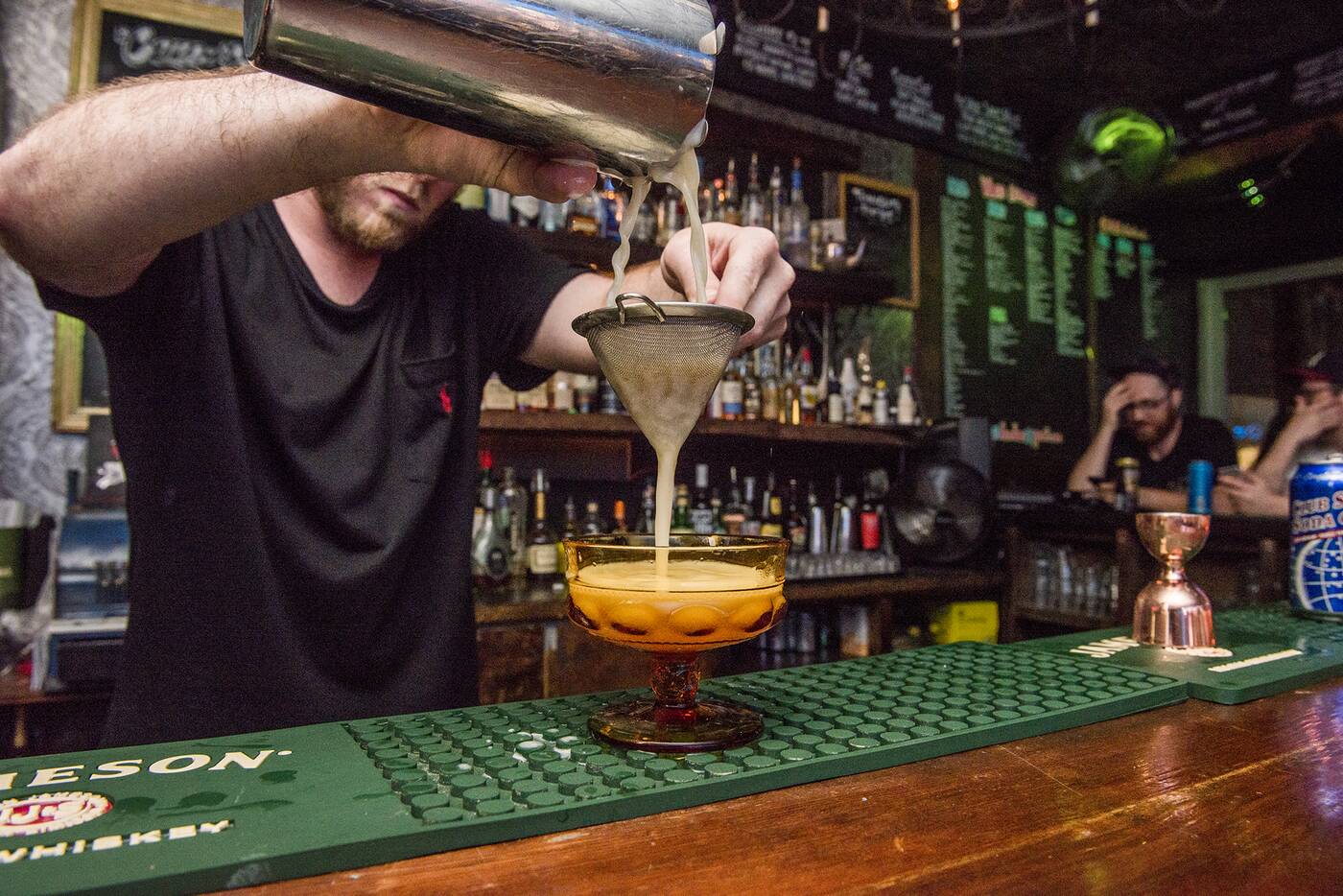 Dundas Video also serves cocktails, which range from classic mixed drinks to special house creations that reflect the cinephile element of the bar. The bartender suggests one of his personal creations, the Godfather Pt. II ($12.50). 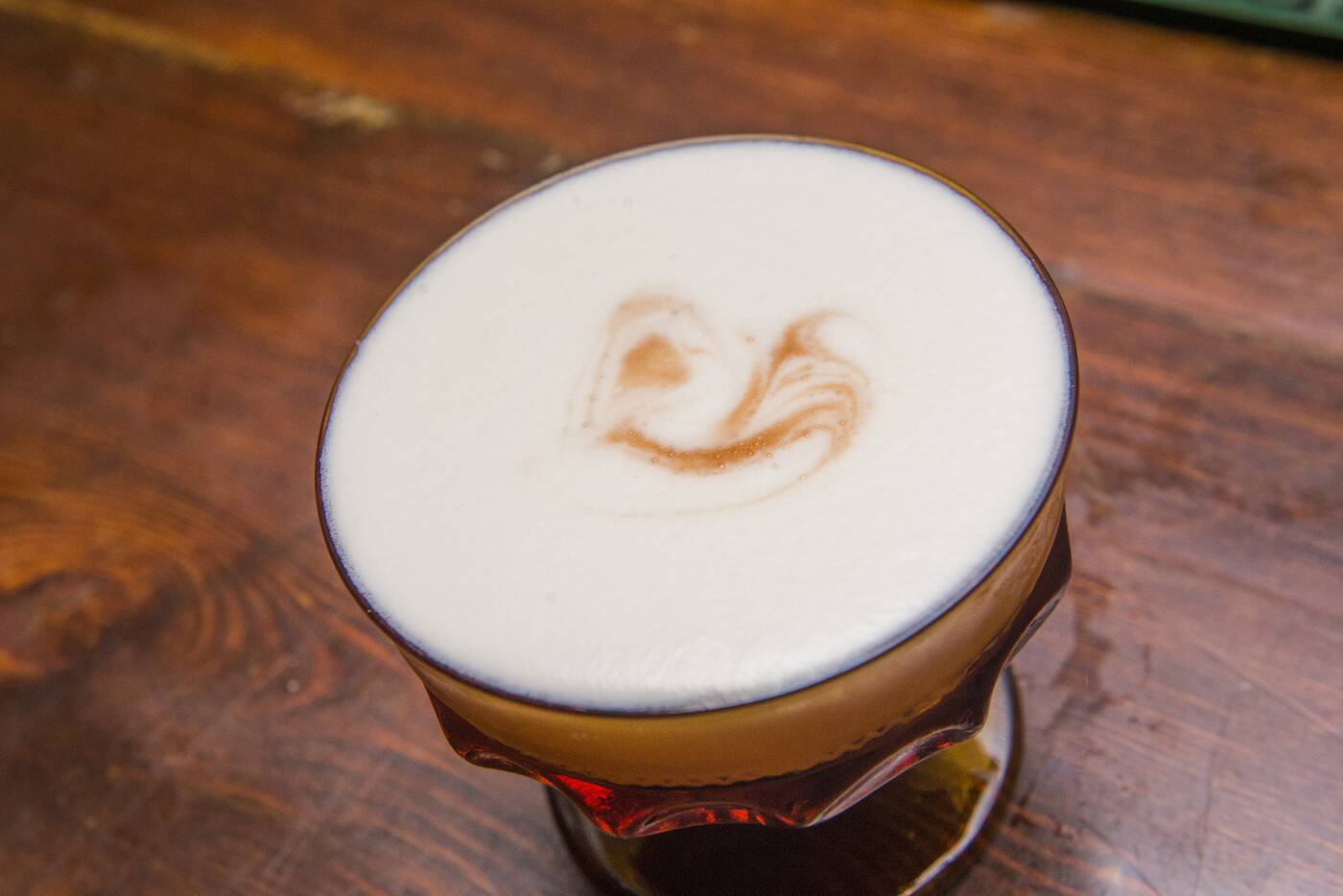 It's a movie in a glass, made with scotch, Amaretto Luxardo, Aphrodite bitters, lemon, egg whites and coffee syrup.

Dundas Video is easily identifiable by the upside-down hot pink triangle marking its black exterior, and more often than not the cluster of people gathered outside for events. Step through the door into a time warp and cheat-code your way back to the eighties. 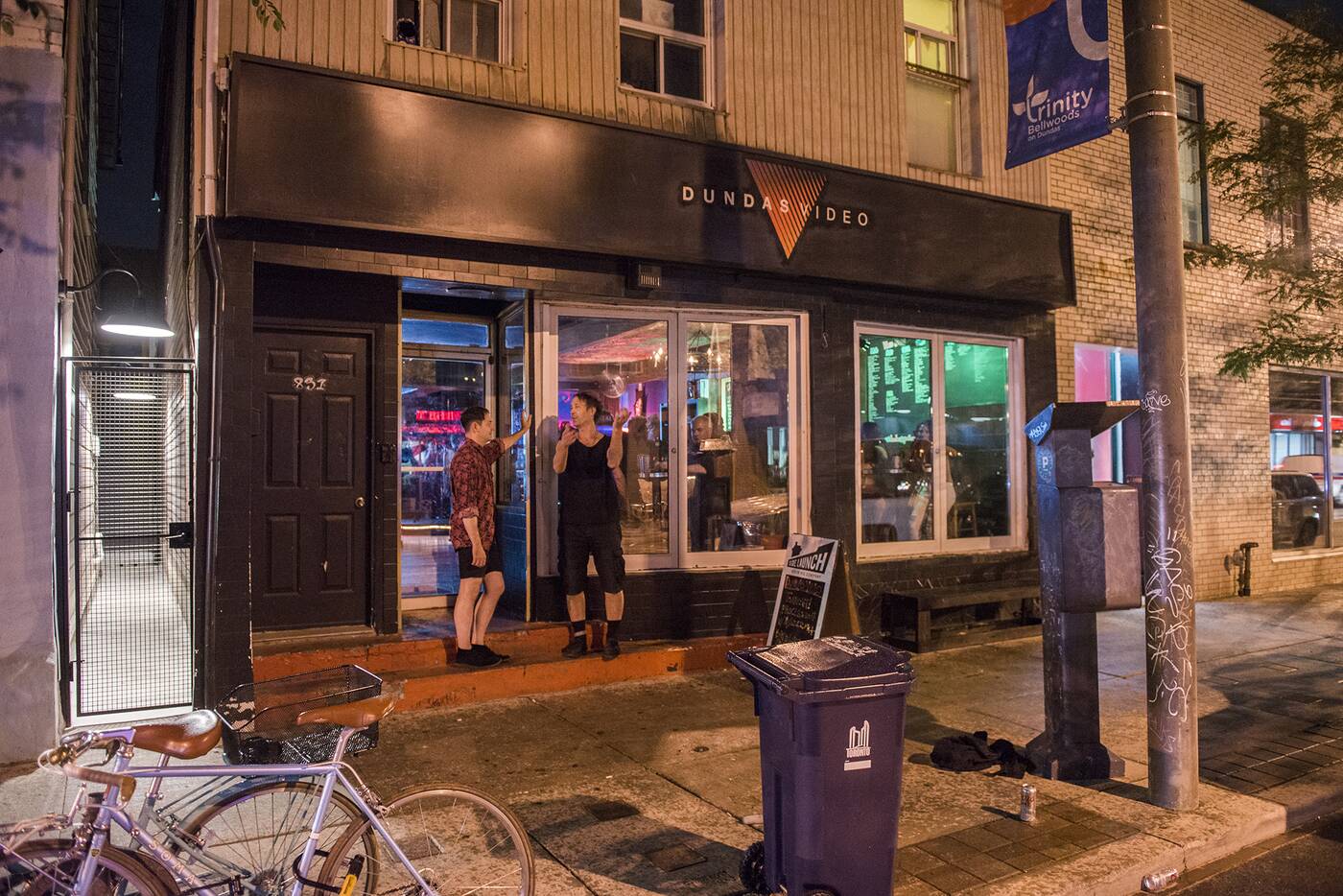