Prior to Capones, the basement was home to Bar Lokys, a Lithuanian legion-like pub that had been around for 50 years prior. 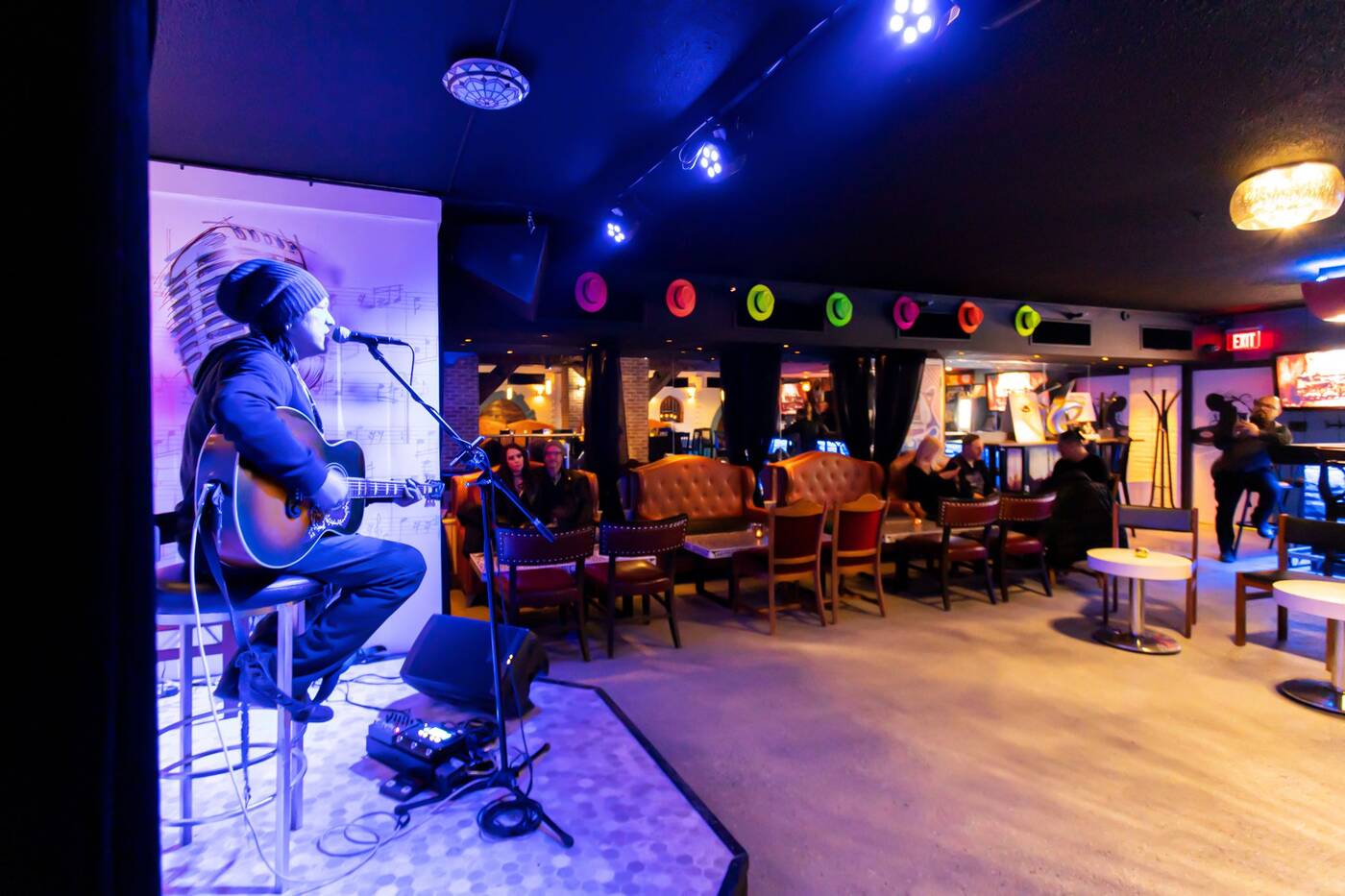 The space has a nightlife energy to it now, with much less wood, dozens of colourful neon lights, and a surround sound system, with a built-in stage. 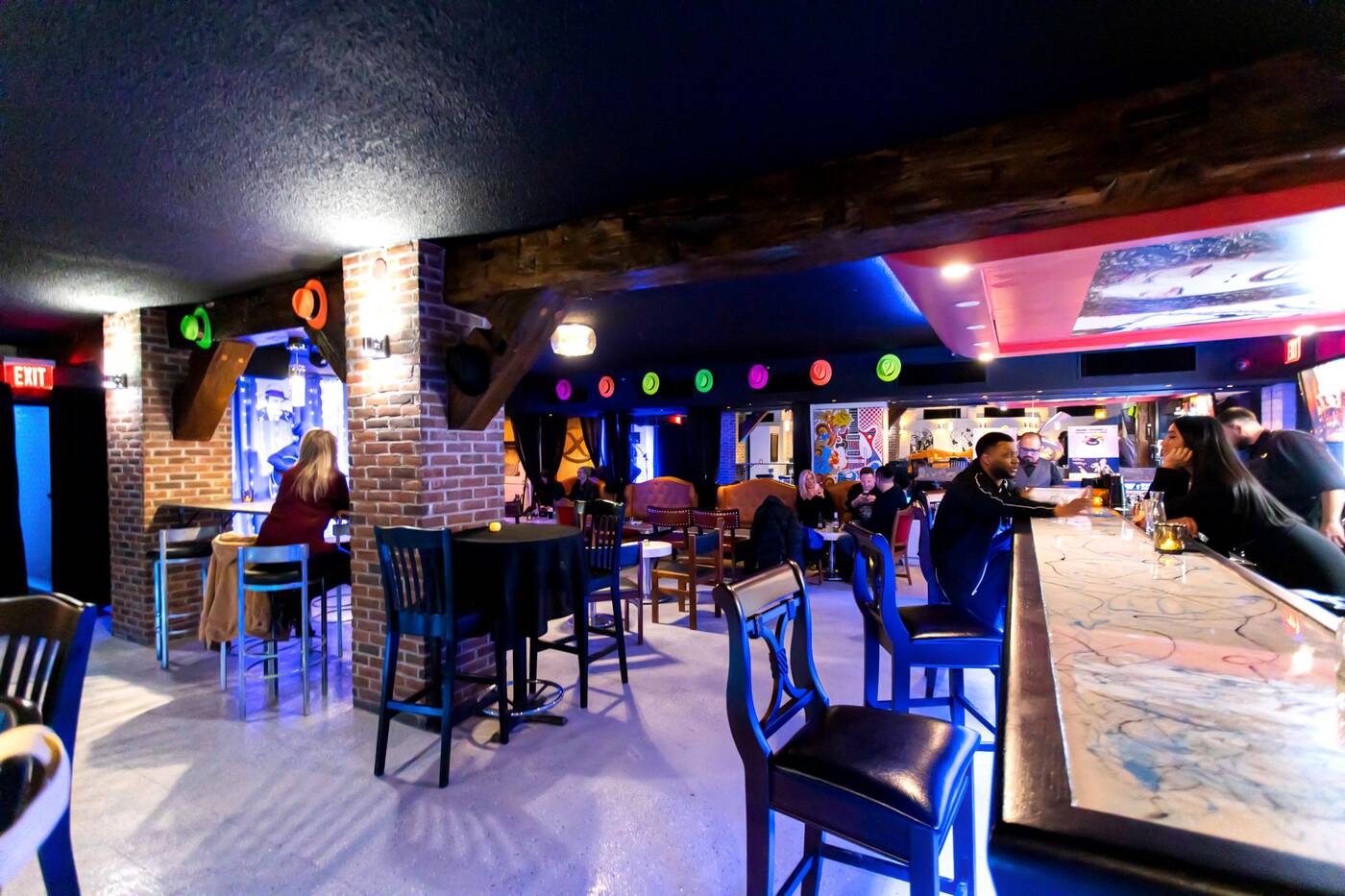 Owners Nelson Alfaro and Jake Pedler came together with their backgrounds in entertainment and real estate to build out an entertainment venue for this section of Bloor West, where Roncy and West Bend meet. 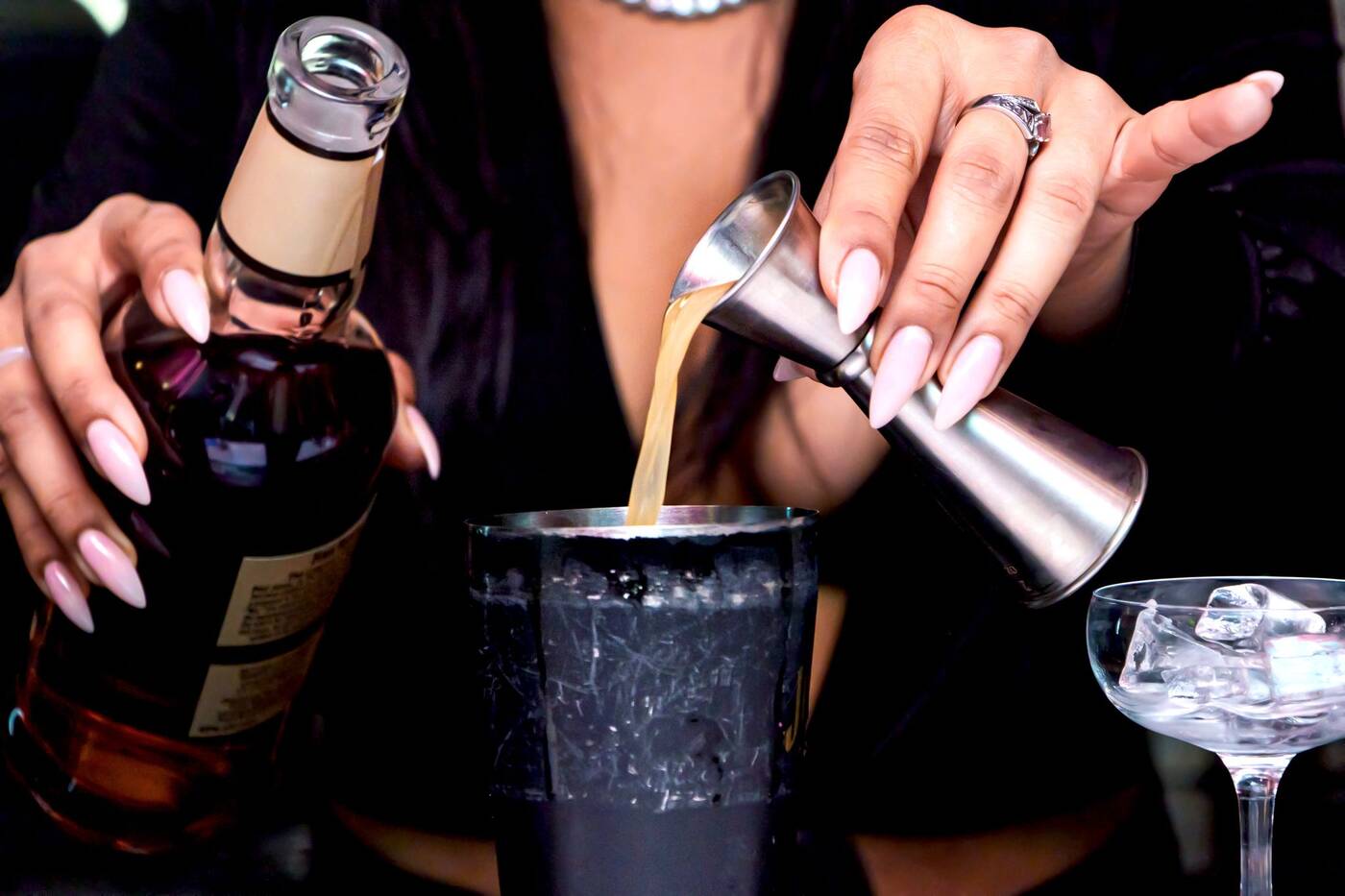 The block of Bloor between Dundas Street West and Keele is short of anything live-music focused, and has remained rather the same with a few quiet pubs. 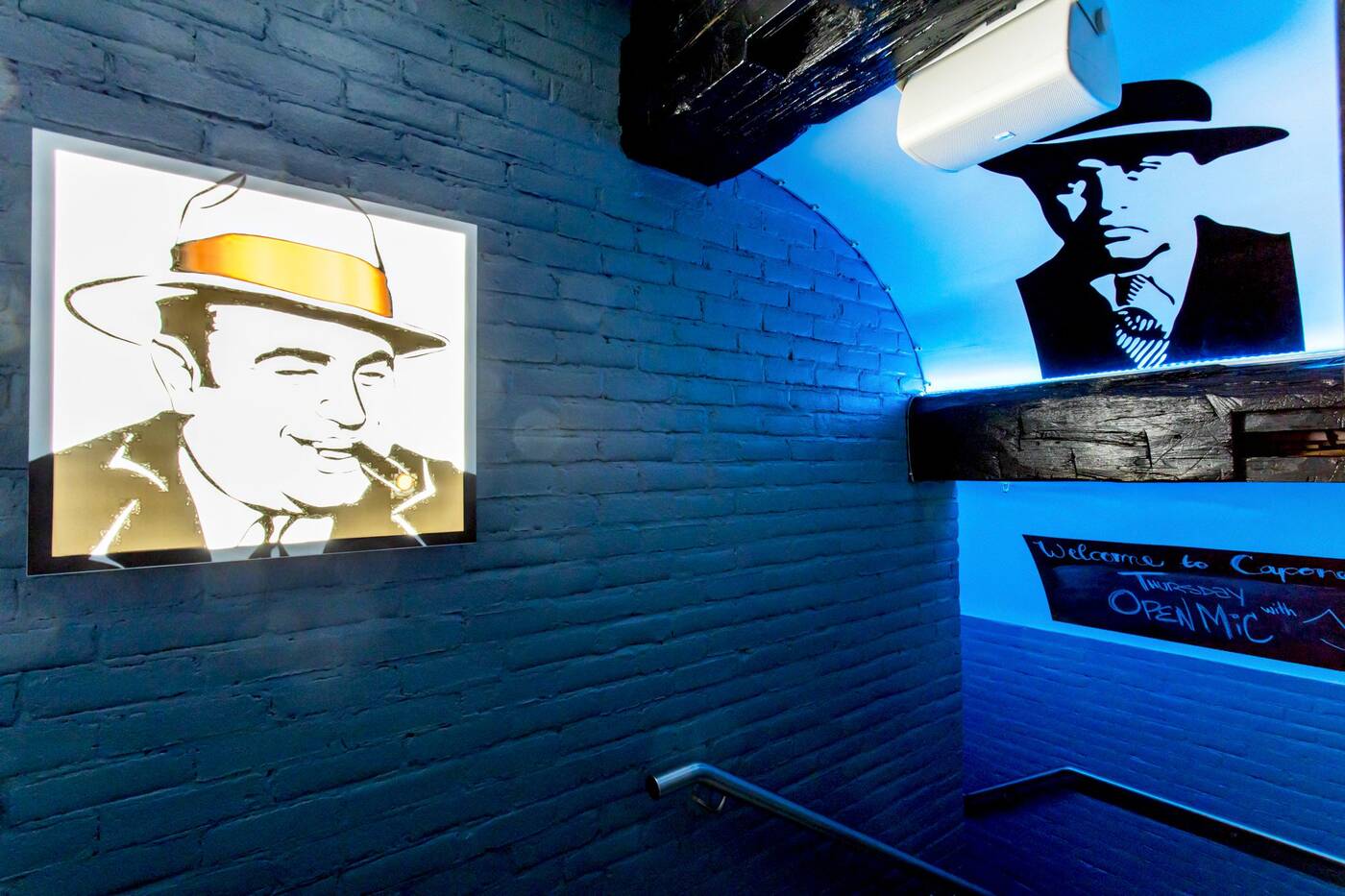 Capones fills in what the area needs, for those that desire a lounge-like feel without commuting all the way downtown.

The bar has a 1920s New York gangster theme, with bartenders and servers dressed to the nines, in fedoras and vests. 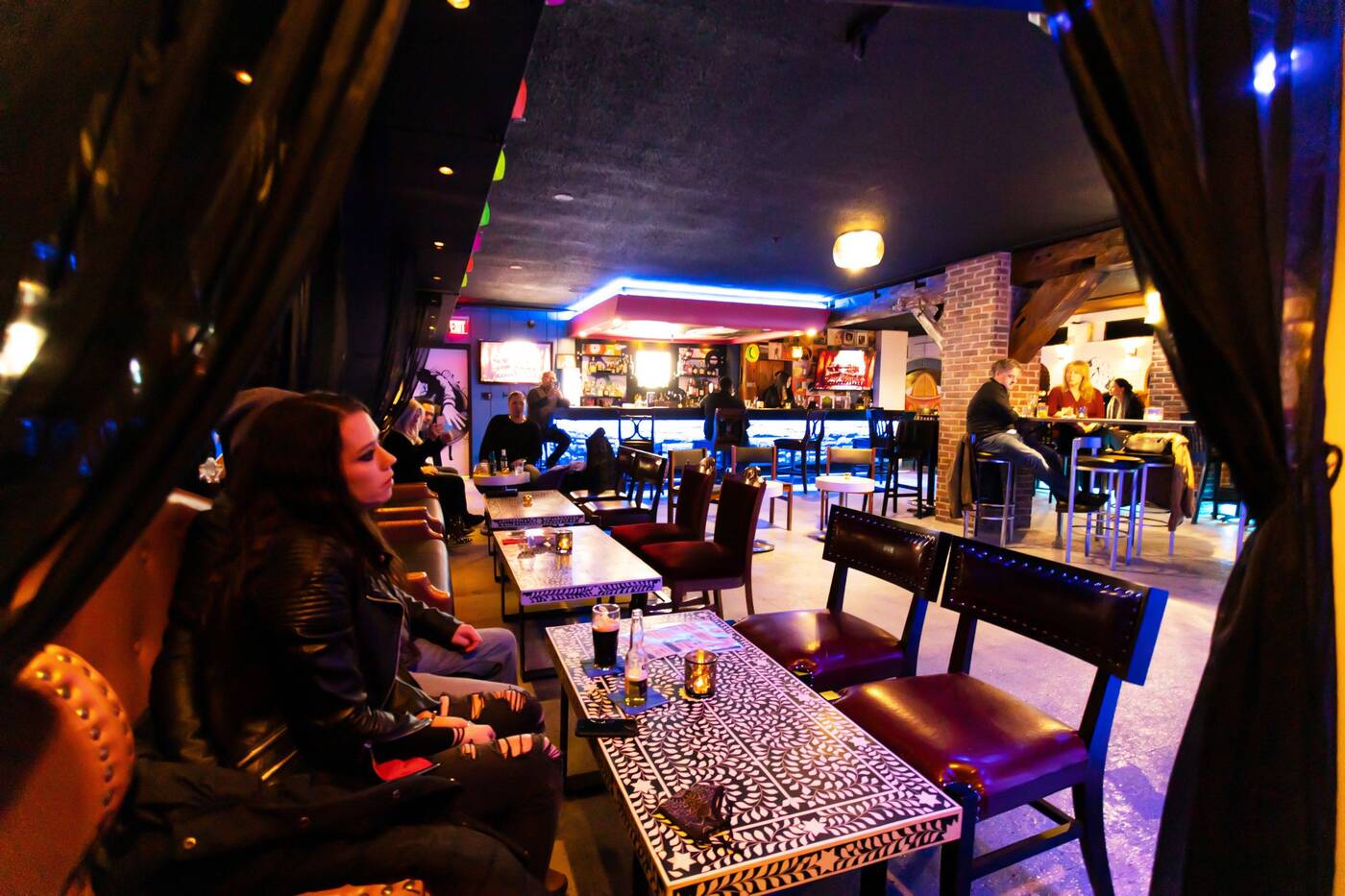 Pick your choice of either a private or public booth lined around the space, and enjoy music with a group of friends or in a one-on-one scenario. 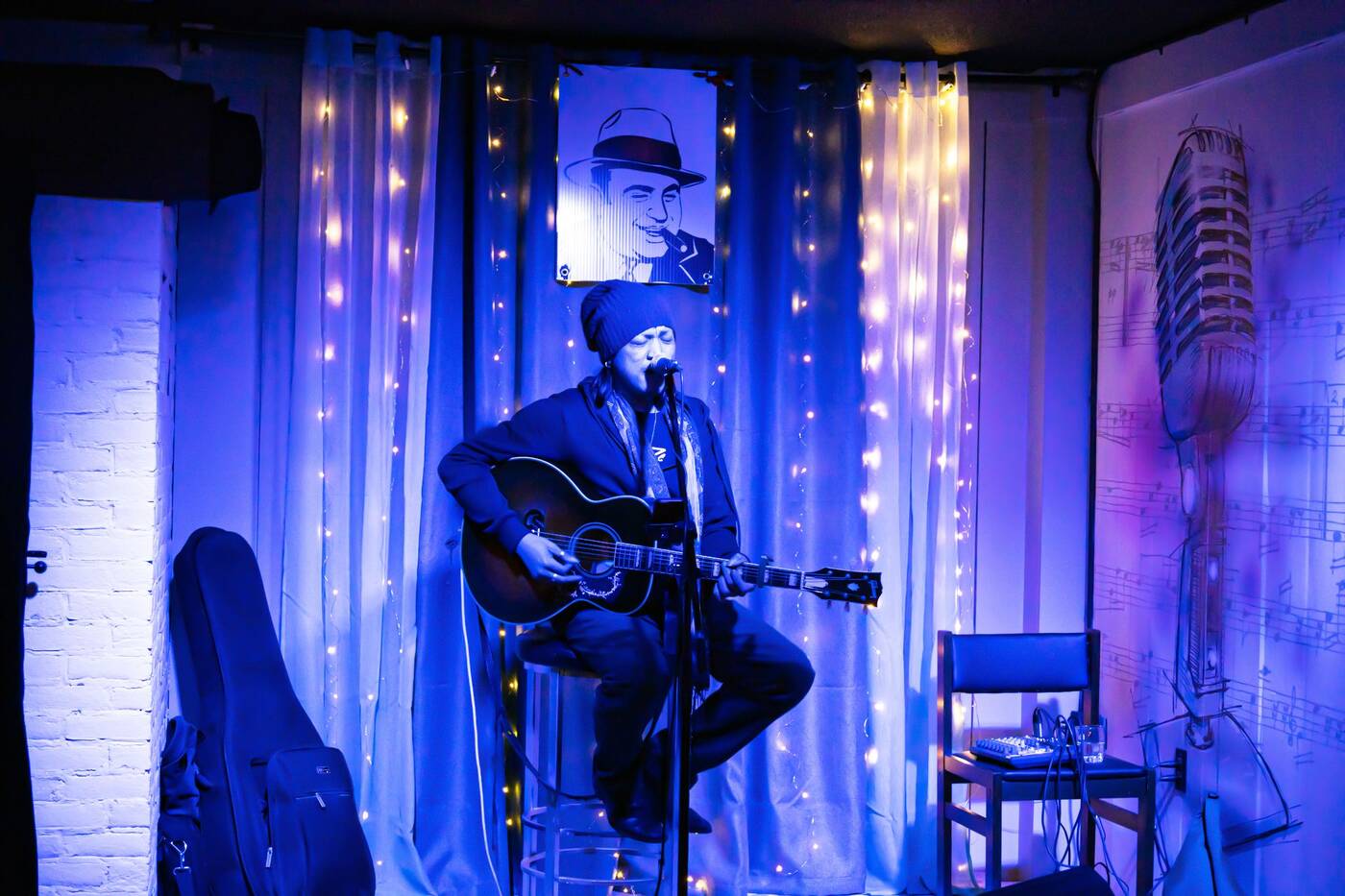 Every Wednesday, Capones hosts a live band, Thursdays are for open-mic nights, Fridays you'll hear jazz, while the weekends are for DJs to play or host karaoke on Sundays. 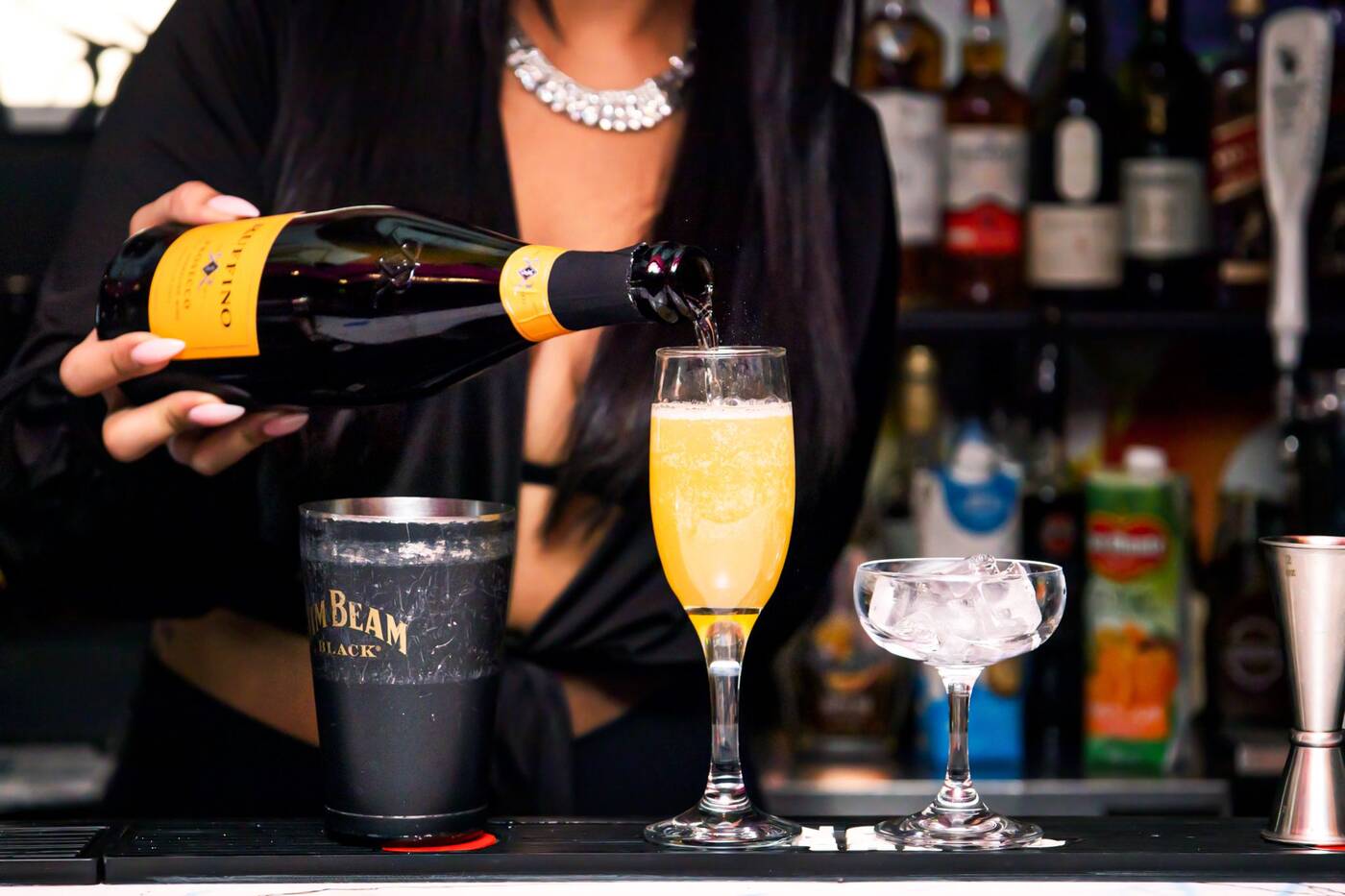 Capones has a list of well-developed house cocktails to try. The Bella-ini ($12.00) compares to a simple mimosa, without the orange juice. 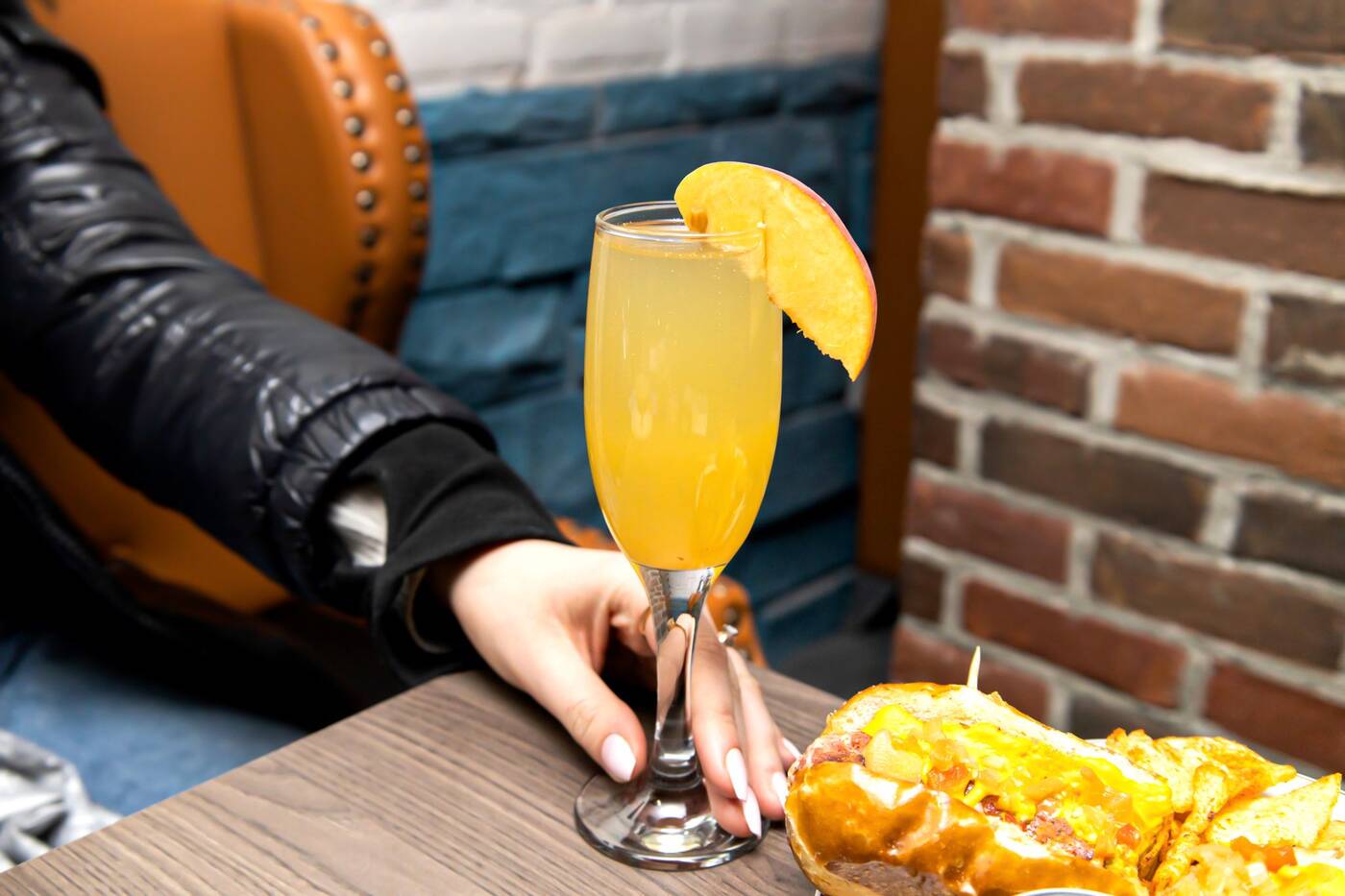 Instead, six ounces of Prosecco is combined with peach nectar, and a peach slice to garnish. Pleasantly sweet, for those who don't want a strong alcohol taste. 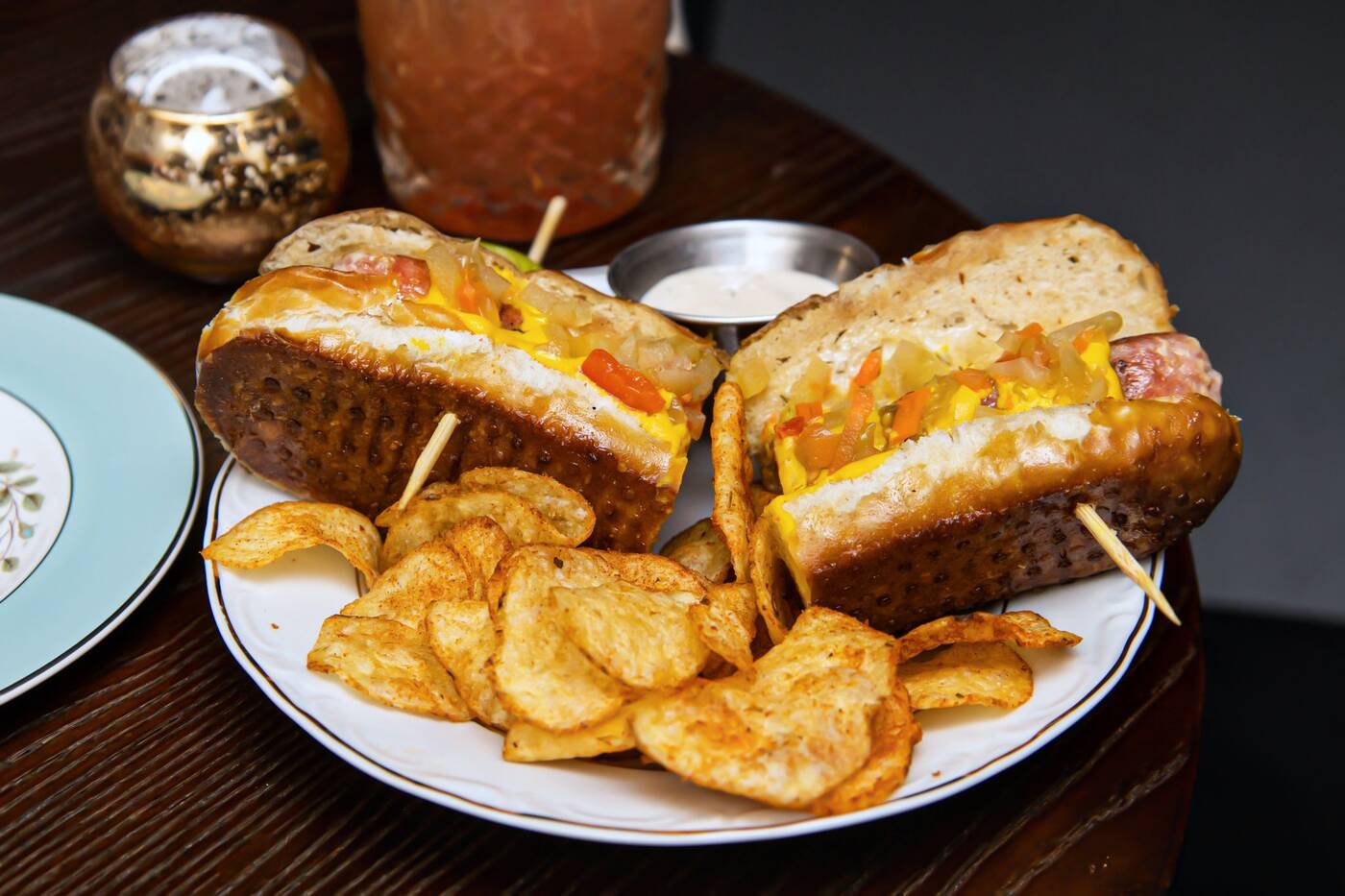 If you're looking for a quick bite to eat before the show, Capones also has a few sandwich offerings. 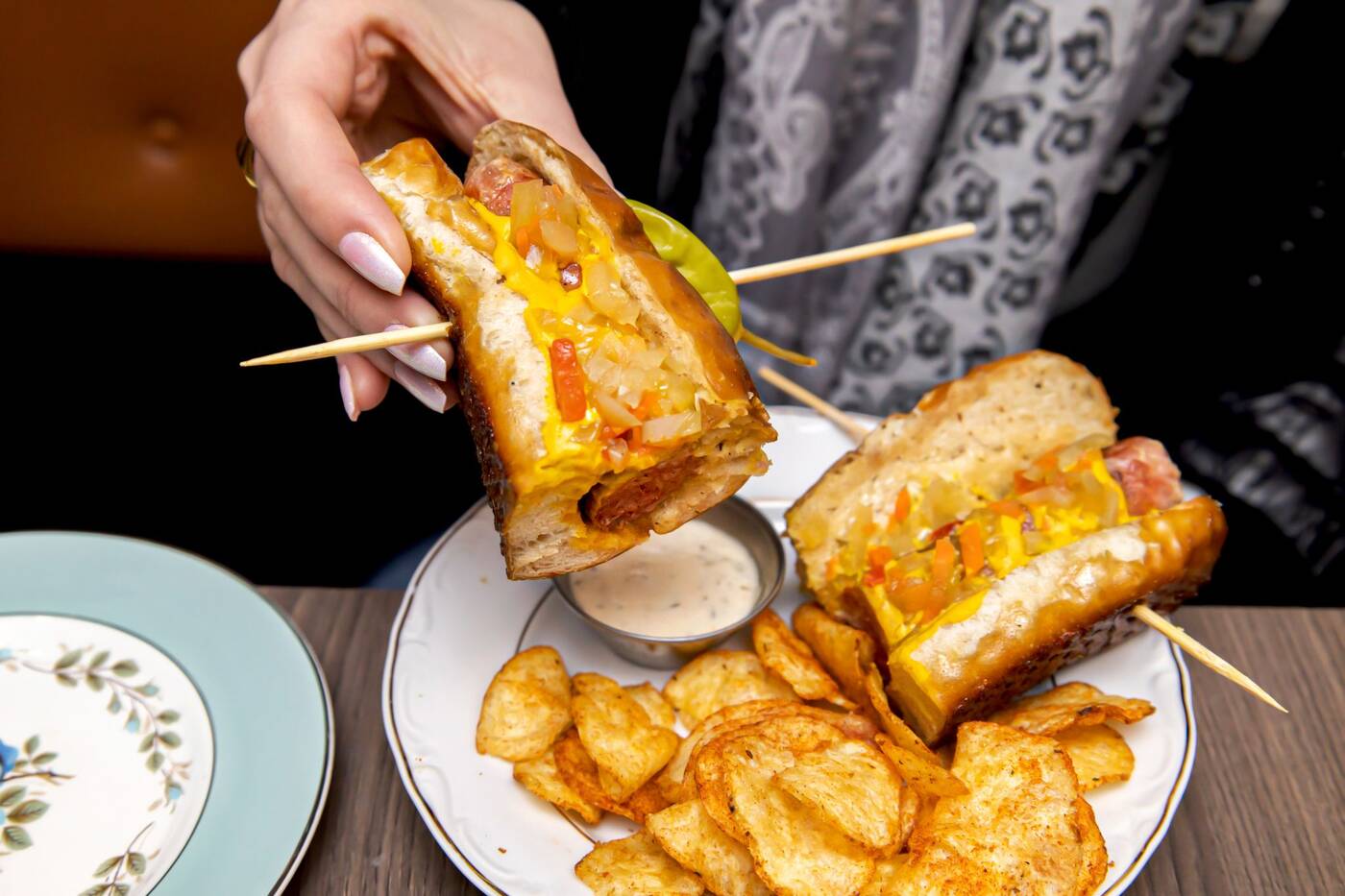 The Chicago ($15.00) has a garlic sausage served on a warm pretzel bun. Toppings include pickled-vegetable relish, mustard and house dill aioli. Snack on the house kettle chips on the side. 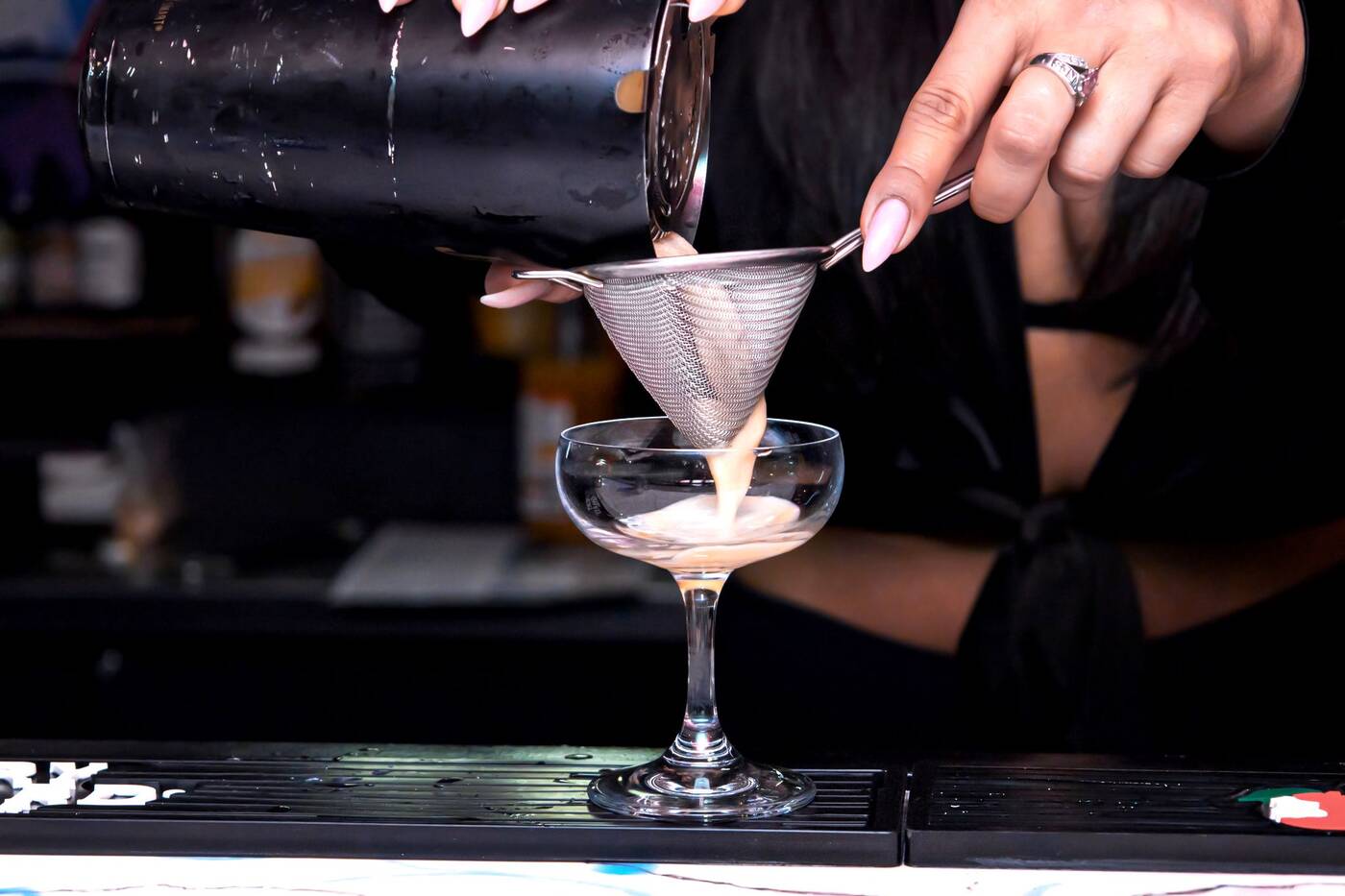 The Bar Loky ($13.00) is an ode to the Lithuanian pub that sat here before Capones came in. It's similar to an alcoholic iced coffee in taste, both creamy and refreshing. 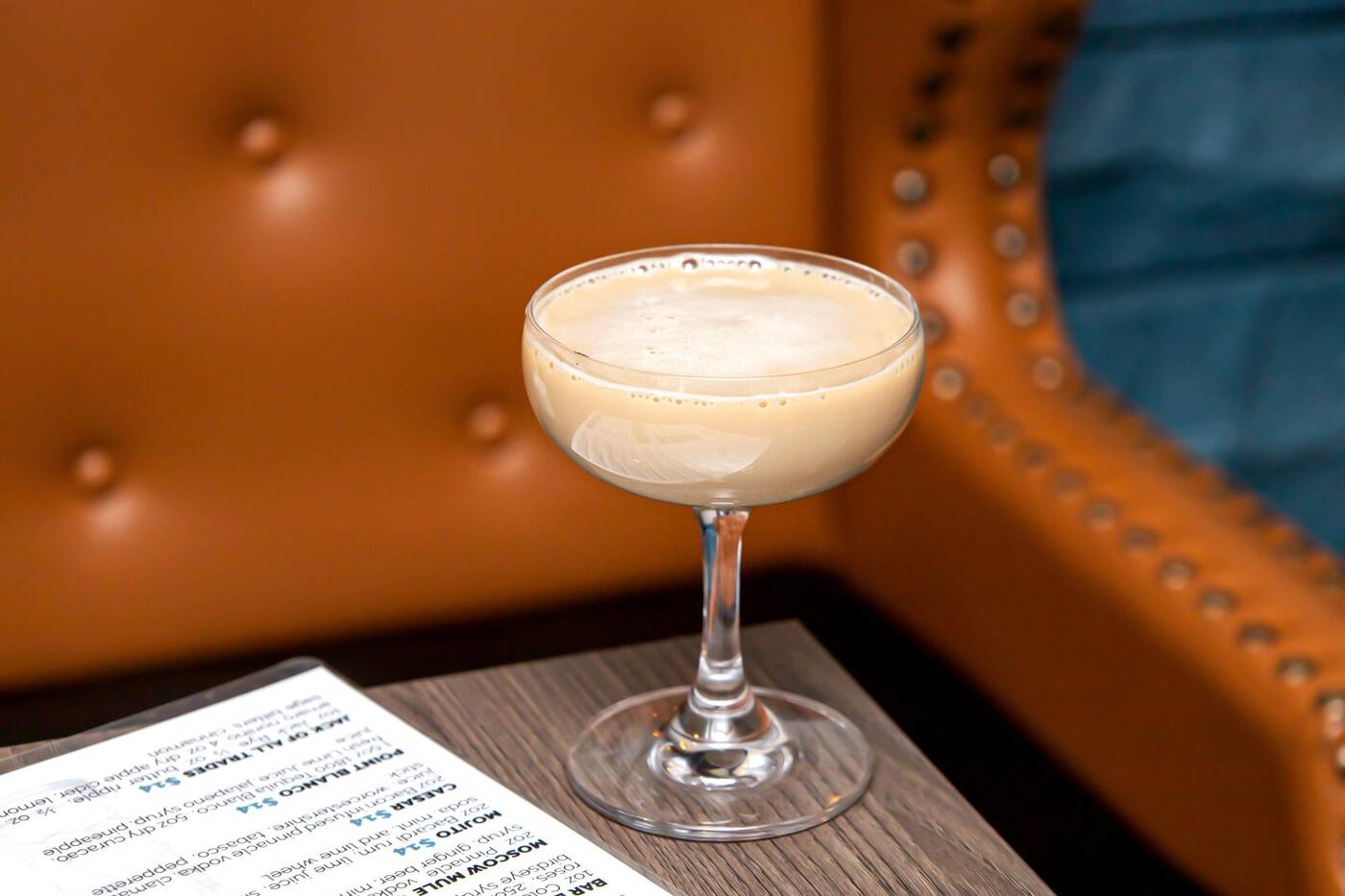 One ounce of cold brew espresso is shaken with Four Roses bourbon, Irish Cream, and a pinch of cinnamon and Birdseye simple syrup. 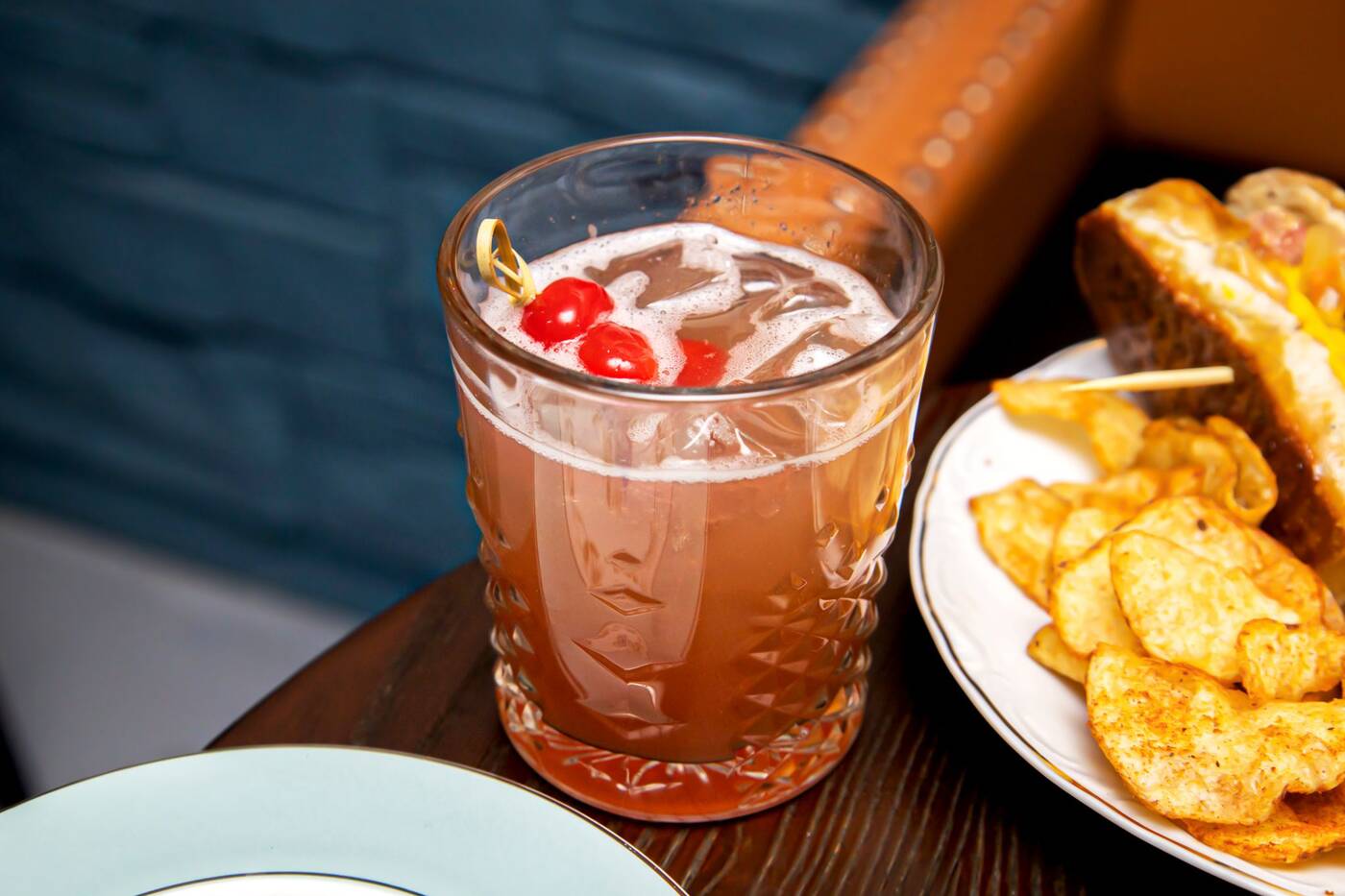 The Capone Punch ($14.00) is the last house cocktail we tried on the menu.

Rum lovers will enjoy the tropical feel of this drink, as it has Plantation rum and Creme de Cassis, a liqueur made from blackcurrants. Peach Schnapps tops the rest of this drink along with pineapple, orange juice and soda. 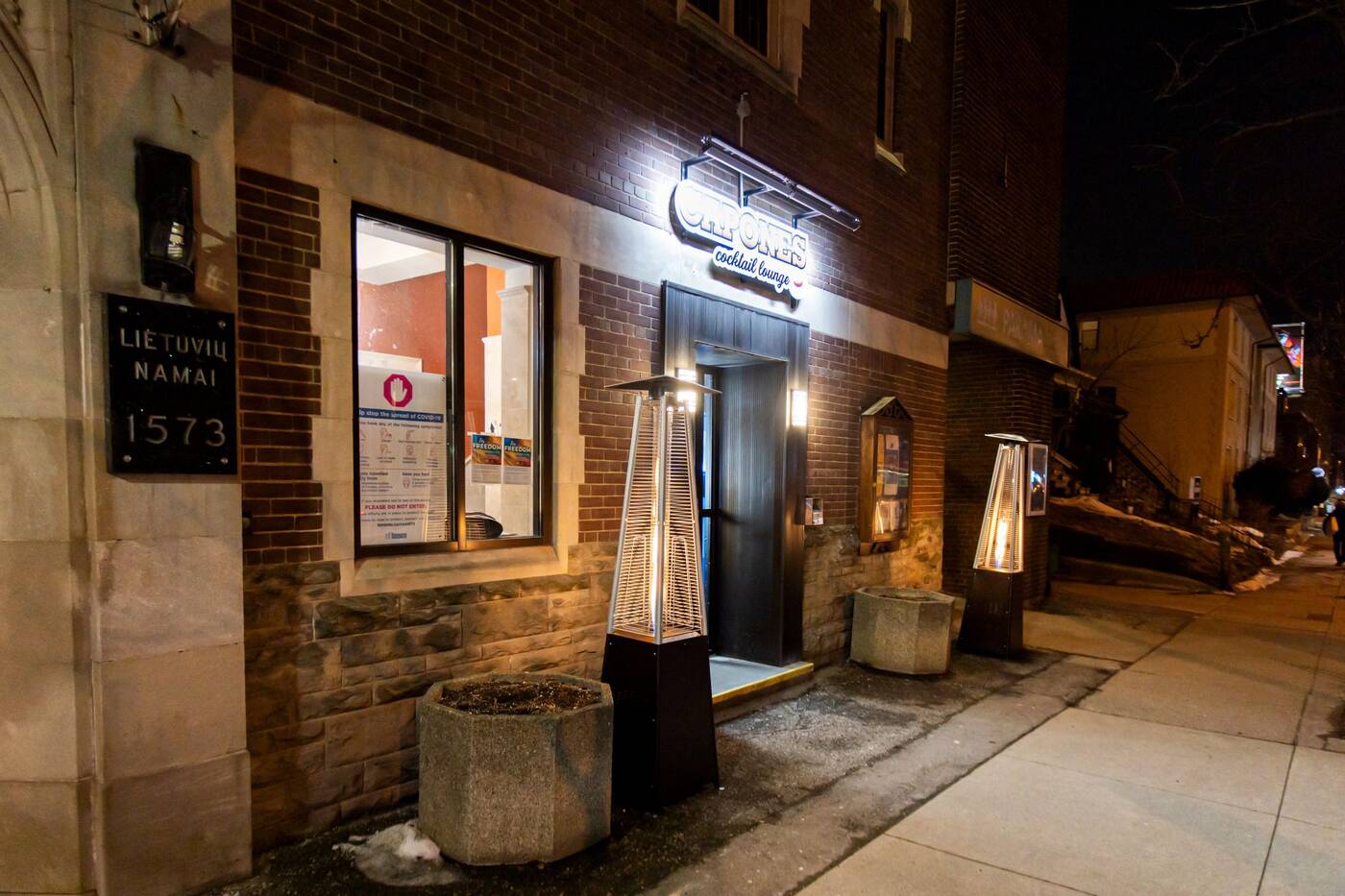 Prepare for some lineups outside of Capones on Fridays and Saturdays. The bar is located directly beside a Lithuanian Banquet Hall and church.