Tartistry is a sweet little spot on Kipling in Etobicoke that's truly one-of-a-kind. For starters, there's their menu of flavoured butter tarts, which owner/baker Michele Roberts dishes out in several different flavours that go beyond brown butter, all set atop a rich, buttery crust.

Fitting, then, that their in-house selection of antiques offers that homey atmosphere in spades. Tartistry doubles as an antiques shop, with all of the furniture and knick-knacks in the bakery - from the tables and chairs available for sitting and snacking to the teacups and art lining the walls - available for sale, with nothing under $400. (Roberts does all the restoration, too.) 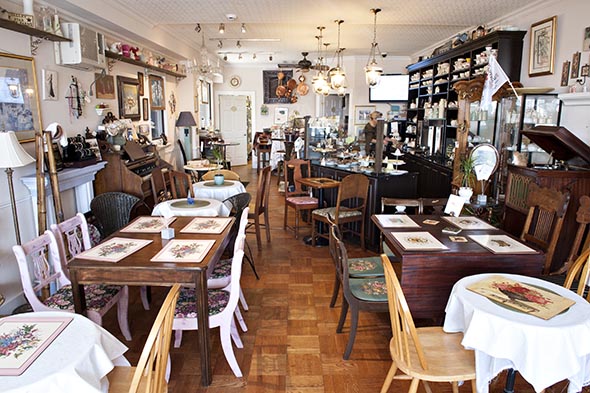 How does one come to open an antique shop/bakery? Part of it, she says, was a lack of space for her hobby. "I've been collecting stufff for some years. I'd find a broken armoire, bring it back to life, and then it goes in the house ... and the house became pretty crowded." The greater tale is that after 25 years in the insurance world, Roberts decided to devote her time to something she was passionate about. The shop, she says, is "everything I love in one spot." 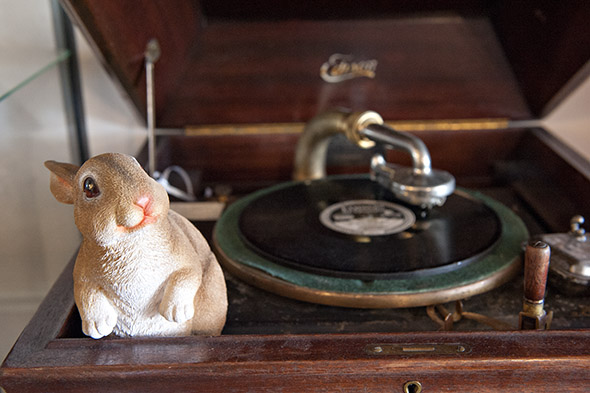 When Roberts and her husband made up their minds to open the bakery two years ago, they hadn't planned to specialize in any items in particular. "We started experimenting before we opened to make things and give them to friends, run stuff by people. As soon as you said 'butter tarts' to anybody, they went into a trance." 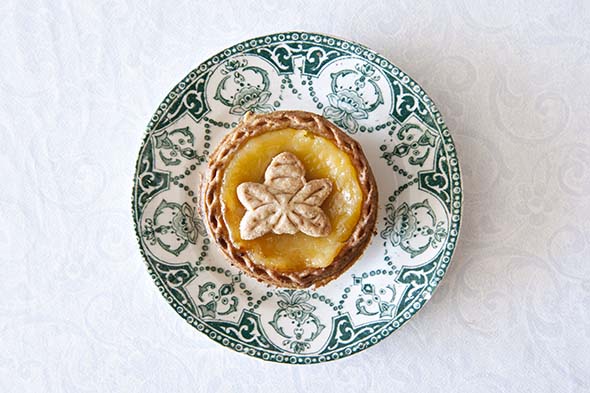 To satisfy multiple types of baked good cravings (and to keep Roberts from getting bored), they also offer chelsea buns, carrot cakes, scones. brownies, and other treats. "The one thing everything has in common is 100% butter. It's barrel-churned butter - butter that, at Whole Foods, costs 10 bucks a pound. It's butter that you could just slice off and eat."

Indulging in tarts seems like a far more refined way to go about things. The roster of options ($3.05, $16 for 6 or $24 for 12) includes classic butter, raisin (the inclusion of raisins is so controversial among butter tart purists, she says, that she had to satisfy both camps), pecan, maple walnut, blueberry and raspberry. (Gluten-free options are available as well.) 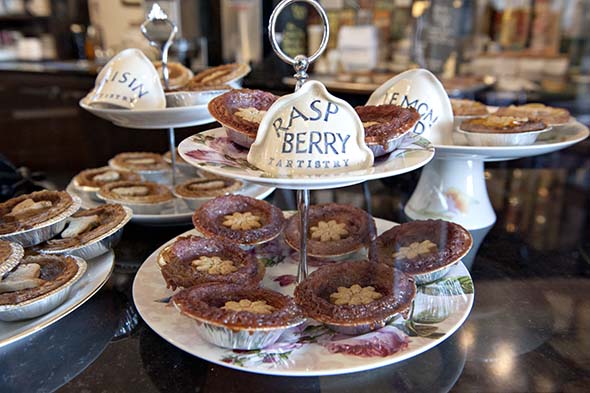 The raspberry piqued my curiosity. Butter tarts are all about pure, rich flavour, but its raspberry relative isn't nearly as sweet or jammy as you might think - the fruit in the mauve-coloured filling lends a subtle sourness to the usual sugary onslaught. The all-butter recipe pays off - there's a beautiful buttery aftertaste that lingers long after the last swallow. 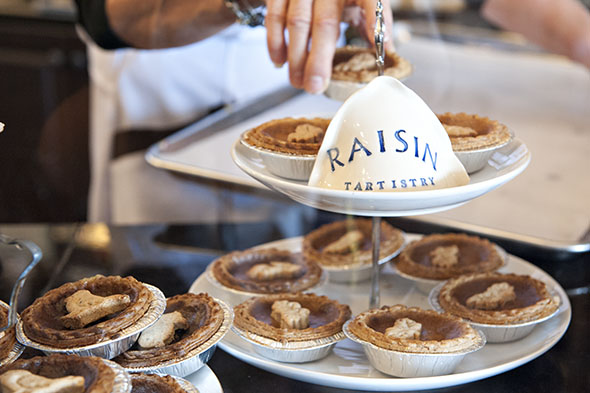 Roberts also takes the tart in a few other directions, with lemon curd, s'more, chocolate peanut butter and almond white chocolate. To the left of all these treats on the shop's back counter is an espresso machine that kicks out americanos, lattes and mochas with beans from neighbouring roastery-cafe Birds and Beans . 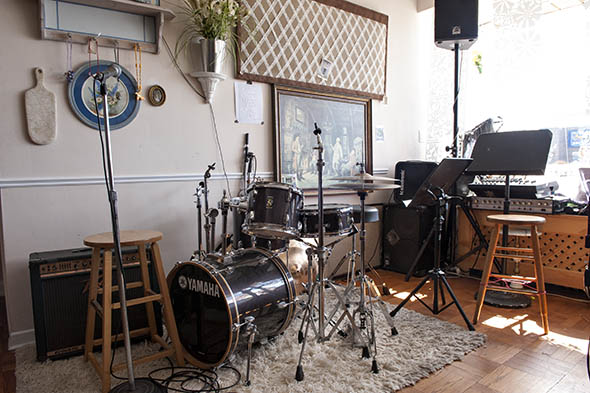 Swing by the shop on Saturdays, and you might be able to catch some live jazz. Roberts says a group of musicians approached her looking for a spot to jam; in two years, she says, they haven't missed a weekend. (She keeps them well-caffeinated.)

Between the antique chairs and cozy decor, the butter-based snacks, the hot coffee, and the soothing tunes, this might be the most mathematically perfect stress-busting environment in the west end. In fact, a proud moment for Roberts came recently when a little girl entered with her family and piped up: "Whose house are we in?" 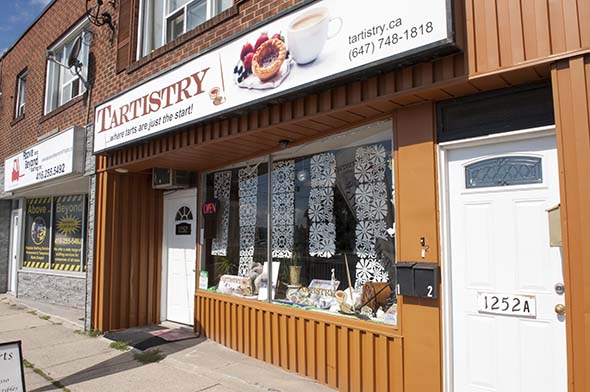