Patchmon's Thai Desserts is currently open but their offerings and services may be affected due to the pandemic. Please contact the business directly for more information about any changes. Is this your business? Please contact us if you would like to update this message.

Patchmon's Thai Desserts is a family-run operation that caters to the Thai community craving sweets from back home and is equally welcoming to those who've never tried them before but wish to.

The woman behind the desserts is Patchmon Su-Anchalee, who moved with her family from Thailand to Canada over a decade ago to give her daughter a better education. (Now that daughter, Aleen Tangsubutra, helps her mom with the shop.) 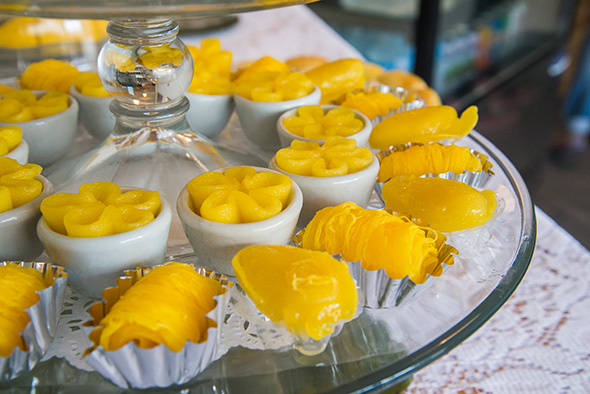 Although she's mostly self-taught, Su-Anchalee learned a lot in terms of baking techniques and how to run a successful biz when she worked at the Ace Bakery headquarters; the "& More" refers to the fact that she also knows how to make cakes, eclairs and other Western desserts, but she'd rather focus on Thai ones instead of competing with other places. 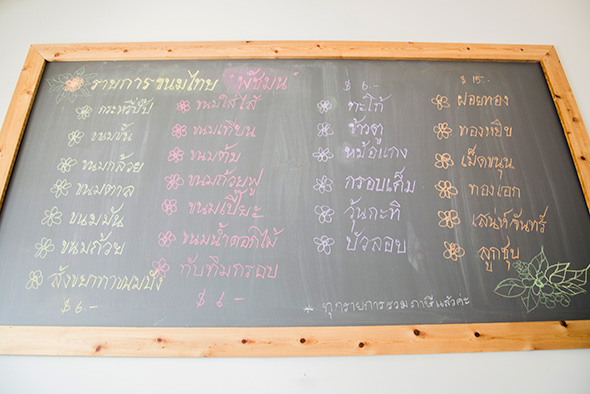 A menu on the wall all written in Thai is split into packaged $6 desserts (all prices include tax) mostly made with rice and tapioca flour - although they can't guarantee that everything is gluten-free - and $15 "auspicious" desserts for special occasions. 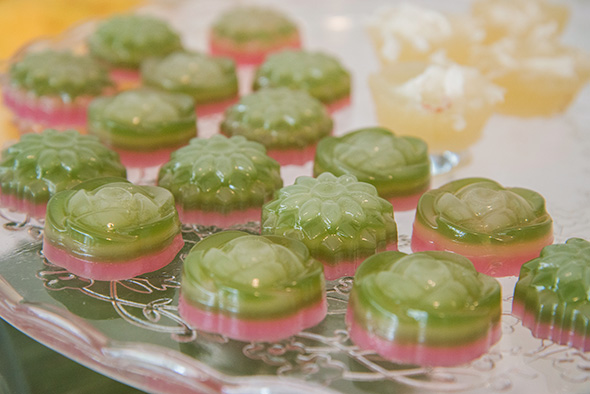 Samples allow you to try before you buy, and my personal fave is the rose-shaped Thai coconut layer cake (kha-nhom chun ku larp), which doesn't really follow the Western idea of cake; this is more gelatinous and chewy, and it's steamed instead of baked.

There's a subtle sweetness, the distinct flavour of coconut cream and the tropical scent of pandan leaves. 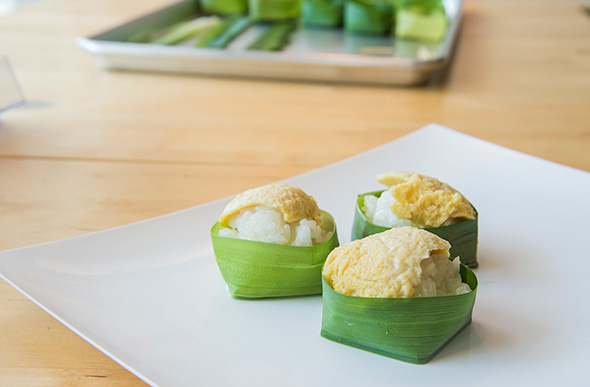 Another fave is sweet tapioca with coconut cream (ta-goe). A lower layer of tapioca mixed with sweet corn and young coconut is topped with coconut cream and wrapped in a pandan leaf. It's an intriguing combo of textures and flavours: "I don't understand it, but I really like it," my bakery companion tells me. 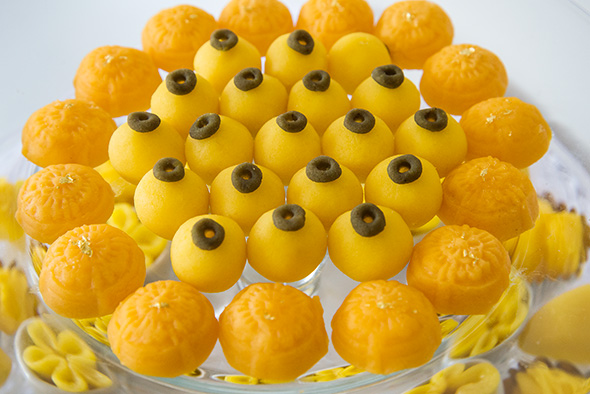 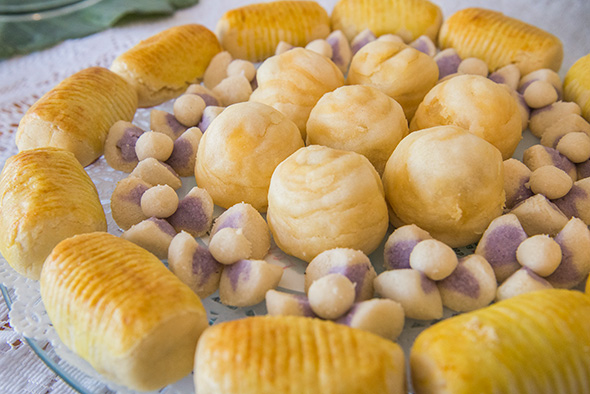 The mooncakes are filled with mung bean paste, and unlike the Chinese version, they don't contain any egg yolks. Like the flower-shaped cookies, they're scented with a lit candle to give them a unique fragrance and flavour.

As for the $15 special occasion "auspicious" desserts, they each have a special meaning: golden egg yolk threads (foi thong) - each a spool of continuous "string" - are meant to represent long-lasting love; pinched golden egg yolks (thong yib) - flower-shaped pancakes doused in jasmine syrup - symbolize prosperity and wealth; and so on. 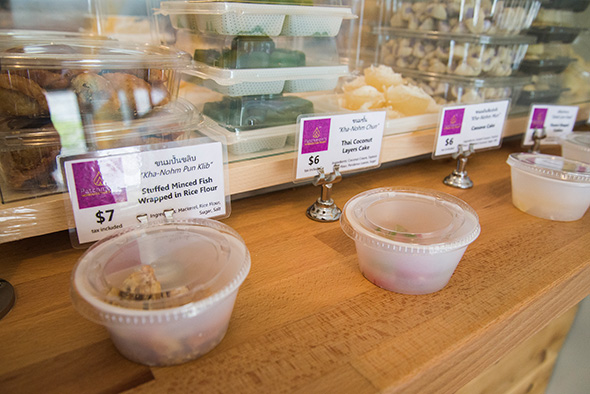 These desserts are time- and labour-intensive to prepare and should be ordered four days in advance. Su-Anchalee tries to stay as traditional as possible with the ingredients and sources as much as she can from Thailand. She uses chicken and duck egg yolks to naturally achieve the deep yellow colour in her sweets, and that effort is a point of pride. 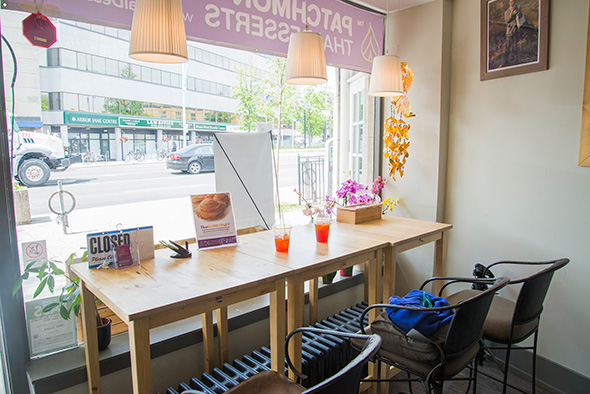 Take note that Patchmon's is only open Wednesdays to Saturdays, and is cash only. As the first Thai bakery in Toronto - and possibly even in Canada - this place is definitely a "sweet" place to visit for dessert lovers looking for something a bit different. 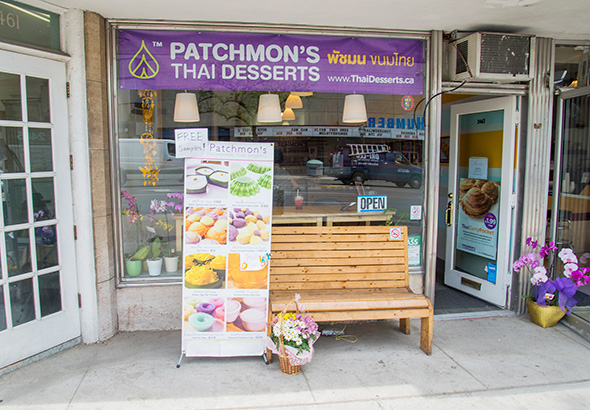