Narin Pastry is more than just a just a bakeshop near the corner of Danforth and Broadview. Rather, this is a spot where you can get a full Turkish breakfast, fresh juice squeezed to order, and yes, plenty of Turkish pastries.

Narin on Danforth is actually the second of its kind, with a flagship store up at Wilson and Dufferin. The original store features mostly breads and desserts, whereas this new location also offers hot and cold sandwiches and a salad bar. 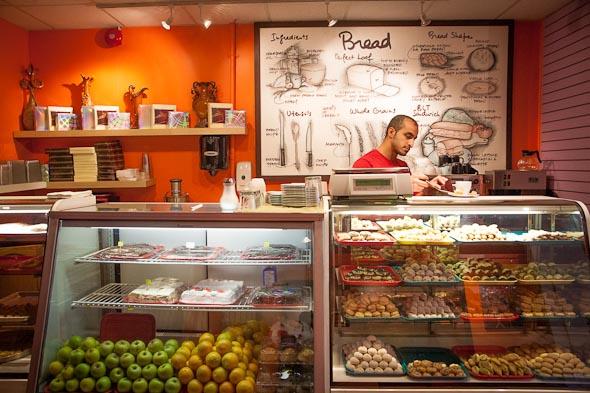 Open for a couple of months now, the shop is mostly empty when I stop by except for one woman who comes in for a kumru sandwich ($5.49) and freshly pressed apple juice ($2.25). I get to chatting with Umit behind the counter, who tells me his brother-in-law opened up the first Narin Pastry (then under a different name) about six years ago.

"He wanted to move into this area," Umit says, "because there's nothing like this here."

"This neighbourhood was missing something different," he continues. "So he thought the Danforth would be a good place to promote Turkish specialties." 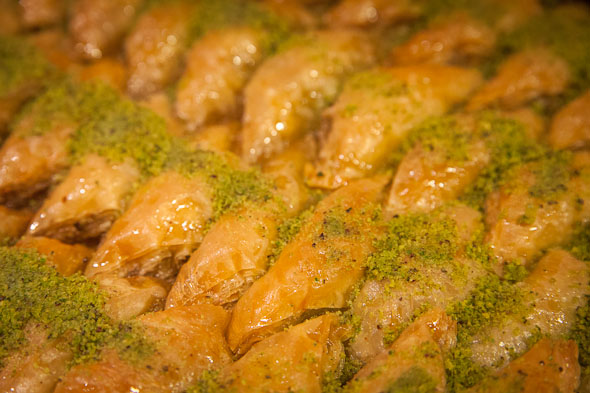 Those specialties include homemade baklava, of course, along with various puddings, sobiyet (a type of cream-infused baklava), borek pie, acma, and more. The shop has plenty of seating and room to move around, though Umit says most people have come for grab-and-go. The sandwiches include ayvalik toast, kumru, and more, with all of the breads baked up at the Wilson location.

Having already had lunch but in the mood for something sweet I go with the baklava, which can be ordered by the piece ($1) or by weight. 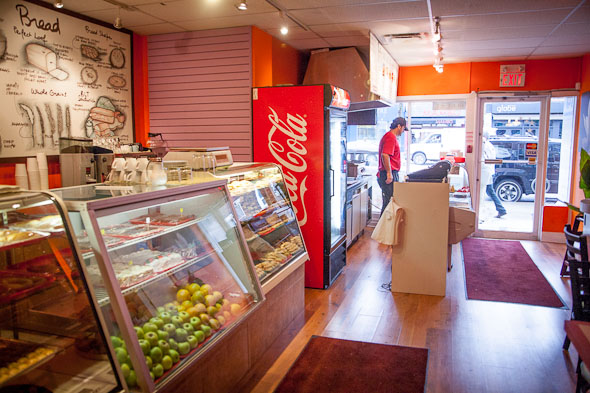 This baklava has a bit of a shine (warning of supreme stickiness), but I find its syrup well-tempered by a hefty pile of chopped pistachios. Sweet — but not too sweet — and more chewy due to the saturation of pistachios than crunchy or flakey, as you might find with some baklava. Delicious, in sum, even if it's not quite Patisserie Royale .

While Umit says customers aren't rushing the doors just yet, he's optimistic that Danforth locals will soon discover Narin's Turkish desserts. And if the baklava sample I tasted is any indication, I'd say they soon will be coming in rush. 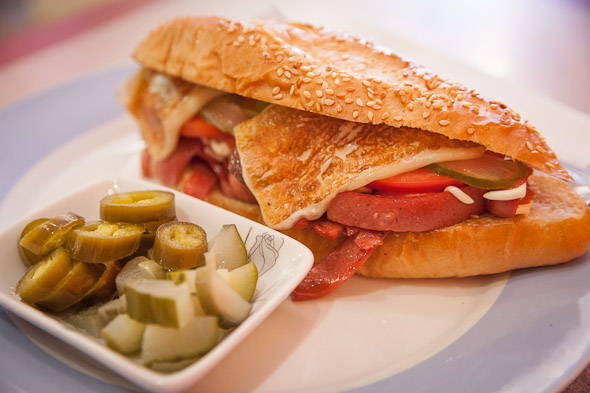 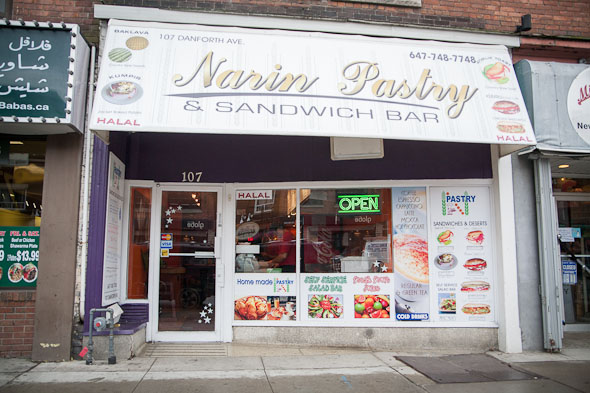