Laduree, a French cafe established in 1862, is known for their macarons. In fact, their Paris tea room is where they were invented by Pierre Desfontaines - second cousin to Ernet Louis Laduree, who opened the original bakery. 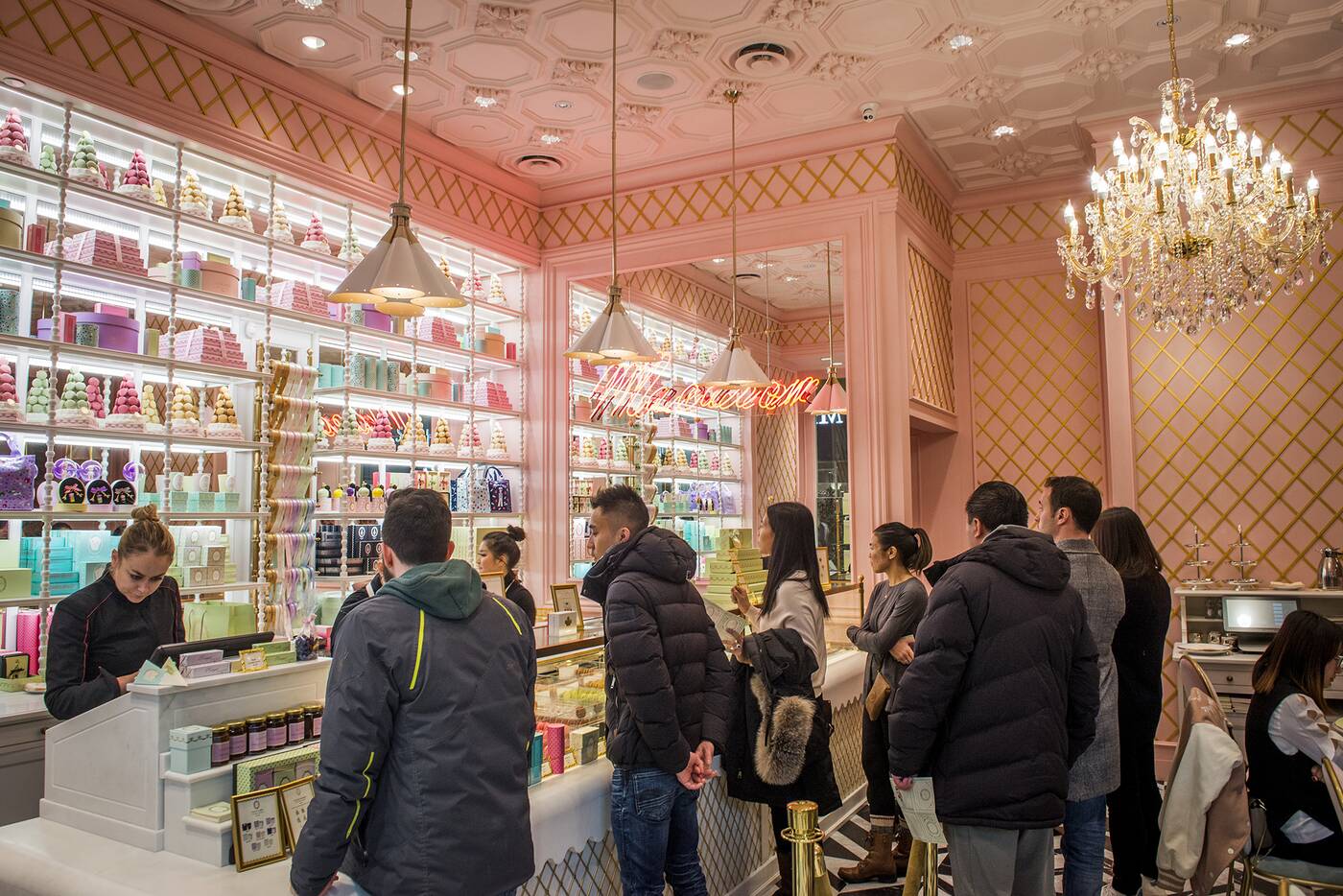 The bakery cafe is something out of a little girl’s fantasy, a doll house come to life decked out in shades of teal, pink, white and pistachio. A glitzy wall behind a case of macarons and chocolates displays Laduree’s opulent packaging and other products. 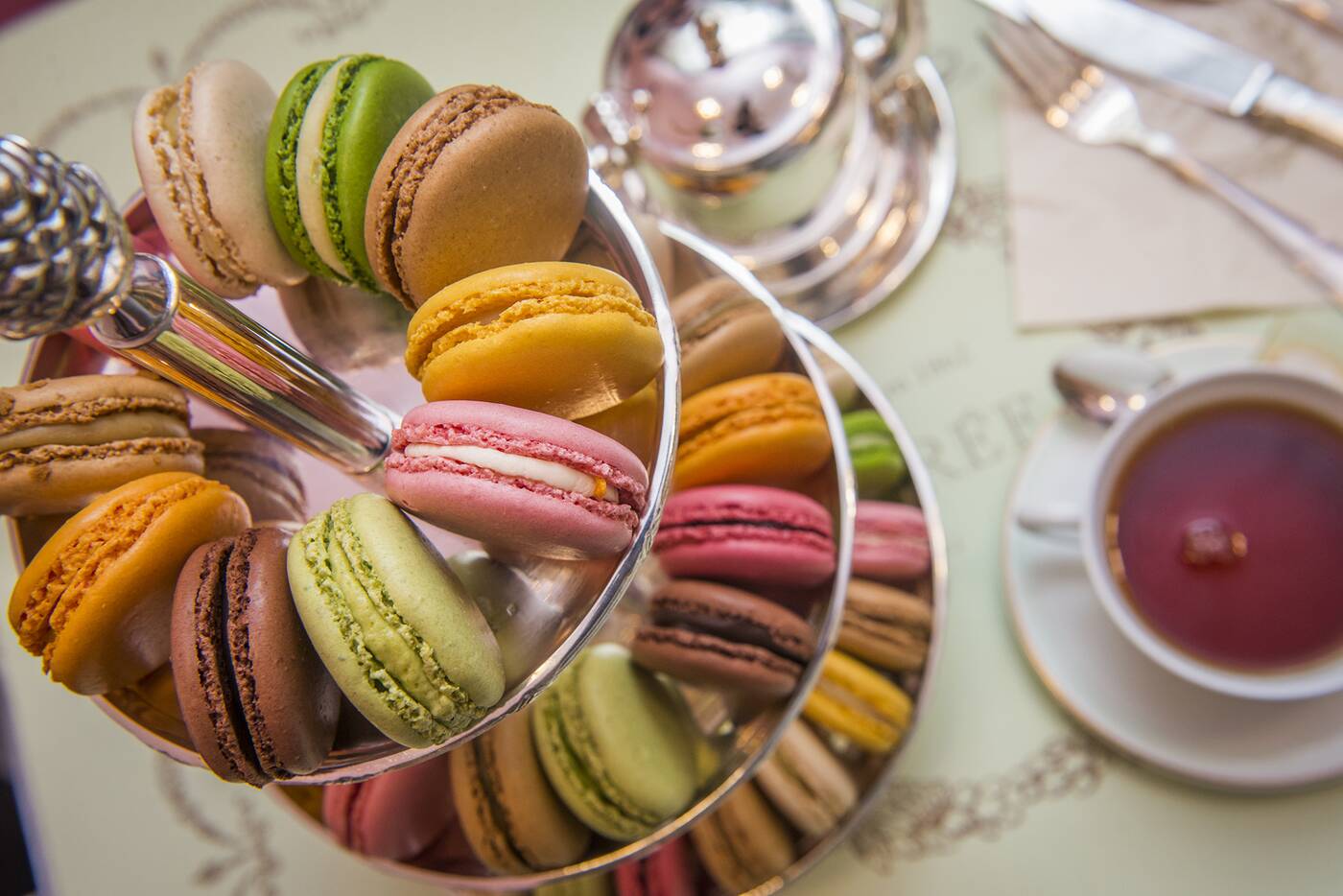 Macarons, if you’re not familiar, are two shells made from almond, egg and sugar adjoined by ganache filling in the middle. 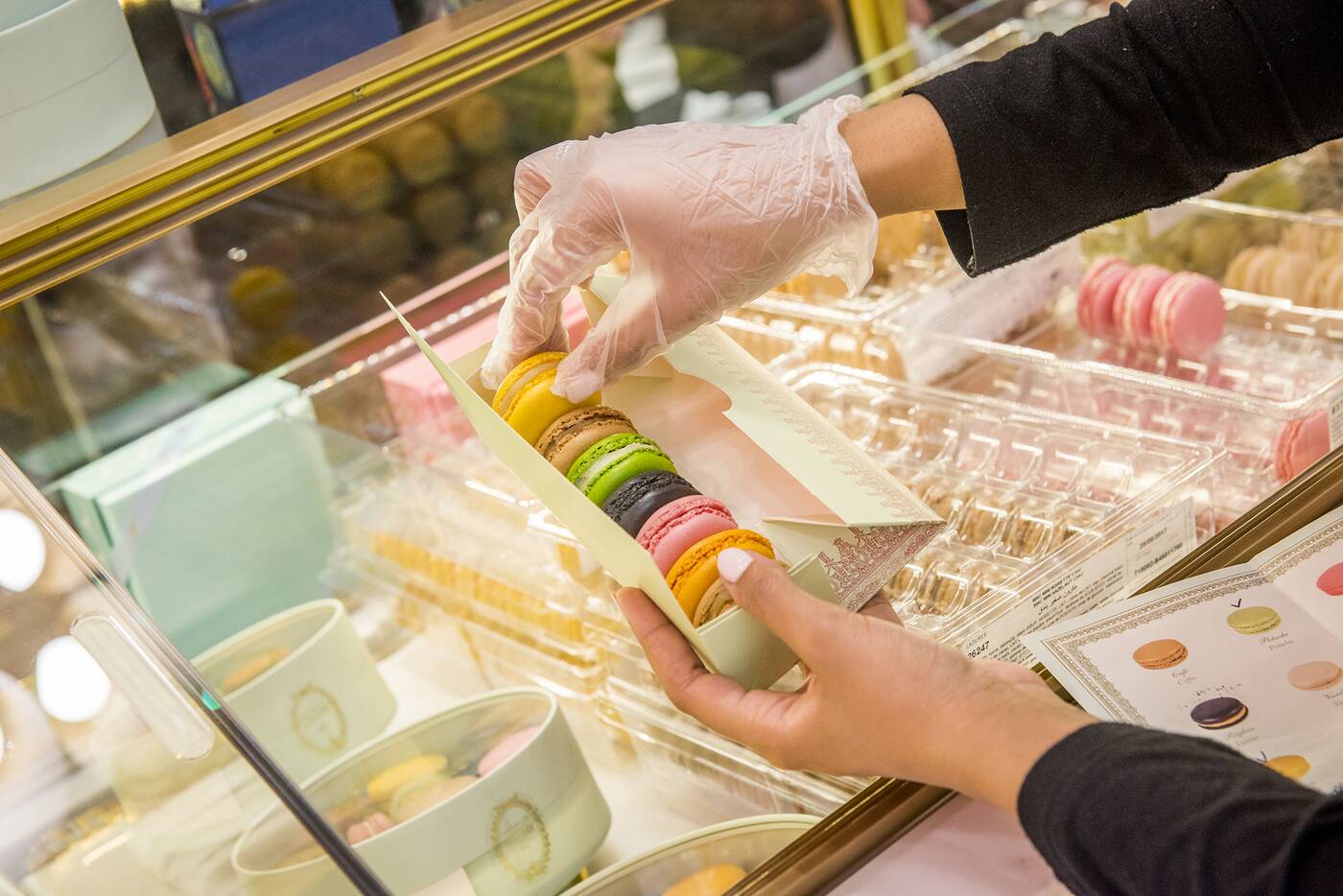 Laduree’s crazily airy, light, barely chewable cookies retail at a flat rate of $3.30 a piece, a little extra boxed up due to the luxurious trappings. 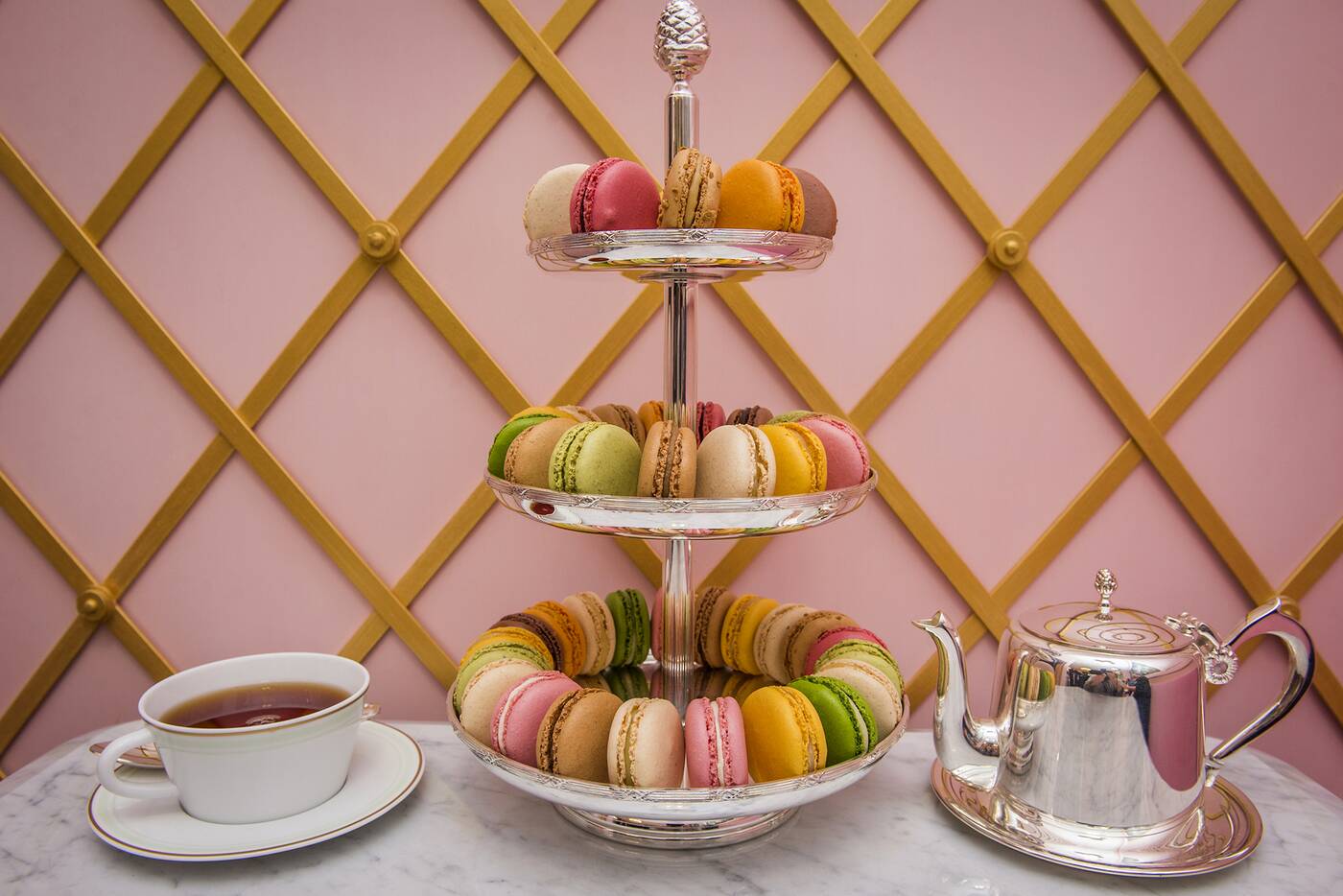 A tower is capable of holding 54 of the beauties. They come in basic but beautiful flavours like maple, lemon, coffee, pistachio and chocolate, each bursting with that individual flavour’s essence. 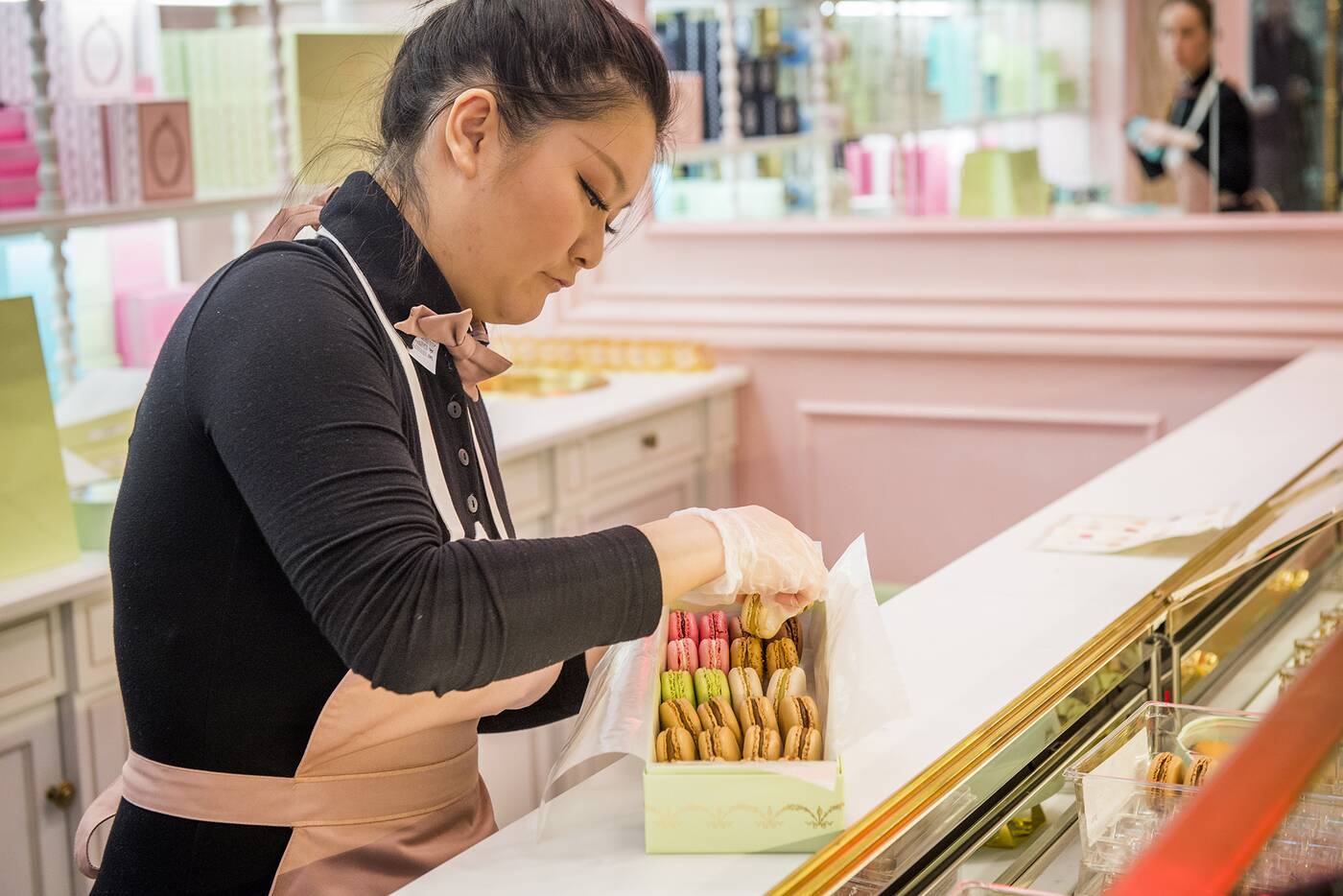 Rose and a rare but explosive combination of lime and vanilla are more off the beaten path, but be aware, some flavours are seasonal. 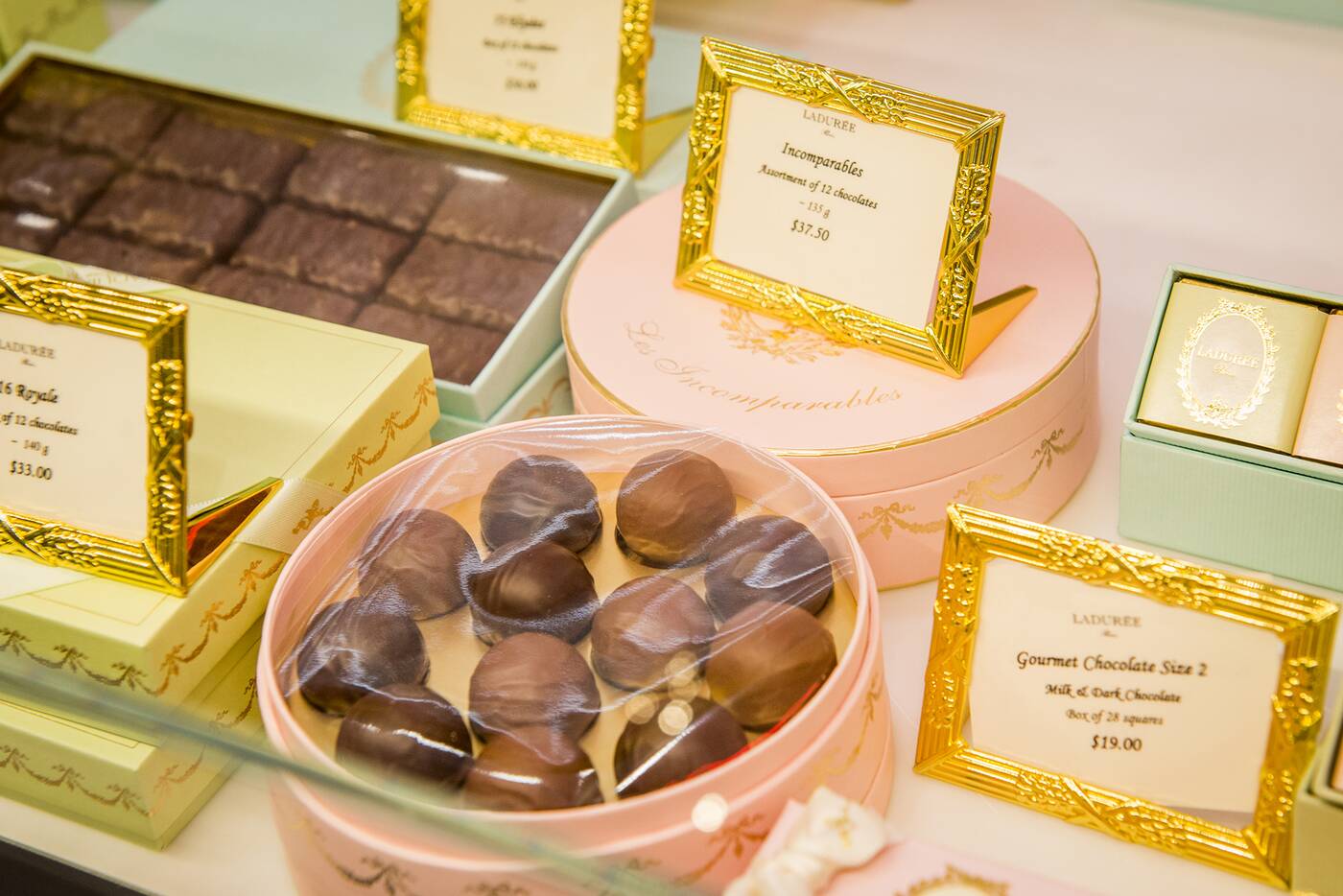 Gourmet chocolates are also retailed behind the counter, sets going for about $20 to $40. 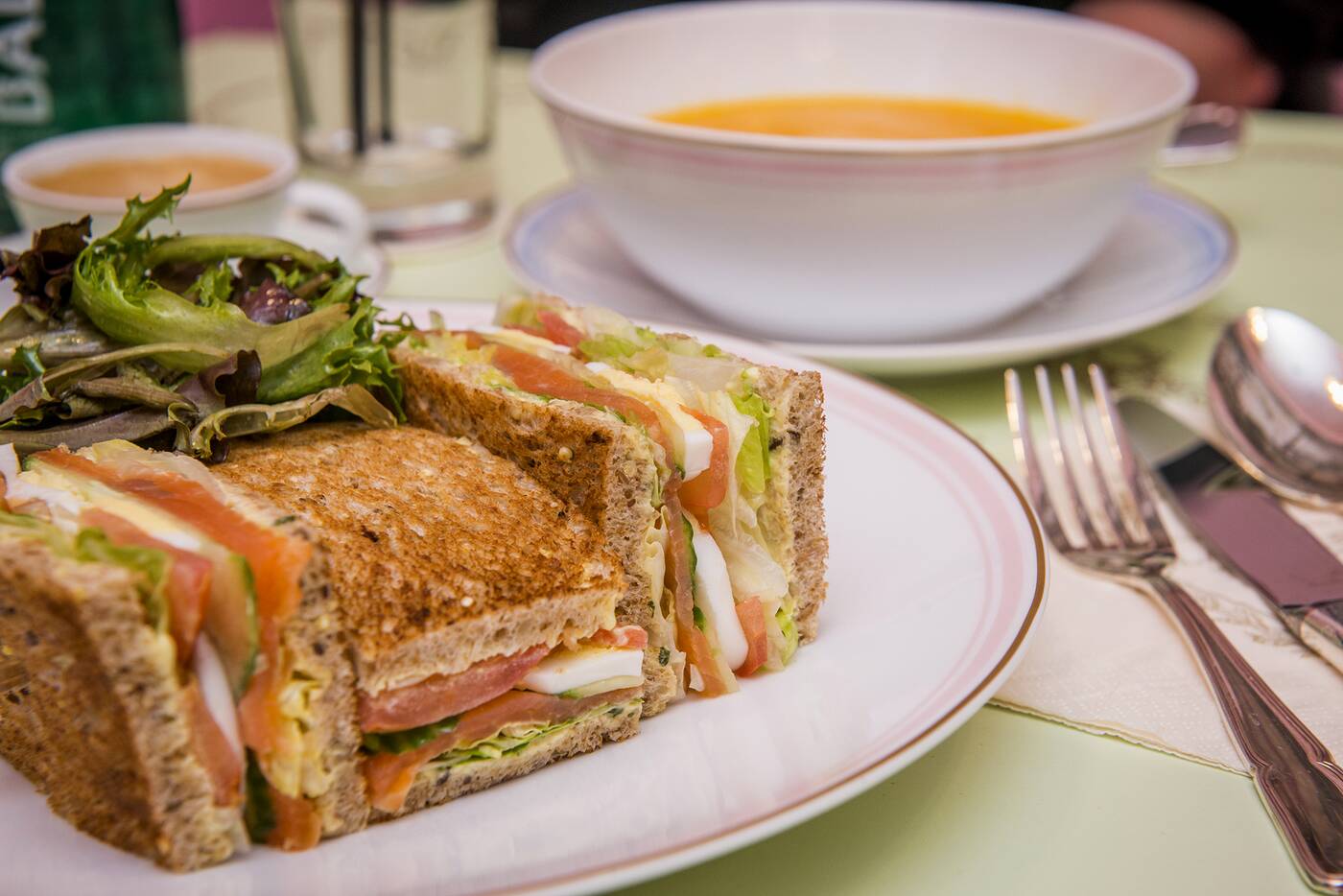 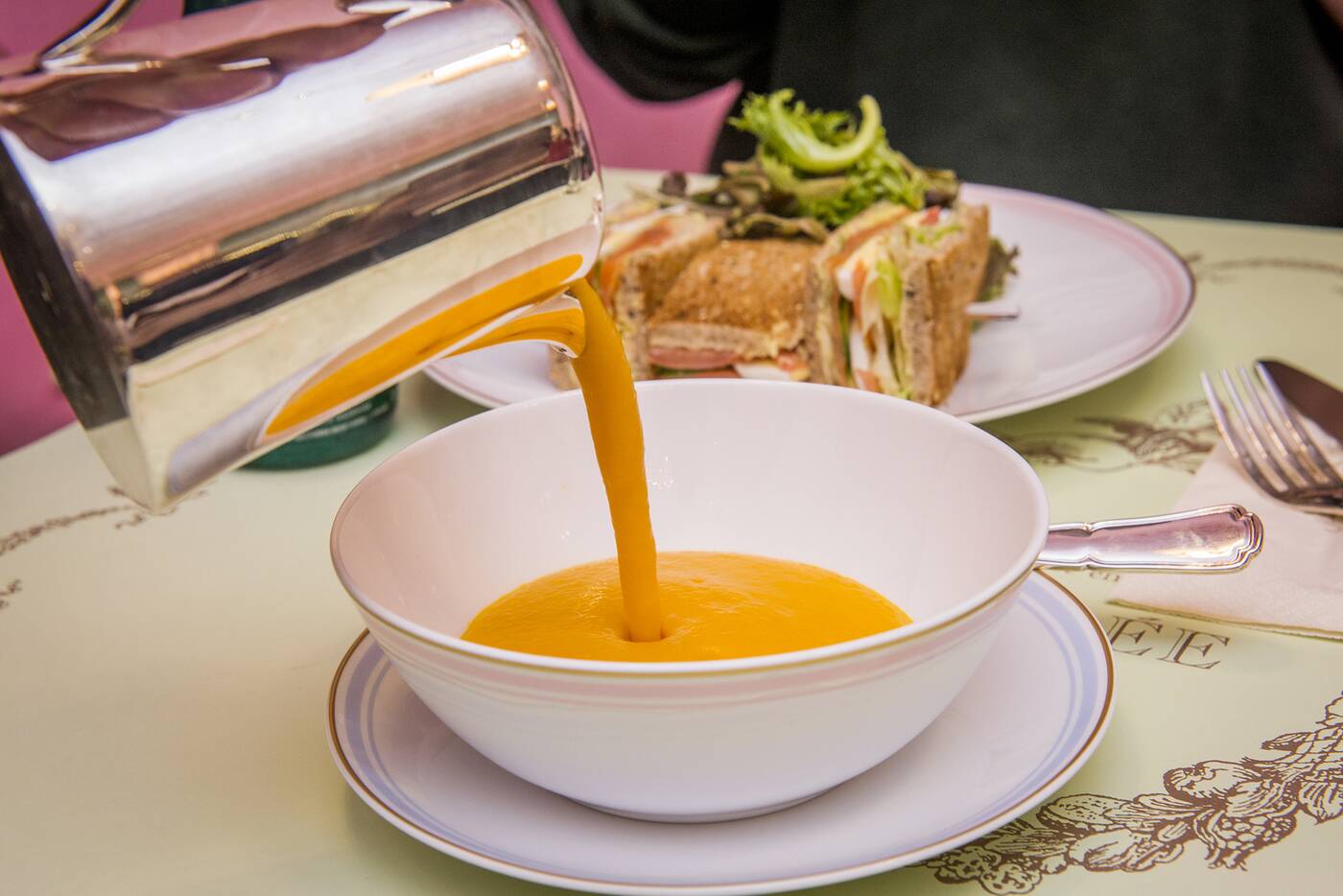 It pairs excellently with one of their simple soups, a ginger carrot ($10), the other options on offer during my visiting being squash veloute and pea. More tea time snacks include croques monsieur, Emmental, salads and finger sandwiches. 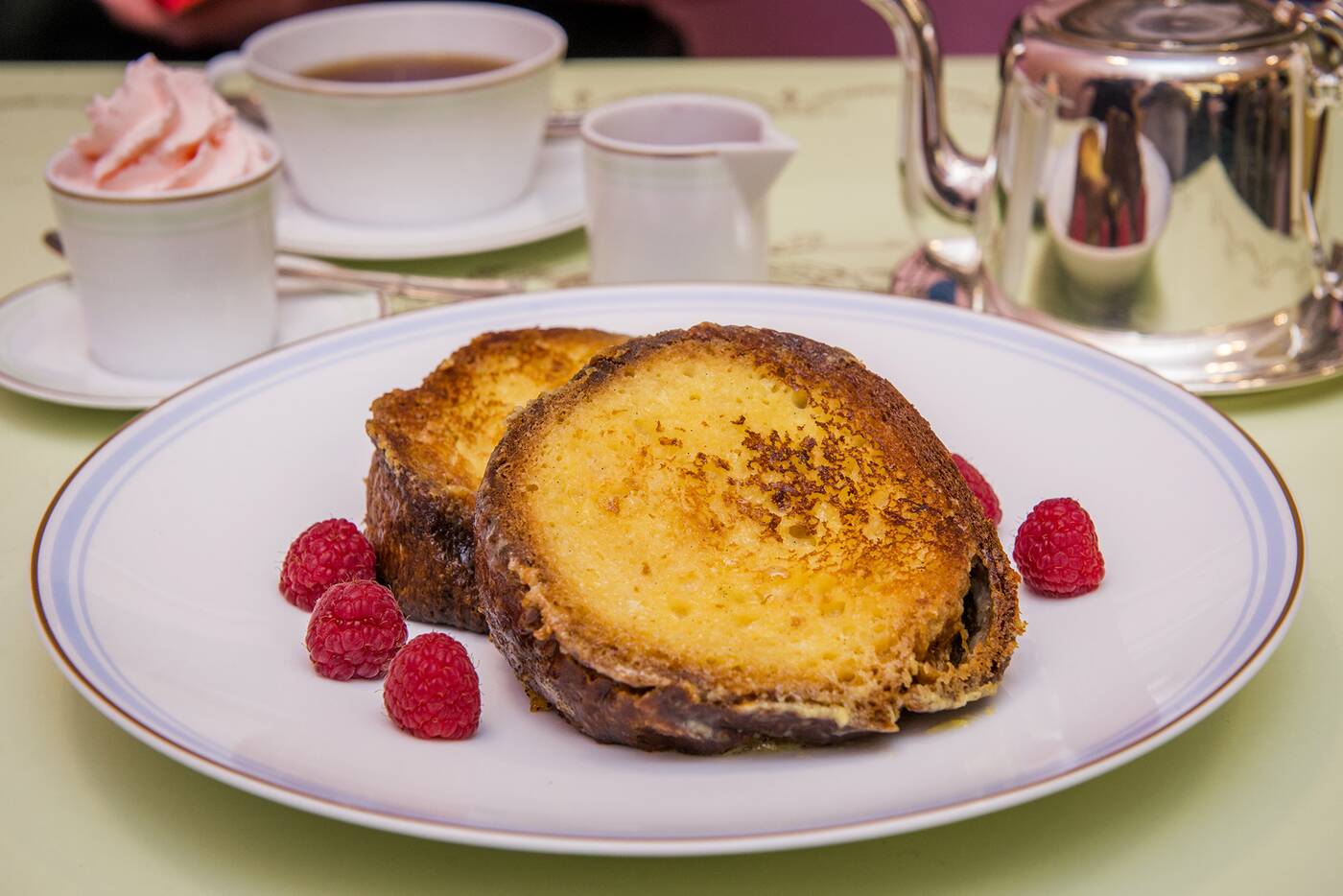 The sandwich is fine, but it’s the French toast ($18) that’s to die for here. 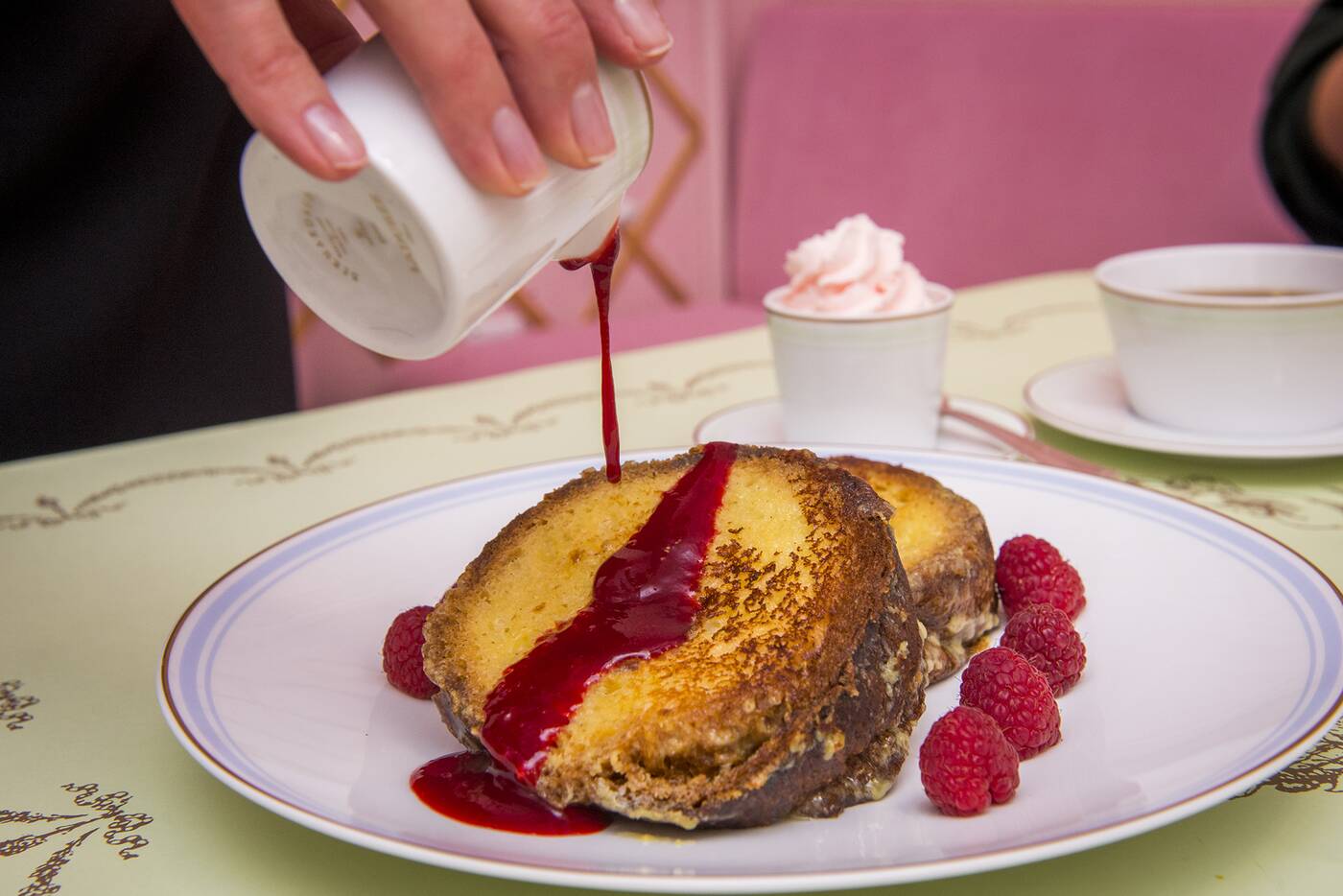 Made with brioche from France, the warm, perfectly caramelized bread sinks in like a sponge with the touch of a fork. 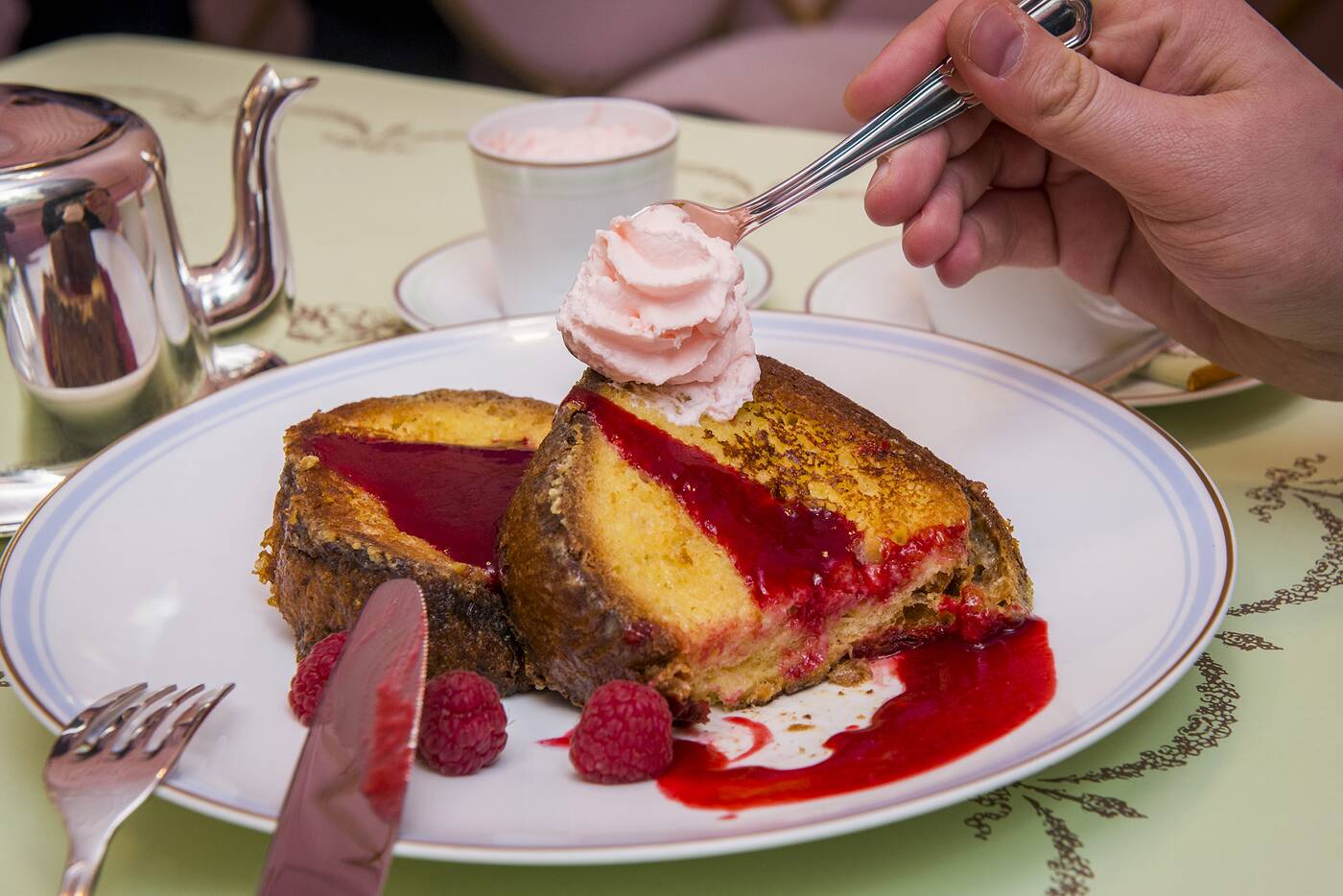 The Rose Raspberry French Toast is served with a tart, sweet, flavourful raspberry coulis and a rich and decadent but airy and perfectly complementing rose Chantilly cream. 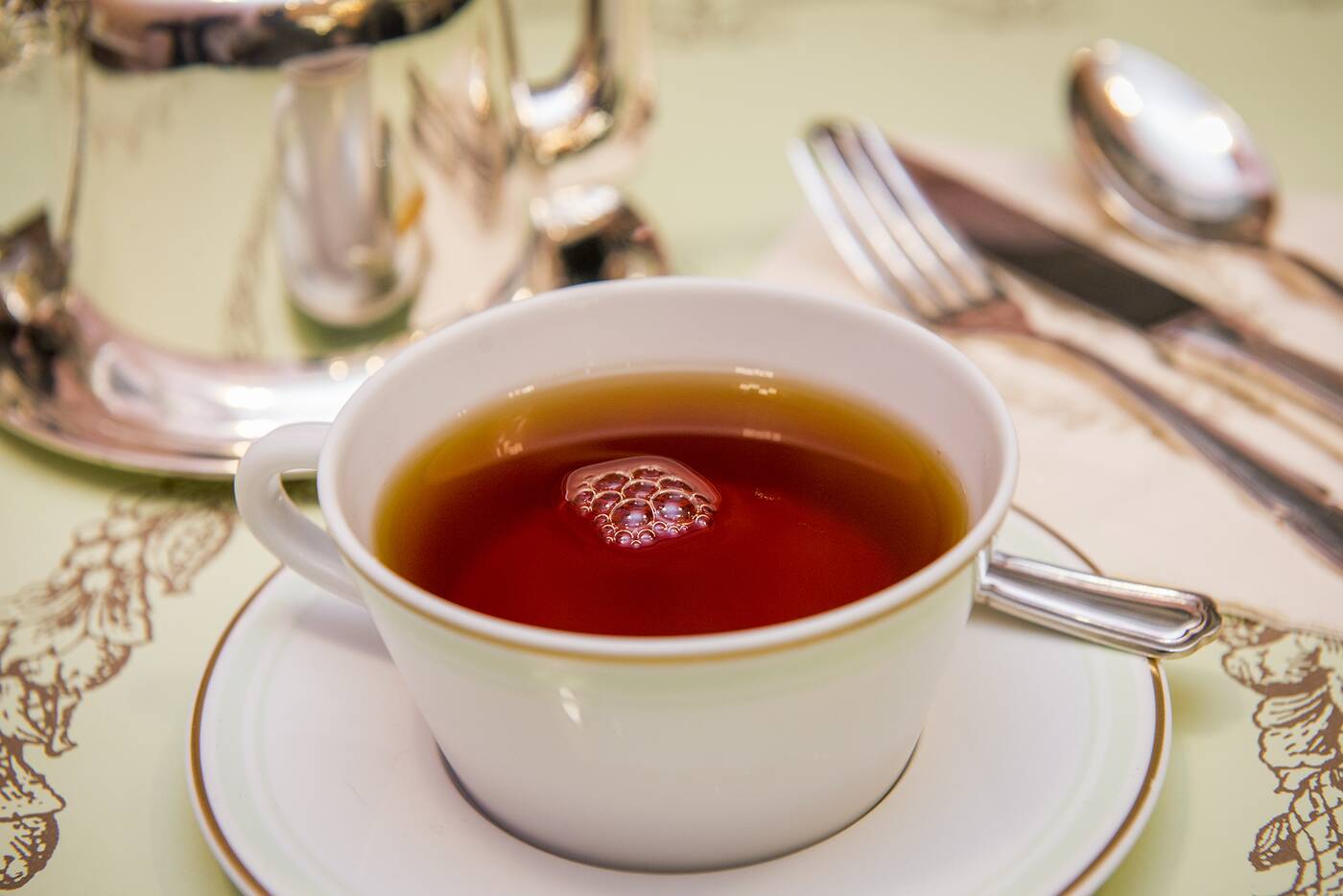 Your personal Laduree tea party wouldn’t be complete without a cup of tea or some other hot beverage served in the most precious fashion possible. 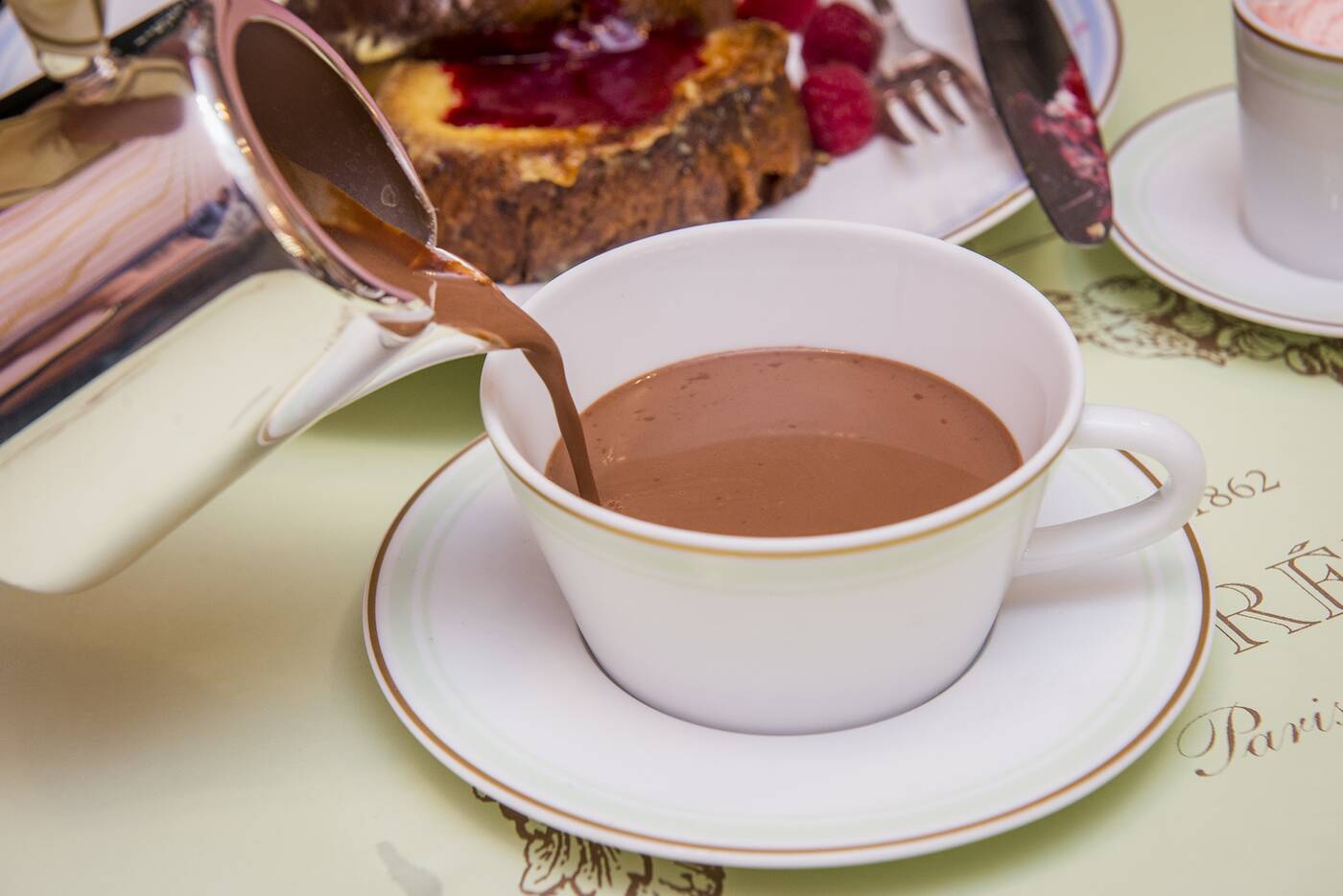 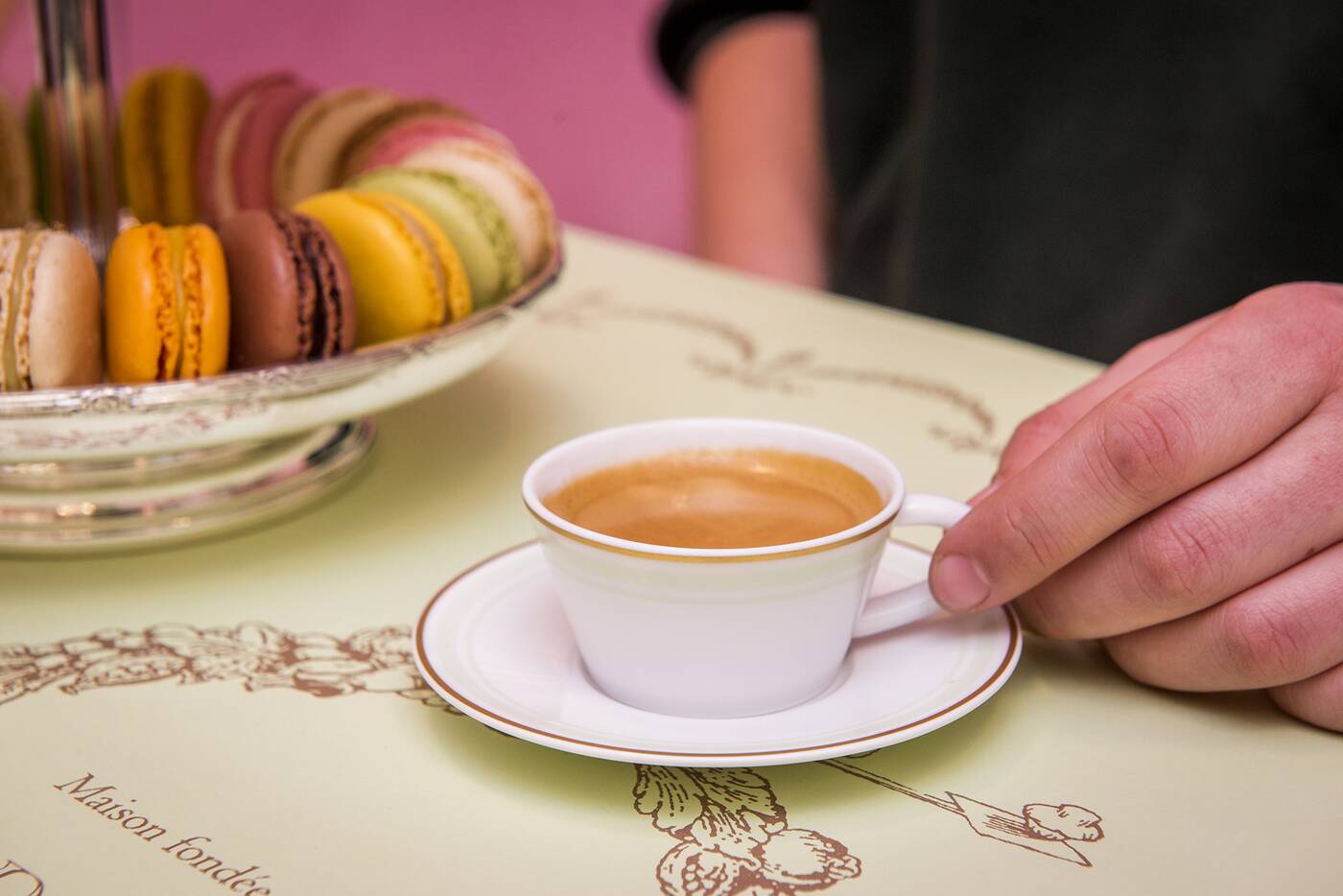 Espresso also makes a fine accompaniment to your cafe session, or a great boost at the end of indulgent snacking. 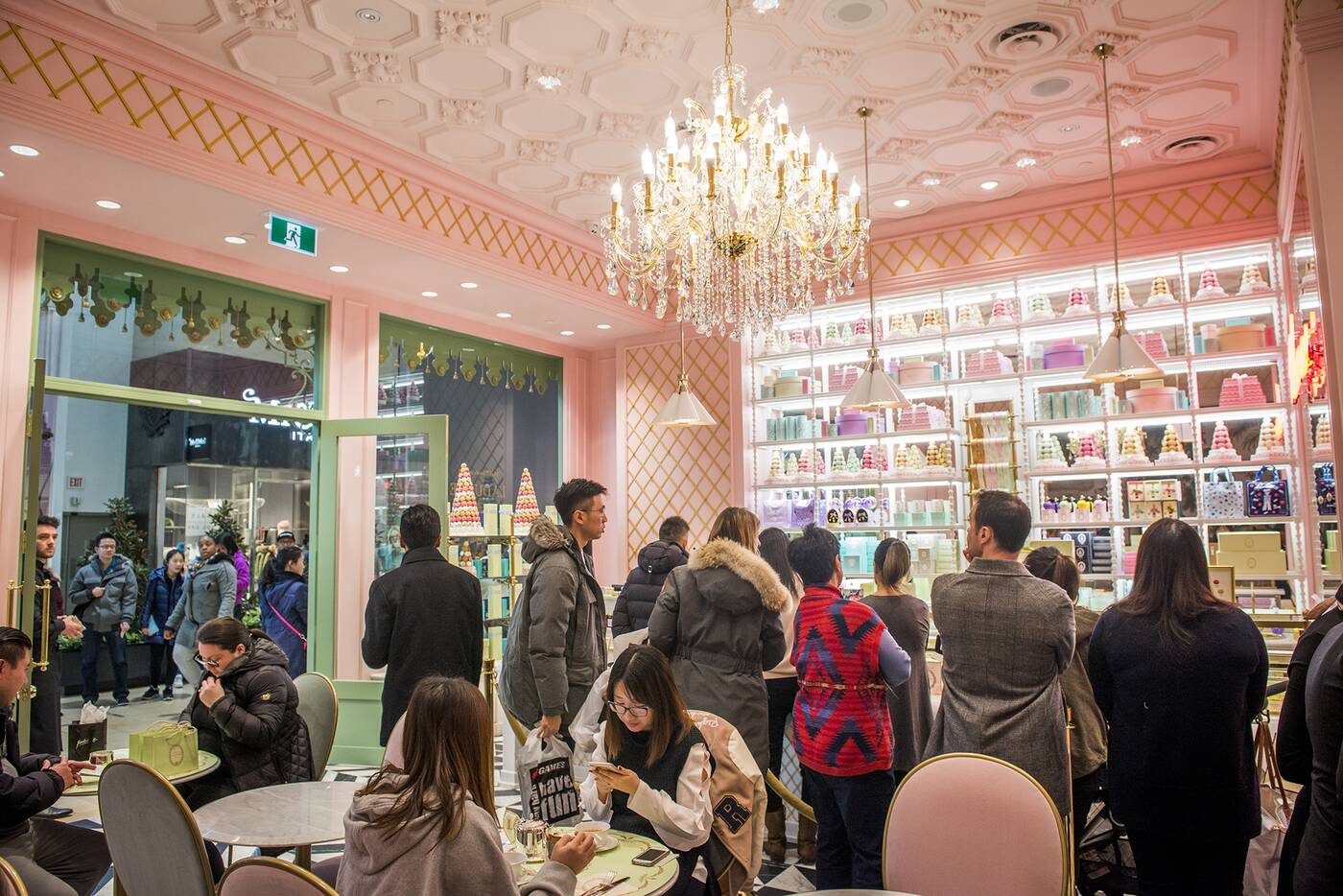 The high-ceilinged space abounds with marble, geometric tile and gold lattice details, a crystal chandelier hanging from the ceiling. 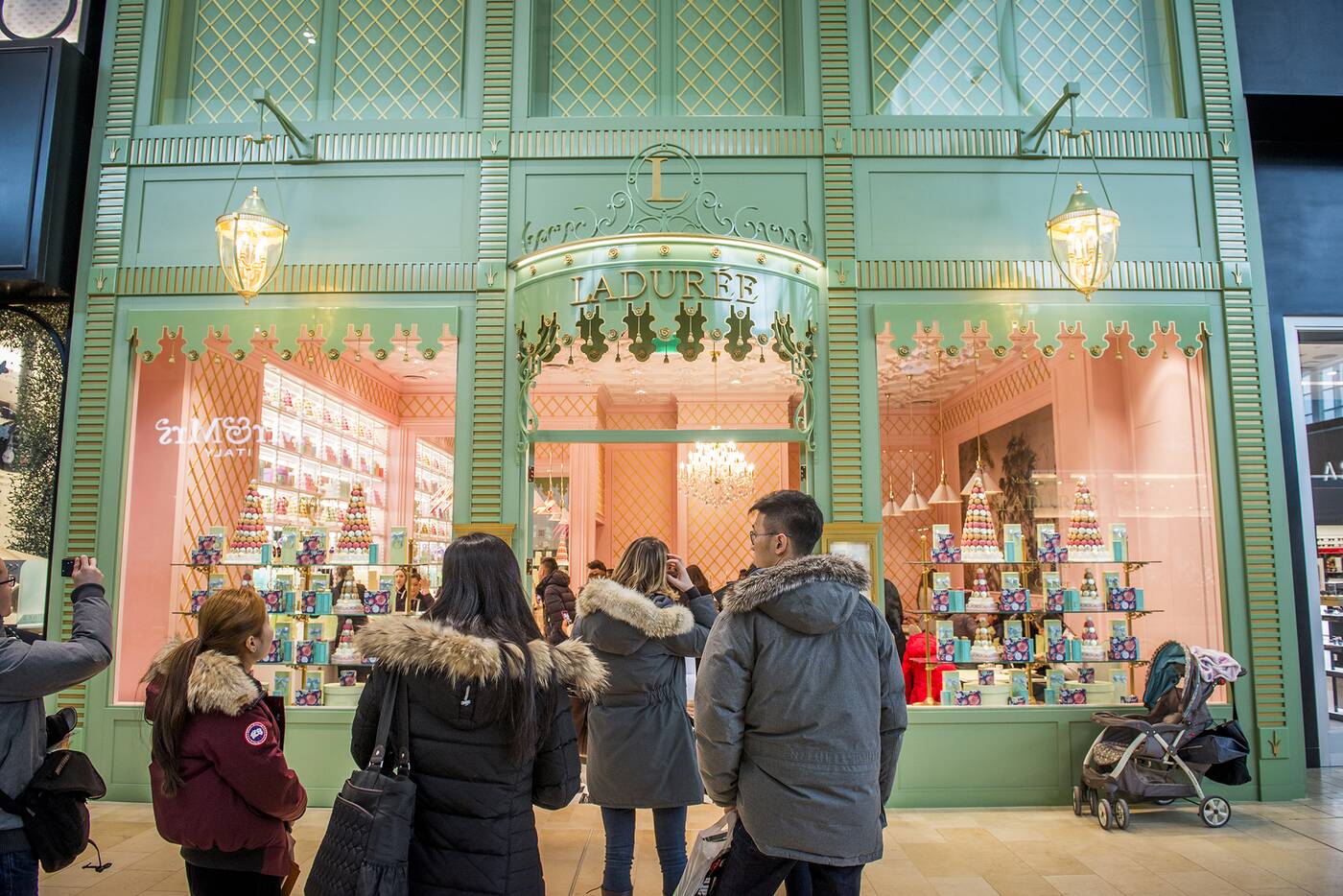 The Best Afternoon Tea in Toronto