de Floured owner Krista Tobias, with gluten-free flour smeared across her face and apron, is picture-perfect as she updates the chalkboard at the entrance of her new bakery at 1250 College Street. Nestled amongst mostly residential properties, the intoxicating aroma of the unmarked shop could quickly turn a gluten-free nonbeliever into a regular customer.

Tobias and her partner, Chris Brown, have been in business for almost four years, selling their homemade gluten-free baked goods at the Sorauren Market , the Dufferin Grove Farmer's Market and the Saturday market at Evergreen Brick Works . In September, they decided to open up a permanent shop at College and Landsdowne. 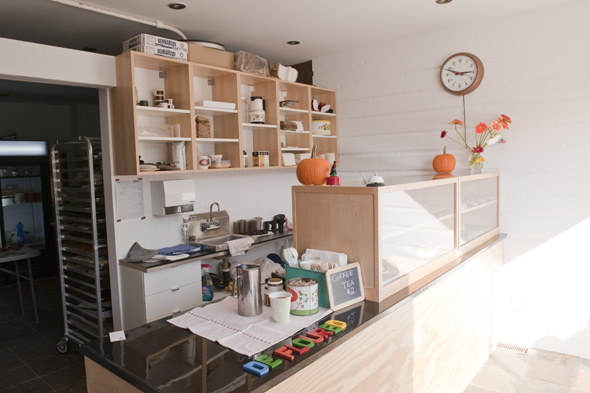 The modest bakery is taken up mostly by kitchen space, and the customer area at the front is small but welcoming. Still a work in progress, little pumpkins sit on the counter that runs along the window opposite a display case full of brownies, quinoa cookies, pumpkin pies, turnovers, and their specialty, savory galettes. 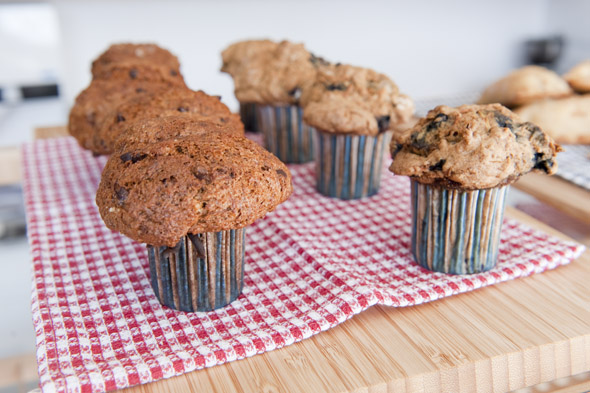 "We started out with savory vegetarian pies," says Tobias from behind the bakery's counter. "There isn't a huge savory market, and I found the sweet stuff to be a little too sweet. But then I started getting really good at the sweets, so I started doing more and more." 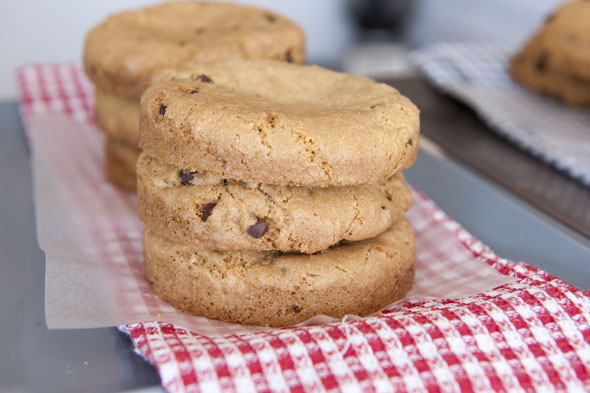 Tobias, who is gluten-intolerant, started de Floured "so I could eat!" she says with a laugh. She met Brown at her other business, Ted's Collision , further east on College St. Her father, who came up with the bakery's clever name, owned his own bakery while Tobias was growing up, and she says she comes from a food-obsessed family. 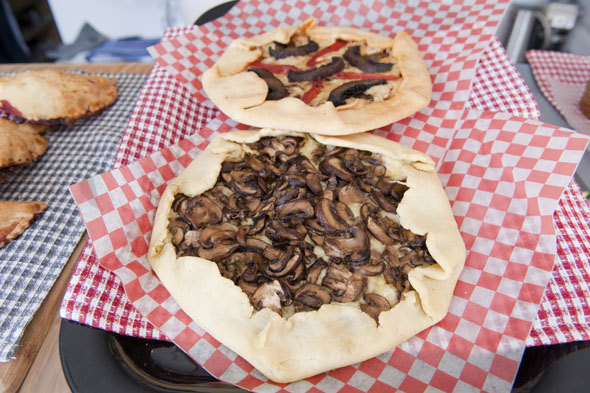 Brown says Tobias "taught me everything I know," and despite little formal training, it's clear that the couple knows a lot. Tobias explains her methods for keeping the moisture in gluten-free baked goods, discussing the way gluten-free flour absorbs and how she shapes recipes to accommodate its properties. 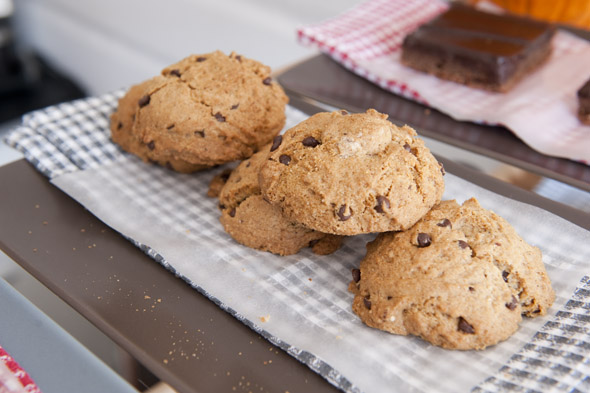 Tobias and Brown are passionate about their craft, and it seems that a big part of this comes from the community of farmers they've forged relationships with at the markets they frequent. Almost all of their ingredients are local and organic, and the fillings of their galettes and pies change on a seasonal basis. 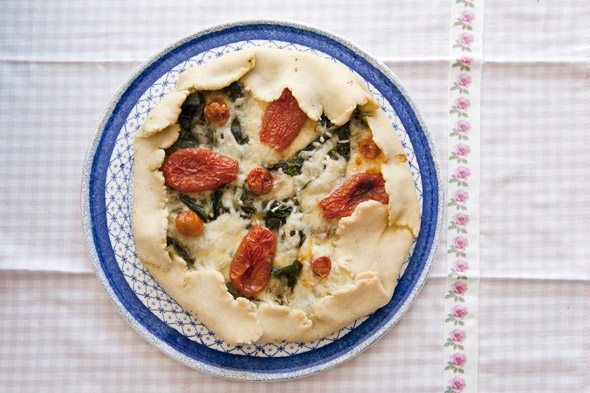 The range of goods in de Floured's display case also changes on a seasonal basis, and Tobias says that there are between 12 to 20 items on the menu at any given time, with prices ranging from $2 to $12. They fill large orders on a regular basis, mostly for pies, both savory and sweet, and Tobias estimates that she made about 160 pumpkin pies this past Thanksgiving.

While there are several personal-sized pumpkin pies on display at the shop, I try a brownie ($3) and an apple raspberry turnover ($3.50). The brownie is moist and topped and with just the right amount of bittersweet ganache, but the turnover's pastry really is outstanding. A perfect compliment to the tart filling, the pastry is both flaky and buttery, and it embodies how much time Brown and Tobias have spent perfecting the science of gluten-free baking. 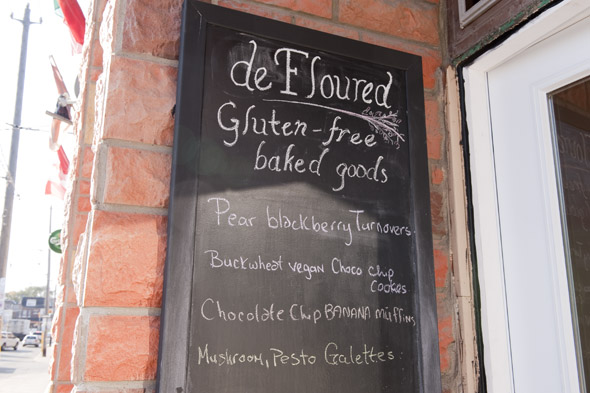 The couple has a lot of plans for de Floured, including bringing a display refrigerator to the front of the store for their potpies and galettes, hanging signage, and putting a few barstools at the counter along the window so patrons can enjoy an aeropressed coffee or organic tea while they wait for a fresh-baked turnover. The space was a bakery in 1953, according to city records, but Tobias and Brown have made it their own.

"At the markets, about 80% of our customers are regulars," says Brown. "Here, our neighbours come by and ask when the potpies are coming out of the oven, and they'll go home and come back when they're ready. It's very sweet and personal." 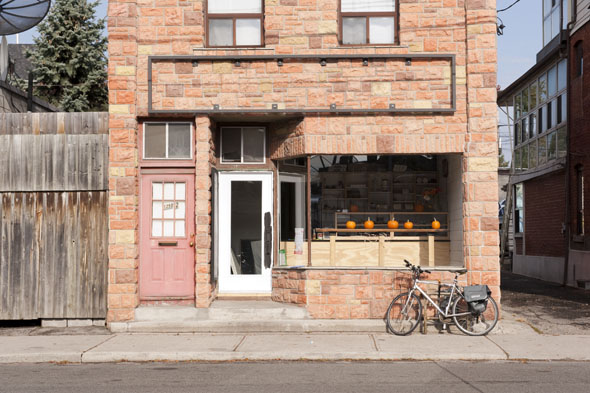