The Canadian Pie Company is paying heed to, in my opinion, a quite under appreciated baked good. After all, who doesn't love pie? Especially when the crust is just so, the filling rich and moist, and a hearty scoop of ice cream on top just starts to melt. Throw in a fireplace and good book, and really, is there anything better?

The Canadian Pie Company tries to evoke these warm feelings in its cozy space in Riverside . Though it looks quite modern from the outside, the interior is snug and rustic with lots of recycled wood, vintage chairs, and a fabulous industrial spiraling staircase. 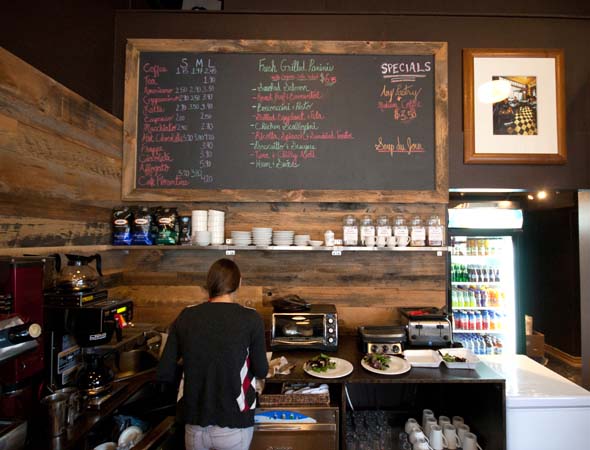 I didn't catch owners Keren and Erez Hadad when I went to visit the space, but one of their staffers told me all about The Canadian Pie Company, which has been open on Queen East at Boulton since January of this year. The owners are the same people behind the now closed Cafe Florentin in the Beaches and bake the pies at the Leslieville location right down the street.

"It's all made from scratch," he tells me as I admire the goods behind the counter. "All baked fresh, everyday." The Canadian Pie Company makes its fruit, cream, meat pies, and quiches with all natural ingredients, which are locally sourced. 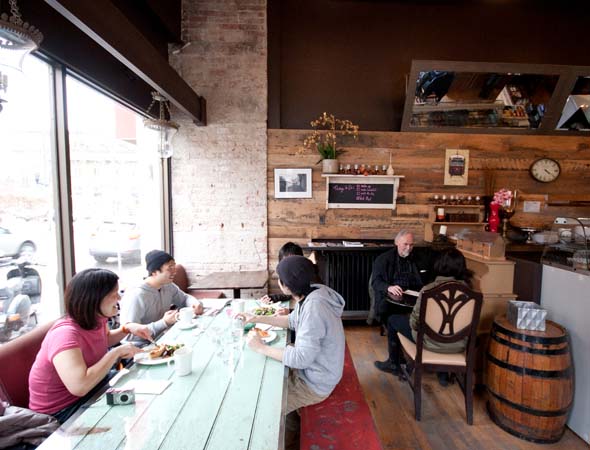 I opted for a slice of one of the most popular pies in the shop, the strawberry rhubarb. Starting with the crust--it was delicious, flaky and buttery, though softer than the typical crust. The Canadian Pie Company describes its distinct crusts as "a cross between a puff pastry and a croissant," which makes it both flaky and chewy at the same time. The filling was also quite delicious; mildly sweet with chunks fruit throughout. My only complaint was that the amount of filling seemed a little slight compared to the boastful crust. 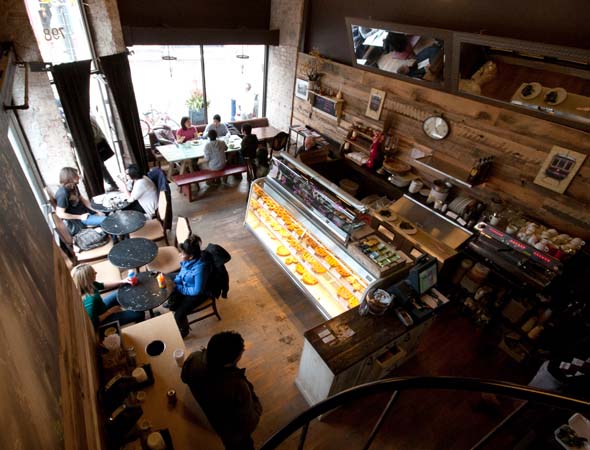 While pie, obviously, is its thing, The Canadian Pie Company also offers pastries such as danishes and muffins, a "soup du jour" (it was sweet corn egg drop soup when I came by) and grilled Panini served with organic side salads ($6.95). As well, it now serves brunch, offering dishes including salmon Florentine, Spanish omelets, and Shakshuka (tomato stew). 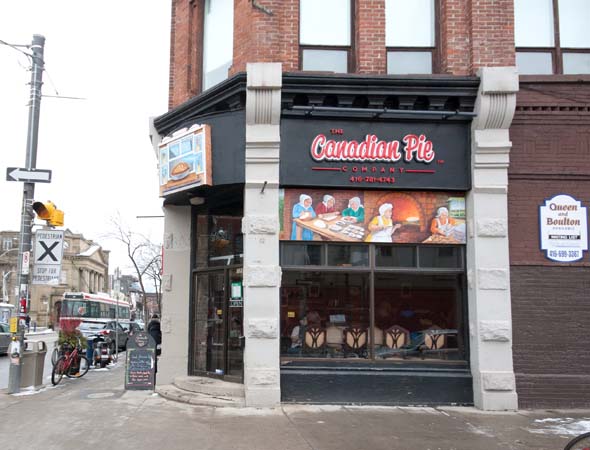