Apiecalypse Now is an aptly named vegan bakery that just opened in Mirvish Village. Run by vegan activist and baker Jennifer Bundock, it is underground in every sense of the word. The bakery location is subterranean, as you take several steps down from street level to a small storefront basement with a baking kitchen at the back. But it's also part of a radical political resistance, vegan straightedge, and that mandate is reflected in every aspect of the bakery. 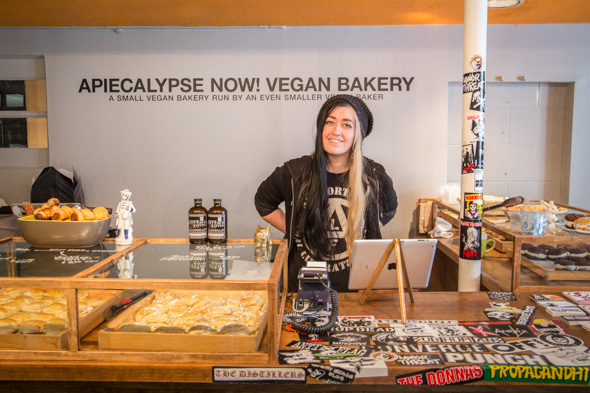 Bundock always baked for fun, but as her vegan activism grew, she baked to supply fundraisers for various causes. Four years of markets at U of T and the distillery district, multiple Veg fests and Green Living shows and countless bake sales has honed her baking skills and strengthened her political commitment. 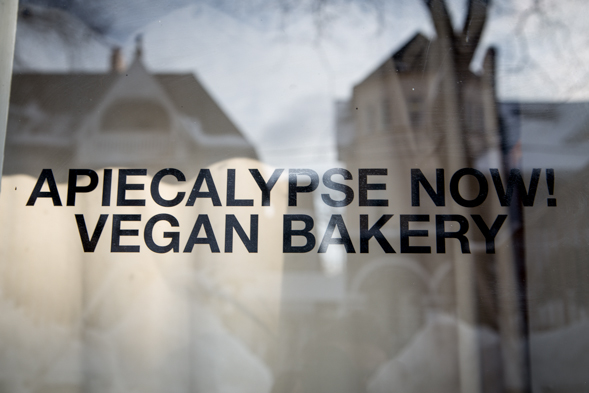 The Apiecalypse Now shop is a more permanent front for the fundraising: all tips and a portion of proceeds go to a revolving list of organizations, she makes a Sea Shepherd's Pie ($14.50, made with gluten-free garden "beef" and hickory mash) that helps fund Sea Shepard missions, and Sundays the bakery is closed so Food Not Bombs can use it free for their baking. Sounds daunting, but it isn't. Jennifer is open and warm, baking everything and running the storefront herself, as ready to share her products as she is her knowledge. 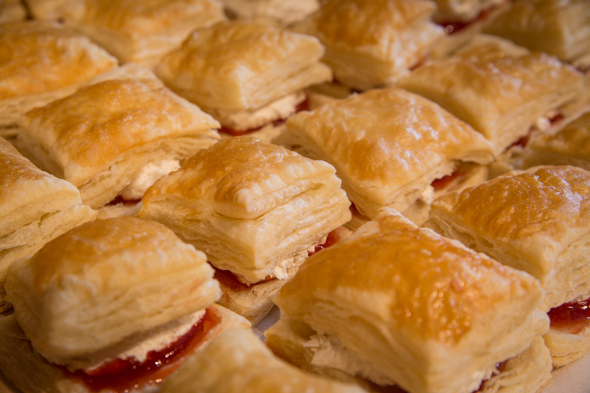 Inside the wooden display cases she has two types of cookie sandwiches- chocolate and vanilla rainbow ($4.00 each), a variety of croissants ($3.50) and my favourite the "compassion" flakie ($2.75). 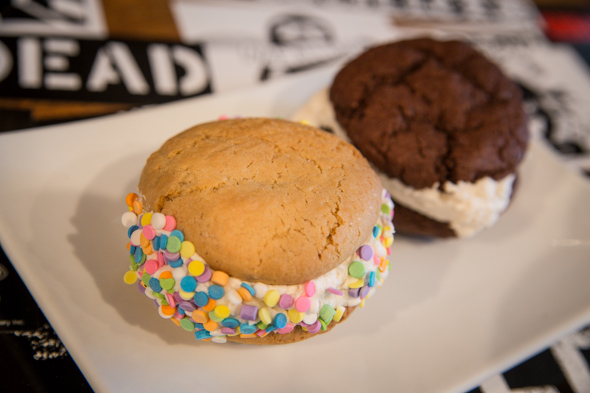 I found the cookie sandwiches toothaching-ly sweet, as I prefer a less saccharine approach to desserts, but I know that for others this sugary onslaught would be fantastic. The fruit pies (strawberry blackberry, $3.50 a slice) looked lovely, the red hues a delightful contrast to the black stickers (Misfits, et al) that covered the counter. 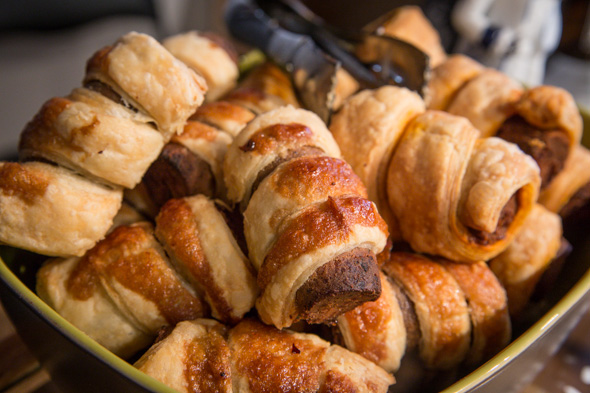 More up my alley were the savoury items, like vegan 'sausage' rolls, graded on the spicy scale from folk punk (slight bite) to grindcore (wowza hot). In the two fridges there were take-away items, dinners like the shepherd's pie, a potpie ($12.50) or a vegan mock tuna salad ($6.50), plus two other salads that change daily. 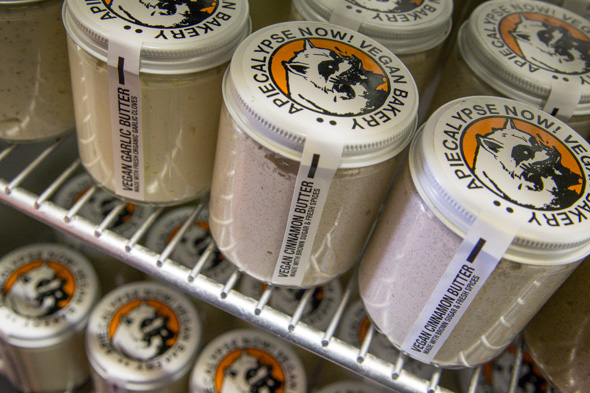 You can get a full loaf of garlic bread with cashew ricotta ($6.00) or take home a jar of her butters and spreads and make your own. There is vegan ricotta, garlic butter, cinnamon butter, garlic dip and tzatziki sauce in nice recyclable glass jars ($5.50). You can even get a few non-baked items like Coconut Bliss vegan ice cream, Northwood cold pressed coffee and Field Roast vegan sausage ($6.85). Fill up at Apiecalypse Now and you are ready for the revolution. 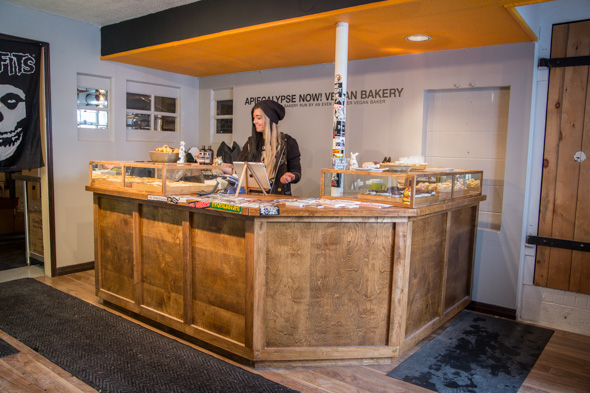