Suburban strip malls: a deli and more on Sheppard Ave

Strip malls are fundamental to the suburbs. They act as community hubs, bringing together what people need most: groceries, cigarettes, magazines, tools, electronics, video rentals, laundry facilities and so on. The strip mall at Hove and Sheppard (just west of Bathurst) features over 18 local businesses. Unlike its flashy, well-kept neighbor to the East, it has always been free of chain stores. Most would say the entire complex revolves around Wolfie's Deli, and they'd be right.

Wolfie's has been around since 1975, under the same owner, offering the same menu. It's a delicatessen in the most classic sense, loved and revered by the community to this day. Whatever you order is about six times as much food as you expect or need. Do yourself a favour and just get the brisket. 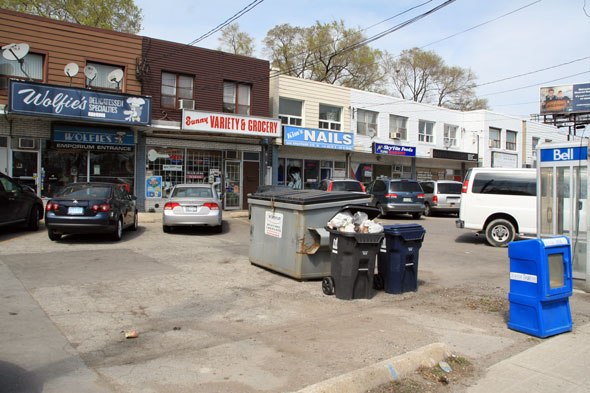 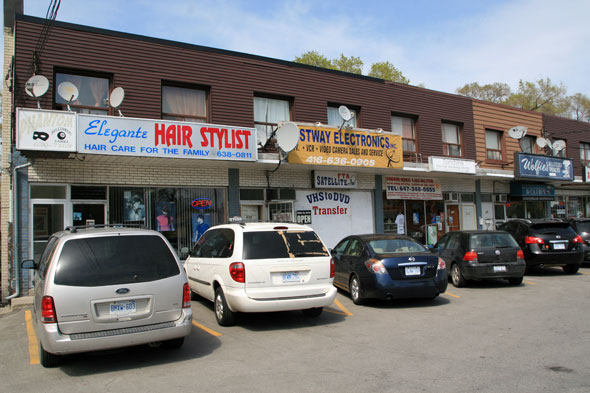 To the left of Wolfie's is Bestway Electronics. A long-standing resident of this strip mall, Bestway used to be a full-fledged electronics sales and repair shop. You'd buy your 200 lb. tube television there, and return for the inevitable repairs. Today, Bestway still survives (despite Best Buy hovering so closely), offering top-notch VHS-to-DVD transfers, and a wide selection of Free to Air satellite receivers.

At the West corner, you'll find a set of stairs with a sign for Phantom Billiards. Originally set up as Arnold's, this downstairs pool hall passed through generations as THE place to hustle fools. My uncle hustled here in the 60's, because the joint in the mall next door was too classy for his racket. As an 8th grader, I came to Phantom not because of the pool, but because of their Street Fighter 2 machine. I spent an entire summer pumping quarters into that thing.

"What a joy it is to return" I thought, stomping down the stairs. The familiar waft of cigarette smoke hit me immediately. "I guess they still allow smoking" I thought. Sadness, surprise and regret all hit me at once as I entered the room. Here was an empty basement, with four elderly men in suits, smoking and playing poker at a small table in the centre of the room. 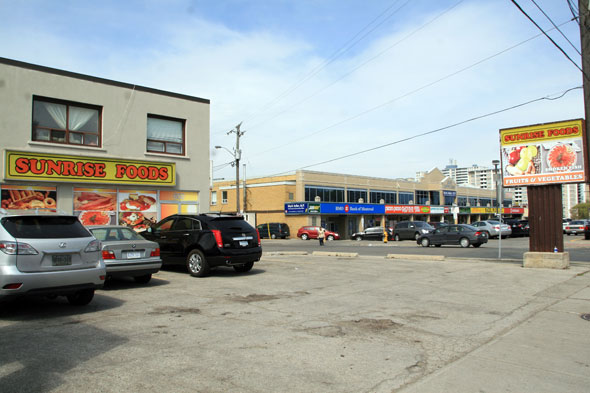 At the Eastern corner of this mall is Sunrise Foods, a classic dairy-based grocery store/deli, selling what pleases the old-school, Jewish appetite. Cheeses, lox, a variety of mayo-infused salads are all available by the 100g. Entering Sunrise, you're informed that they do indeed sell Gryfe's bagels. No one knows what it is that makes these mini carb bombs so addictive, but be prepared to eat at least three in one sitting. 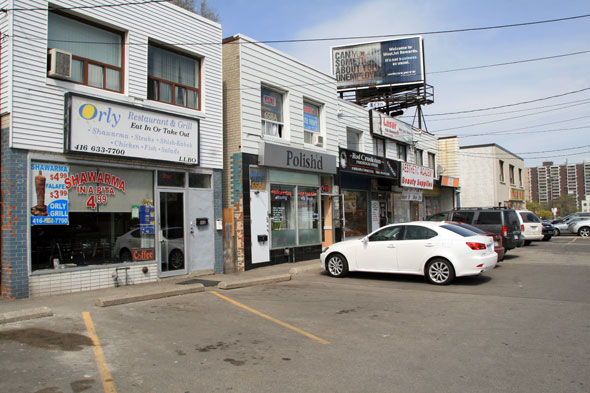 The most popular newcomer to the mall is Orly (O rly?) Bar and Grill. Orly provides the standard Israeli/Russian menu, complete with shawarma, falafel and borscht.

By chance, I came across Rod Crookston, of the mall's eponymous photography studio. Rod's studio has been shut down for nearly five years, and while emptying his place out, he took the time to give me more information about this mall than I thought I'd ever get. 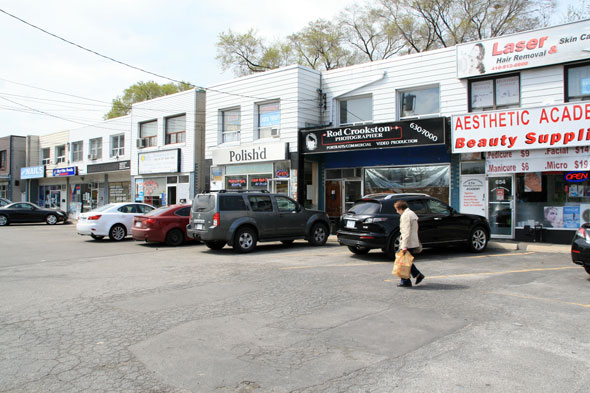 The rest of the mall is made up of half a dozen nail/hair/face/ salons. For a place with such delightfully seedy history, I find myself oddly attached. Perhaps it's the nostalgia of being the place where I finally beat Vega, or perhaps there's more comfort in a face-sized pastrami-on-rye, than in yet another condo development.