Though Canada's oldest will always have my heart, Christie's Methodist Cemetery in the L'Amoreaux part of Scarborough at Warden and Finch, in the middle of Bridlewood Mall's parking lot and surrounded by cars (which, the management says, are wont to run into the monuments from time to time), definitely takes the cake for most novel. 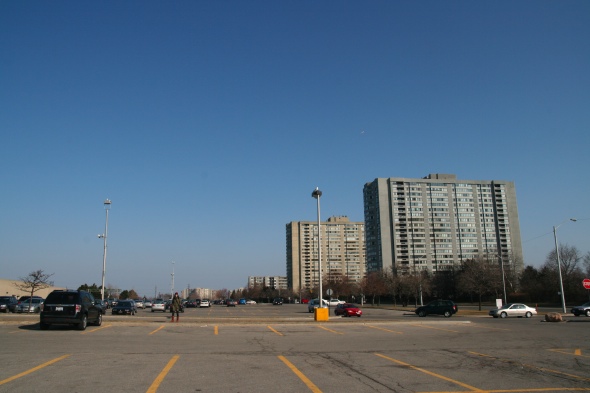 If you're like me, visiting cemeteries is always a worthy adventure. There is a distinct mix of silent awe and boyish delight I get when standing in the presence of those who have helmed our world before us. There's never anything to say, but the subtext is staggering. 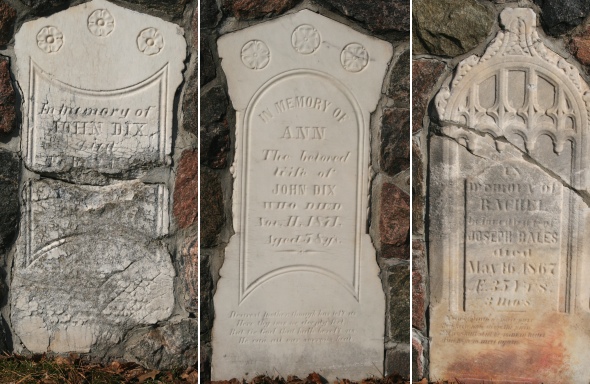 The feeling was no different here. The traffic and the Price Chopper had no effect on my imagination as I wandered from name to name and date to date, enrapt in the palpable history.

But how did we end up with a sacred burial ground practically in the middle of a bargain grocery store?

The story goes like this: Irish couple Isaac Christie and Isabella Graeme buy some farm land in Scarborough in 1836 from United Empire Loyalist, Huguenot and famous Scarborian JosuĂŠ L'Amoreaux. Soon after, Wesleyan Methodist leader Reverend T. Turner convinces the Christies to allow him to build a small frame church on their land.

People are baptized, worship, and are buried in the church burial plot here for a good 80 years, until the United Church absorbs and closes the place twice, first in 1925, and then in 1936. The church is dismantled, moved and reconstructed in Buttonville. Of course, the deceased do not make the trip.

Years later, the land is redeveloped to create a large indoor horse racing track, which is later bulldozed. Plans for the Bridlewood Mall are drawn up. Luckily, the Scarborough Historical society, acting through the Borough of Scarborough, was able to jimmy a clause into the lease signed by developers Robert McCintock and Verity Investments Limited in 1973 to let the almost-forgotten graves be.

Soon the land is redeveloped, a mall fulla bargains is built and voila! Cemetery in a Parking Lot. 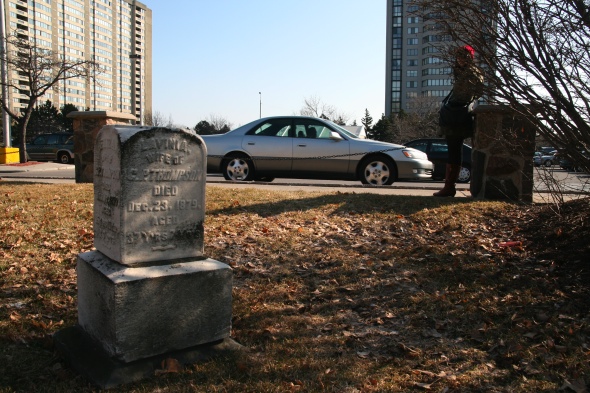 It's worth it to note that this peculiar cemetery, as sort of roundabout in the middle of a bargainful mall's parking lot, also fortuitously serves as a perfect model for urban planners in being a sort of de facto green space. Imagining the Price Chopper and surrounding mall without this greyness-interruption, the value added by the space, both esthetically and in a "mental environment" sort of way, becomes obvious.

Simply put, that gross barren mall-sprawl feeling is completely turned on its head by this small patch of green, making the Price Chopper feel like a cultural institution. Take note, developers! 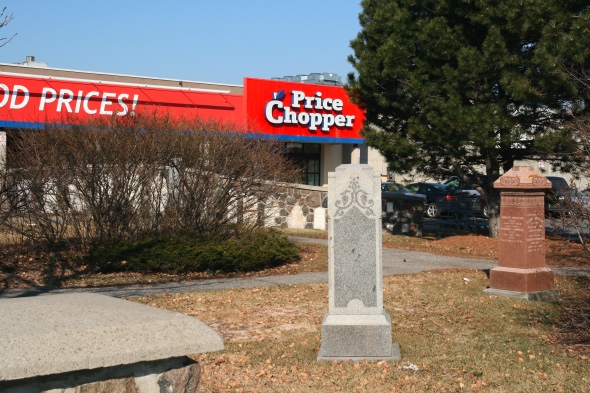 We spent a good hour relaxing in the parkette, occasionally asking local workers about ghosts. We failed to find stories of apparitions lowering prices in the night, but everyone we talked to commented on how lovely it was to have such a thing. And lovely it was. 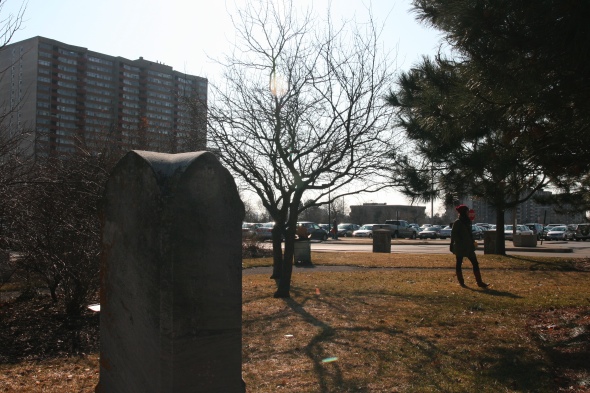