15 shows to catch at the Toronto Fringe Festival 2013

The Fringe Festival is celebrating a milestone this year in the form of its 25th anniversary, and is once again set to unleash a torrent of performances on eager Toronto audiences. In its over two decades on the scene, the festival has provided a platform for more than 2500 productions, raising over 5 million dollars for hardworking theatre artists.

Since its inception in 1989, the Fringe has continued to expand, adding the Next Stage Festival every January and the Creation Lab for discount rehearsal space. Here are some festival highlights this year:

Bremen Rock City / Palmerston Library Theatre / Page 14
A promising new musical for the whole family, Bremen Rock City is about an indie band of animals from the farm who journey to the city where rock legends become stars. Band leader Jack, a guitarist donkey, is accompanied by Duke, a dog on drums, Lex, a lazy cat who plays a mean bass, and rooster Simon, who provides the vocals. The musical is a collaboration from Sara Farb, Colleen Dauncey, and Akiva Romer-Segal.

A Midsummer Night's Dream...A Puppet Epic! / Palmerston Library Theatre / Page 15
Shakey-Shake and Friends have been a major FringeKids! highlight the past two summers with their clever adaptations of the Bard featuring a bunch of loveable puppet characters. After tackling The Tempest and Romeo and Juliet, they'll delve deep into the costume trunk for A Midsummer Night's Dream, the playwright's most popular comedy. Their efforts are a fitting intro to Shakespeare for younger audience members, while at the same time still engaging for those who appreciate the source material.

Death Married My Daughter / Tarragon Theatre Mainspace / Page 16
The family Smith-Gilmour are our Canadian clown experts. Having learned the tricks of the trade from masters in Paris, Michele Smith and Dean GiImour, now with their daughter Nina, continue to share the craft with Toronto audiences. In Death Married My Daughter, a play set in the bouffon clowning style, Ophelia and Desdemona come back from the dead to expose their murderers and revisit the sites and situations that caused their untimely deaths.

Radio :30 / Tarragon Theatre Mainspace / Page 18
Chris Earle returns to the Fringe with Radio :30 after its presentation here in 1999 cemented it as one of the festival's most successful shows. In that year, it was awarded the Dora Mavor Moore Award for Outstanding New Play, as well as the Chalmers New Play Award. Earle stars as an actor who implodes while in the booth recording a radio ad. The remount reunites Earle with director Shari Hollett for a fringe circuit tour with stops in five Canadian cities.

The Adversary / Tarragon Theatre Extra Space / Page 20
Billed as "Woody Allen stuck in The Wire," Andrew Bailey's The Adversary uses the backdrop of an inner city church to explore our notions of justice when faced with difficult situations. When a dangerous threat makes itself present, a church caretaker who advocates patience and fairness appears in stark contrast to his colleague who prefers punishment and retribution. The play is dramaturged by Atomic Vaudeville's Jacob Richmond and Britt Small.

Alex Nussbaum's Handbook to the Future / Tarragon Theatre Extra Space / Page 20
Funnyman Alex Nussbaum uses his solo show to consider just how intertwined humankind has become with its technology. While he won't be making love to a robot (we hope), he will use monologues, sketches, and illustrations to explore our drive for self-improvement and the role of our machines in helping us achieve all that we desire. A stand up comic by trade, Nussbaum's show is his first ever Fringe foray. 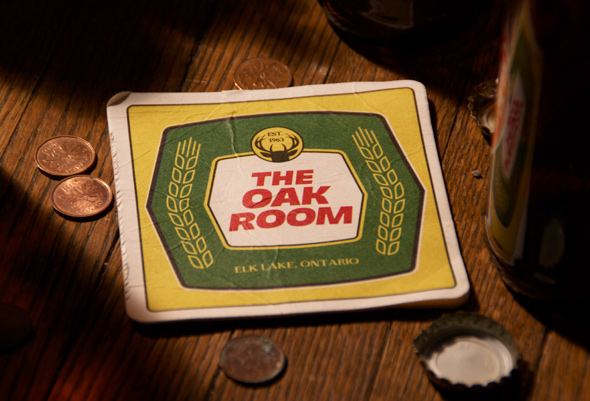 The Oak Room / Theatre Passe Muraille Mainspace / Page 56
Peter Genoway's first play rose to the top as the winner of this year's Fringe New Play Contest, an honour most recently bestowed on Kat Sandler's Help Yourself and Ins Choi's Kim's Convenience. In The Oak Room, a claustrophobic bar in Northern Ontario is the setting for a mysterious conversation between a patron and the owner about the happenings in another bar. This promising new play is directed by Amos Crawley.

The Truth About Comets / Tarragon Theatre Extra Space / Page 22
Ginette Mohr has one of the more hectic Fringe schedules this year. In addition to directing Life as a Pomegranate at the Ulster Coin Laundry, her new play The Truth About Comets, in which she stars alongside Ingrid Hansen, has its Fringe premiere. In the play, a young boy who disappeared in 1958 starts to communicate through the radio and a young girl must work together with her mother to save their family.

trip / Annex Theatre / Page 32
A collection of three short plays on the subject of striking deals with the Devil, trip is the three part journey of one man as he wrestles with grief, considers the talents of rock music legends, and encounters genetically modified monkeys whose intelligence borders on dangerous. The plays are written by three National Theatre School graduates Colin Mercer, Maureen Gualtieri, and Leah Jane Esau, with direction from Outside the March Co-Artistic Director Simon Bloom.

It's Always You: A Musical / Helen Gardiner Phelan Playhouse / Page 48
Every day at 4:03, an alternate reality begins afresh for the characters in It's Always You: A Musical. Bill, Elaine and Ted are the triangle of lovers in question who swing dance in and out of each others lives depending on the current scenario at play. The musical features a lineup of talented performers, Dan Redican, Sheila McCarthy, and Shawn Thompson in the three major roles.

Polly Polly / Theatre Passe Muraille Backspace / Page 59
An existential crisis turns into a big screen romp for a call centre operator named Polly when a mysterious voice commands the protagonist to find out who she really is. Turning to the poetic voice in her head for answers, Polly is further intrigued by the move-like narration of her thoughts and actions. Playwright and actress Jessica Moss is a summer theatre darling whose performances brim with discovery. 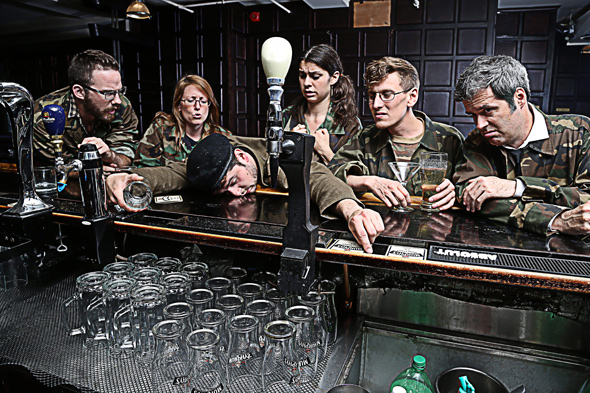 We Are The Bomb / The Paddock / Page 69
Playwright Kat Sandler and Theatre Brouhaha go site-specific this year with We Are The Bomb at the Paddock, Toronto's third oldest bar. The play imagines a Canada in the near future where Prohibition comes into effect. So, like any beer-swilling Canadians would do, the characters proclaim their favourite pub autonomous, a nation unto itself. The Paddock, which opened its doors in 1946, will serve as a cozy backdrop to the revolutionary spirit.

Morro and Jasp: Go Bake Yourself / 918 Bathurst Street / Page 64
There's a reason you can't leave Morro and Jasp off the annual Fringe preview â their shows are hilarious. Whether they're adapting Steinbeck (Of Mice and Moro and Jasp) or letting loose during Spring Break (Morro and Jasp Gone Wild), Heather Marie Annis and Amy Lee, along with director Byron Laviolette, deliver thoughtful and funny stories year after year. Their Dora Award winning hit Go Bake Yourself finds the twosome getting up to all kinds of trouble in the kitchen.

Much Ado About Nothing / Victory Cafe / Page 66
After last year's The Taming of the Shrew, Shakespeare BASH'd returns to the Victory Cafe for some more contemporary classics in Mirvish Village. Much Ado About Nothing is the play of choice, which showcases the razor-sharp wit of Beatrice and Benedick who dig their heels in when marriage seems inevitable. Expect this treatment to land somewhere closer in resemblance to Joss Whedon than Kenneth Branagh.

Spoon / Glad Day Bookshop / Page 66
Sky Gilbert has been presenting work at the Toronto Fringe since the early days of the festival. Gilbert has the ability to bridge cerebral, academic theories with the more fun and in-your-face themes characteristic of queer performance. Case in point, this year he directs Spencer Charles Smith's Spoon, which uses Judith Butler's performance theories as a jumping off point to consider how the big spoon and little spoon labels are akin to heteronormative roles.

The Toronto Fringe Festival runs from July 3 - 14. Visit the Fringe website for tickets, event times, and additional programming that runs throughout the festival. Download a complete Fringe Festival Program Guide to plan your own viewing schedule.