War Horse is a winner

In what can be called the most anticipated event of the Toronto theatre season, War Horse has officially galloped onto the scene with an energetic opening at the Princess of Wales Theatre. After wildly successful runs in London and New York, and with the Steven Spielberg film still in cinemas, excitement couldn't be higher for the largest horse franchise in recent memory.


War Horse is a rare piece of theatre — it's an inspiring story between a young boy and his horse told using mechanisms of theatre that showcase the best of the art form. Leaning heavily on imagination (the Chorus monologue that opens Henry V comes to mind), the play lives up to expectations in every way. 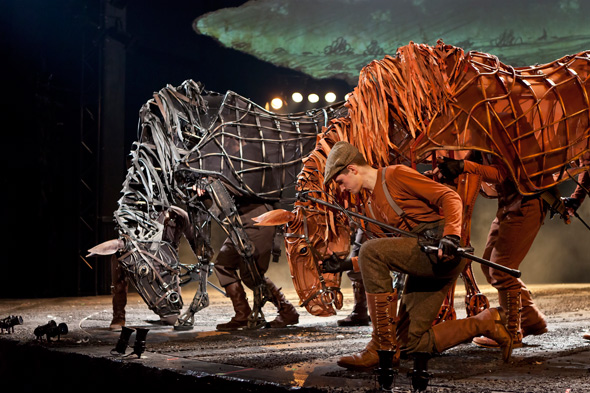 The Handspring Puppet Company has crafted living and breathing horses that stand at the emotional core of the drama. If there was any doubt that the magic could be replicated with an all Canadian cast, they can be put to rest with the production now on stage.

In the play's first act, we meet Joey, a hunter horse who quickly proves he possesses qualities of courage and loyalty. He's reared by an equally likable young man named Albert (Alex Furber) who guides the horse through the irrational whims of the family's drunken father. After Joey is sold to English forces traveling to do battle with the Germans in Calais, and then at the Somme, Albert joins the army in the hopes of bringing his beloved friend back home. 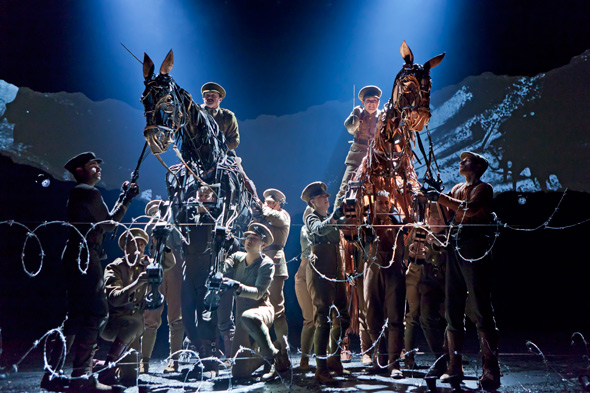 The relationship between Albert and Joey is richly developed in the first act. The pairing is made believable through the work done to make Joey feel like a whole character. Reliant on subtle movements and affectionate moments, the bond between the horse and his handler is firmly established in these earlier scenes, without which the play would fall flat.

That Joey stands as a character in his own right is a testament to Handspring. You'll hear from those who've seen the show that you begin to forget the horses are puppets — it's not hyperbole. The artistry of the horse design, together with the manipulators who animate realistic behaviour, is what makes War Horse one for the ages. 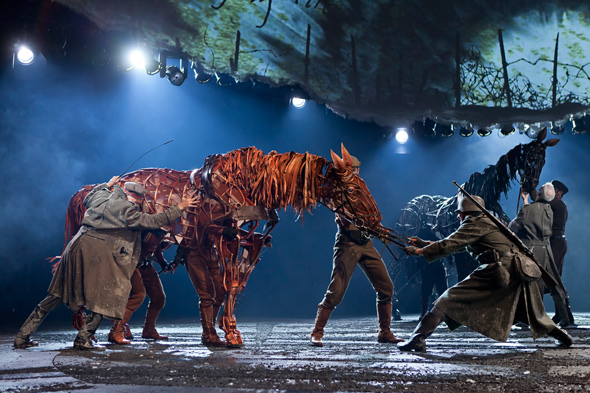 And it doesn't end with the horses. The scenes that depict the battlefield and the minimal props and set pieces used to establish setting all provide the audience enough of a picture to sketch in the rest. Directors Marianne Elliott and Tom Morris harness the qualities of theatre that work best — imagination, chorus, and liveness — to bring the story of Joey and Albert to life.

Furber energizes each scene as the naÃ¯ve but determined Albert. His love for Joey is made real in this young actor's hands. Patrick Galligan also stands out as the German solider who shares Albert's respect for equine kind. And the teams of three that bring life to Joey and Topthorn show true dedication. They breathe, run, and whine as the horses do. 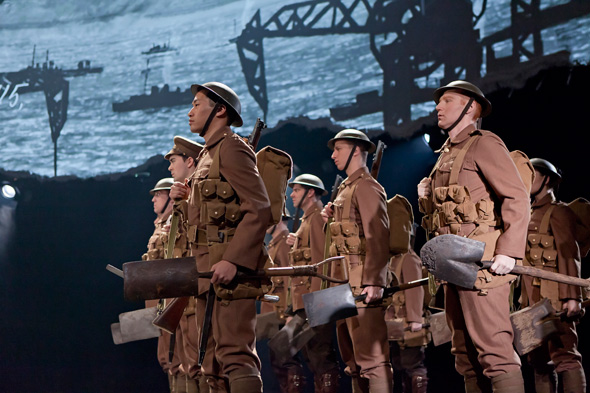 The projections are overshadowed by the action in the forefront, but Rae Smith has penned some beautiful animation that helps establish context.

It's rare that a play, and not a musical, is the show not-to-be-missed on the Mirvish calendar, but War Horse is a rare breed in which the storytelling and mis-en-scene combine to create something special.

War Horse, directed by Marianne Elliott & Tom Morris, runs at the Princess of Wales until June 30.