Everything Under the Moon a playful little masterpiece

There's a danger in theatre to clutter and over-complicate the telling of a good story. In Everything Under the Moon, the latest collaboration between Winnipeg songstress Christine Fellows and Toronto visual artist Shary Boyle, a beautiful friendship between a honey bee and a bat is told through song and overhead projection.

The result is a seemingly simple but vastly imaginative journey that explores the delicate balance of our ecosystem. It's an incredibly whimsical play both in the images that pulse with wonder and the narrative that builds with each new setting. The use of song and real-time animation make the piece so live and immediate, that you can't help but feel a part of the environment the characters seek to hold on to. 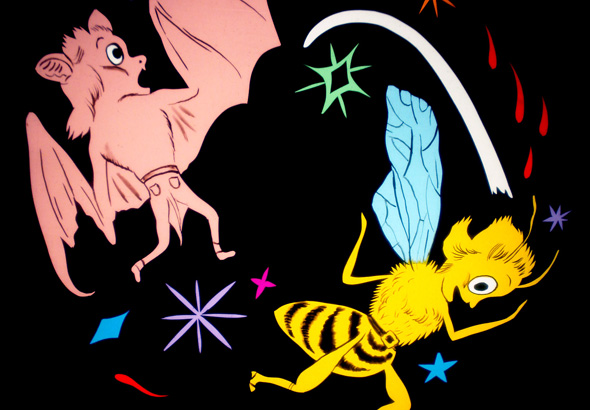 Idared and Limbertwig, the unlikely pair of a honey bee and a bat, set out on a journey to find the source of their respective species' decline. The pair meet a number of creatures along the way — an owl, an Inuit man and his dog, a woolly mammoth, and a dancing spider — all connected to the system in which they live. Their path to the cold North eventually leads them to the inside of a volcano in the South.

Throughout, Fellows narrates with playful songs on the keyboard and ukulele all while giving voice to Limbertwig. She's accompanied by Ed Reifel on percussion and Alex McMaster on cello. The three musicians animate the sounds of the diverse environments. There's nothing standard about these beautifully-crafted songs. Each unique piece is informed by the circumstance of the characters and Fellows charmingly brings us into their world. 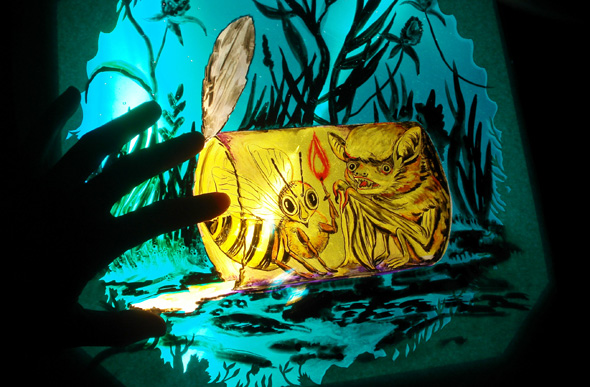 In step with the narrative, Boyle's images are utterly stunning. With the use of transparent landscapes and layered stencils, Idared and Limbertwig float and fly over beautiful Canadian terrain. In one inspired sequence, the Inuit man narrates a folktale about the wolly mammoth. Behind the screen, Boyle, with the use of two ladders, adorns Fellows with large stencils which represent each stage in the mammoth's growth — the resulting image resembles a towering totem pole. Her images are genuinely moving and combine with Fellows' music to create a unique form of storytelling that needs to be seen to be believed.

While giant puppet characters on each side of the stage, yet another representation of the twosome, are less than stunning and transitions between scenes are far too loose, the minor rough-around-the-edges are easily forgiven.

In every way Everything Under the Moon is alive with imagination. Idared and Limbertwig will float and flutter their way into your heart. 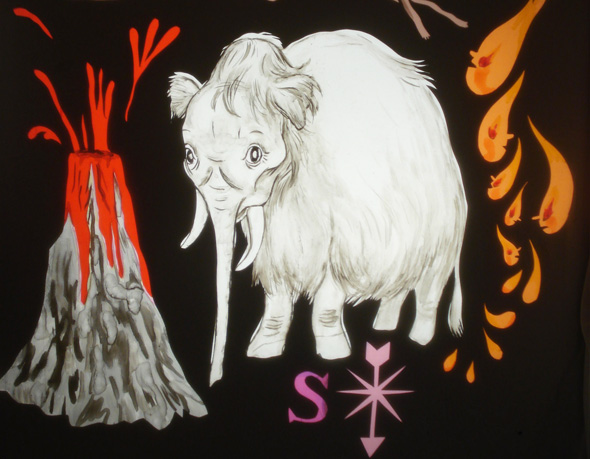 Everything Under the Moon, the first play as part of the 2012 World Stage programme, runs until February 23 at the Enwave Theatre.

World Stage is composed of eight productions that will appear at Harbourfront this year. Here are four of the most exciting that will touch down for a limited time: