Not much passion In the Next Room 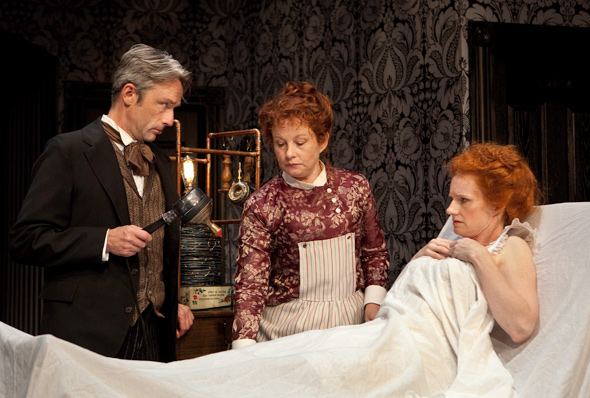 Ruhl is one of America's most exciting young playwrights. Her plays Dead Man's Cell Phone, Eurydice, and Passion Play have all been warmly received, with In the Next Room a finalist for both the 2010 Pulitzer Prize and the Tony Award for Best Play. The hysteria suffered by the patients on the doctor's table seems caused by a lack of passion. Givings and the lady of the house also lack spark, the irony being that he can please everyone but his own wife.

It's this central relationship where the play, and Rose's production, goes awry. David Storch plays the role with clinical precision. The earnestness with which the doctor believes his instrument is treating hysteria, as opposed to giving immense pleasure, is unwavering. The result, however, makes Givings a poor theatrical subject â in the debates about passion and love that the play should be about, Givings is flaccid. The closest he comes to bubbling over with emotion is in indicating that he might be feeling something close to jealousy after seeing his wife touch the face of another man. Storch plays the part with nuanced restraint, but isn't given a chance to go far beyond. 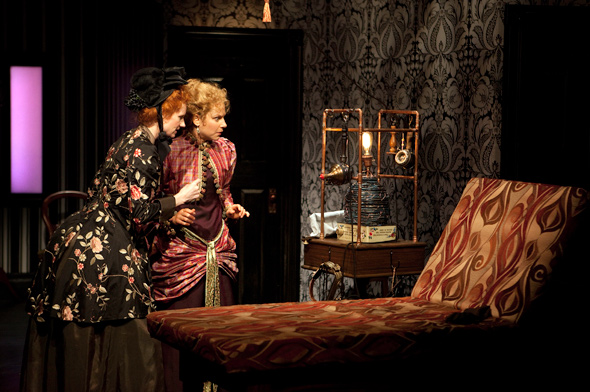 In the Next Room reaches towards a comment about the complexities of enduring sexual energy between men and women, but fails to reach climax with an unbalanced debate between science and passion.