The Tale of a Town - Queen West

The Tale of a Town - Queen West is a theatrical journey into Queen St. W. told through several characters portrayed by one talented performer/creator, Lisa Marie DiLiberto.

While DiLiberto delivers the lines impeccably, the tales themselves were largely obtained from many of the colourful characters that have made up the legendary Queen Street scene over the past three decades.

The play merges live music, stock footage and oral histories of local icons (including Handsome Ned, The Shuffle Demons and Mary Margaret O'Hara) creating a fun, site-specific jaunt through a section of one of Toronto's most cherished neighbourhoods. 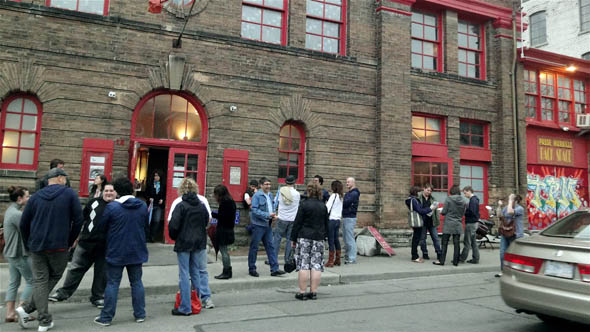 The Tale of a Town begins in front of the Theatre Passe Muraille, where a cheerful DiLiberto quickly captures our attention, standing on a milk crate in a red coat and blonde wig, microphone in one hand and a bottle of bubbly in the other. 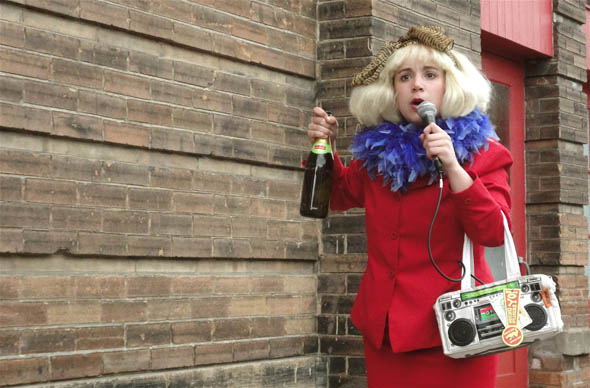 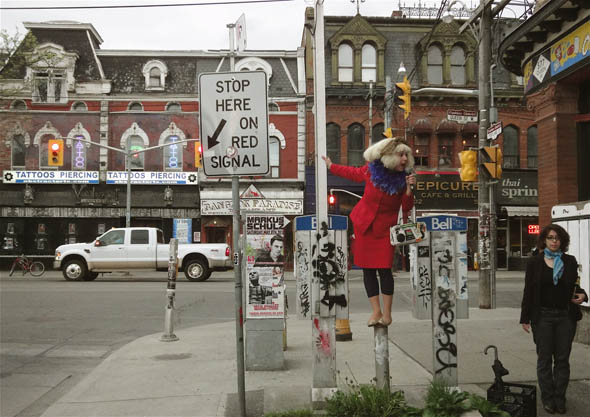 We're led through nearby back alleys and along Queen St., getting intriguing glances from passersby. Even having lived in Toronto for a large part of my adult life, I learned so much more about the richness provided by this part of the city. 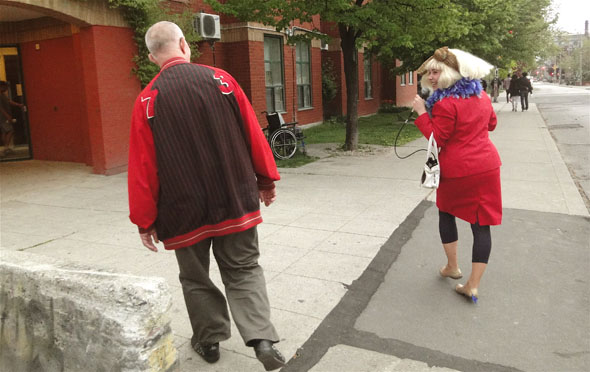 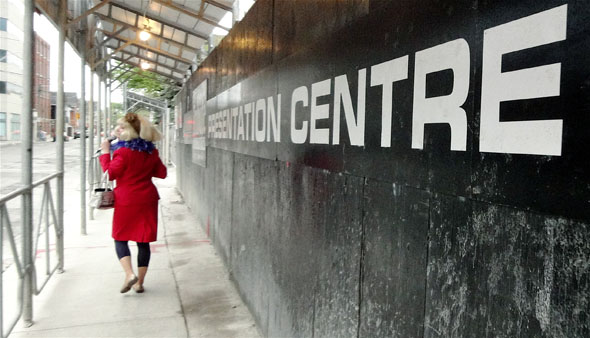 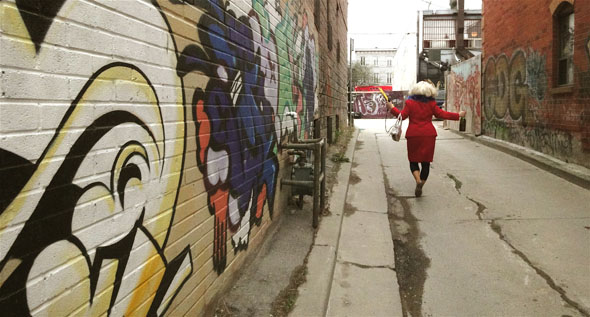 The final destination is the FIXT POINT at 609 Queen St. W., at the precipice of the site of last year's Queen Street West fire. We're welcomed into the Champagne Flaming Feather Boa Eco Boho Legend Lofts -- a place where the reality of Queen West has once again transformed and evolved. 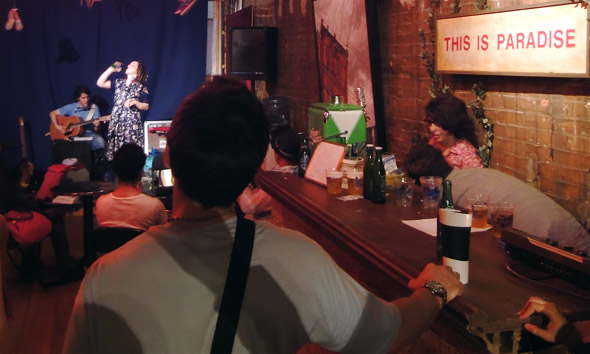 Kudos to Musical director Treasa Levasseur for her tireless interviews of local musicians that contributed to the many sordid stories, secrets and songs that provided inspiration for this multimedia documentary-like production. 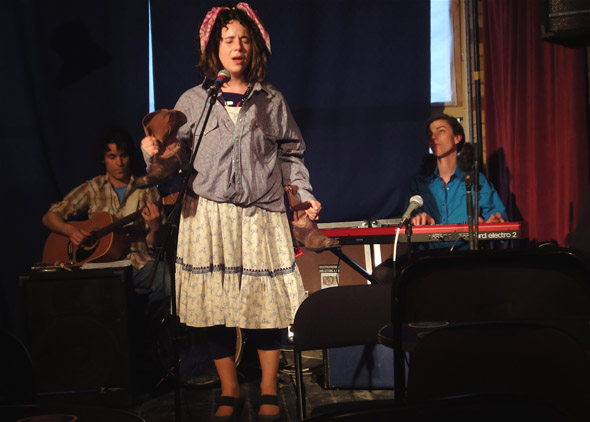 The Tale of a Town is deftly directed by Varrick Grimes, with set and costume design by Lindsay Anne Black. Video and sound by Charles Ketchabaw helps propel this production with a strong musical backbone.

Review and photos by Roger Cullman.