Twitter opens the doors to their new Toronto office

Twitter's new Toronto office has found a home on King West. Previously located in a temporary space on King-Spadina, the Toronto team, mostly focused on media partnerships, moved into their new suite a mere month ago.

One of the benefits of working for a company that has over 30 offices worldwide is having a specialized team that goes around to different cities to open up new offices. The staff got to step in to their space completely furnished without any pending construction work. 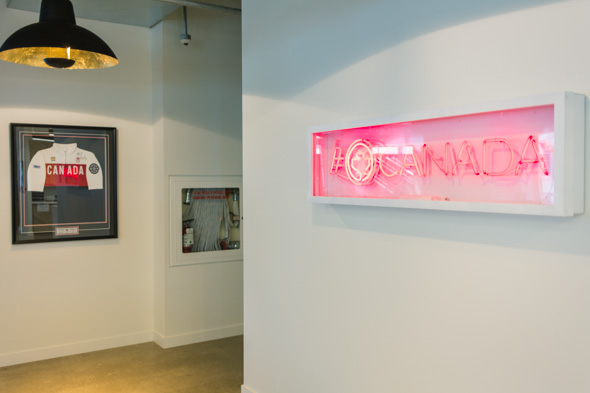 Keeping with the social media site's theme, each Twitter office gets a dedicated hashtag all its own. The Toronto office has #OCanada. It's displayed in neon lights in their open work space and was the main theme on the t-shirts they gave away at the launch party on Wednesday. 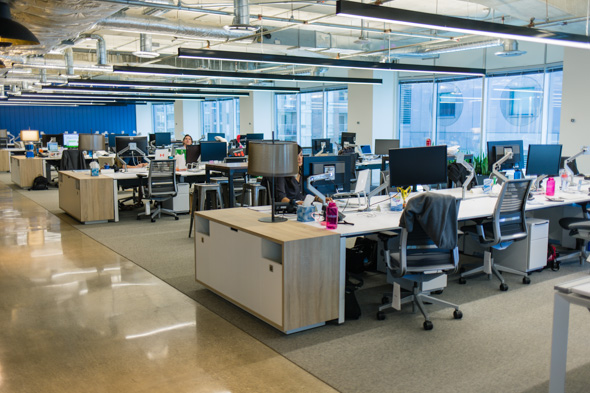 A mix of open office workspaces and meeting rooms, the Twitter office is built to host brand advertisers and media partners who will be the most frequent visitors in their space. 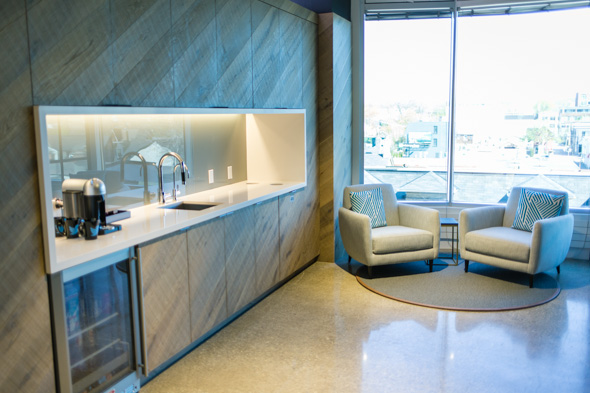 Their kitchen and dining area easily converts into an events or all-hands meeting space. Some of the Twitter-branded paraphernalia around the office includes branded gum balls, cardboard hashtags, #hydrate water bottles, and a toaster that brands your slice of bread. 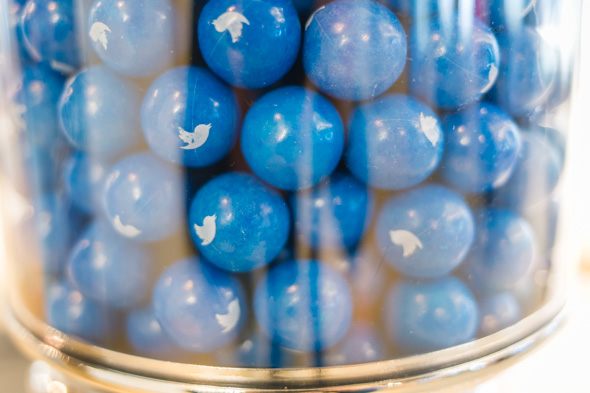 Big on transparency and collaboration, all the rooms and areas in the office make use of glass exteriors with a few enclosed cubbies for quiet work scattered around the floor. 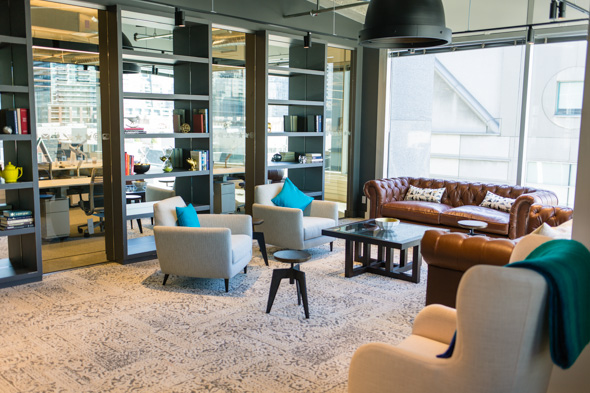 The Toronto staff got to vote on the themes of their meeting rooms, which range from neighborhood names like "The Annex" and "Beaches" to names of famous Canadian towns like "Banff." 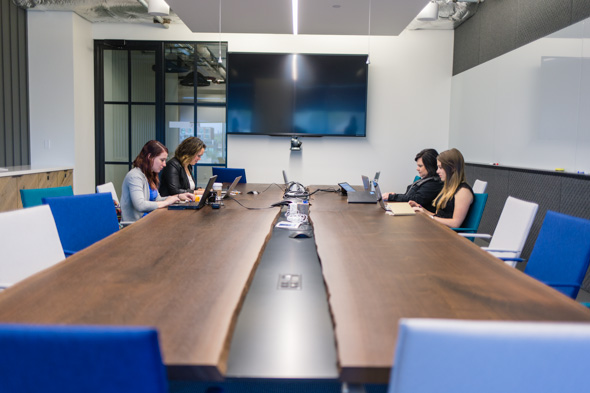 During my tour, I discovered that when Twitter partners up with brands like Dove and La Voix (the insanely popular French version of the TV show, "The Voice"), the brand's internal team and Twitter's sales and partnership teams get together and craft responses and tweets inside war rooms in Twitter offices worldwide. 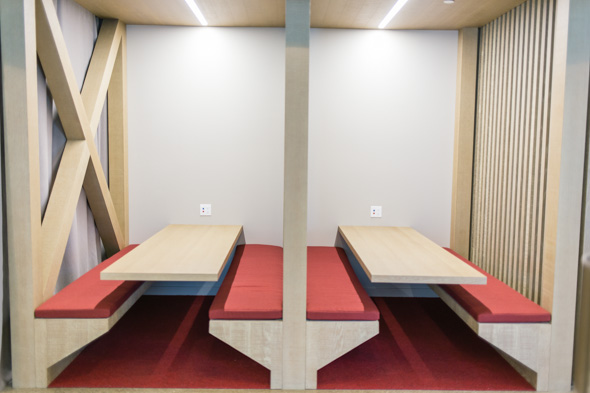 Some meeting rooms around the Toronto office are set to transform into such war rooms based on projects being worked on. 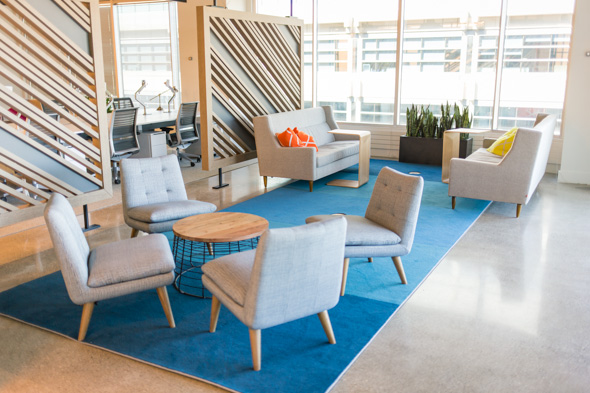 Twitter had its IPO in November 2013 and has similar sales and partnership-focused offices around the world. Their Toronto office is the only Canadian office. The company's headquarters are located on Market Street in San Francisco, where all the product and engineering work takes place. 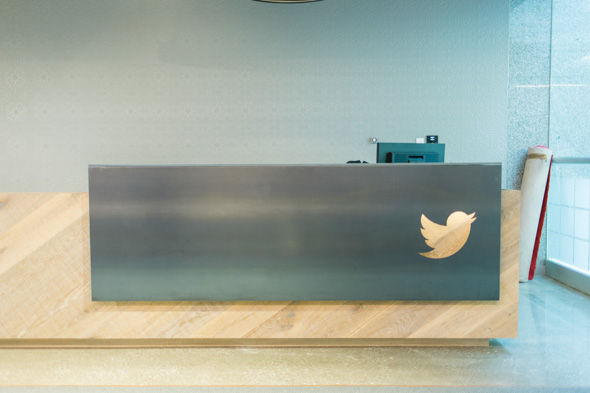