The launch of Netflix in Canada will almost certainly represent the final nail in the coffin of Blockbuster and mom-and-pop movie rental stores. The arrival of the world's largest subscription service streaming movies and TV episodes has been hotly anticipated since the company's Canadian plans were announced in mid-July, and the website finally went live this morning.

With a $7.99/month unlimited membership, people didn't waste any time signing up. The company also shut down John St. in preparation for their launch, which kicked off with a press conference featuring co-founder and CEO Reed Hastings.

I've never used Netflix (darn Canadian postal code), but have long hoped for it's arrival in Canada. For those not familiar with the service, Netflix users pay a monthly membership fee for access to TV shows and movies - prices are tiered and certain plans offer unlimited access to content. The U.S. also operates a DVD mail system where users can start a queue of movies/shows they want to see, which are mailed out within one business day.

This is the company's first foray outside the U.S., so I guess we can't feel too slighted by how long it took them to arrive north of the border. Hastings said they chose to expand to Canada because of our broadband access and high movie consumption (see: TIFF). Today's launch wasn't very top-secret as they were setting up all day yesterday, and Twitter was abuzz with the news (the @Netflix_Canada account followed me last week so I knew something was up - although the account claims no affiliation with Netflix). 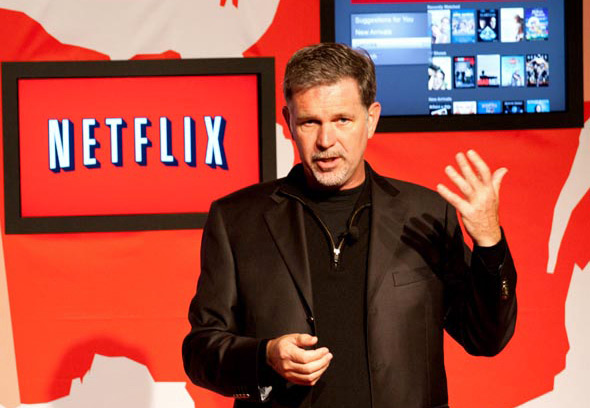 The company, which has over 15 million users and over 90,000 titles, is only making the streaming service available to Canadians - sorry, no DVD delivery a la Zip.ca. Very 2010 of them - although I do enjoy getting good old-fashioned mail every once in a while. And unlike the U.S. they won't have tiered memberships - just the one unlimited plan.

I had a chance to try the service out before the public launch, and have to say I'm already addicted. It's super easy to use - sign in, browse titles by Genres, New Arrivals and Movies You'll Love, and when you find something you like click play (or if you see something you don't like, just click not interested to adjust your taste preference). The only downside? I had to install Microsoft Silverlight on my Macbook - I suppose a small price to pay for unlimited content.

The database is pretty comprehensive already with 7,000 movies and complete seasons of TV shows available. I'm assuming they'll be updating the New Arrivals section soon, unless What Dreams May Come is being re-released for 2010 audiences. Although typically movies only become available on Netflix 60-120 days after their DVD release (with a few exceptions) so you'll have to go elsewhere to watch the latest and greatest.

If you're someone who likes discovering hidden gems or movies you've never heard about the Recommendation Engine is great - answer a few questions about the genres you like, or just rate a couple movies on the site, and it starts tailoring suggestions to your tastes. The selection is definitely limited though - I've been assured they're working on securing distribution rights in the background and will be adding additional content in the coming weeks and months.

Users can try the service free for one month to see if it's up their alley - once you sign up for the $7.99/month unlimited membership you can stream content on your computer or on your TV through any Netflix-supported devices (Nintendo Wii, PlayStation3 and Xbox 360 later this fall). They just released theiPad/iPhone/iPod Touch application in August, and the service will be available on AppleTV when it's released. 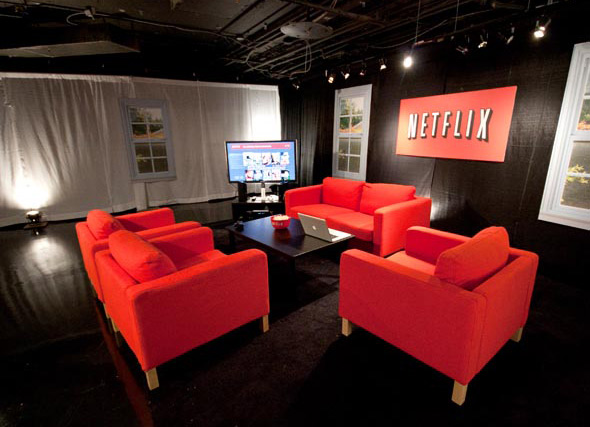 While I've only had a chance to briefly try the service, it's a complete no-brainer for me to join. Rogers on Demand costs $3.99 and up per movie and has a limited selection of TV shows available. Since I already hand over a hefty chunk of my change to Rogers every month for my cable, internet and wireless services I'm happy to pay a small price to have access to Netflix's library. Maybe it would be different if Hulu was available in Canada but, alas, it's not. And while many were concerned about pricing options, it's not tiered like the U.S. due to the lack of DVD delivery - less than $8 per month for unlimited content, which is less than the cost of a few on-demand movies.

But The Next Web Canada's Tris Hussey did bring up some noteworthy concerns in his pre-launch article yesterday. The most glaring issue is how data providers like Rogers will react to the launch considering they have their own on-demand streaming options - and more importantly, how streaming Netflix content will affect my monthly data charges. And if users don't want to stream - long TTC rides anyone - can they download the content for later?

Hastings says as long as members have a reasonable internet plan ($30-$40/month) they should be fine in terms of data consumption, and he insists they're not trying to compete with regular cable companies. "We're not an effective competitor to cable," he said at this morning's press conference. "We're more like a bicycle to their car." He says the service supplements cable, and they can't directly compete since they don't offer typical cable programming like sports. He even says they're not a competitor to Blockbuster since they don't get new releases immediately (but I don't buy it - when's the last time you rented a DVD from a store?).

Despite the questions around consumption, content selection and the affect on my monthly bill I'm excited about Netflix's Canadian launch, and am definitely a devoted new user. I won't be giving up my Rogers cable services though, so they haven't completely converted me - just provided a complement to what I already have. Will you be signing up for Netflix Canada? What are your issues with it?