Rochelle Latinsky has a friend staying with her next week. But she didn't meet this friend at university, at work, or at a local event -- she met her last summer when she first surfed on her couch. Casie will be just one of countless people who Rochelle has hosted on her couch in the past four years, in her local apartment she likes to call #casaossington on Twitter.

It's all part of a global hospitality exchange network called CouchSurfing . Rochelle is just one of over 1.75 million people in over 230 countries and 70,000 cities who have either offered up their couch or stayed on someone else's around the world. And Toronto has a vibrant CouchSurfing community, with thousands of hosts and visitors each year.

CouchSurfing.org is a non-profit organization founded by Casey Fenton. He came up with the idea when planning a trip to Iceland. He e-mailed 1,500 University of Iceland students looking for an alternative to a hostel, and ultimately had 50 offers of places to stay. He had such a great time staying with local students that he vowed he would "never again get trapped in a hotel and tourist marathon while traveling." He partnered with three friends and launched the beta version of the site in 2003, and opened it to the public in 2004.

Canada has the 5th largest number of CouchSurfers worldwide, and many of them are in Montreal and Toronto. If you visit the Toronto page on the CouchSurfing site you can see that there are over thousands of CouchSurfers in the city. They meet up weekly (Sundays at 7 p.m. at the Tranzac), often with visitors they're hosting at that moment. There's also a Toronto group on the site with over 3,400 members where hosts and surfers can connect. Visitors can find a couch in Toronto, find rides to the city, check out things to do, and even post photos in the Flickr pool. And for those who get their info via 140 character updates, you can follow the Toronto goings-on on twitter at @csto. 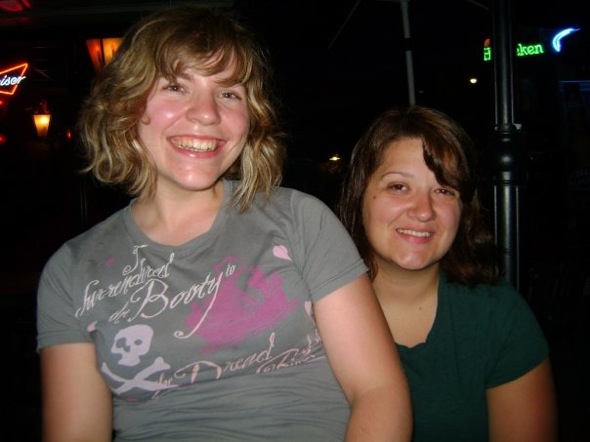 Rochelle got into CouchSurfing through a friend in Toronto who kept talking about all the amazing people she had met. She's lost count of how many times she's hosted since 2007, but estimates she has visitors an average of once a month. She says it picks up exponentially from May-August when the weather is nice. She plays tour guide to her visitors, often showing them sights in the city, whether it's having a few pints on a patio or keeping them away from the popular tourist attractions. "Toronto is such an amazing city, I love that I can show travelers a side of the city that they wouldn't ordinarily experience because of all the tourist traps." And she seems to be a good host; many of her visitors, like next week's arrival Casie, are repeat surfers.

There are obvious security concerns when you're letting strangers stay on your couch. As such, CouchSurfing's website has several precautionary measures to protect members: they have a network of references and friend links, and there are vouching and verification processes (their verification process also funds the community). The latter process confirms someone's address and also shows that they're serious about the program. But often it's up to the host to decide if they feel comfortable hosting a particular surfer.

Rochelle is cautious of who she says yes to. She has a personal vetting process to avoid any negative situations. Since she's an experienced host she knows what kind of person she can capably put up (usually women), and has made that clear in her profile. She doesn't hesitate to say no, and says that not every experience has been a positive one. "The big thing is if you don't get a good feeling from the person asking to stay then it's a matter of saying no. I have had a few negative experiences, just in terms of not being compatible with the person I was surfing with/hosting. It happens. You can't expect to get along with everyone." In terms of valuables she takes her laptop with her wherever she goes, and is often home when her visitors are, but ultimately says she's not worried about theft.

Rochelle doesn't just host, though. She's stayed on couches in New York, Montreal and a few other cities in Ontario (during one memorable experience she ended up sleeping on the roof of her host's place in NYC because it was too hot). She says that whether surfing or hosting, she's met some of the most incredible people on the planet, and it's about more than just having a couch to crash on. "It's not just about having a free place to stay. It's about paying it forward. Being respectful and being grateful that someone has let you into their lives temporarily. Don't be afraid to share your culture and experiences no matter if you are the host or the surfer."