A popular waterpark outside of Toronto is facing harsh criticism after it was revealed they publicly weighed clients before they're allowed to go on some attractions.

Earlier this week multiple news reports indicated customers weren't too happy with policies at Wild Waterworks Hamilton, after a young person refused to be weighed before going on the Blue Demon Water Slide.

The person told CHCH that she wasn't comfortable being weighed as she deals with an eating disorder.

Since then, complaints have been popping up on social media and Google reviews, requesting the park change their policies immediately.

"Beware…you are going to get weighed before each slide," read one review. 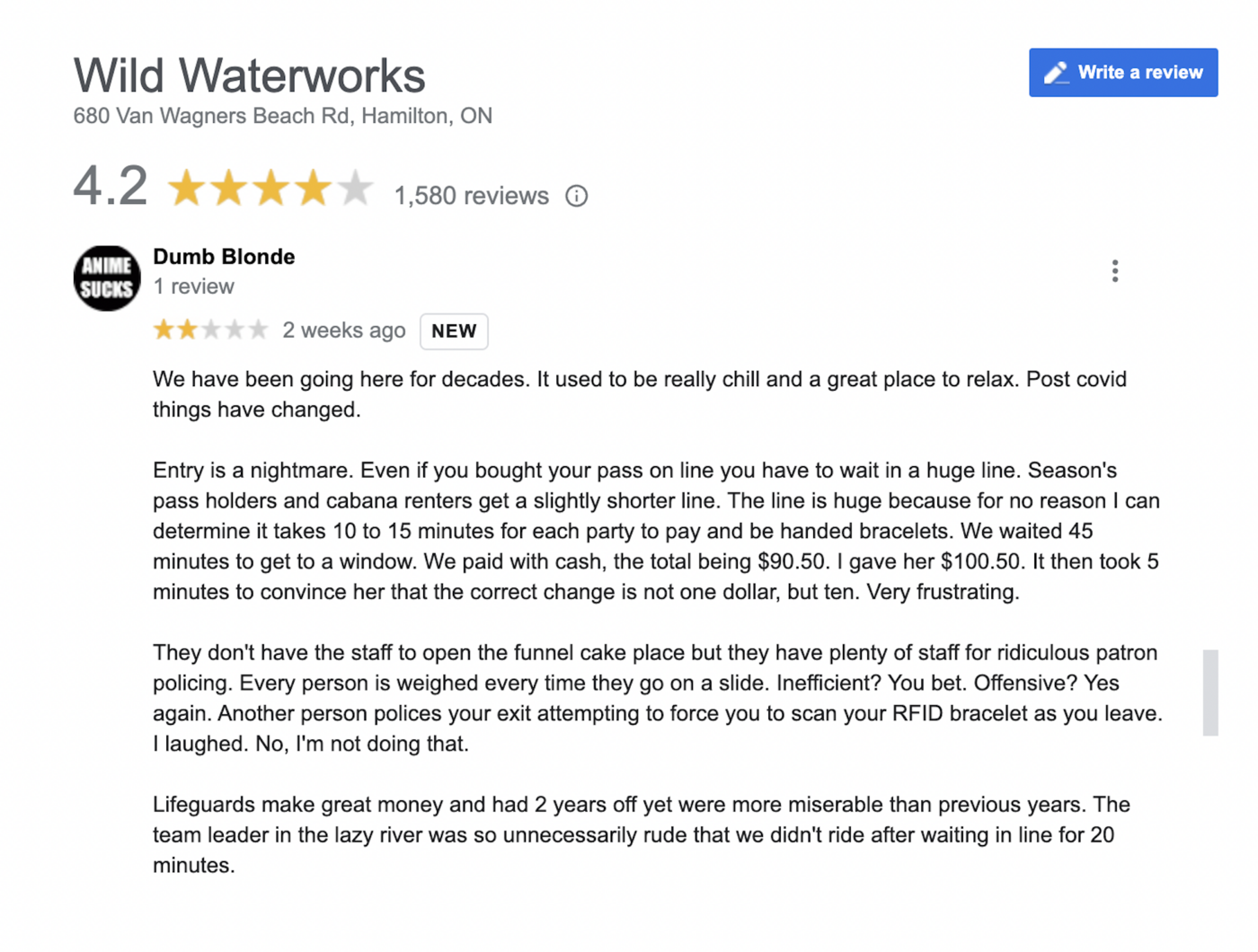 Though the majority of the reviews were positive, it seemed the ones posted most recently complained about the scales and wait times.

"Every person is weighed every time they go [on] a slide. Inefficient? You bet. Offensive? Yes again," read another.

Acccording to Sarah Gauden, of the Hamilton Conservation Authority (HCA), weighing policies have been in place since the slides were installed and are not new.

"In an effort not to offend specific individuals, all riders are being asked to go on the scales before being permitted on the attraction. Scale readings are viewed by the slide attendants and not broadcast to the public," she said.

Gauden confirmed there is a scale at each slide and everyone is weighed before they can enter them. Though she said weights aren't broadcasted to the public, it would be pretty obvious to tell if someone was turned away as would have to leave the line and not proceed forward.

Since the story was published, the HCA will be reviewing their policies to follow guidelines and restrictions, while also providing a positive experience for their guests.

"We are required by TSSA and Public Health to meet the safety standards and guidelines for rider safety that are set out by the manufacturers of the rides," said Gauden.