Say goodbye to the random parking lot at Queen Street West and Soho, if you can even remember what it looked like.

Construction is now well underway on the new Mountain Equipment Co-op store in downtown Toronto, right between Lush Cosmetics and The Black Bull, where once stood the famous Queen West Hug Me Tree.

An opening date has yet to be announced, but we do know that this place is meant to replace the store's existing downtown location at 400 King Street West. 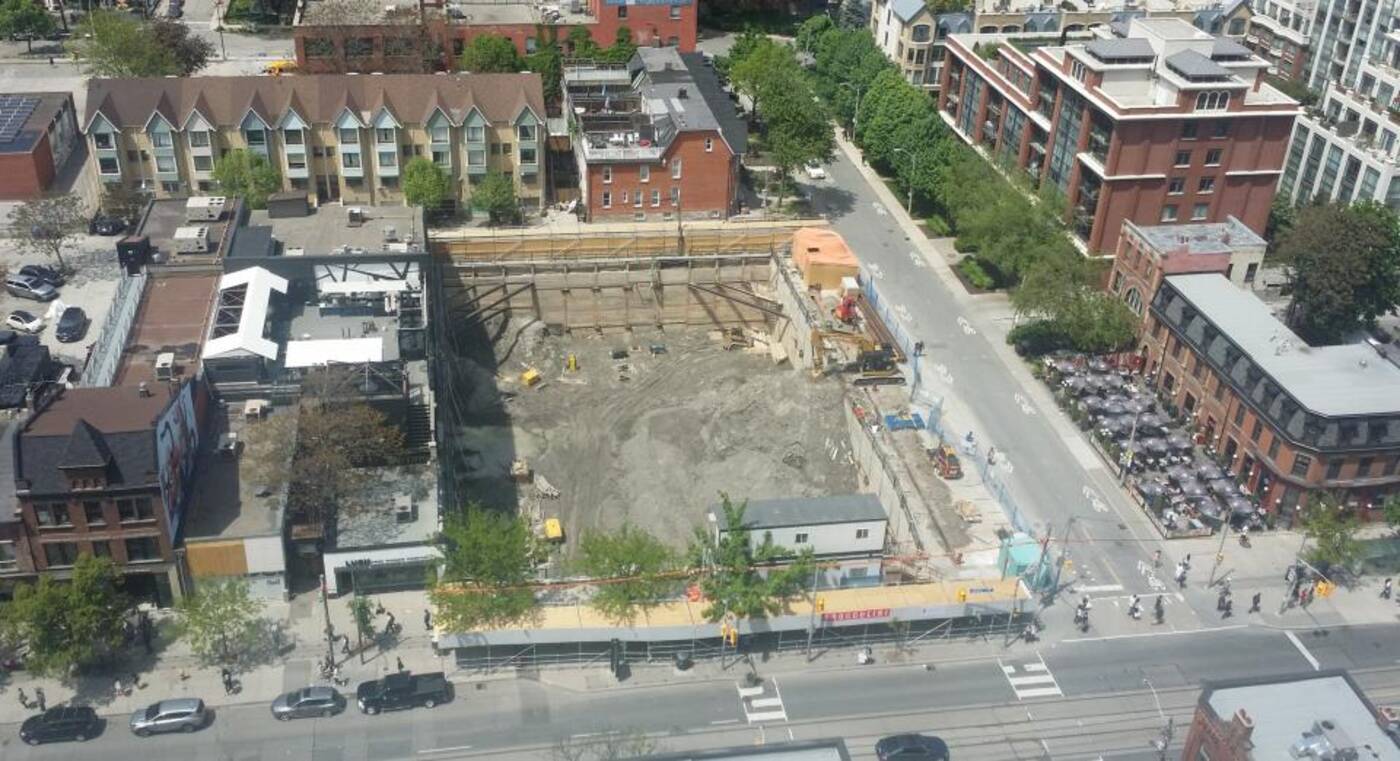 That store, opened in 1998, is about 42,000 square feet. The new store on Queen will be similar in size, at 40,000 square feet, but the hope is that it'll have some badass new features – like the rock-climbing wall at one of its Vancouver locations.

MEC's new Queen West location will also have three levels of parking below it, as well as a daycare, a green roof and office space atop the primary retail store.

Urban Toronto reports that MEC intends to have the new store built by the end of 2018, but with construction finally just beginning in January, it could be tight.

MEC previously opened a Toronto store near Sheppard and Bayview in 2016.