Residents of Harbord Village are working to keep the spirit of their skating rink alive, even though it's filled with garbage cans.

The recreation facilities at Robert Street Park near Bloor and Spadina are home to a multi-use field, a small pavilion, and a defunct skating rink and tennis court that are currently being used to store garbage.

Local resident Nicholas Provart has had enough and recently launched a petition to bring attention to the issue.

It's all apparently related to the proposal made by U of T to build a 23 storey student residence on the corner of Sussex and Spadina that would replace the Ten Editions bookstore.

"Overtaking Ten Editions is consistent with the university’s ongoing efforts to expand into neighbouring communities over the past 20 years. Since 1997, the St. George campus has grown by 290,000 square meters, increasing the university’s property area by 28 per cent. Holding nine ongoing development applications with the city, the #university has placed increasing pressures on surrounding #neighbourhoods in an attempt to meet the demand for office space and housing that is guaranteed to all first year #students. As a space for the transmission of knowledge and culture, it is the job of the university to engage surrounding residents in meaningful consultation, promote #heritage conservation, and improve urban life. Yet if the university wants to assist in improving #urban #livability, it has to ensure its sprawl is not impeding these attempts. Reviewing ongoing development projects to ensure they are in compliance with these goals would be a first step." (Photo by Sofia Ludwig) http://var.st/27b

The university has ownership rights over the area, which dates back to the turn of the century.

The petition explains that since the university designated the space to share with the public in 1988, it has fallen into disrepair so much so that the "rink hasn't worked and garbage cans are being stored there."

"It would be great if one of Canada's leading institutions could find a way [to] deed the land on which the rink and tennis courts are built to the City of Toronto to provide much-needed green space," writes Provart in the petition. 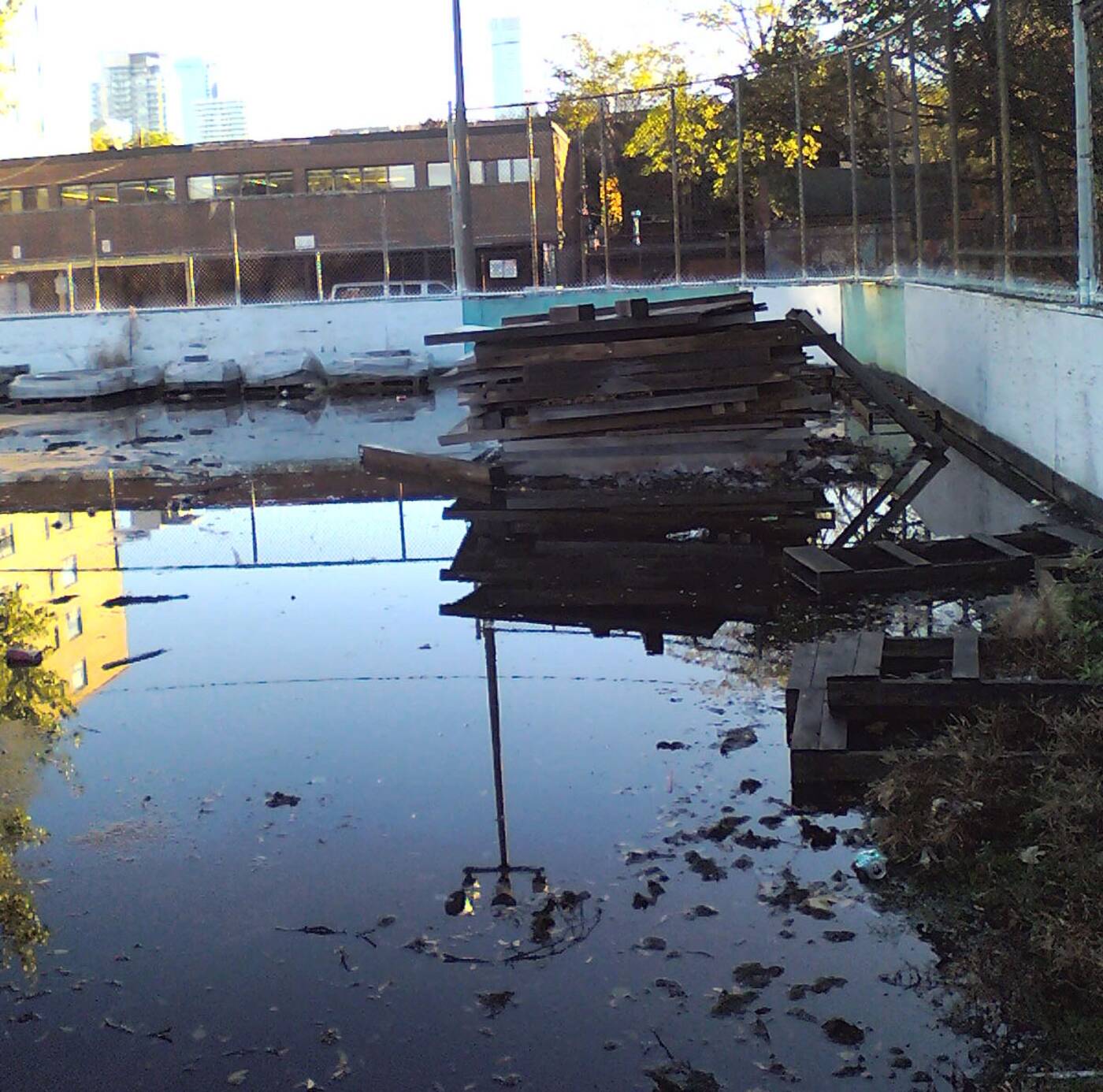 The current state of the Robert Street rink. Photo by Nicholas Provart.

Worth noting is that the City of Toronto did allocate $1.3 million for repairs to the recreation space back in 2009. So far those funds have remained untapped.

A spokesperson for U of T recently spoke to The Varsity saying the university does intend to eventually make improvements to the facilities, although no timetable has yet been put into place.