Casa Loma is about to become a winter wonderland

Like Beauty and The Beast's Belle, you can spend some time this holiday season poking around an enchanted, snow-covered castle at night.

But don't go into the West Wing. IT'S FORBIDDEN!

Casa Loma is celebrating 150 years of Canadian Christmas this year by hosting a wide range of activities and performances including one by famed illusionist entertainer, Professor Wick, and ice skating performers Glisse on Ice. 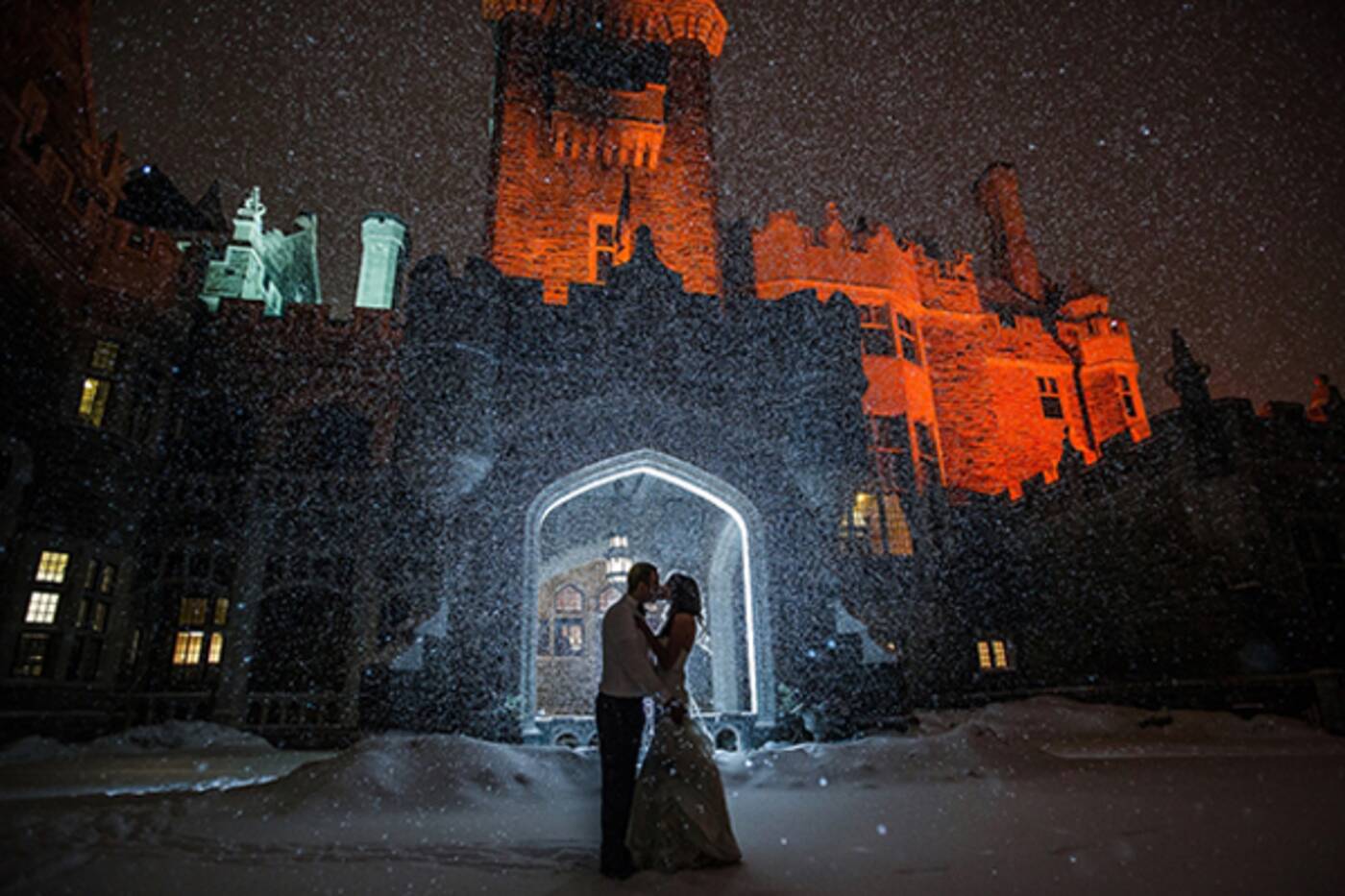 This photo from a winter wedding at Casa Loma shows how dazzling the castle looks when surrounded by sparkling snow. (Image vis casaloma.ca)

A series of daytime events called 150 Years of Canadian Christmas at Casa Loma will run from 9:30 a.m. to 5 p.m. every day between December 1 and January 7 (excluding Christmas Day.)

"These spectacles of illusions and wonder will amaze audiences young and old alike," says the description for that part of the event series. "Guests will be surrounded by holiday magic throughout the castle which will be resplendent with holiday dĂŠcor."

If this year's Christmas castle is even half as cool as Casa Loma's 2017 haunted Halloween castle, it will be resplendent indeed. Resplendent, I say. Simply resplendent.