Legends of Horror is a new immersive theatrical interpretation of classic horror stories happening every night in October. Brought to life by Liberty Entertainment Group, this haunted walk takes place at Casa Loma, Toronto's second scariest venue after the ServiceOntario at College Park.

I visited Legends of Horror late on a Friday night, excited to get my heart pounding in a way that normally only happens when I open my Facebook after a night out to see which mid-2000s Biggest Loser contestants I tried to friend-request at 3 am. 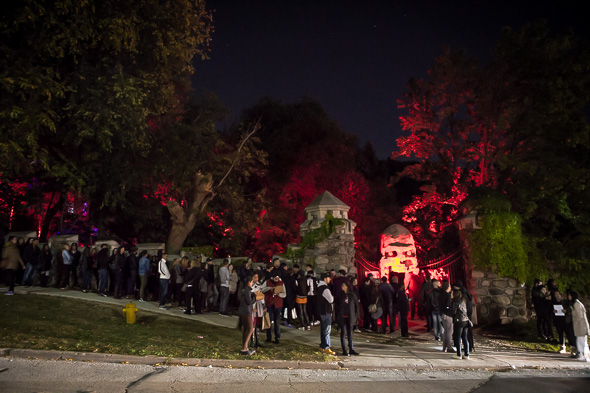 "We were inspired by the artistic community and a desire to incorporate live theatre into our production," explains Liberty Group President and CEO Nick Di Donato. 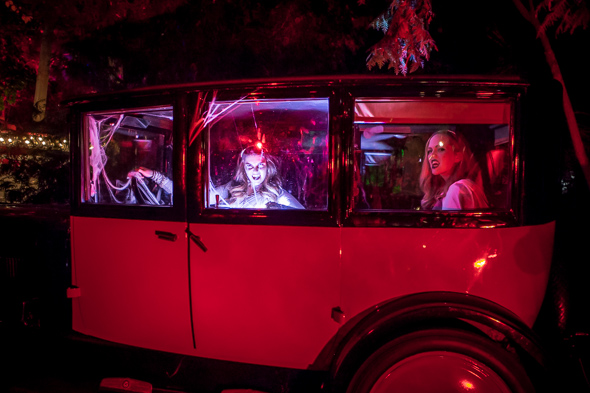 "We wanted all our guests to have their own individual experience but this had to be brought about by the interaction with our characters. We let your mind create its own world of seduction and fear and make their own personal interpretation of our production." 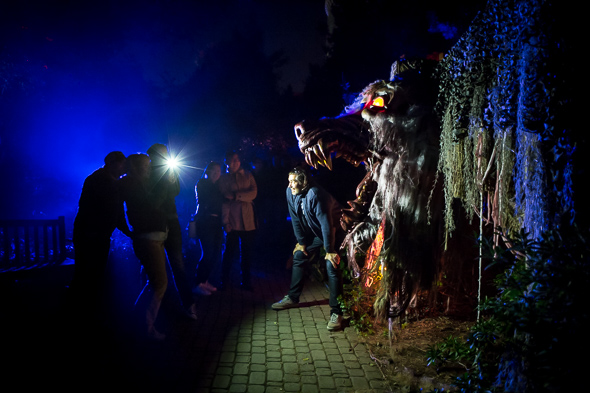 I arrived to find a huge crowd of people hoping to get their scare on. The line for people with pre-purchased tickets went fast, but those who hadn't planned ahead were either stuck waiting or out of luck, so be sure to get tickets in advance or the scariest thing you will see is your girlfriend's frosty response that "it's fine, we can just go home and watch Sex and the City 2 again." 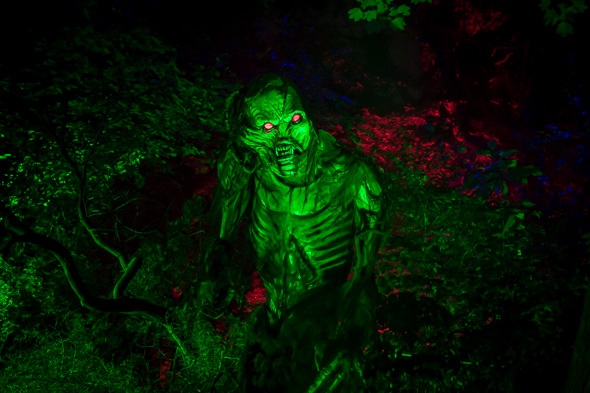 Once I squeezed past the crowds and made it into the Casa Loma grounds, I was instantly impressed/terrified by the absolute transformation. The first half of the experience is outside amidst the grounds of Casa Loma. 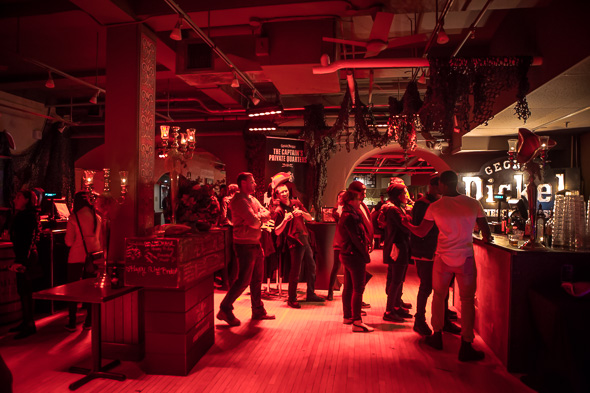 At the halfway mark, frightened guests end up inside for the opportunity to take a break, use the washroom, and have a drink at the onsite scary-themed bar before journeying on to the second half, which takes place in the bowels of Casa Loma. 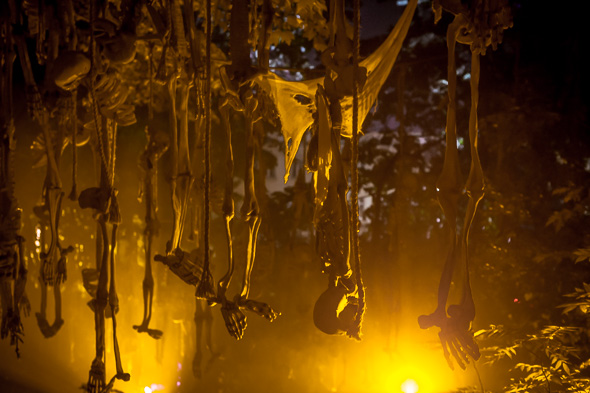 Without spoiling too much, I can say that the first half is amazing. The use of classic horror figures, attention to detail, and incredible costume and props make it such a fun and scary experience, and the interaction with real monsters (okay, very convincing actors) take it from something you watch to something you experience. 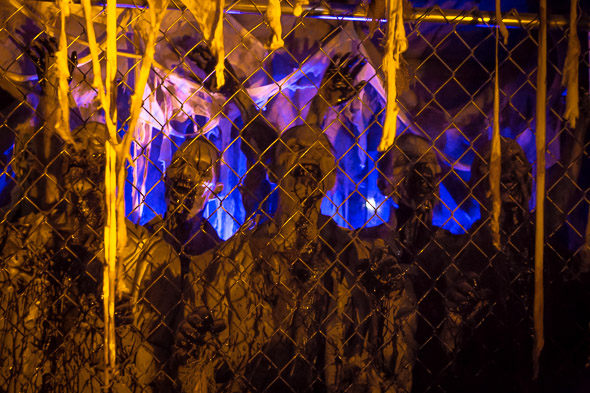 I was scared so much and so often that I was hyper-vigilant to the degree of a teenage first-time pot smoker. Even Toronto's own Ben Shaw, Jesse Milns, screamed several times and admitted that one particularly claustrophobic section was seriously frightening. 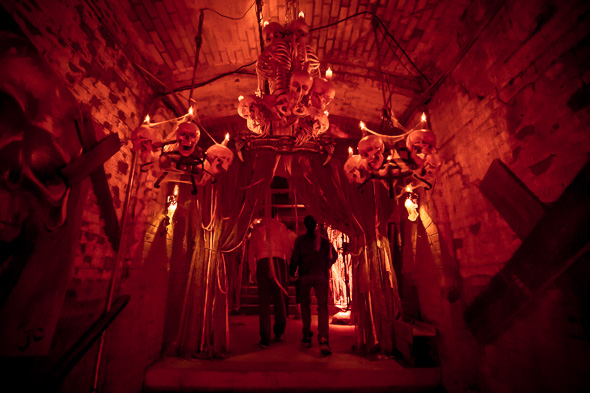 By comparison, the second half wasn't quite as scary but focused more on the theatrical aspect of Legends of Horror with interesting and unique methods of storytelling. 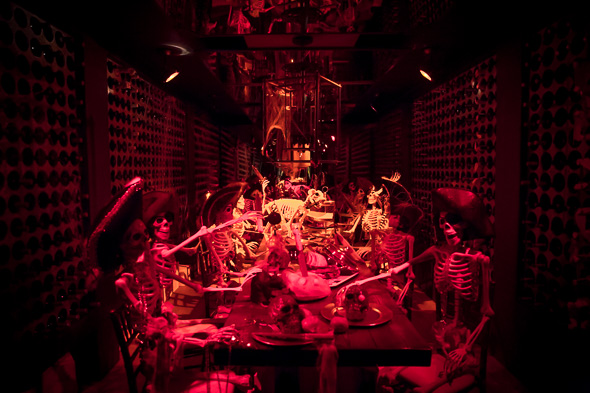 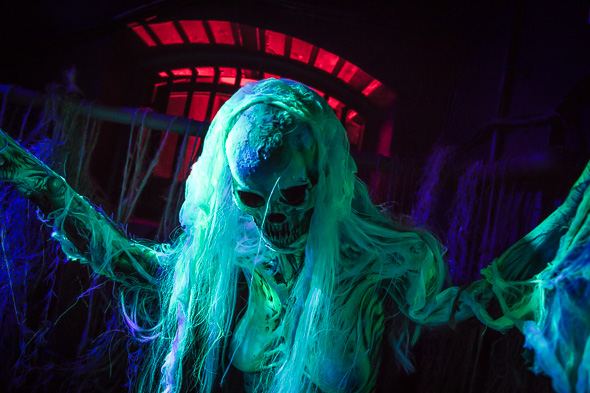 Did I have my own individual experience of the legends of horror? Absolutely. 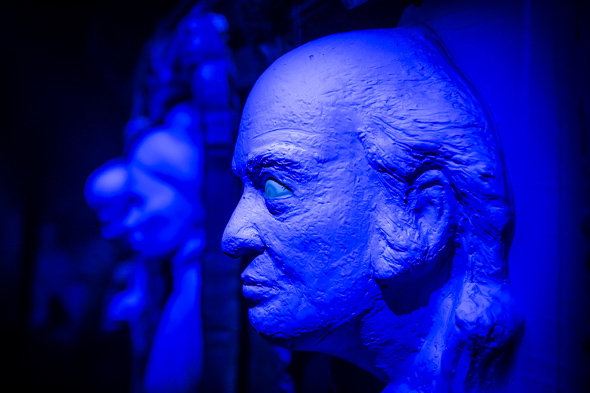 Did my mind create its own world of seduction and fear? Just like the College Park ServiceOntario, absolutely. 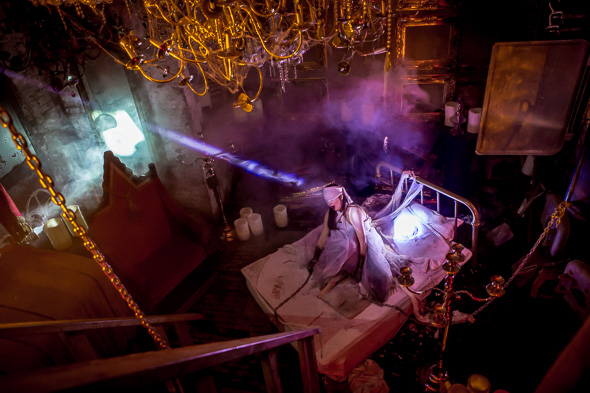 Despite missing the chance to remind others that Frankenstein was actually the name of the doctor, Legends of Horror was an incredibly fun experience that is a must for fans of a good scary story. 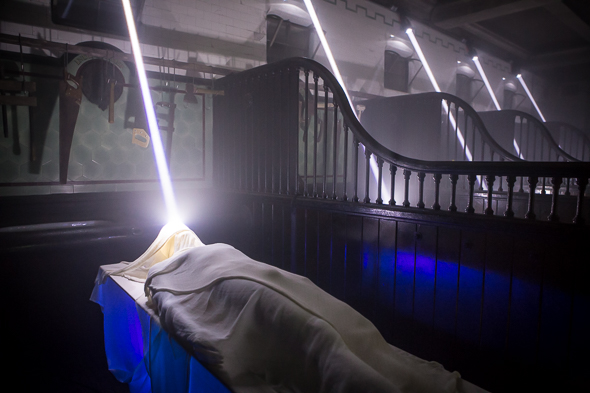