There is no better way to view fall colours near Toronto than from the elevated perch of a lookout. Whether it's a natural phenomenon or an observation tower, these spots offer unparalleled panoramas of the province bursting with fall foliage throughout October.

Here are my picks for breathtaking lookouts to check out fall colours around Toronto.

One of the most beautiful places in the province during the fall, Dundas Peak is less than an hour's drive away from Toronto. The view from the top is majestic, but there are also plenty of attractions to spot along the way, including Webster and Tews Falls. 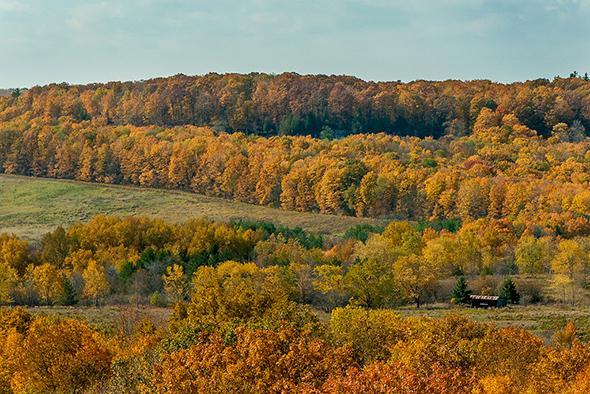 The golden foliage of the Niagara Escarpment near Rattlesnake Point. Photo by Phil Marion.

The ridge at Rattlesnake Point offers numerous vantage points on the golden country below spanning all the way to lake Ontario. The view from the Niagara Escarpment is one of the prettiest for its combination of farmland and the rugged rock face below. Make sure to hike along the trail to check out different angles. 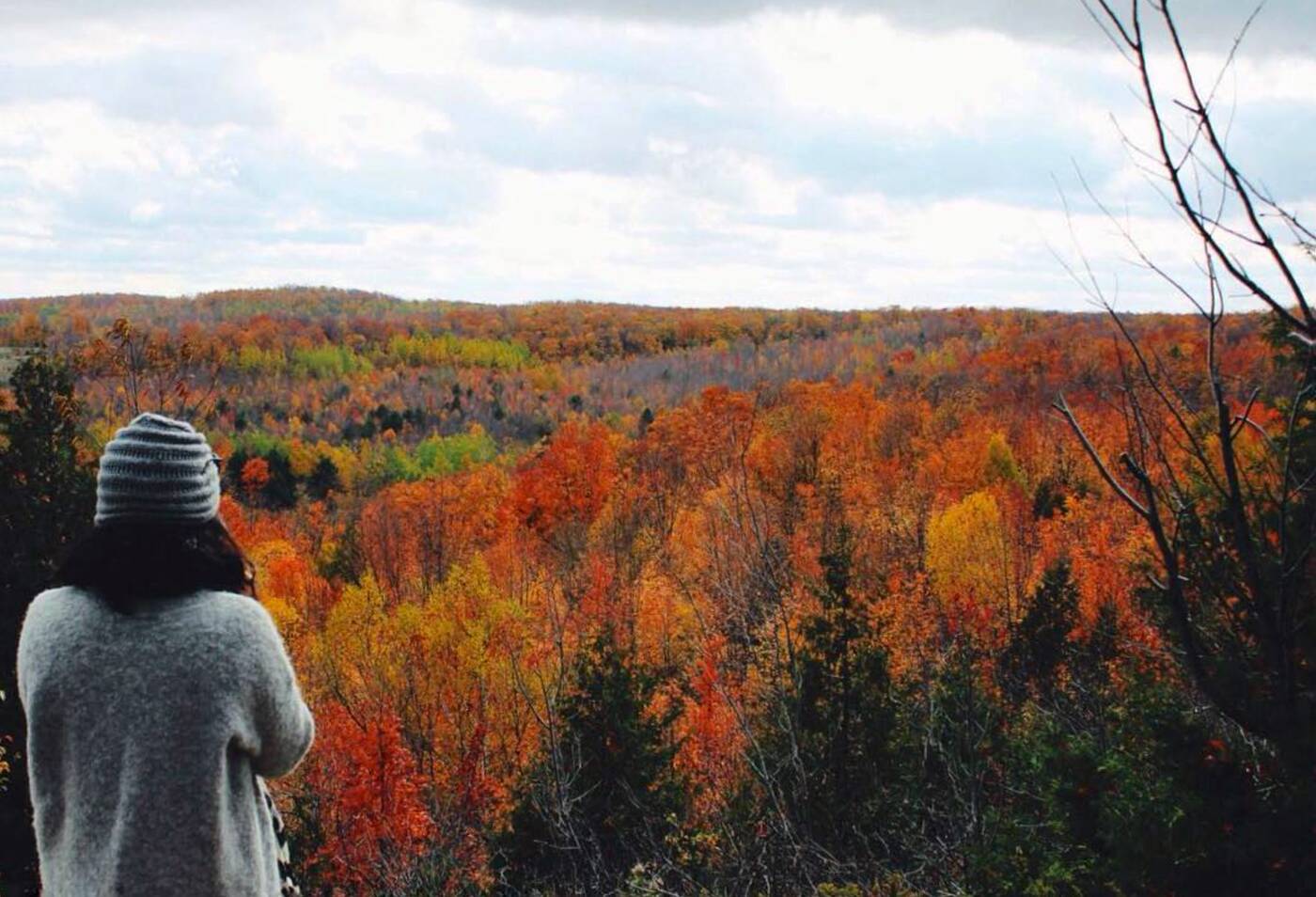 The rolling hills of Orangeville as seen from Mono Cliffs. Photo by @lmrncprjct.

This amazing system of cliffs is just an hour away from Toronto and features a number of trails with pristine lookouts from atop the Niagara Escarpment. It also tends to be less busy than some of the other spots on this list. While you're there check out the trails that cut beside the stunning rock faces. 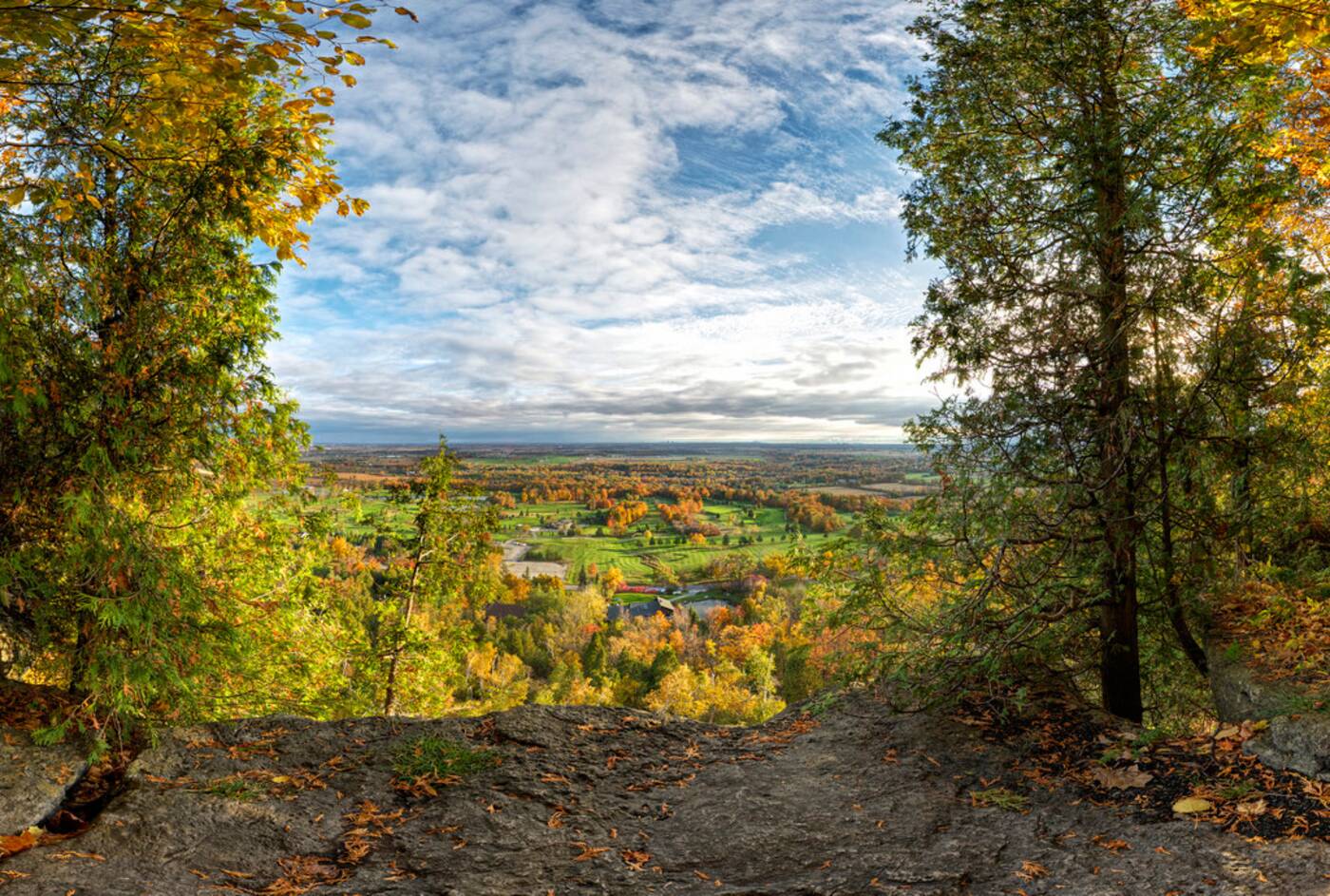 Now that's a view. Mount Nemo has some of the best vistas for fall colours near Toronto. Photo by Robert Prior.

Located just 45 minutes from Toronto, Mount Nemo is a day tripper's paradise. The trails here aren't terribly challenging, but what they do offer is stunning vistas from which you can gaze over the picturesque countryside that leads all the way to the Toronto skyline in the distance. 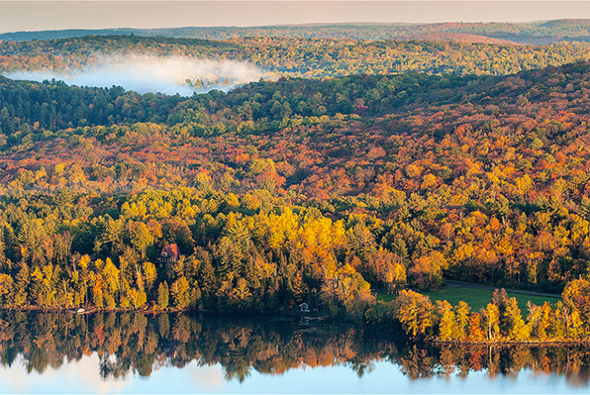 One of the most spectacular views in the entire province can be found in Dorset. Photo by Igor Laptev.

All of these vantage points feature alarmingly beautiful views, but Dorset Tower near Lake of Bays is noteworthy for the undisturbed beauty it soars above. When mist rises from the lake on a fall morning, the scene can seem almost unworldly it's so gorgeous. At 142 metres, you have a panoramic view of cottage country to soak up.

Alex Meoko at Dundas Peak. With files from Derek Flack.

Outdoor pools in Toronto will be staying open until almost midnight