What the World Cup of Hockey Fan Village looks like

The World Cup of Hockey lands in Toronto today. And along with all of the action happening at the ACC, there's a free Fan Village in the Distillery District where you can drink beer, play hockey-related mini games and even catch a Green Day concert (there are still tickets available on Stub Hub!). 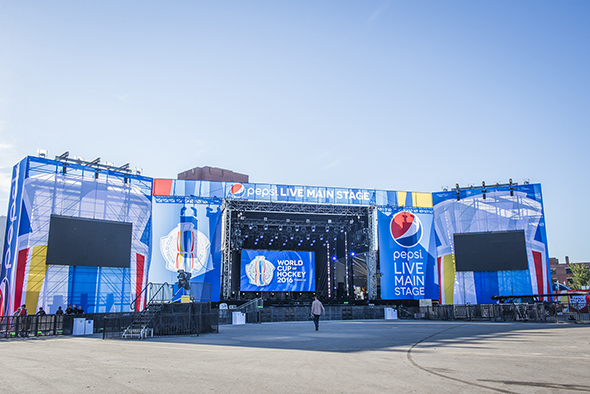 This sunny spot is the Scotiabank East Fan Village, located at the intersection of Mill and Cherry Streets. If you venture down to this corporate-sponsored activation, you'll also get to check out the burgeoning Canary District. But before you visit some of the newly opened restaurants nearby, work up an appetite by shooting a few pucks. 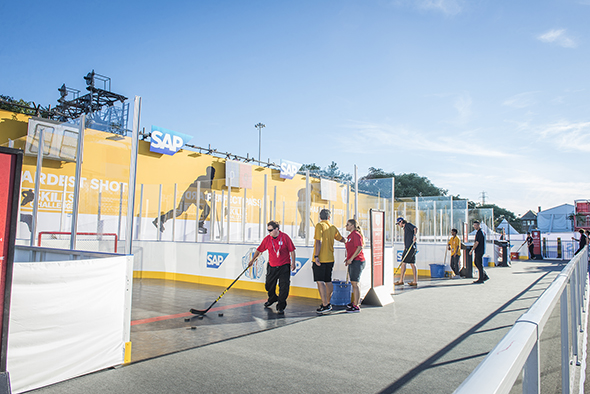 The best skill-testing game by far is called The Hardest Shot, where you can actually measure the speed of your slap shot. I give it a try, but my score is way too embarrassing to list on the massive scoreboard. But I have fun, and that's all that matters, right? 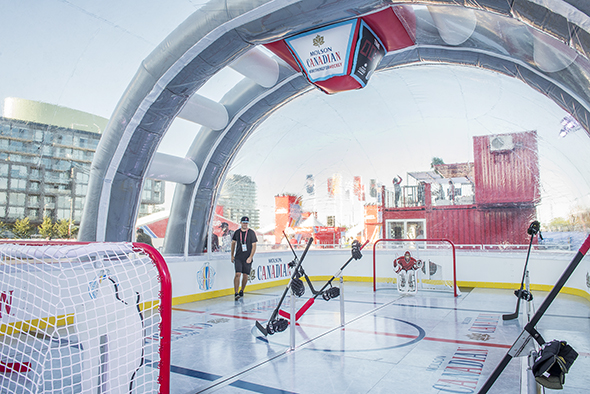 If you're 19+, you can try to play a game of what's being advertised as bubble hockey. Although other than being ensconced in a transparent plastic structure, there's nothing bubbly about this game. Instead, it's like a life-size version of table hockey with a giant puck. 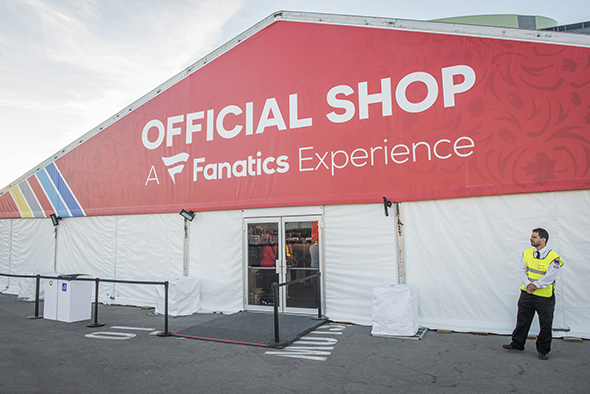 And of course, you can play everything while wearing your favourite jersey (er, sweater). Just head to the massive fan store, which is located right by the main gates. 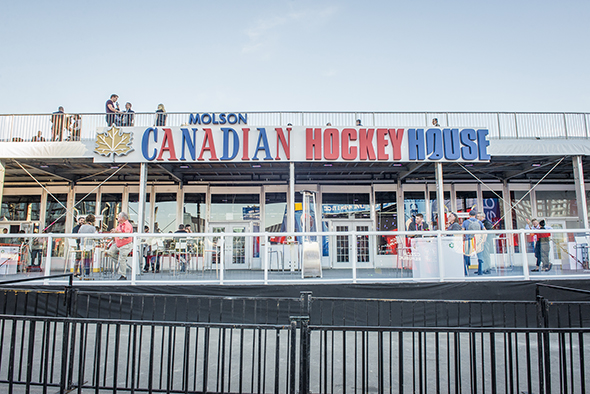 If you're more interested in watching hockey and drinking beer, you should probably grab a seat at the the two-storey Molson Canadian Hockey House. A tall can of Molson, Coors or Creemore will set you back $8.75, while soft drinks like Gatorade go for $5. 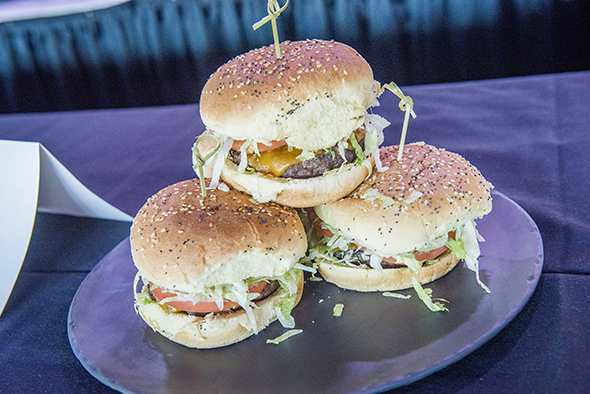 The food menu features Canadian, American and European specialties, including hamburgers ($9 each), poutine ($9) and bratwurst ($6). If you're looking for a healthier alternative, pick up an apple - McIntosh or Granny Smith - for $2. 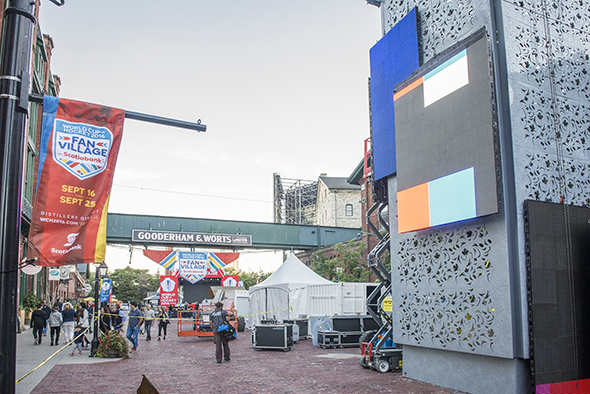 The Fan Village continues in the Distillery District proper, but it looks like most of the action will happen in East Fan Village. It's open from Saturday, Sept. 17 from 11 a.m. to 11 p.m until Sept. 25 (when it closes at 5 p.m.) and is completely free to attend, except on Sept. 23. 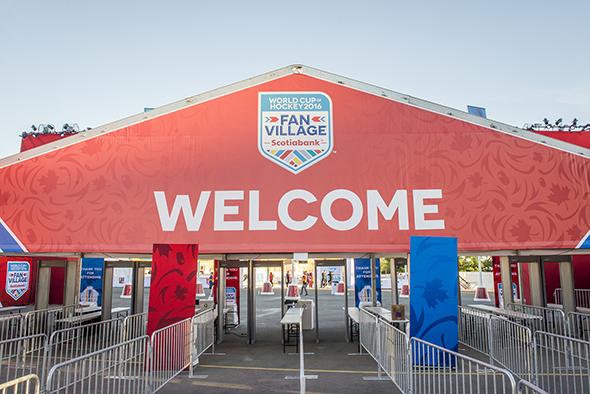