Cosplay comes to the Science Centre for Sailor Moon

This weekend Toronto played host to hundreds of cosplayers, super fans, and celebrators at the second annual Sailor Moon Celebration. Held at the Ontario Science Centre, the event featured various panels with fans, experts, and actors, a crafting zone, and a concert from the actress who was the English singing voice of Sailor Moon. 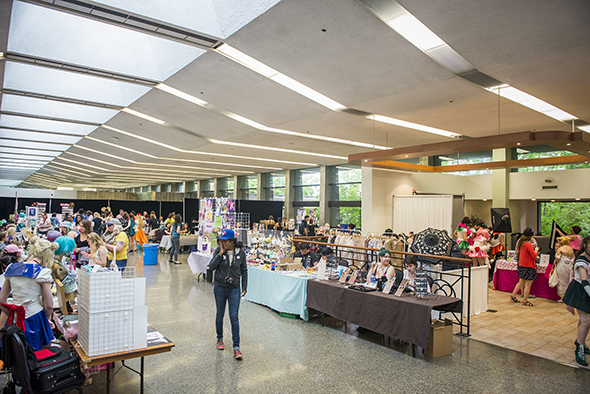 I visited the Sailor Moon Celebration after a hard morning of meditating on superpowers and female transformation (i.e. I got my eyebrows waxed). The celebration was much bigger than I expected, with a large space for vendors and exhibitors, a main room that hosted the concert and other bigger activities, a panel zone, a gaming space, a crafting zone, and even a chill zone. 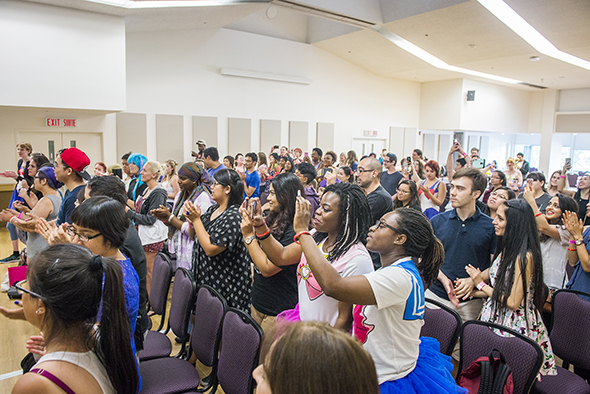 By mid afternoon, the event was packed with people of all ages, from those who are newly into Justin to those who consider Pierre Elliott to be the main Trudeau. Most people were cosplaying in some way. There were lots of Sailor Moons, ranging from "Elaborately Realistic Sailor Moon" to "Gender Bending Sailor Moon" to "Person in a Sailor Moon T-Shirt." 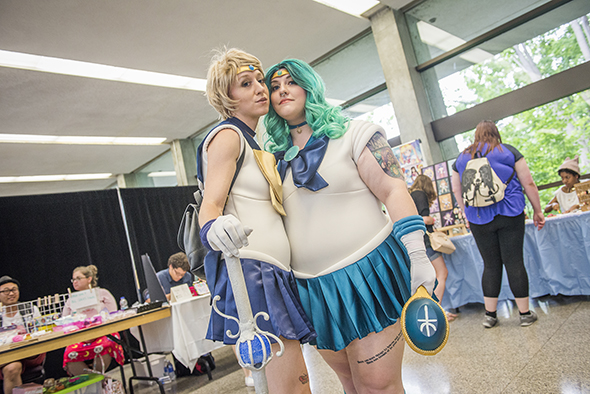 Many other Sailor Scouts, a Human Luna, and more people dressed in the same gorgeous gown (in this case as Serenity) than my high school prom in a small city with just two dress shops. I chose to cosplay as "A Person Who Recently Had Their Brows Done And Is Experiencing Minor Redness in the Forehead Area." 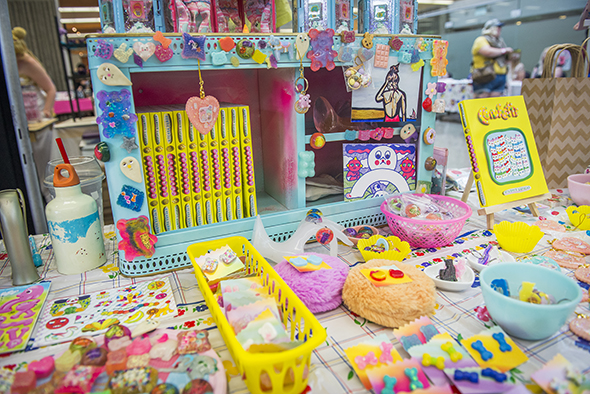 I started off my Sailor Moon Celebration experience by browsing through the vendor/exhibitor space. It featured tons of booths, selling and showing off Sailor Moon wares. There was lots of jewelry (so many cute cat charms), some special Japanese candy (so many Kit-Kat flavours) and tons of fan art (so much vague eroticism). 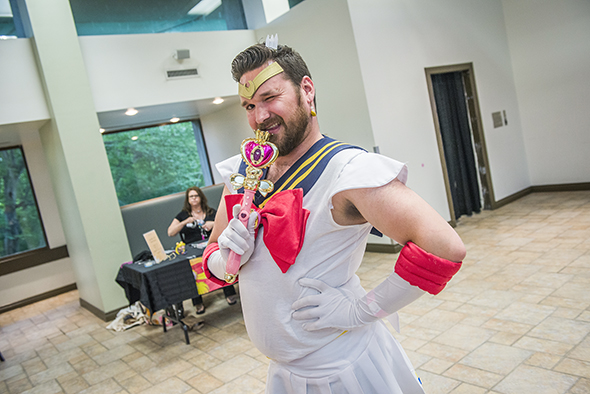 After checking out the booths, I made my way to the main room for the Masquerade Cosplay Contest. The contest, expertly hosted by Bear Sailor Moon, featured costumes that were elaborate (a professional level Sailor Pluto) adorable (a baby as Sailor Chibi Moon) and even team efforts (an entire family dressed as Sailor Scouts and a couple who did a Sailor Uranus/Sailor Neptune duo). 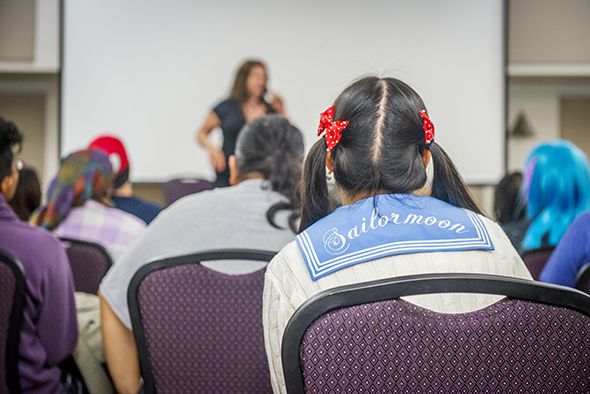 Despite it being a contest ultimately won by Sailor Pluto, the audience and group of competitors were very supportive of one another, which made for a show that was more fun and supportive than cut-throat competitive. "Cosplay is always fun," said Bear Sailor Moon.

He's been doing cosplay for two years and is planning on hosting his own show soon. "I started as a joke, and got really into it." 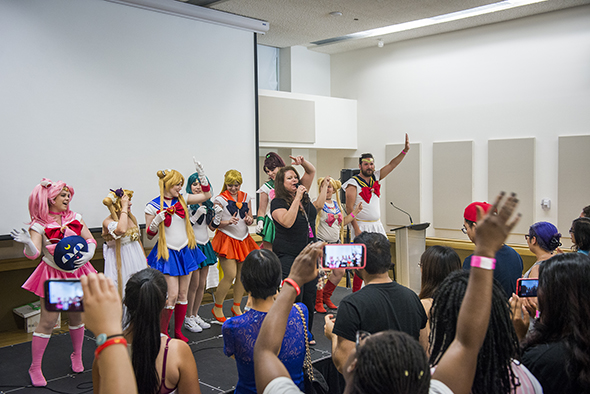 After checking out the other spaces, sitting in on a few panels, and briefly considering an alternative career in voice acting, I made my way back to the main room for the concert from the singing voice of English Sailor Moon, Jennifer Cihi. Though I didn't know any of the songs, the energy in the room was incredible. People were losing their minds at hearing Cihi sing. 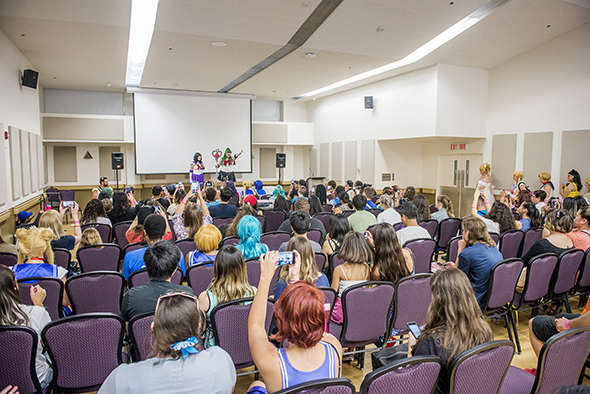 One girl screamed when she started singing a particularly emotional song. Another bowed her head and held her arms out like she was being healed by a televangelist. It was exactly like seeing Good Charlotte in 2003 but with a better dressed audience members and less post-show shame. 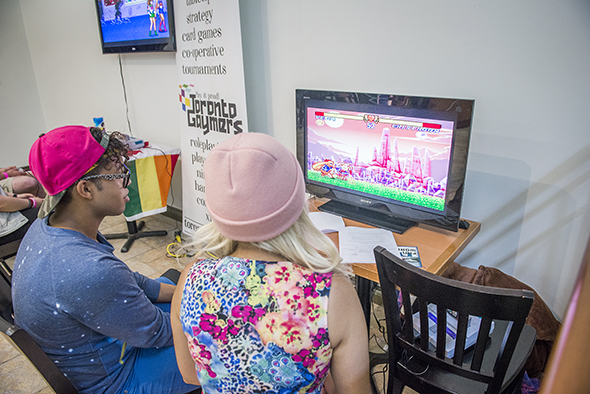 Even though my knowledge of Sailor Moon wasn't even close to the fandom of most of the attendees, the celebration was still a fun, accessible, and accepting day. "I'm very pleased with the way it went," said Con Chair Emily Gonsalves.

"It's primarily for Sailor Moon fans, but everyone is welcome. We try to have something for everybody." 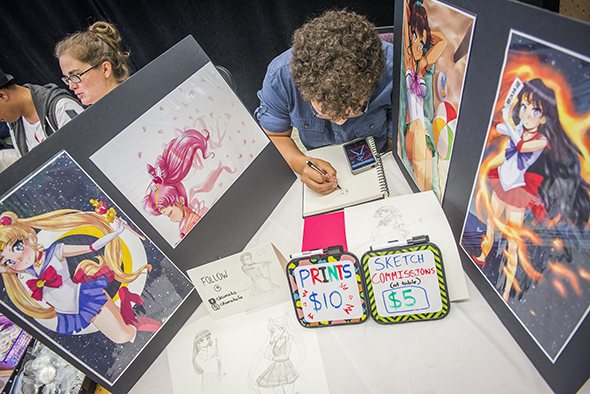