6 people you never hear about at Toronto's Honda Indy

The Honda Indy took over the Exhibition grounds and Lakeshore Road again last weekend, with a full card of support races that included the return of NASCAR to Toronto after five years. Australia's Will Power was the winner at the end of the weekend, while last year's winner, Josef Newgarden, crashed on lap 58, right in front of where I was taking pictures.

It only looks like a race weekend like the Honda Indy is about the cars, but there are hundreds of people working flat out behind the wheel, in the paddocks and in the pits.

I talked to six of them including Markham-born Daniel Morad was the only driver to compete in two different series during the weekend, racing in the Ultra 94 Porsche GT3 Cup series and accepting a last minute invitation to fill a seat in the NASCAR Pinty's Series. Morad finished seventh in the NASCAR stock car and came first in the Porsche on Saturday and second on Sunday.

"I literally went from the doctor's office to my race seat and practice, my first time ever in a NASCAR. I'm really excited to race in this series - rubbin's racing they say, and you're allowed to do it, whereas in the Porsche you're supposed to keep it nice and pristine." 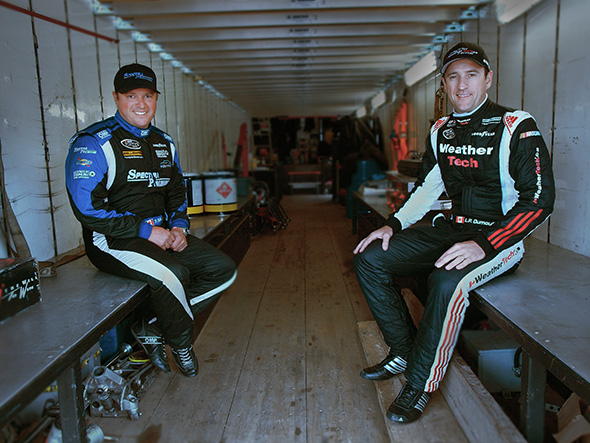 Jean-Francois Dumoulin (left) and his brother Louis-Philippe Dumoulin (right) are from Trois-Rivieres, Quebec and compete against each other in the NASCAR Pinty's Series. They talked about the changes to the Toronto track and what's needed to make NASCAR bigger in Canada. Louis-Philippe finished fourth and Jean-Francois finished tenth at the end of Saturday's race.

L.P. Dumoulin: "They did some changes this year. I really liked the older configuration. This one is alright - we'll so how it goes during the race. Visually there's a lot of distractions - lights and posts and fences and you really have to pick your reference points quickly."

J.F. Dumoulin: "I think the social media is a big thing now. NASCAR needs to be stronger on that and on live TV. Because we have TV but it's hard to see it because it's a week after - when it's happening people are more willing to watch it." 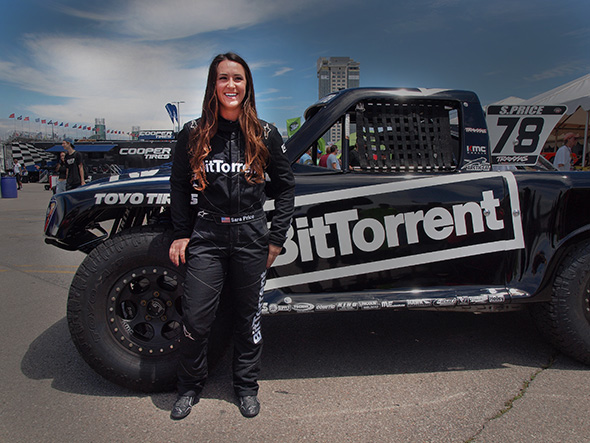 Sara Price was the first woman to drive in the Stadium Super Trucks series, a big fan favorite in Toronto since it first raced here in 2013. Price, a 23-year-old motocross racer from California, led for the first three laps of Sunday's race and ended up finishing ninth when her brakes began to fail.

"Obviously it takes a strong, independent girl to stick around the guys, and a lot of guys are looking at the women and giving them a lot of respect because they're looking at them as just another racer in another colour, not just a female. I think that's awesome and a lot of women should get into it because when you're in it it's amazing." 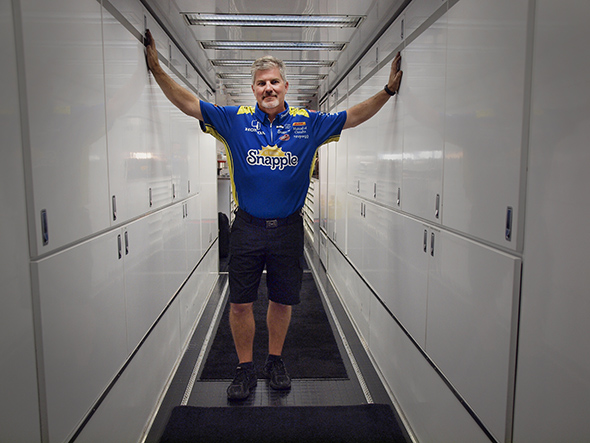 "Those Formula E electric cars, they're going to be the future. In ten years you're going to see everything in that formula, and you can see how amazing that racing is, and I think we're heading that way." 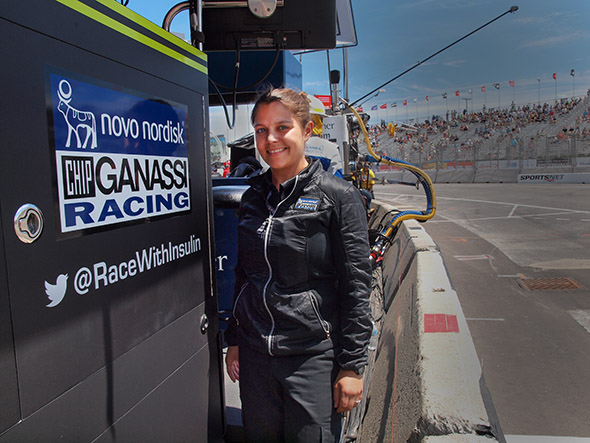 Kate Gundlach is an assistant race engineer for Chip Ganassi Racing, where she works on the timing stand in pit lane on driver Charlie Kimball's team. She grew up around her father's vintage motorcycle racing team and has a mechanical engineering degree from the University of Pennsylvania.

"Toronto is hard to manage, and when you watch these cars go around the track in videos there's at least one tire off the ground at all times. It's tough for them to be within half a second of each other across the whole field - it's pretty impressive."