Students at the University of Toronto held their second annual snowball fight yesterday, and about one thousand merry-makers showed up to take part in what looks like the best mid-term stress-buster ever.

As the Toronto Star reports, organizers wanted to shatter the record for the biggest snowball fight ever, though they didn't quite beat the epic Seattle battle of 2013, which saw 5,834 people lobbing snowballs at one another.

Regardless, students took over King's College Circle and had some good old fashioned wintertime fun. Check out the photos and video below. 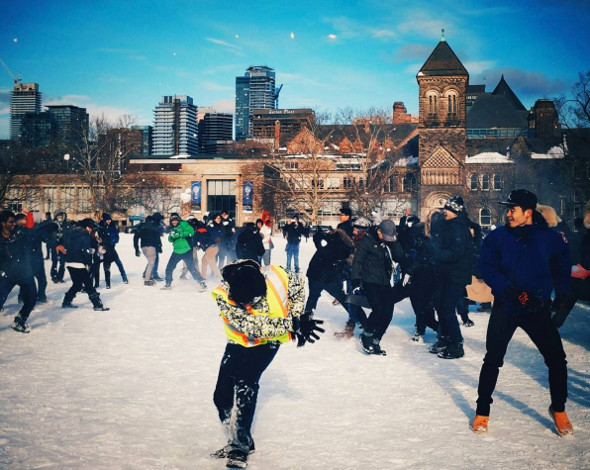 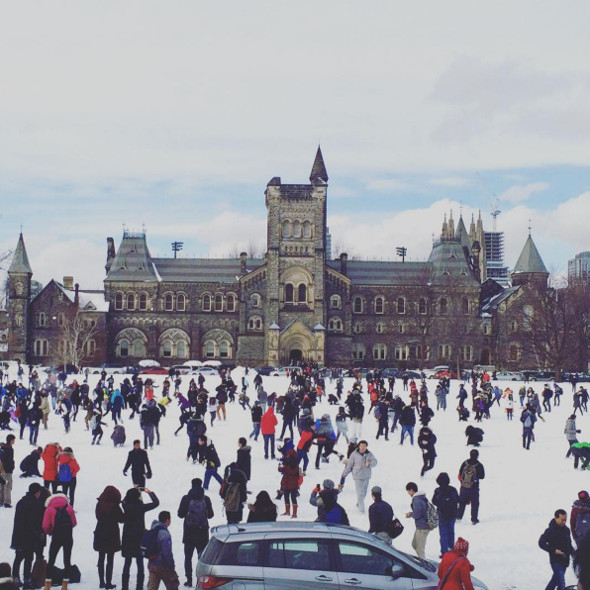 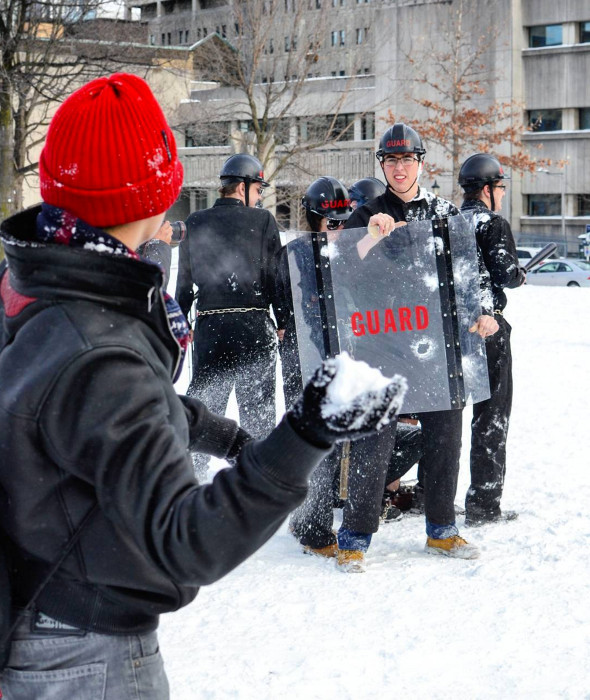 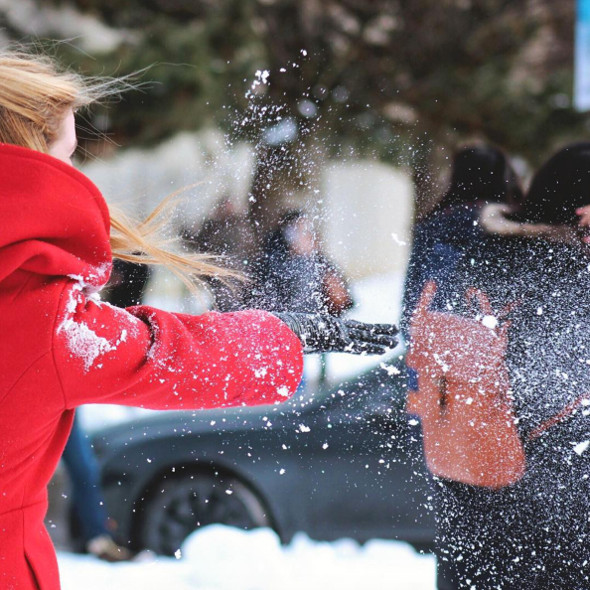 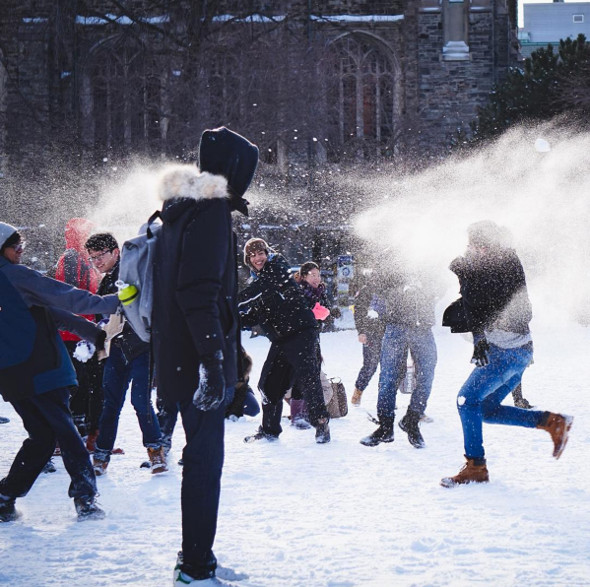 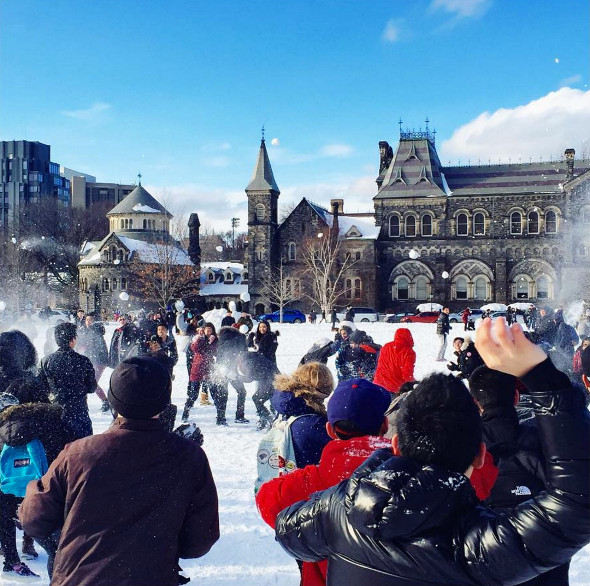