Queen West shoppers were pleasantly surprised this Saturday when Toronto Raptor Terrence Ross showed up at a coffee and clothing shop to play the role of personal shopper for a few hours.

The shooting guard held a playful meet-and-greet at Frank and Oak, offering customers his style tips and even guiding them to land three mini basketballs in a basket (he's as savvy with fashion as he is with basketball, as is evident on his crazy-popular Instagram).

Although the whole thing didn't seem as impromptu as it was probably meant to, and in fact was pretty obviously a promotional set-up, Ross - who lives just down the street from the shop - was genuinely excited about the chance to hang out with fans. 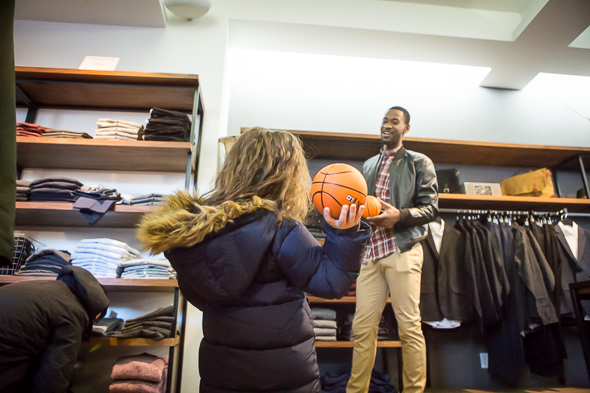 He signed jerseys, posed for about a million selfies and even let a few of his younger fans win in a mini shooting drill.

I expect this is just the first of many NBA star appearances to pop up throughout the city in the coming week. 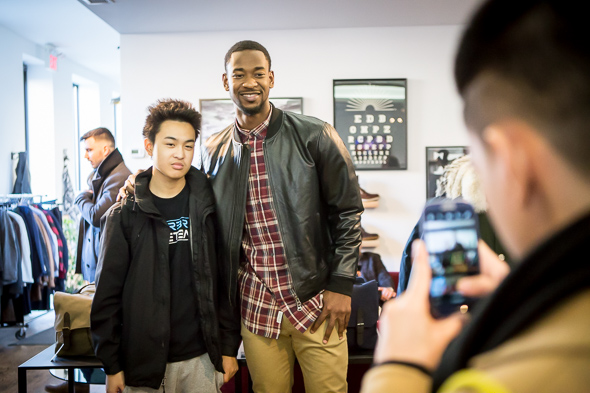 As NBA All-Star Weekend approaches this Friday, Toronto is bracing itself for an onslaught of events and opportunities to interact with their favourite players.