41 things to do this winter in Toronto

Winter events and activities in Toronto offer an antidote to the urge to cozy up indoors and hibernate for a fews months. The good news is that this winter isn't projected to be anywhere near as nasty as the last two, so there you'll have more incentive to get out there and enjoy what Toronto has to offer.

Here are 41 things to do this winter in Toronto.

See a show at Fringe's Next Stage Theatre Festival
For 12 days (January 6 to 17), Fringe brings work from up-and-coming artists to the Factory Theatre. There's a full roster of shows, including everything from full-length musicals, dance performances and a Broadway revue. Tickets run between $10 and $15.

Spot the latest decor trends at the Interior Design Show
If you believe that IKEA is the pinnacle of home decor, you should probably reserve tickets for the Interior Design Show now. The event will introduce you to leading brands and homegrown talent, showcasing pieces much more interesting than EKERĂâ armchairs and LEIRVIK bed frames.

Explore local design at TODO
For one week, between January 18 and 24, this city celebrates the Toronto Design Offsite Festival, which includes a myriad of exhibitions, installations and events at stores, galleries and venues. 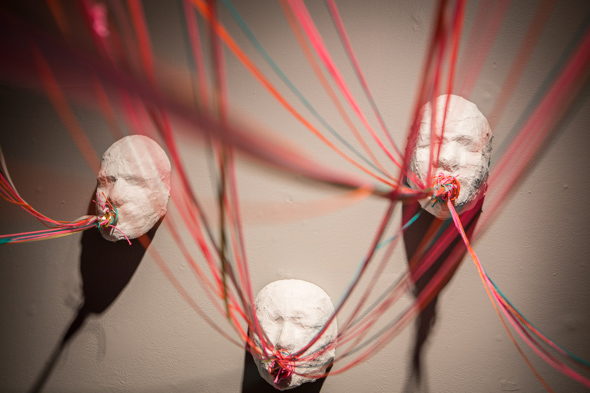 Explore immersive installations at the Gladstone
The 13th edition of Come Up To My Room kicks off on January 21, bringing the works of Canadian and American artists, designers and collectives to the Gladstone. If you want to party with art-minded individuals, head to the hotel on the 23rd for the Love Design Party. You'll get the chance to drink and dance in the ballroom and then head up to explore the exhibits.

Watch classic movies inside one of Toronto's best music stores
Hateful Eight isn't the only movie you can see on film this season. If you make it to Sonic Boom at 11 p.m. on January 27, you can watch the classic 1974 monster flick Godzilla vs. Mechagodzilla in 16mm. This is an ongoing screening series so check back for future dates.

Got lost in a maze of doors at the AGO
Multidisciplinary artist Song Dong will convert the AGO's Signy Eaton Gallery into a maze made up of 100 vintage Chinese wardrobe doors. This immersive installation is inspired by Beijing's communal living spaces and is supposed evoke a sense of our contemporary urban experience.

Get a dose of contemporary art
The annual Artist Project is a safe introduction for those looking to get a glimpse at this city's burgeoning contemporary art scene. Outside of the commercial work, be sure to visit the UNTAPPED Emerging Artist section, which features 20 of Canada's notable up-and-comers.

Run Away to the circus
The First Annual Something Strange Circus Sideshow Festival isn't your typical circus. But, it's billing itself as "the biggest sideshow expo in the history of the country." So, you'll definitely be entertained by the various performers, vendors, oddities and curiosities. 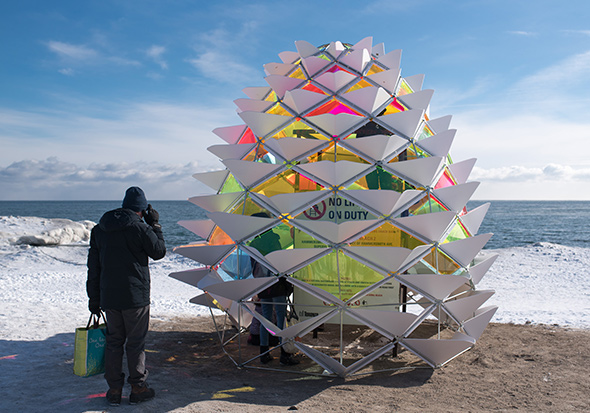 Check out public art in the Beaches
If you spent October 1 fawning over outdoor exhibitions at Nuit Blanche, Winter Stations will be right up your alley. The competition will turn up to 13 life guard stations in the Beaches into works of art from February 13 until March 20.

Laugh along with Shaq
While the NBA's all-star weekend will naturally be dominated with basketball there will be plenty of other events, including Shaquille O'Neal's All Star Comedy Jam happening on February 12 at the Sony Centre.

Get your fill of dance and performance art
The 37th annual Rhubard Festival returns to Buddies in Bad Times Theatre from February 17 to 28. The two week long event features a slew of experimental, boundary pushing performances.

Gather for a community meal
If you're looking for a different sort of dining experience, head to the Theatre Centre Cafe for one of their monthly community meals. It's a very affordable $5 but food generally runs out as it's first come first served. Check their web site for upcoming dates.

Get hungry while watching movies
On March 2, the Toronto International Film Festival is bringing back its fifth annual Food on Film series. Food writer Naomi Duguid is hosting and you can expect to hear from chefs and other culinary masters. 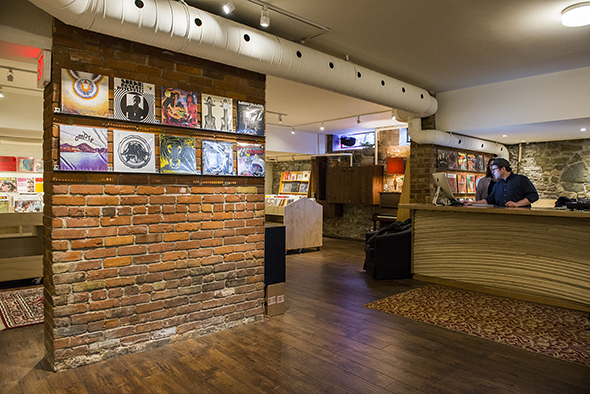 Check out Toronto's new crop of record shops
Toronto saw an influx of record shops this year, so why not sample a few? Instead of spending the entire season watching Netflix, get out of the house and hunt for some new music at Kops on the Danforth, SRC Vinyl, City Beat Records, Dead Dog Records, or Quixotic Sounds.

Party at the Galleria Mall
Long Winter is bringing its art and music festival to this rather rundown, yet beloved Toronto mall. Expect to dance your face off in empty storefronts and wander through hallways filled with installations by local artists on January 30.

Embrace your inner emo kid
On January 12 reformed emo kids will trade in their boring 9-to-5 gear for tattered MCR tees and flock to Lee's Palace for a night of nostalgia. The venue is hosting an evening filled with emo and pop punk jams from the late 90s and mid 00s, so break out your Taking Back Sunday and All Time Low CDs in preparation.

Attend a rap battle
Venture to 99 Sudbury on February 19 and 20 to watch the lyrically gifted go head-to-head for the city's biggest rap battle event. Unfortunately, it doesn't look like Drake will be making an appearance this year. 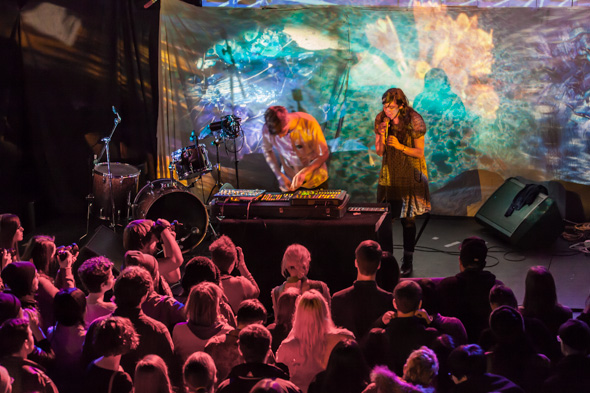 Get a groove on at Wavelength
Add some rock-and-roll to your Valentine's Day plans and head to this annual music festival. There's still no word about artists or a venue, but expect to blown away by local bands and musicians.

Get your fill of blues and roots music
If you want to forgo a pricey dinner out, spend your Valentine's Day weekend at the Winterfolk Blues and Roots Festival, happening at the Black Swan Tavern and other venues on the Danforth from February 12 to 14. 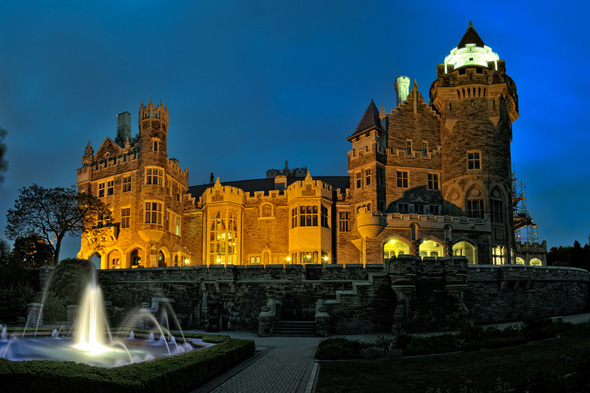 Try to escape from Casa Loma's famous tunnels
Company and Co.'s newest escape game takes you deep into Casa Loma's tunnels. While tickets are nearly sold out for most weekends in January and February, there's still plenty of availability from Monday to Thursday.

Participate in the world's largest video game jam
From January 23 to 25, get ready to spend your entire weekend creating a one-of-a-kind video game based around a secret theme; the event organizers won't reveal it until right before you start.

Take a trip through the cosmos with Neil deGrasse Tyson
Science superstar (and Twitter aficionado) is playing a two night engagement at the Sony Centre this winter. Take advantage of this opportunity to expand your mind and grab tickets to see this world-famous astrophysicist live.

Learn how to make things out of wood
Winter is probably the dullest season as far as activities are concerned. Instead of moping around and waiting for the days of giant slip and slides to return, why not learn to DIY a thing or two? Newly opened Unplugged Woodshop has classes on everything, from how to use a handsaw to cabinet crafting.

Take a staycation at one Toronto's nicest Airbnb properties
Not all of us have the time or money to be jet-setters. If you can't make it out of the GTA, opt to spend some time away from home at a local Airbnb. Willing to go a little farther? There are some pretty sweet cribs for rent just outside the city.

Get a dose of humidity at one of Toronto's indoor gardens
Though there's a good chance we won't be cursed with another polar vortex this year, there's not a lot of greenery outdoors between December and March. If you're longing to see a bit of plant life, head to a place like Allan Gardens or Centennial Park Conservatory to get your fill of fauna and flora. 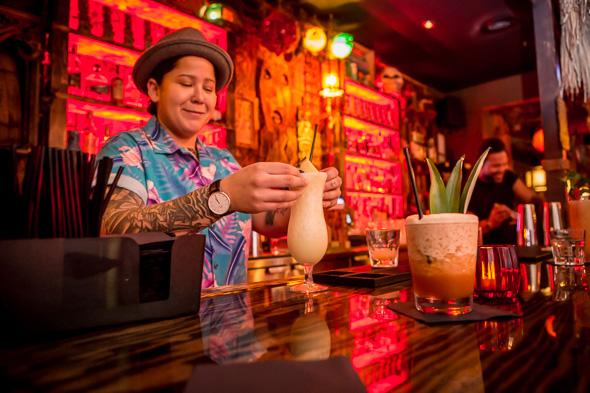 Hit up a tiki bar
If you aren't fortunate enough to spend a few weeks this winter on a tropical island, take a trip to a local tiki bar instead. Miss Things, The Shameful Tiki Room and The Shore Leave all opened last year and flaunt Polynesian-inspired decor, drinks and fare.

Make Winterlicious reservations
Winterlicious makes it easier (i.e. cheaper) to eat at some of Toronto's priciest and most sought after restaurants. Take advantage of this winter food fest and its affordable prix fixe menus. Just be sure to make your reservations early.

Eat some hot pot
You'll find few things more satisfying in the winter than a steaming hot bowl of brothy soup. Head to one of the city's newest hot pot joints to stack your bowl with everything from veggies to Chinese sausage. Moral's Village, Little Pig and HOPO are three of the latest and greatest.

Sip on a winter cocktail
Get your drink on this winter with seasonal cocktails that'll warm you up from the inside out. Along with soothing hot toddies, there are plenty of interesting flavours to shake up your long winter nights out.

Let felines warm your heart at the new cat cafe
TOT The Cat Cafe blends two of the world's most comforting things: cats and coffee. Instead of spending the winter months cooped up in a Starbucks, head here for a dose of feline TLC with your caffeine. 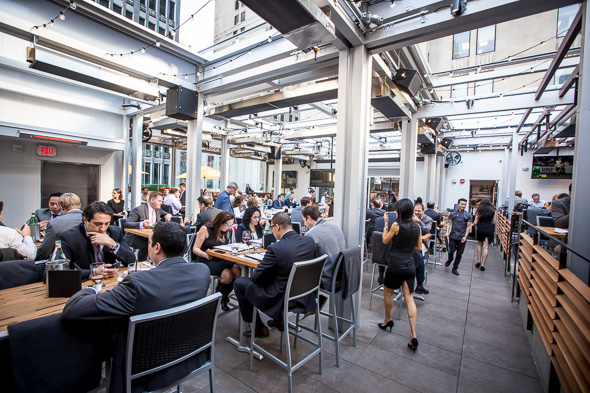 Have a drink on one of Toronto's newest winterized patios
Winter may not be considered patio season, but there are still few places that offer outdoor drinking and dining. Bar Raval and Cactus Club are the newest kids on the block, flaunting chic, winterized patios where you can enjoy a beverage when it's below zero.

Do a pub crawl
Keep yourself warm and toasty this winter by hitting up some of Toronto's newest pubs. Luckily, quite a few are clustered together in both the east and west sides of the city, meaning you want have to travel far to get your drink on.

Celebrate the year of the Monkey
The Year of the Monkey kicks off on February 8 and there are plenty of celebrations happening to honour it. The two largest are the TSO's festive concert and the Dragon Ball at the MTCC.

Drink up at Toronto's first Winter Brewfest
On February 19 and 20, the Enercare Centre will be filled with brew-loving Torontonians for the city's newest beer event: Winter Brewfest. If you want to take part in even more beer-based fun, the tried and true Roundhouse Winter Craft Beer Festival happens January 30.

Buy some ice wine
Unfortunately you can't buy wine in grocery stores (yet). But that shouldn't stop you from enjoying Ontario's sweet, sweet wintry nectar. While you can grab a bottle of ice wine from an LCBO or Wine Rack, your best bet is to plan a short trip to wine country to buy it directly from the source. Areas like Beamsville are beautiful in the winter and the wineries aren't jammed with tourists. 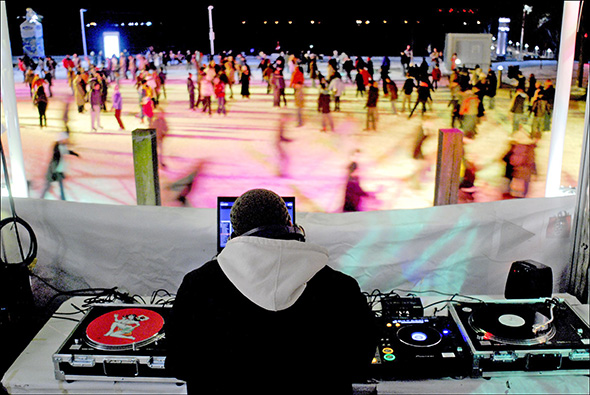 Skate outdoors to the beats of a DJ
Amp up your skating routine with music from both local and international DJs. The Harbourfront Centre hosts on-ice parties weekly until February 20.

Go cross country skiing on the Toronto Islands
There are plenty of places to go cross country skiing in and around Toronto, but none match the beauty of the Toronto Islands, which offer sweeping views of the skyline beside a natural setting that's as serene as it is pretty. Yes, the Islands are a magical place this season, and the ferry ride through the ice in mid-winter will make you feel like a kid again.

Stalk Drake at the NBA All Star Game
This is a big year for Toronto Raptors fans, as the team will host the NBA's All Star festivities in mid February. Snagging tickets to the big game will be a tough (and expensive) task if you're not a season ticket holder, but there's sure to be a host of community events surrounding the game.

What did we miss? Add your suggestions for winter activities and events in Toronto via the comments.