This is what a lightsaber battle looks like in Toronto

There was a lightsaber battle in Toronto at Nathan Phillips Square on Saturday night, because nothing's more fun than adults running around hitting each other with giant glow sticks, right?

Just a month and a half before the release of The Force Awakens, nerds of all ages gathered from near and far to pick a side - Jedi or Sith - and release their excitement by battling each other to the very fake and very dramatic death. 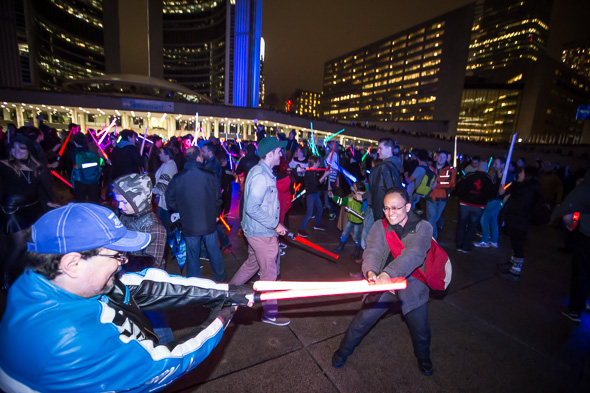 The event, which also takes place in other cities such as LA and San Francisco, drew hundreds - some of whom were just curious passersby who jumped in using their iPhone flashlights as weapons. Warsies of all ages were welcome - more than one mini-Vader was seen battling a pint-sized Padawan. 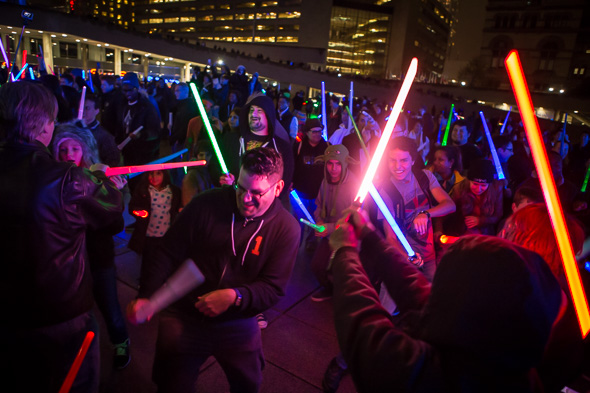 While the event was free, lightsabers could be pre-purchased for $5 to $10 apiece. Some battlers brought their own versions, and many replicas of Kylo Ren's cross-shaped lightsaber and Darth Maul's double-bladed one dotted the scene. 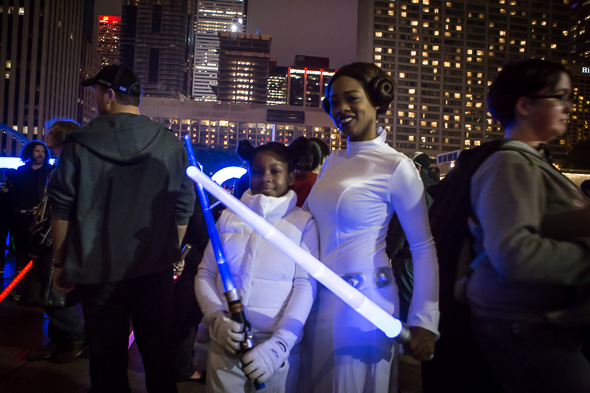 Costumes were optional, so some considered this their practice for the 31st by slipping into their best Sith or Jedi attire. Others simply donned a pair of Yoda Ears or threw on a Star Wars-themed onesie and called it a day. 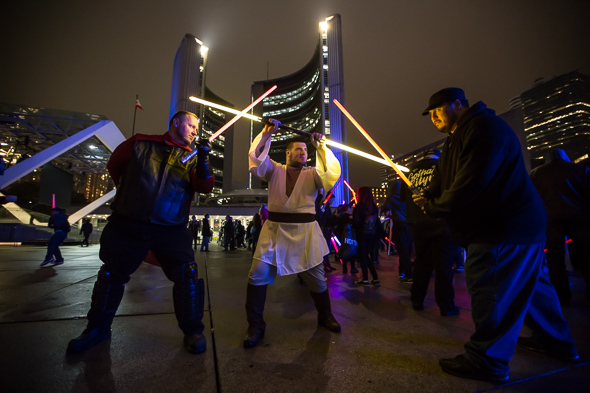 The whole thing was like a geek's ideal alternative to Tinder: more than one flirty duel occurred, resulting in some pretty friendly Jedi-Sith relations. At one point the fighters formed a circle in which the most talented of saber-carrying folk could jump in for serious one-on-one duels. 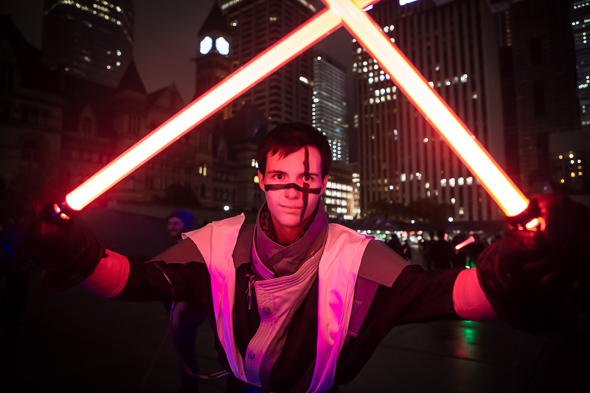 A handful of diehards continued their fight until almost 11 p.m., but most people let the action die down so they could chat about who's already pre-purchased Star Wars: Battlefront and who's reserved their tickets for Episode VII. 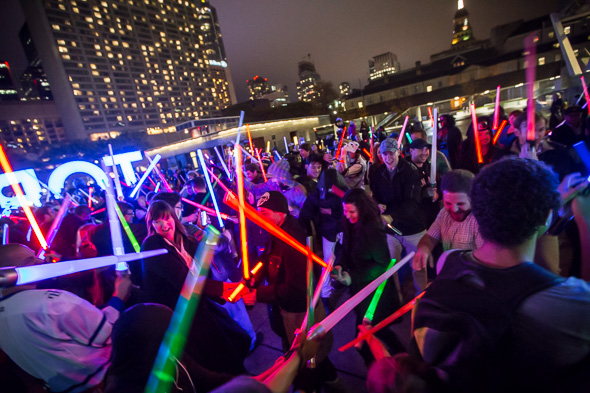 The experience was an epic prelude to upcoming Halloween festivities, and got everyone even more pumped up for December 18th. It was also a great testament to how wonderfully goofy Toronto can be. So here's to next year's return of the geekiest, most fun battle around. 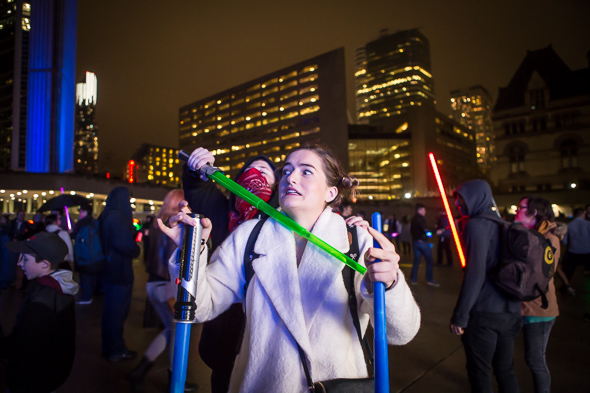