Along with Blue Jays games, Pride and the dairy equivalent of holy communion, the Tall Ship Kajama is one of summer's finest offerings to the city of Toronto. The Kajama is gorgeous, with 7000 square feet of sail on a 165 foot schooner. The boat has been sailing since 1930, boasting a rich and interesting history (detailed on the audio tour).

Now that it's a tour boat, it has a full kitchen and real washrooms even as it maintains its authentic quality. It looks like something out of an old painting or on a coin or a piece of the set Johnny Depp is being overpaid to "act" alongside. 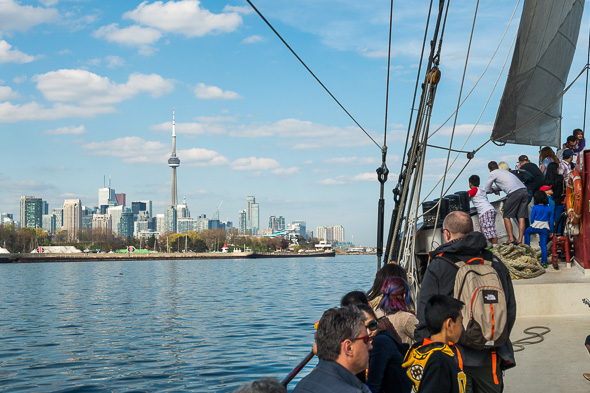 The Kajama tour takes you on a small loop around Lake Ontario, showcasing the natural beauty of the earth (the island, the water, the picturesque sky) as well as the scorn of both Torontonians and other Ontarians alike (Ontario Place). 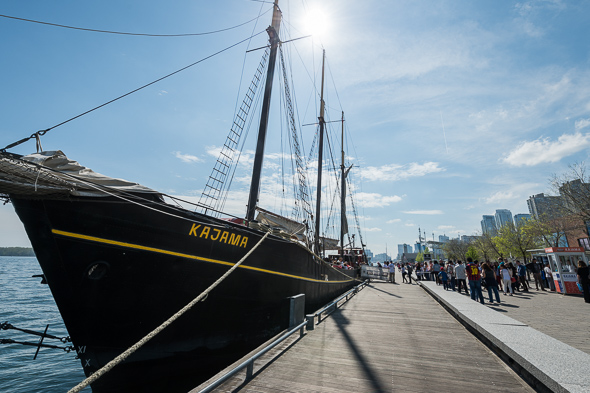 In the first few minutes of the voyage, servers bring menus around to all the patrons. The Kajama serves pub food and has a full bar with surprisingly reasonable prices. 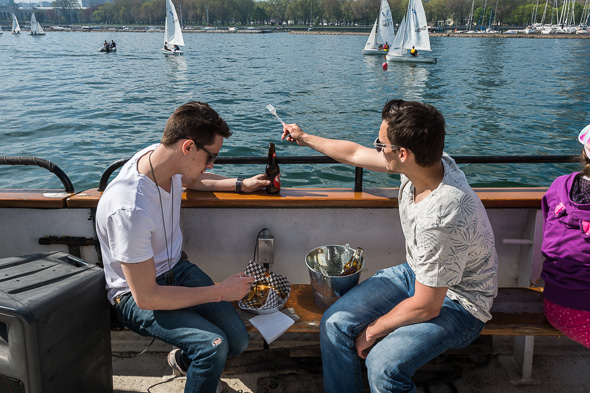 After the initial safety instructions and placed orders, the rest of the tour is all about drinking and relaxing. Unlike some of the more tourist-y attractions, there's no guide pointing out landmarks or fun facts or vague Rob Ford sexual references; you're mostly left to hang out and enjoy the view. 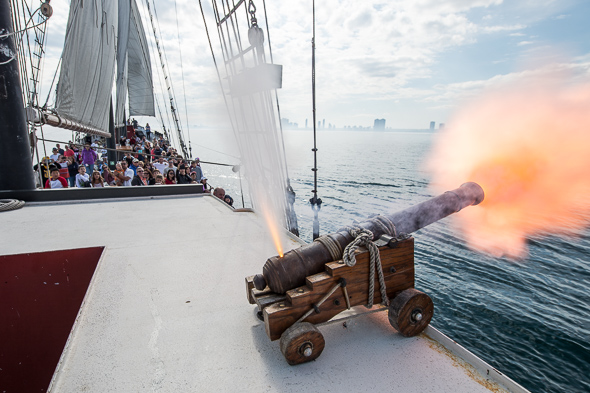 The few happenings during the tour are fun and well spaced-out to achieve a good balance of relaxation and excitement. There's a chance to help raise the sails, a cannon is fired off the side of the boat, and occasionally the crew breaks into song and reminds you of what it was like to be young, carefree, and willing to do pretty much anything for some cash. 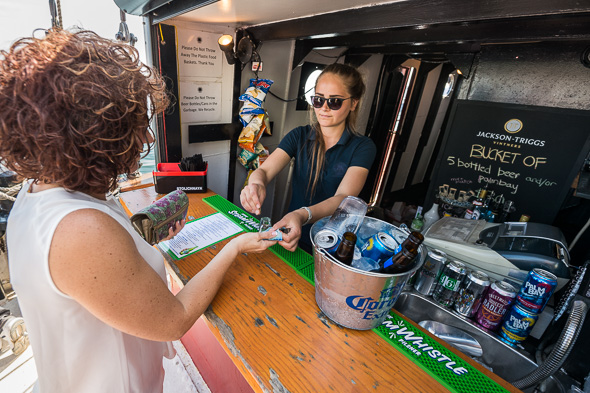 Though the Kajama tour had a somewhat subdued booze cruise vibe, the 4 pm tour I attended attracted a wide variety of ages. There were well-dressed, instagram-ready toddlers, couples with a bucket of beers, grandparents in bucket hats, and a single, sullen teenager who sat in a chair and stared out at the water the entire time, contemplating life and his future and why no one snapchats him anymore. 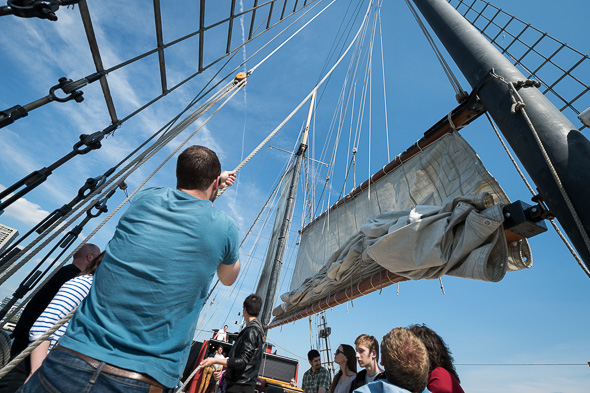 The Kajama is a perfect way to spend a summer afternoon or evening. It has all the benefits of being on a patio, but with a gorgeous view, a fun vibe, and students who are forced to sing for you. 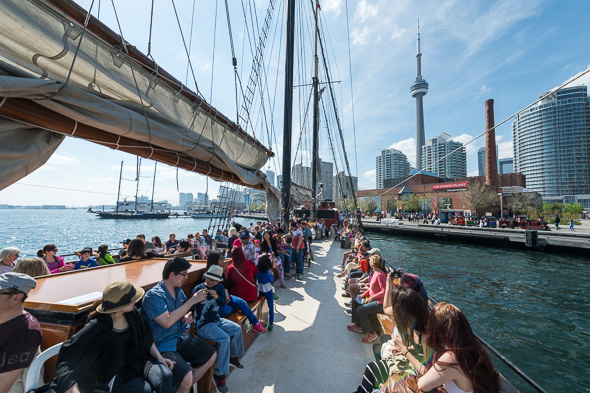