How to spend a day in Corso Italia

Corso Italia is basically Little Italy 2.0 - the next place postwar Italians lived after College Street got crowded and Woodbridge was still farmland. It's retained its Italian character - alongside a Portuguese and more recently arrived Latin American one, and its residential side streets are full of cute little houses that are going up in value every month, but hey - welcome to Toronto.

For simplicity, the neighbourhood begins roughly around Old Weston Road in the west and peters out at Winona in the east, with the long stretch of St. Clair West between there and Yonge Street given over to the more prosperous retail and real estate activities of Wychwood and Forest Hill. The area took a bit of a retail beating during the long, painful construction of the streetcar right of way (please don't call it an LRT,) but it's slowly coming back even if you'll still see some empty storefronts.

Here's how to spend a day in Corso Italia, from morning to late night.

If you like to start your day with a big traditional brekkie, Boom Breakfast and Sunnyside Grill bookend either side of Dufferin and will give you all the carbs and protein you need for a busy day. 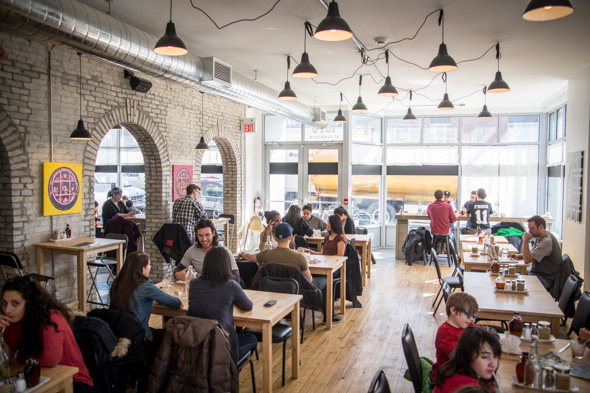 Starving Artist's uptown branch has a lot more seating than its mothership location down Lansdowne if lineups aren't your thing, though if a more continental sort of meal is more your way of starting the day, there's coffee and pastries at Nova Era and Caledonia Bakery, just a car wash apart over by Caledonia.

There's greenspace aplenty in Corso Italia, and a fine post-prandial stroll can be enjoyed in either Earlscourt Park or across St. Clair in the winding pathways of Prospect Cemetery. If all that walking has you footsore and tired, get recharged with espresso and gelato at either Novecento or the neighbourhood's signature gelateria, La Paloma - the first place anyone mentions as the draw that got them to move here.

There's so much to choose from, from Pho Xua and Pho Cuu Long on one end of the neighbourhood, to Latin eateries like Tenoch, Paracas Peruvian, King's Tacos and El Cafetal on the other. But you're on Corso Italia, which means lunch from the steam table. 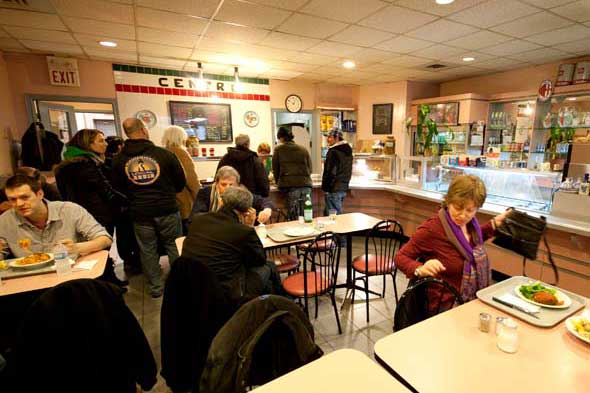 Centro del Formaggio opens its lunchroom at the back behind the cheeses and meats to locals who swear by its arancini (rice balls,) while Tre Mari Bakery dishes out the veal and meatball sandwiches on its own crusty rolls. While you're there, pick up a ciabatta or olive bread and give yourself another reason to want to move here.

Corso Italia got something fewer neighbourhoods have these days when Ayerego Books moved up next to Oakwood Collegiate after leaving their longtime Queen Street home. The new store is tidier and keeps regular hours, and has an outstanding selection of biographies in addition to vintage mass-market paperbacks lovingly featured. 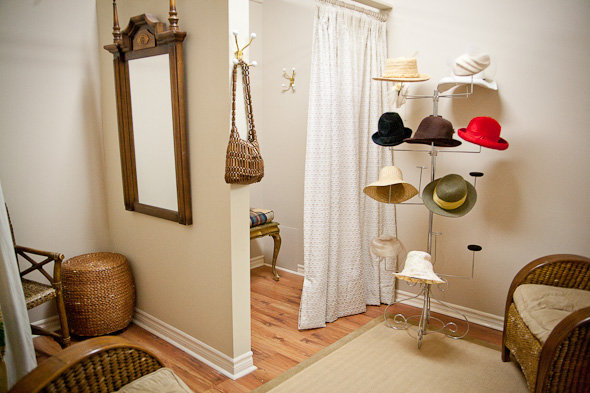 Clothes shopping up here can be a pricey proposition, with options like the designer labels at Christian Boutique (Anna Sui! Moschino! Badgley Mischka!) to the immaculately tailored but wallet-punishing Italian menswear at Genesis, for those gents whose style icons are George Clooney or Gianni Agnelli. Thankfully there's an option for budget shoppers with Boutique Monique Vintage - but only from Wednesday to Saturday when they're open.

Foodies should already know about Tre Mari and Centro del Formaggio, but Corso Italians cherish Diana Grocery, the local market that owner Nick has slowly transformed into a fine food emporium, with his selections of vinegars and olive oils, pastas, an impeccable meat selection (try the Barese sausage!) and carefully chosen fruits and veg.

Finally, Consiglio's recently consolidated from their sprawling three floors to a merely impressive two of kitchen and tableware, showcasing pretty much every kind of espresso maker on the market and tables heavy with cookware, including practically every colour of Le Creuset enamelware. Nonnas take chartered buses from Woodbridge down here on the weekends, so you know it's good. 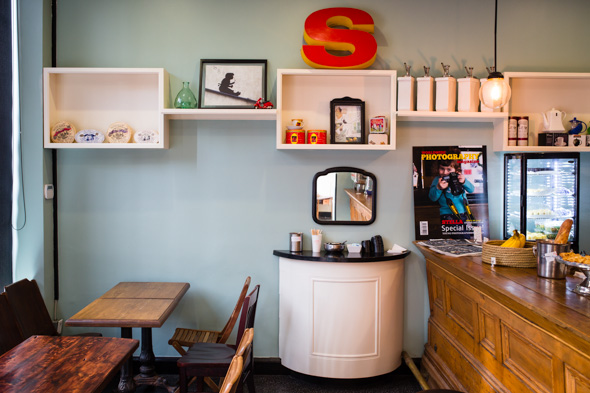 Stella's Lunch Box, just behind De Soto's pub on Lauder, is the first indie cafe to open on this stretch, which can use some competition for the rather gent-heavy sports bars and cafes on the street. Emma's Country Kitchen sees lineups for its baked goods and healthy lunches during peak hours, so the middle of the afternoon is probably the best time to get a table.

A more obscure stop would be Alli's Fresh Baked, over on the far side of the railway tracks. Not much to look at from the outside, Alli's is like dropping into a neighbour's untidy but very busy kitchen, where something is always hot out of the oven and you can pour yourself a coffee from the pot over by the door. Gluten-free and organic breads are a specialty, but you'll regret it if you don't try the cookies or muffins.

Most of the lunch spots also serve dinner, but there are a few places you might want to save till the sun starts setting. For Portuguese, there's Unique Cafe & Restaurant on the far side of Caledonia, and Porto Rotisserie House on the near side. Sabor Brasil and Rio 40 serve Brazilian, while Khmer Thai does Southeast Asian without the usual Thai clichĂŠs and Royal Caribbean Cafe has a mean ackee and saltfish. For sushi, there's Sushi California and the newly-opened Tokyo Sushi 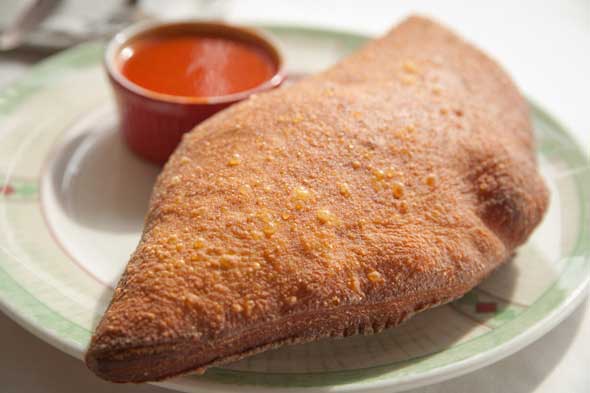 For Italian, you're spoiled for choice. Frank's Pizza House and Pizza e Pazzi serve mighty fine pies, and for fine dining, you have everything from the more informal Agio's and The Big Ragu to the white tablecloths at Marcello's and La Bruschetta.

If it's a pub you're looking for, St. Clair West has the Fox & Fiddle and De Soto's Bar & Grill, just a short stagger away from each other. A.C. Ranch Caffe is the friendliest of the local gent's sports bars - there are ladies sitting at the tables! - while Invictus is a nice option for a soccer game and a drink.

If Karaoke with a Eurovision beat is what moves you, head to Glamour Sports Bar and try to remember the lyrics to that song that was big a couple of summers ago when you went to visit family in San Miguel. The itch to club can be scratched at Epic Lounge, which explodes to life late in the week with salsa, Cuban and other latin music.

At the end of the day you'll either end up sitting at one of the metal cafe tables bolted to the ground outside the Piccinnini Centre eating a slice from 241 Pizza by the Lansdowne loop, or scarfing down onion rings and the steak sandwich at Dairy Freeze, wondering at how one stretch of street can contain so much, and just what will eventually fill those empty storefronts.

What did I miss? Leave your favourite spots in Corso Italia in the comments.