Beach getaways from Toronto don't have to involve air travel. While humble Ontario might not have anything to compete with equatorial destinations, there are more beach-based escapes than you might imagine within a short drive of the city.

Here are my picks for the top beach weekend escapes from Toronto.

Featuring 14 kilometres of fine-grain sand on Nottawasaga Bay, this is one of the prime destinations for those looking to escape to the beach. On summer weekends, the place is absolutely packed with everyone from bro-dudes in neon-rimmed sunglasses to young families soaking up the sun. Shallow waters help to keep temperatures swimmable.

Rivalled only by Wasaga for its full-out beach culture, Grand Bend is, quite simply, a party. It's also huge, featuring over 30 kilometres of beaches lining the Luke Huron Shore. With a main drag that feels like it's cut and pasted from Florida, the beach lifestyle isn't reduced to sunny days, but lingers into the evening and night with rowdy patios.

Lake Erie has the warmest waters of the Great Lakes, thanks to its relatively shallow depth. This is good news for those who like to spend as much time in the water as on the beach. The area features a shallow beach with decent sand that's primarily used by cottagers in the area.

Home to one of the province's nicer (and busier) campgrounds, Sandbanks is a beach vacation for those on a budget. With the provincial campground occupying the best beach area, all you need to do is reserve your spot, set up camp and then hit the beach. The vineyards of Prince Edward County are only a short trip away.

While not really a secret, this is one of those vacation destinations that tends to fly a little bit under the radar compared to the province's other beach getaways. The water doesn't really get comfortably swimmable until mid July, but the long beach is a great place to chill out and watch the waves roll in. 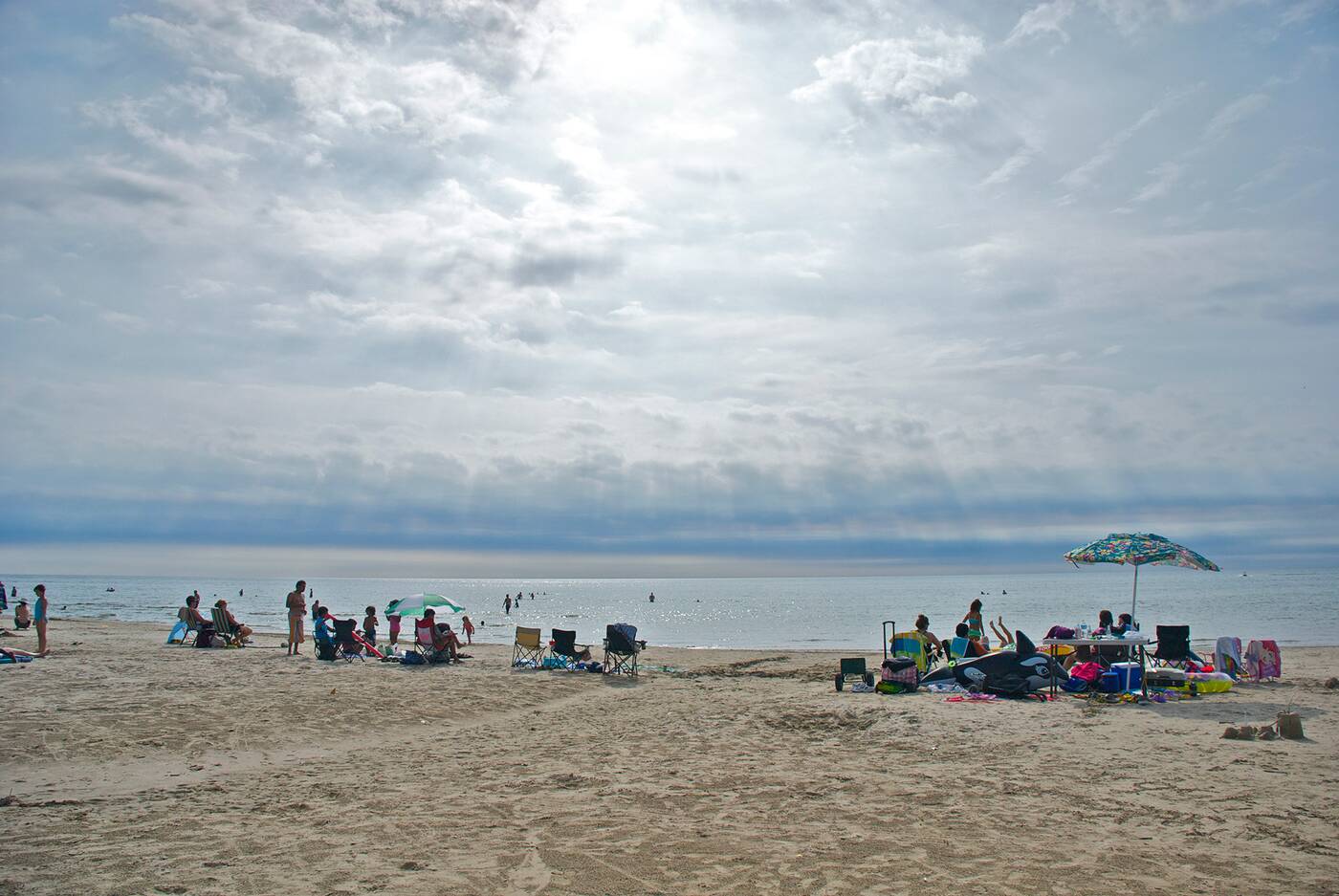 The beautiful shores of Lake Huron at Sauble Beach. Photo by O.Ng.

Sauble Beach is one of the longest freshwater beaches in the world, and the population of the town swells to over ten times its usual size in the summer months with tourists out to take advantage of the white sandy beach and those famous Lake Huron sunsets. While not quite as raucous as Grand Bend, the summer beach vibe here is similar.

Over 40 kilometres in length, there's tons to explore on Long Point. Not all of the point is accessible, but it's still amazing to walk out as far as you can for a look at the shanty cottages, wildlife, and glistening waters of Lake Erie. The Provincial Park is the main place to stay if you haven't rented a cottage.

Port Stanley is a cute harbour town on Lake Erie with a big sandy beach that attracts a decent number of tourists over the summer months. The temperature of the lake is a major plus (it's comfortably swimmable by the end of June) and the attractions like the old 1940s steam train provide good fun for family-oriented vacationers.

For all of its ruggedness, Bruce County might be at its most beautiful while gazing westward across Port Elgin's main beach at sunset. Dusk here can seem otherworldly, so much so that one begins to wonder if the giant nuclear power plant might have something to do with it all (it doesn't).

This white sandy beach on the shores of Lake Erie gets very busy, but that just gives it a party vibe reminiscent of American beaches much further south. Don't go here if you're looking for peace and quiet, but do seek it out if you want to meet people and take in the spectacle.