Where to learn to fight like a girl in Toronto

Fight Like a Girl is a free self-defence program for women currently offered once a month out of OpenMat MMA, a martial arts school and studio in downtown Toronto. But it's a whole lot more than just a class: If program founder and OpenMat owner Elliot Bayev has his way, it will grow into something that will change the entire world for the better.

Bayev thinks that the techniques he teaches to women in Fight Like a Girl are things that every female should have mastered by Grade 8. He also believes they should be taught in every school - not just in Toronto, and not just in Canada. but across the world. 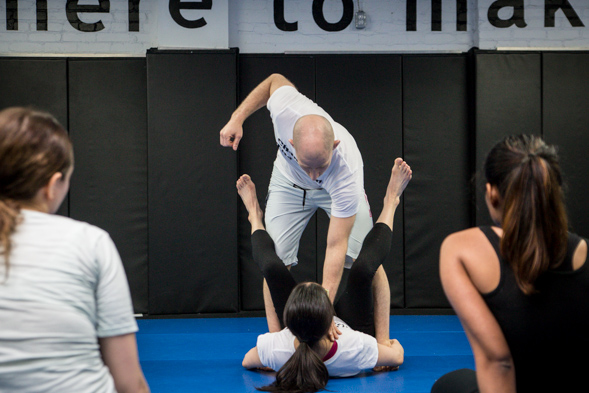 Already, the program has been taught at some schools and campuses around the city. However, Bayev also has a more immediate goal - he wants to secure funding so that the program can be offered on a weekly, rather than monthly basis. 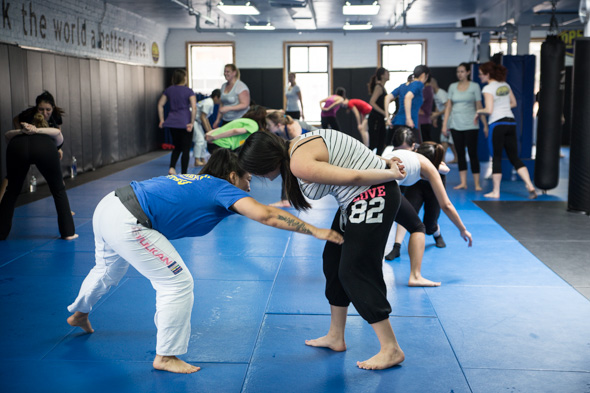 The three-hour seminars, which are open to women of all ages and experience levels, are based on the philosophy and techniques of Brazilian jiu-jitsu. Though he has training and experience with a number of martial arts, when he discovered jiu-jitsu, he says he knew he'd found his calling.

Unlike other martial arts, it does not involve a lot of punching or kicking - instead, it is based on various defensive manoeuvres that allow an individual to maintain their personal space and safety without having to rely on brute strength or force. This is key when an attacker is larger and stronger than the victim. 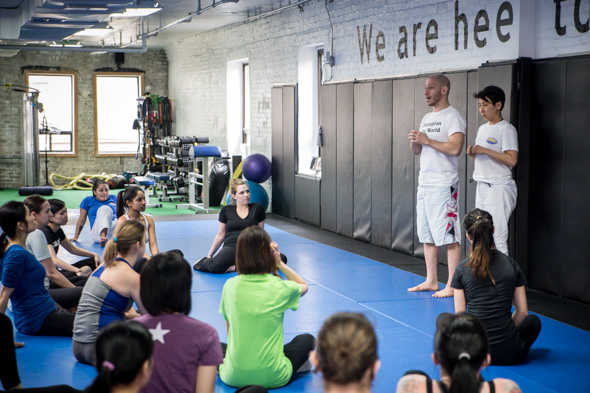 On a chilly Sunday afternoon in March I arrive at the Yonge and Wellesley gym to check out a workshop with a good friend in tow (if you don't like getting really physical with a stranger, I suggest you bring a friend to partner up with). There are close to 30 women present for the session, including some of the teachers and experienced students Bayev has recruited to help out.

Bayev starts with a brief presentation about jiu-jitsu and the philosophy behind the Fight Like A Girl program. Aside from wanting to create a safer world for women though the free, not-for-profit program, he aspires to encourage small businesses, like his own, to give back to the community. 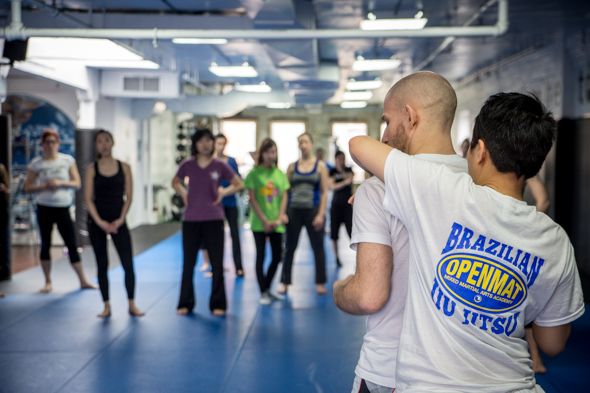 After being put through a brisk warm-up, we go right into learning and practicing the self-defense techniques with our partners. The general idea is to be able to protect yourself without having to physically destroy your opponent. Just as he promised with his inspiring talk at the beginning, regardless of our size, strength or fitness level, we all discover that we are capable of doing a whole lot more than we thought. 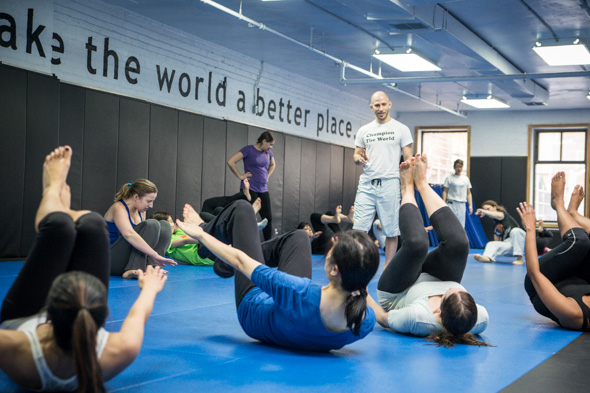 The youngest person in the room was a spunky nine-year-old. A student of Bayev's for just one month, she made everyone's jaw drop as she demonstrated. with Bayev, how she can fell a much bigger man. Intrigued, I asked about her, and Bayev explained she was being bullied at school. One day, she was pushed to the ground by a boy so forcefully that she broke her collarbone.

Her mom enrolled her in Bayev's program, and the problem quickly went away. A similar attempt was made by a classmate, and this girl used her new self-defence strategies to effectively protect herself. She hasn't been bothered by anyone since. (You go girl!) 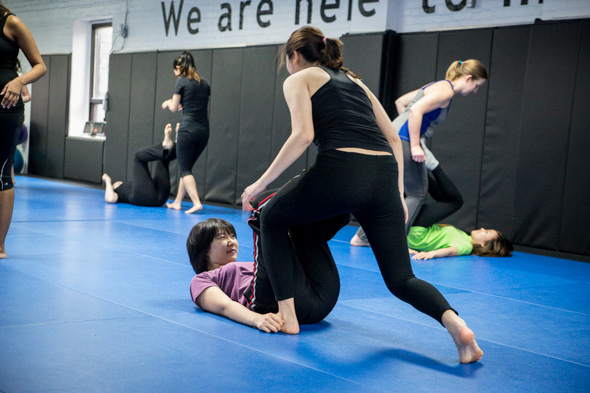 As if all this isn't awesome enough, Bayev has just started a program called Fight Like a Man, which educates young men about how to help create a safe environment for women. It's not enough, he points out, to teach women to protect themselves. Ultimately, we need to create a place where there is no violence against women, period. (How can you not love this guy?)

Bayev is hoping that Fight Like a Man will also spread across the globe. It is hard to imagine, but after listening to Bayev's vision it does seem possible! 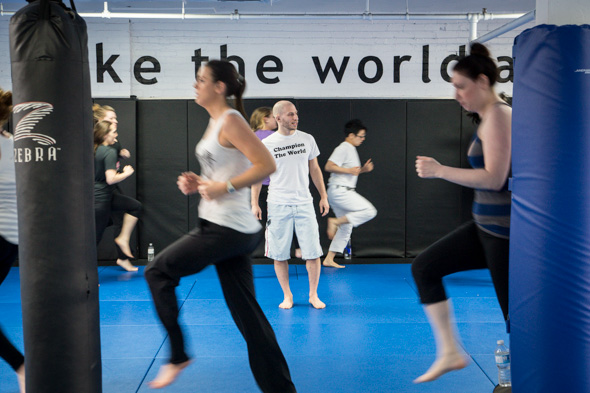 All women should attend this program at least once - bring along your daughters, mothers and grandmothers too. For details on upcoming events, visit the program's Facebook page. 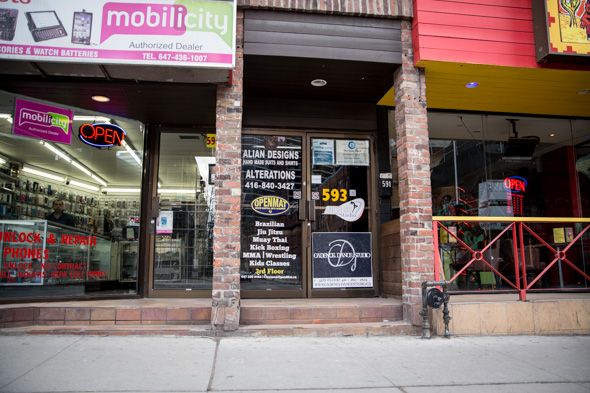