Cards Against Humanity, the Toronto version

Cards Against Humanity, the wildly popular party game, has had its fair share of imitators since being launched via a Kickstarter campaign back in 2011, but an unofficial Toronto version of the game (which many argue is itself based on Apples to Apples) is a new development that might interest local experts and those who've played the original one so often that it's impossible be shocked by it anymore. 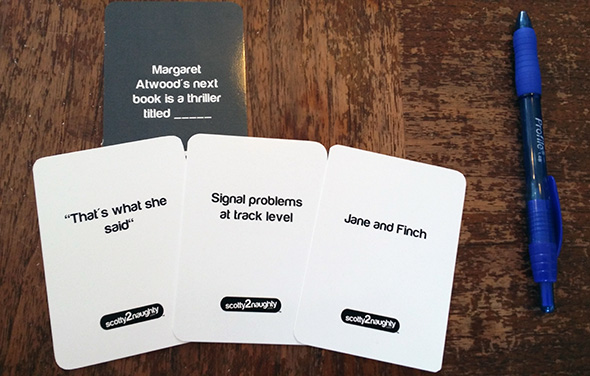 The work of Scotty Graham, who also designed those Rob Ford Valentines so many of us snickered at, from what I can gather, the Toronto-fied game is decidedly more PG than Cards Against Humanity, but perhaps that's to be expected given the municipal subject matter. Or not. You can count on a few Rob Ford funnies to dial up the lewd factor and plenty of opportunities to make fun of our various neighbourhoods. 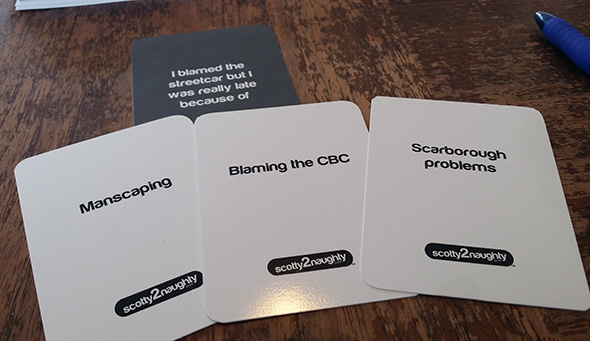 Cards About Toronto costs $25 and is available through the designer's website. If you're looking to purchase Cards Against Humanity in Toronto, head on over to Snakes and Lattes.