The North American International Motorcycle Supershow is a fantasyland for motorcycle enthusiasts in Toronto. There's a variety of motorbikes to drool over, from cruisers to sport bikes to cafe racers to scooters.

Boasting as "the world's largest motorcycle show," it features more than 500 exhibitors and 1,000 motorcycles on display. It's no wonder the Motorcycle Supershow attracts over 50,000 attendees to the International Centre by the airport strip every year. 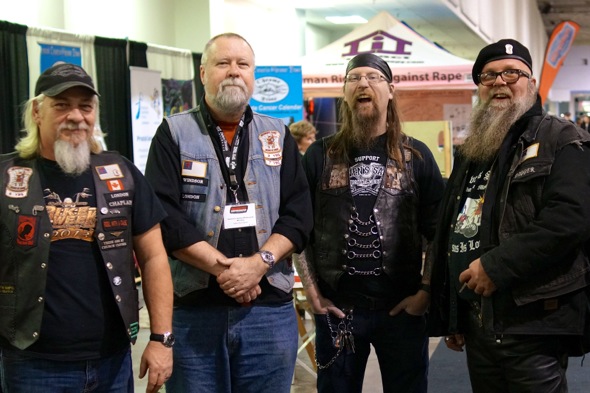 Since the -38 degree windchill forced most in attendance on Friday evening to arrive on four wheels, not two, I was likely not the only one feeling a bit like a kid in a candy store amongst all the motorcycles. 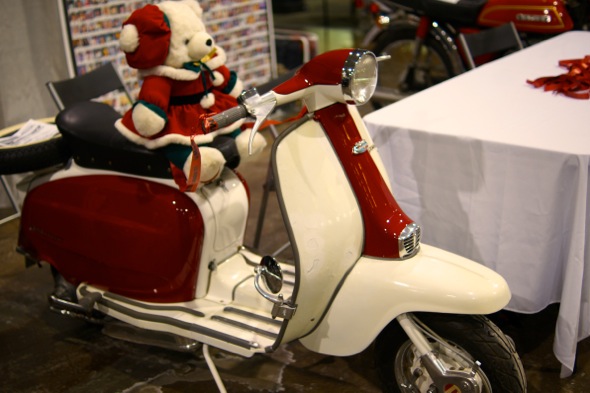 While I had my scooter parked for a good few weeks now, I was pleased to see this sharp old Lambretta at the show, posing with a stuffed bear for the good folks at MADD. 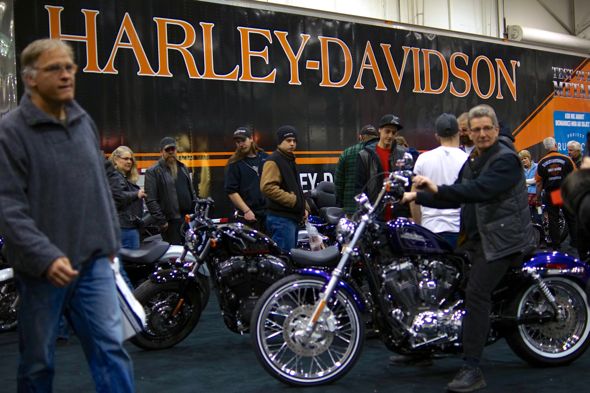 Harley Davidson motorcycles were well represented at the show. 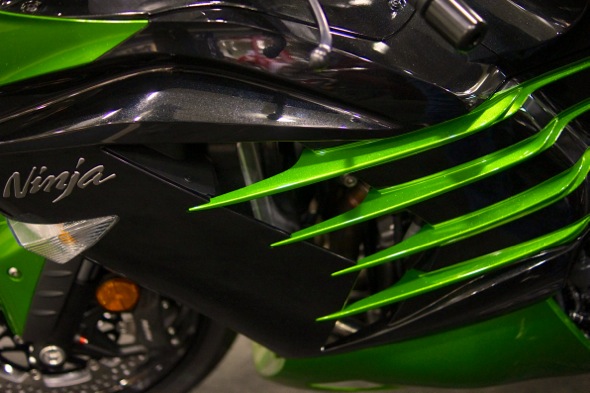 As were the sports bikes. This Kawasaki Ninja Special Edition sure turned a few heads. 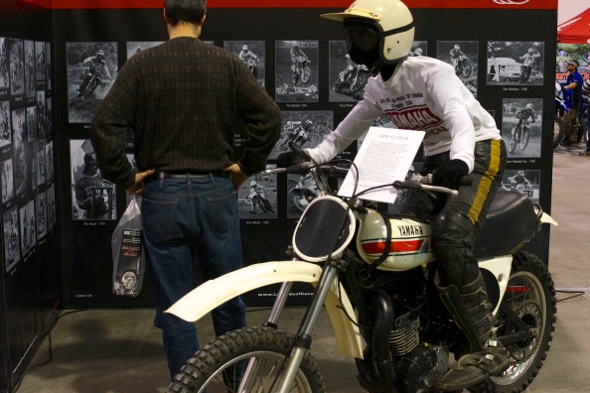 There was a nifty nook with some classic motocross photos. This 1974 Yamaha YZ250 B was the very first production motorcycle with monoshock rear suspension. The dry weight was claimed at 214 pounds. 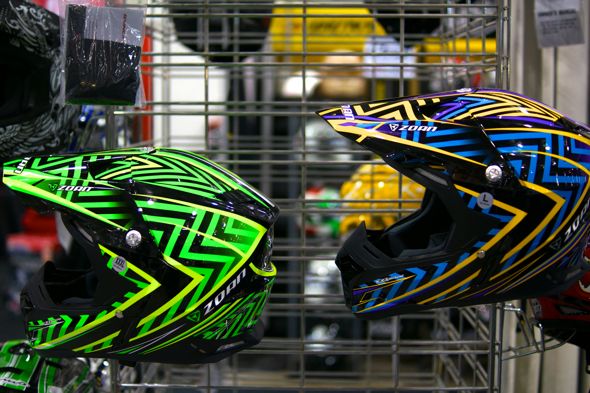 If you're looking for a new helmet, there's a plethora of choices at the Motorcycle Supershow, including some real deals to be had. Especially if you wear size XS or XXL. 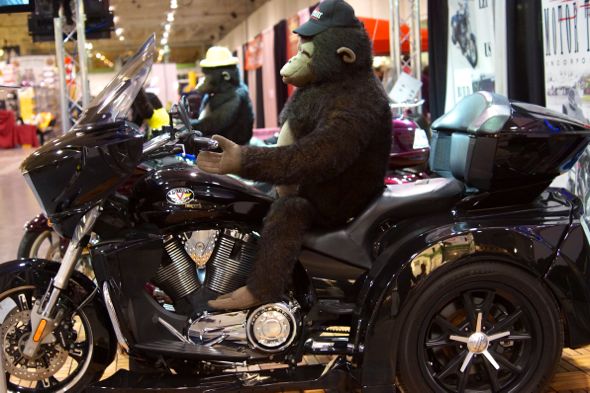 This ape is on his Victory lap. 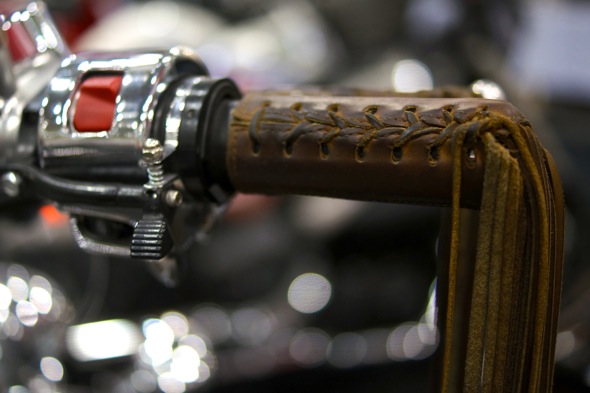 You've got to be a real man to equip your bike with leather fringe grips. 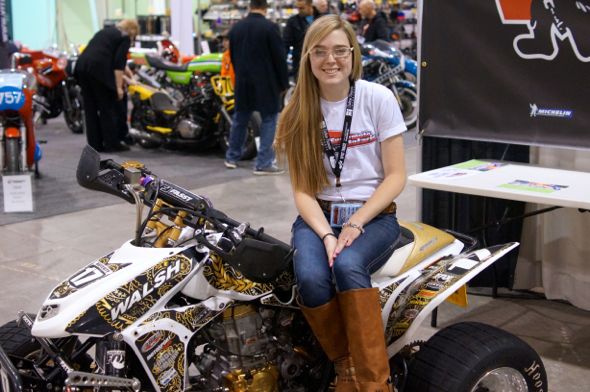 The motorcycle show vendors were all smiles, eager to pose or have you try out sitting on their bikes. 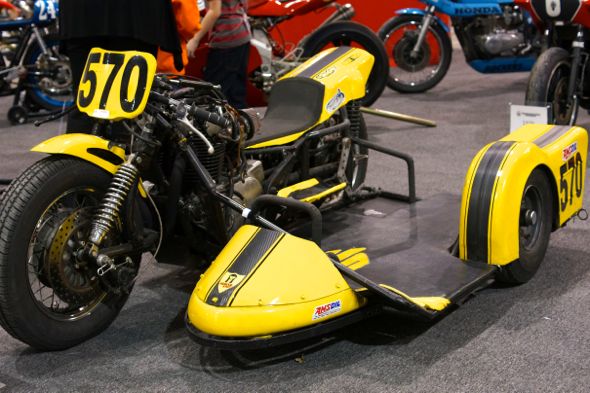 The Vintage Road Racing Association brought a few of their finest rides, including this 1972 Yamaha XS750. 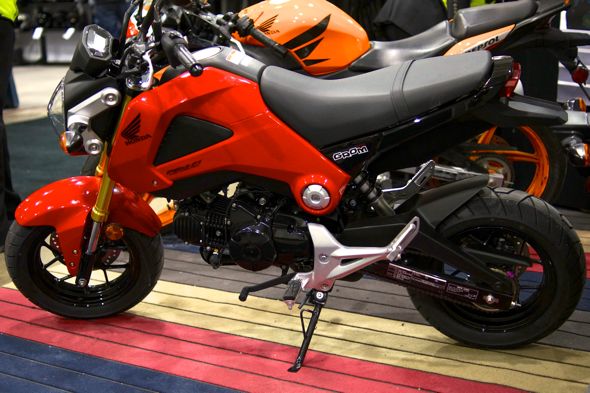 Learning Curves was on hand to show off a sporty new Honda Grom 125 and sign up eager new riders for their motorcycle training classes, which begin in late March. Thinking of riding this year? You'd better sign up soon, as they're already filling up.

Aside from the bikes themselves, you could find some cheap belts (2 for 5 bucks!), fancy wallets (see below) and badass t-shirts to be had. And you could get some fancy leather polish to shine up your motorcycle leathers (and footwear).

I found a nice pair of riding pants on sale at the rather large GP Bikes display. I'm not sure if they replenish stock every day, but the most popular sizes tend to go quickly. 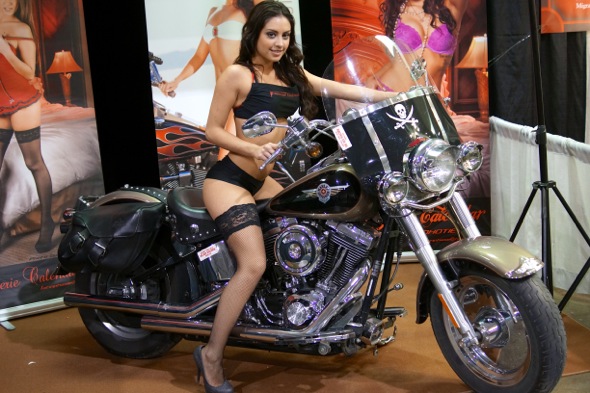 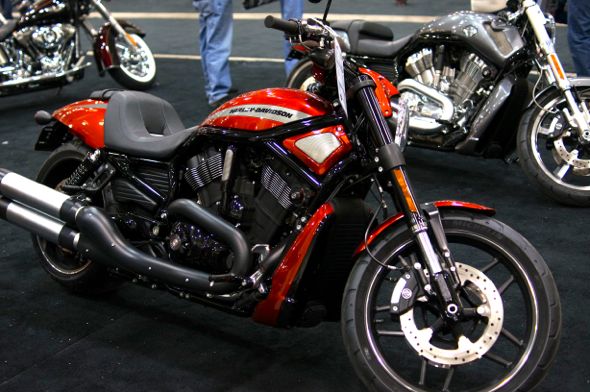 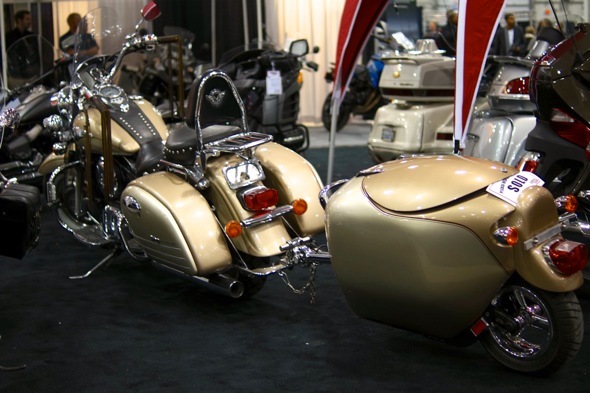 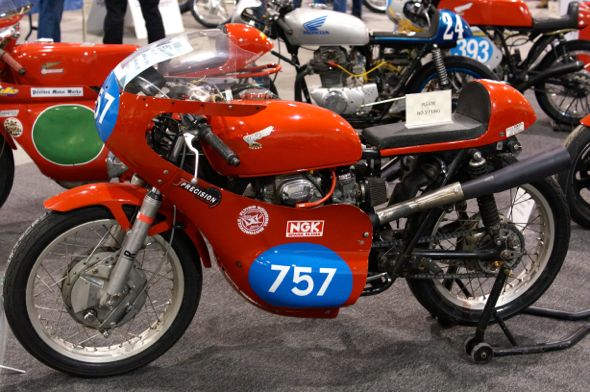 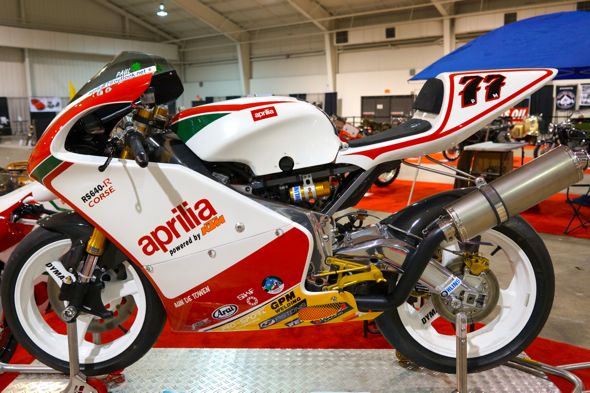 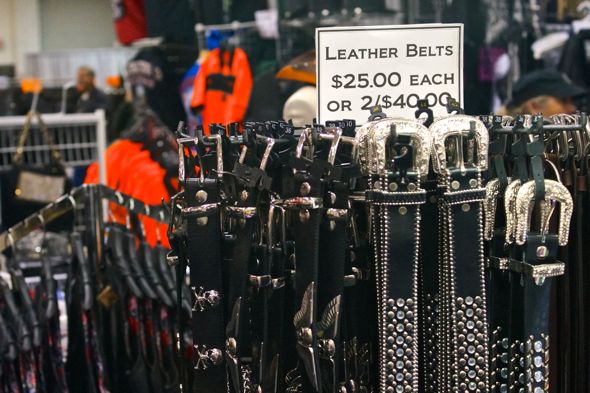 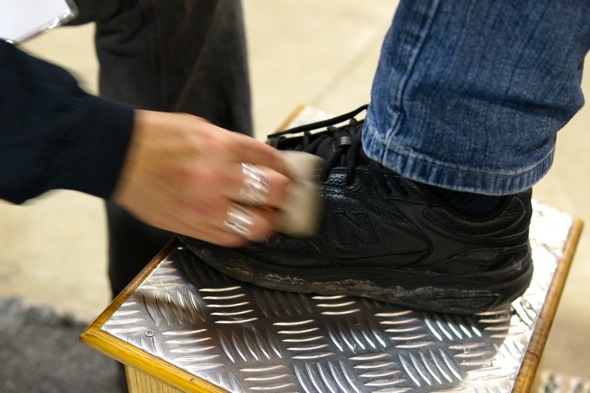 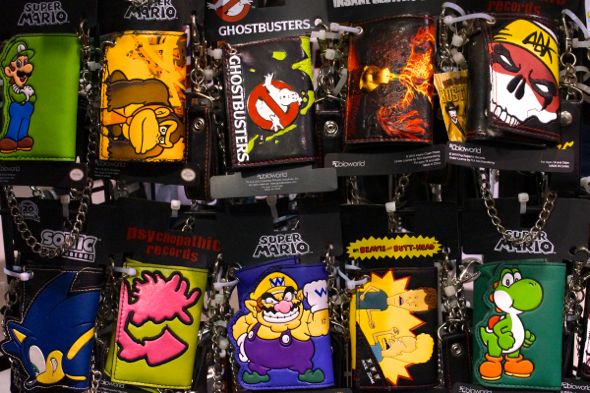 The Motorcycle Supershow concludes on Sunday at 6 p.m. Admission is $20. The show takes up several large halls at the International Centre, so be sure to wear comfy shoes.