Drake shows the Raptors some love at the ACC

Drake Night with the Toronto Raptors went down smoothly on Saturday at the Air Canada Centre. We've seen hip hop moguls align themselves with sports franchises before, like when Jay Z was involved with bringing the New Jersey Nets to Brooklyn and getting them a new stadium. Fast forward to last night and those same Brooklyn Nets were in town playing the Toronto Raptors for what was being branded as "Drake Night." Yes, they delivered - Drizzy was in the building. 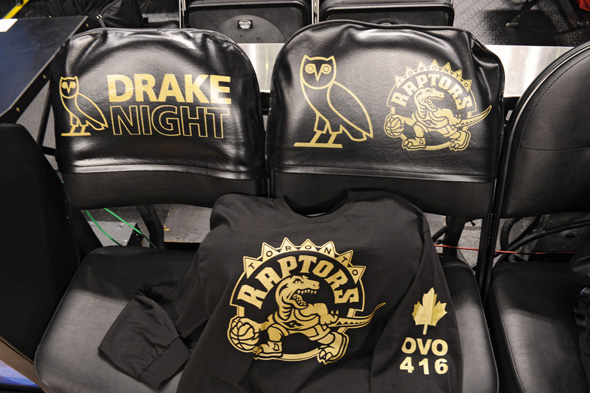 Branding was in full effect. Upon entering the ACC, every ticket holder received a fresh black long sleeve shirt with a golden Raptors emblem on the front and the OVO owl on the back. Rumor has it that this black and gold combination might be the direction that the team's re-branding is headed.

As the teams warmed up, a pre-recorded video clip of Drake popped up on the scoreboard thanking fans and praising Toronto - the greatest city in the world. Putting on his best announcer-like voice, Drizzy introduced the starting lineups. Then the game proceeded like any other NBA game would, with the Raptors winning by 16 after an exceptional 4th quarter. 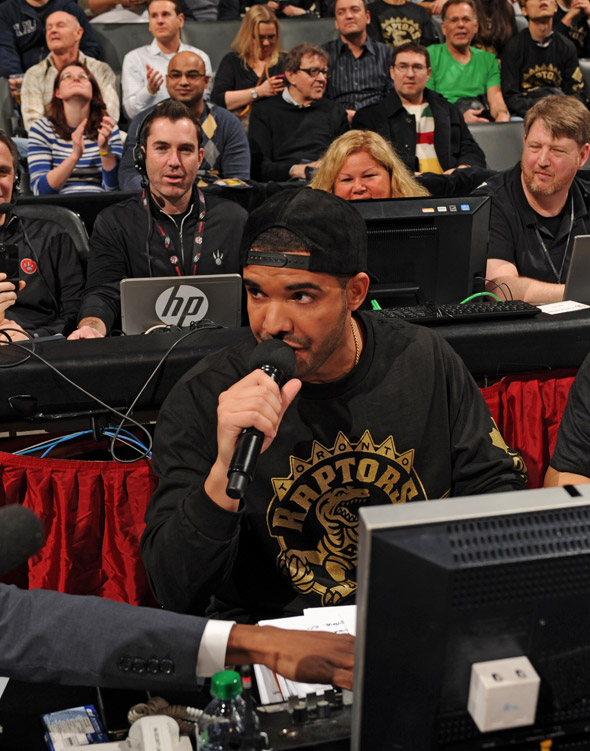 Those who had their hopes set on seeing a full-on Drake performance might have been a bit disappointed, but that's not what the night was really about. It was a basketball game, and Drizzy had no intention of outshining the brand that he is now an ambassador of.

The halftime performance by DJ Future The Prince was nothing to write home about. Future the Prince played a short mix of some of Drake's newest tunes while Drake stood behind him watching. Once they got the mic working, Drake interjected and spent the next couple minutes giving away two pairs of exclusive OVO Jordan sneakers. Alas, neither of the winners wore size 11's (keep your eyes on eBay).

This seems like the perfect time for both the Raptors' franchise and Toronto to have such an iconic partnership forming. Granted the NBA's eastern conference is rather weak, but the Raptors are currently in the middle of the pack, and a playoff spot is looks more and more likely. Events like this build hype around the team - and excitement to the streets. The ACC was sold out, and if the Raptors stay on course for the remainder of the season, Toronto will be seriously buzzing come playoff time.

Drake Night itself didn't change the world - it did however serve as a symbolic celebration to kick off what will hopefully prove to be a fruitful venture for the Raptors. 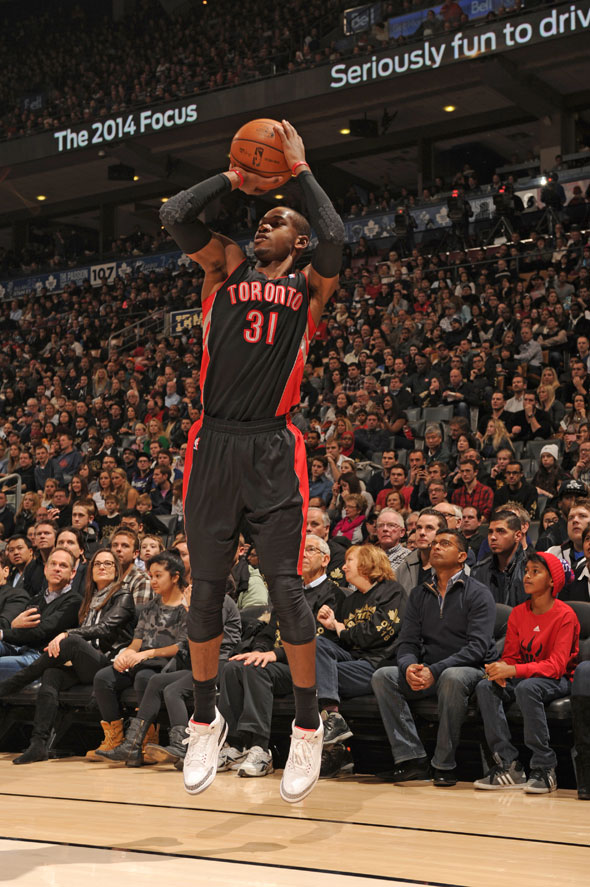 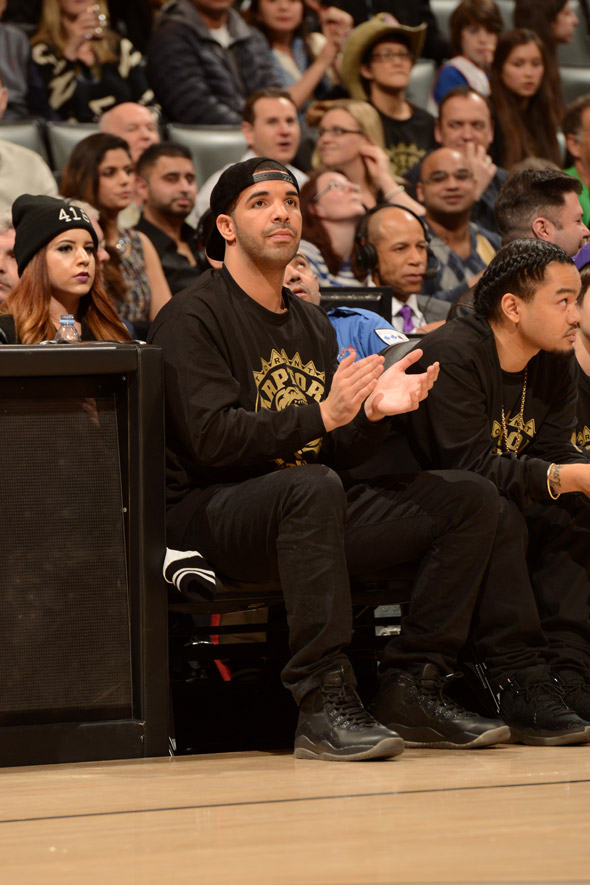