What does it take to be a Raptors cheerleader?

The third floor concourse of the Air Canada Centre is packed with about 200 long-haired, superfit women doing the splits. They're clad in sneakers, black booty shorts, and sports bras in many different shades of neon. They are surrounded by brightly-coloured gym bags, water bottles, and the slightly frantic energy of their own nerves. Of the 200 or so women present, only 18 will land a coveted seasonal position. 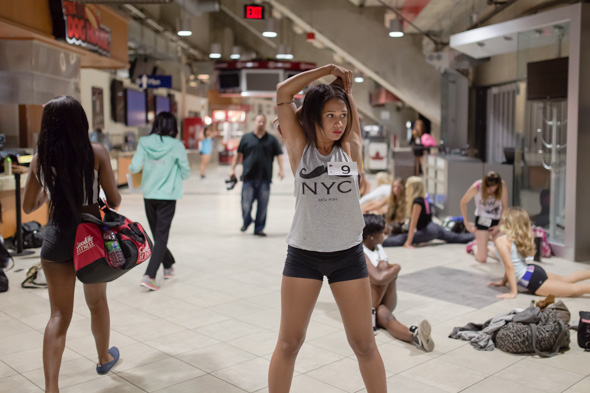 They're here to try out for the Toronto Raptors Dance Pak, which, I'm told, is not to be thought of as traditional cheerleading. This is much more about dance, and less about stunting and jumps. Amberley Waddell is the coordinator and choreographer for the team, as well as one of the judges who will decide the fate of the women who are spending their hot, sunny Toronto Saturday here in the gym. Waddell tells me there's a range of dancers trying out today, from those who do it professionally to ladies who just like to dance in the club. 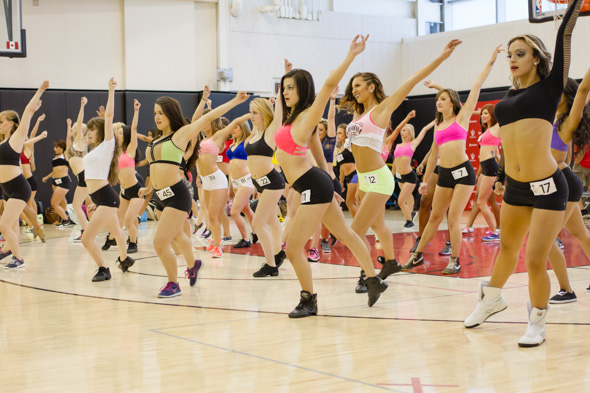 As auditions begin, I start to feel like I'm watching contestants vie for a role on a reality TV show. I half expect Tyra Banks to step out and say "I have only 18 photos, in my hands." Women go in to dance in front of the judges in groups of 50. Long hair swishes through the air in circles. Bodies roll. Legs kick. "I'm Out" by Ciara f. Nicki Minaj blares on repeat. The dancers are learning four eight counts of moves they've never seen before. They have to memorize the short sequence and present it to the judges all in one go. Then, they're broken down into smaller groups so the judges can decide who makes call backs, and the ones who make it will learn another series of eight counts. If they make the team, they'll get to dance and greet fans at each Toronto Raptors home game, and they'll rehearse from mid-August onward. 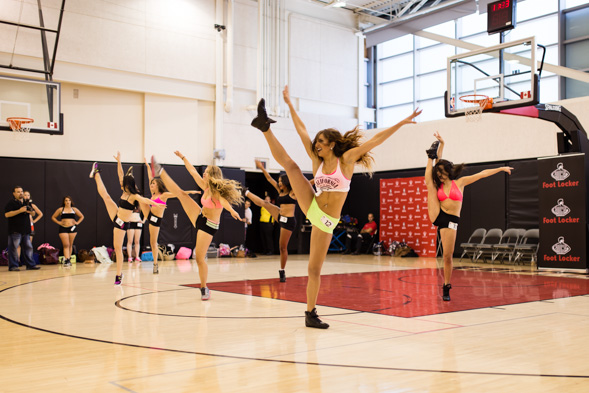 Many people who lack a personal familiarity with the world of this kind of dance tend to assume the women are silly and frivolous, and not especially brainy. That's absolutely not the case. These women are objectively hot, yes. But they're also smart. They're true athletes, and, in many cases, dance is just one aspect of their lives. I get a chance to speak to a few of them, and I find that they're here for a number of reasons. Alexis Dwyer, for example, got into step dancing while going to university at York, where she studies social work. But now, she's more interested in getting involved with drama and dance professionally. 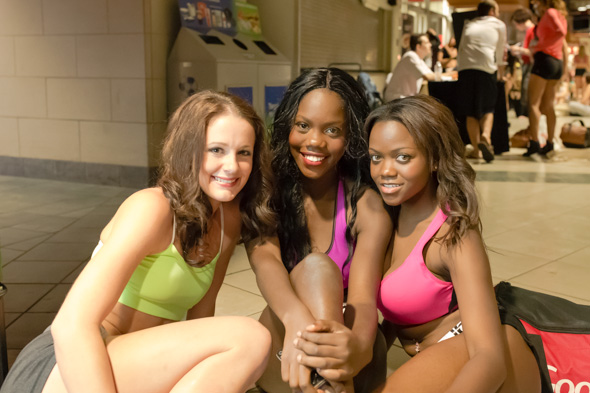 And for Kelsi Wighton, this is a calculated career move. She's just returned from working on a cruise ship, and she wants to run her own studio one day. This is a step in that direction and, in the meantime, she's studying psychology at Western. Monique Jones has yet another outlook altogether. She's in her second year of a degree in Humanities at York University, and she's always been into different kinds of dance, including cheerleading. "I'm just open to new experiences," she tells me. "I want to expand my options, and I'm open if things go down this path." 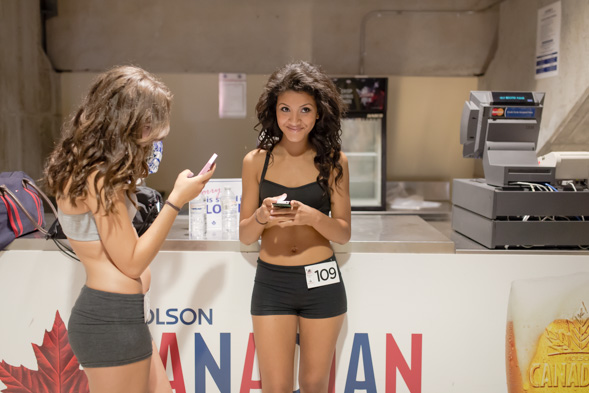 Waddell says she's looking for the "total package" in the dancers, which includes "looks, personality and talent." They'll have frequent contact with fans, so it's important that they're well-spoken as ambassadors of the team, she says. From what I've seen, lots of these women have it. 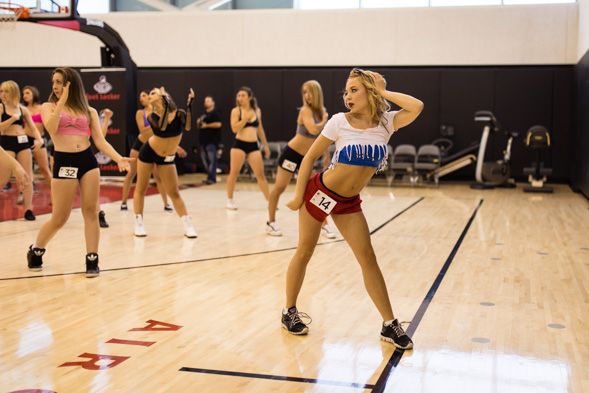 The other thing to keep in mind, aside from the fact that dancers can also be intellectually well-rounded, is that to be a dancer is to have a very specific kind of intelligence in itself. It requires, of course, a kinetic wherewithal, a connection to one's own body in order to do things like hands-free cartwheels or double back handsprings. But it also takes an immense amount of patience and strength just to listen to the same song over and over again without going completely insane. As they practice, most of the women get the hang of the steps right away. Very few flub the steps; these women know what they're doing. It takes all of about 20 minutes for them to put the steps to music. 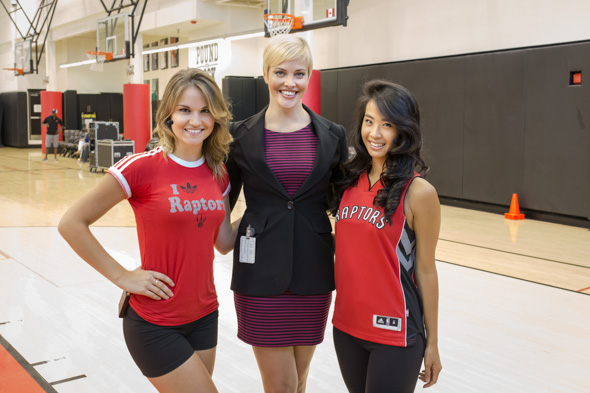 Last year's captain, Ashley Hoy, is there to help teach the moves, and she confirms my suspicion that the judges will have a difficult time choosing this season's team. "There's a lot of potential here, a lot of talented girls," she says, eyes on the court. "It's going to be hard."

This is when beaches officially open in Toronto this year