Paint bombs and running combine at Color Me Rad

Color Me Rad is changing the face of running. Literally. The 5k race has participants show up wearing all white and get blasted with colour after every kilometre. I was worried that the colour explosions would feel like paintball pellets, which, in the past, have scarred me both physically and mentally. Luckily, it was not even comparable. The blasts came from coloured powder and water. It gets everywhere (including in your mouth) but is made from food colouring and doesn't hurt one bit.

Just in case, they were sure to provide protective gear... that being, a pair of neon sunglasses. Not only did they look awesome, but they prevented the colour from getting in your eyes. 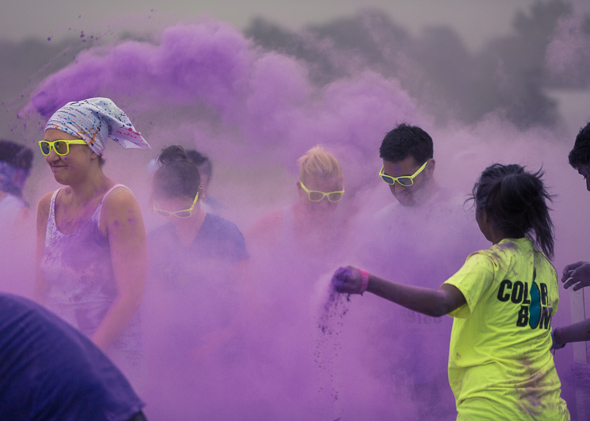 Gretchen Williard is the spokesperson for Color Me Rad and said the event was inspired by holi festivals in India where colour packs are used during the ceremony. "We wanted to combine the celebratory atmosphere with running," she said. "Running can we really serious but it's nice to have a race that's not about competition."

Any true runner might be annoyed with the pace of the event. No one was timed and there were no winners, let alone prizes. As someone who doesn't call themselves a "runner," I found the event to be quite enjoyable. 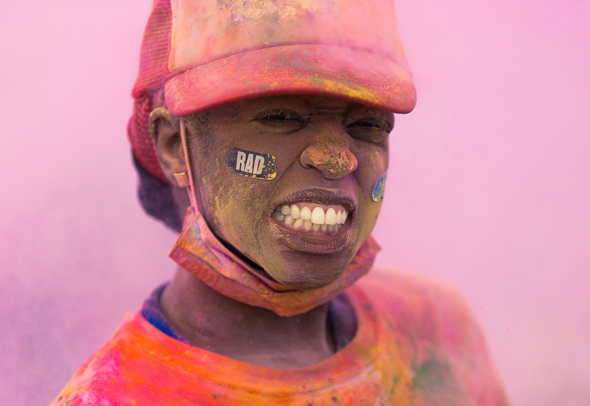 Some people signed up as a family and brought young kids in strollers. Others came with a huge group of friends and took selfies after ever colour station.

The race flew by, even though I stopped to walk several times throughout. At the end, every runner gets a colour pack of their own. We were instructed to gather in front of the stage and burst our packs all at the same time. The MC counted down and before we knew it, we were all engulfed in a cloud of colourful smoke. It was awesome. 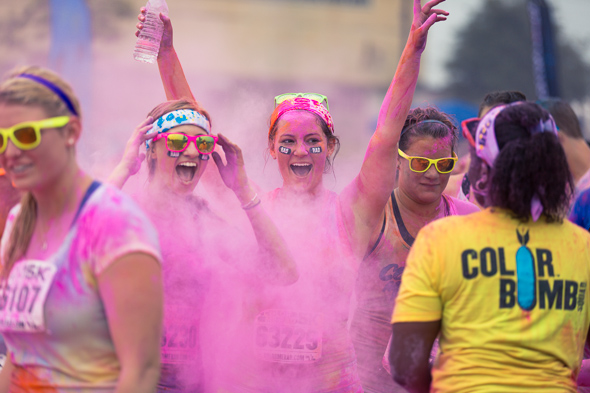 The inaugural Color Me Rad race circuit included 36 locations across the United States last year. This year, they hosted over 90 events and plan to come back with even more next summer. 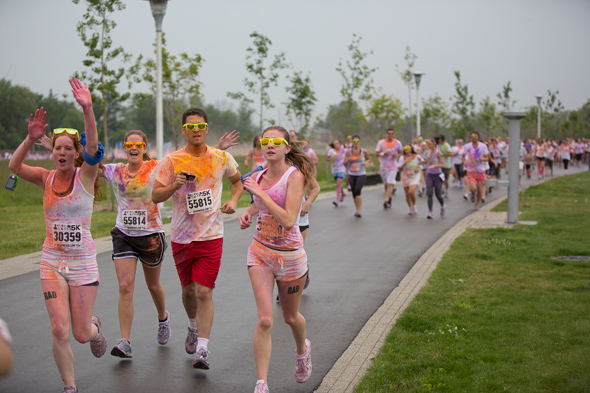 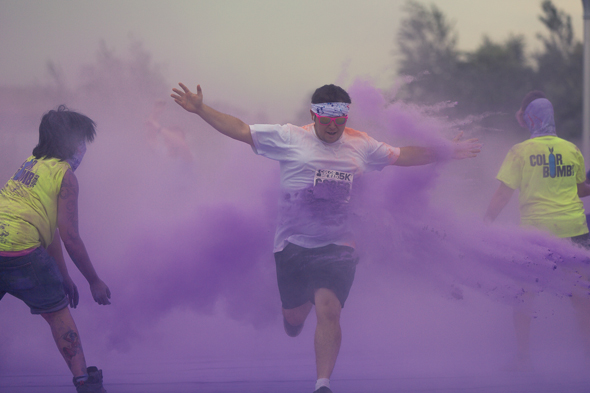 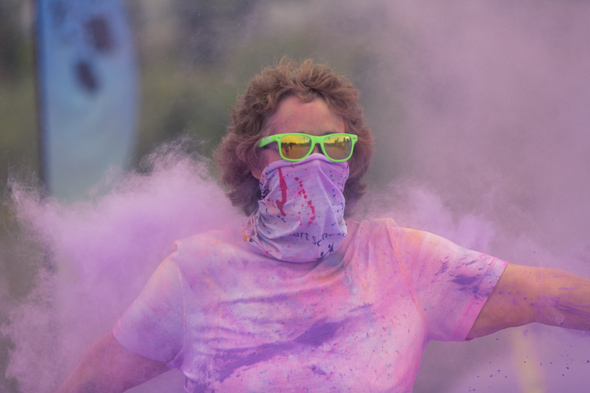 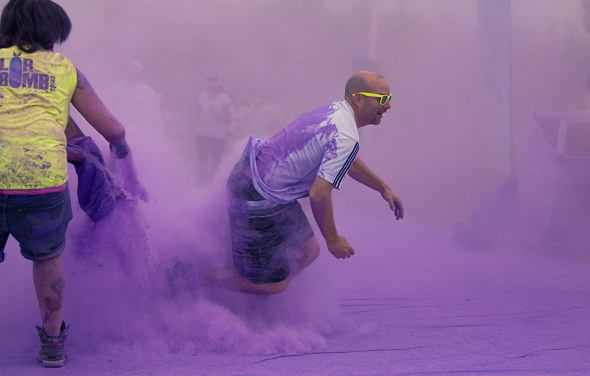 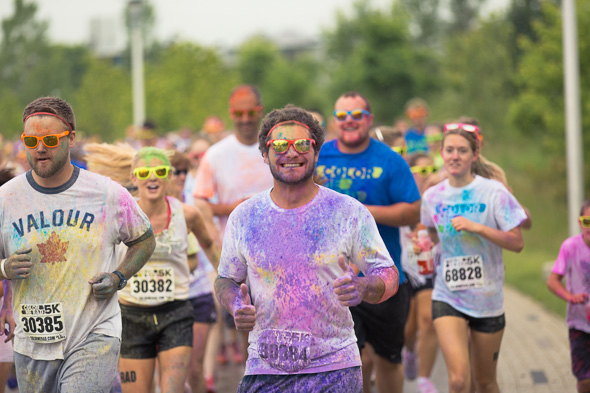 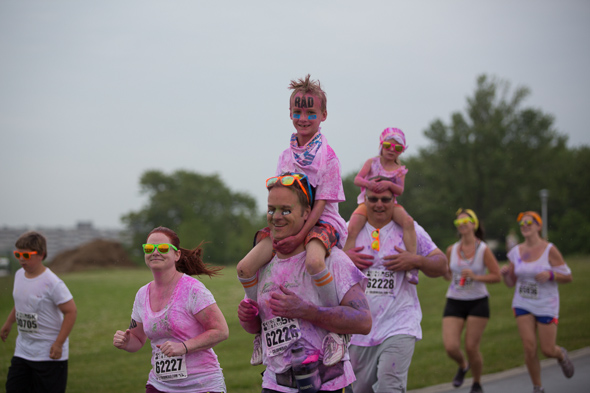 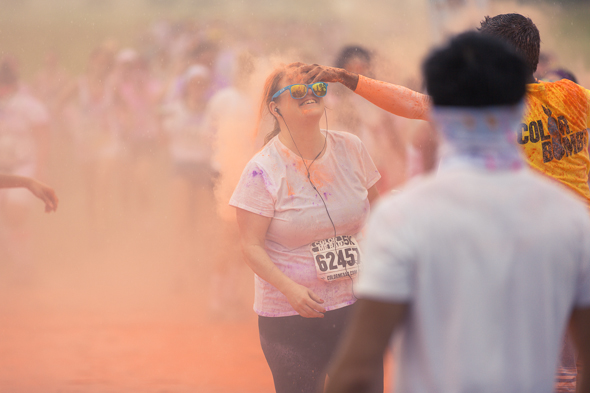 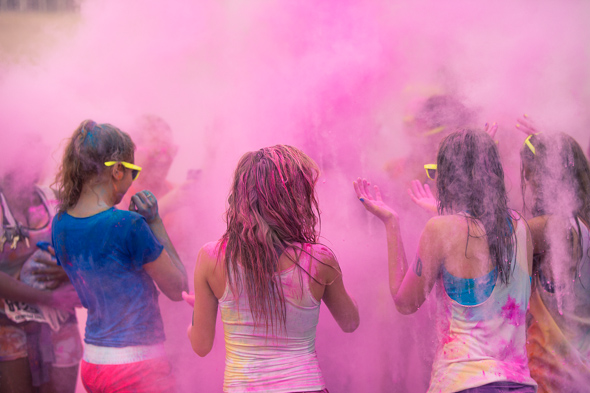 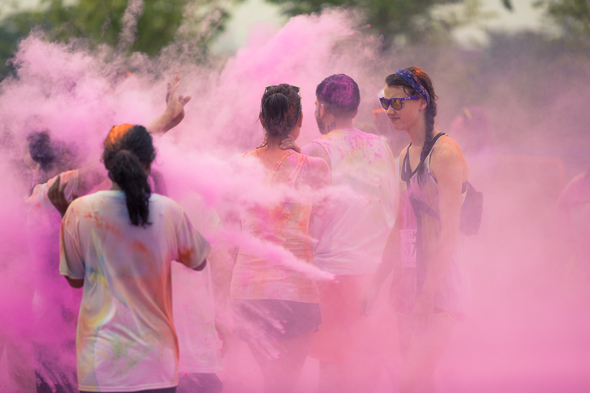