Mysteriously Yours serves up murder with dinner

It's no mystery why Mysteriously Yours...Mystery Dinner Theatre still flourishes after 25 years in production. Since 1987, producers Lili and Brian Caws have created and compiled over 50 original mysteries and their latest, "The Fine Art of Murder: A Sherlock Holmes Mystery" exhibited skillful playwriting and masterful interactive acting. 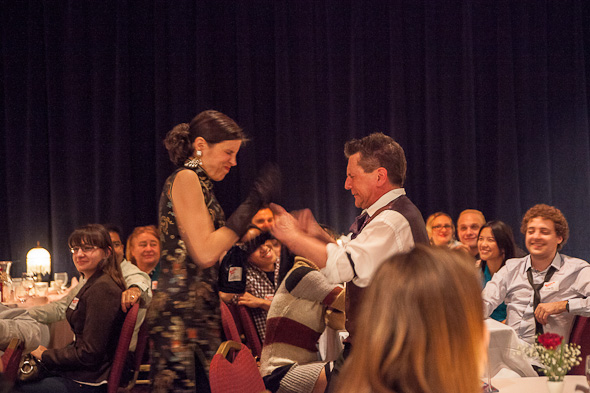 The scene: The Grand Estate of Count Victor Uber-Weiner and Countess Clotilde Hagen-Das (2026 Yonge St). The fateful night begins with a three-course dinner, including such delights as shrimp tapenade, beef ribs in Guinness gravy and, my personal favourite, chocolate brownies drenched in Bailey's Irish Cream chocolate ganache. As dessert is served, the characters begin to make their way into the dining room, introducing themselves to the diners and absorbing each table in light chit chat.

I was hesitant at first. Although I'm always willing to try something new, I was a little unnerved by the substantial amount of interaction between the six-member cast and the patrons. For those looking for a more intimate meal, or for a greater divide between entertainer and audience, this may not be the show for you. But once the plot began to develop, I fell into the story and felt connected to the characters on a level more personal than that found through traditional stage performance. 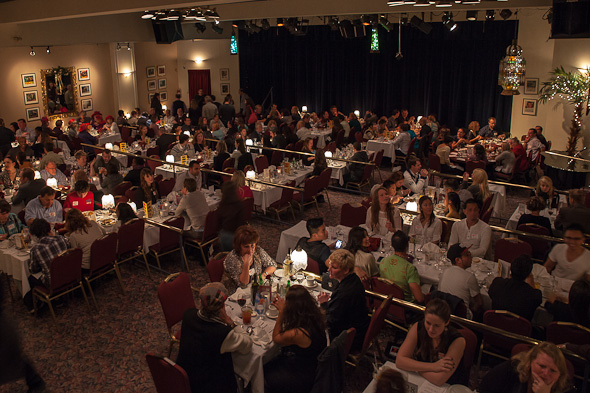 The scripted show begins when the Count - who was absent at dessert - is found dead in his study. Luckily, the famous Sherlock Holmes and his trusty sidekick Watson are on the case. After establishing the where and the how of the murder, it's the audience who must determine the whodunit. With the help of clues subtly dropped throughout the show, audience members are asked for their guesses and are awarded prizes if they correctly name the murderer and the clues that led them to their guess. In case you'd like to see this performance, I won't go into too much detail about the storyline, but I will say it's equal parts clever and corny.

The stage, although present, is not used, and the dark, heavy curtains remains closed for the entire two-hour performance. Instead, the dining room of audience members serves as the set, impelling an abundance of entertaining audience interaction. 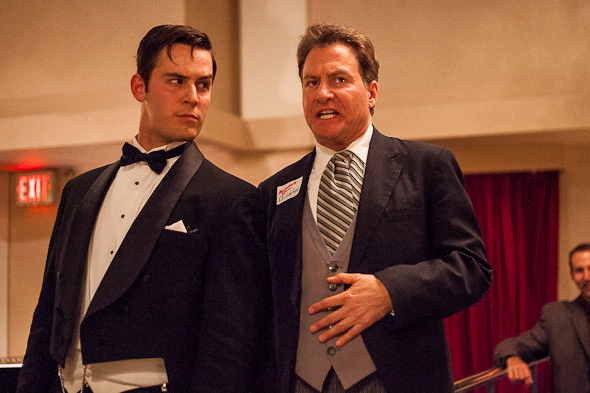 The audience demographic is all over the map. From a large group of 20-somethings celebrating a birthday, to an even larger group of elderly women in red hats and purple dresses, the show seems to cater to almost anyone (especially as a WagJag deal no one could pass up). A fair warning: if you're celebrating a birthday, anniversary, or any other important milestone in your life, be prepared to show off your acting chops at some point during the performance. 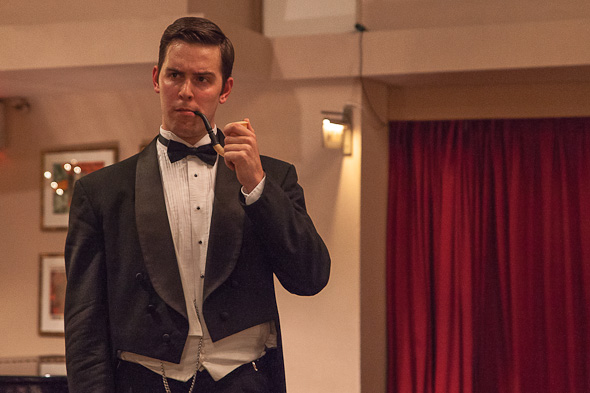 Mysteriously Yours... puts on four shows per year, each running for three months. Shows generally play Thursday through Saturday, with the occasional Wednesday thrown into the mix. Dinner is optional and on a Thursday or Friday night costs $66 (the price increases to $71 on Saturdays). Those interested in seeing the show without the meal can buy tickets for for $40 on Thursdays and Fridays and $45 on Saturdays.