Photos of the 2012 Icycle Race

Ever since we published our nostalgic look back at the winter sports and activities that folks around these parts used to engage in to pass away the cold months, there's been plenty of regretful responses that lament that we just don't have that much fun anymore — or winter weather for that matter. Back in the day, Toronto parks had immaculate toboggan runs, ice boats littered the frozen harbour, and the more daring whizzed around on propeller-powered bobsleds.

But we do go careening down fresh sheets of ice on bikes outfitted with studded tires — and that's not boring, is it? A yearly tradition at Dufferin Grove, the 2012 Icycle took place on a gorgeous winter night last Saturday in support of Charlie's Freewheels, a charity organization and bike shop that supports at-risk youth.

If you've never seen a cyclist carve out a turn on a pad of ice, it's certainly a sight to behold. At first it looks like an impossible prospect, but then you hear the studs dig in and it almost makes sense. Almost. Until you see the confident riders patrol the ice for a few laps, it still seems rather remarkable that they stay upright.

Here are some photos of this year's festivities. For a full report — including who took home the winners trophies — check out Dandyhorse's coverage. 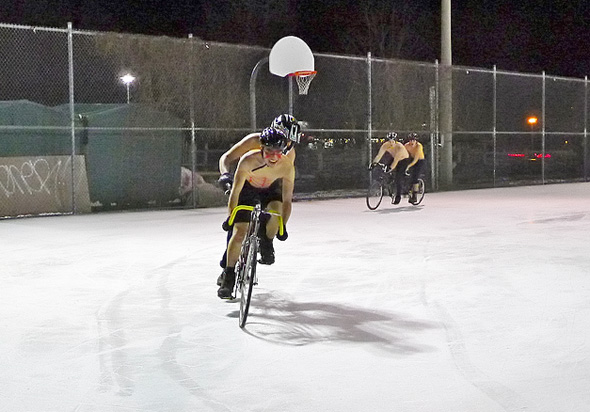 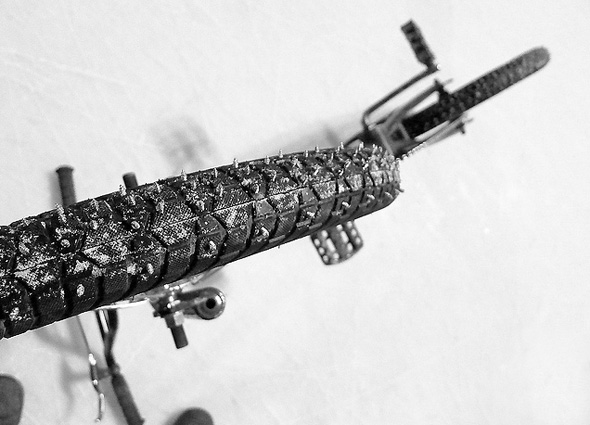 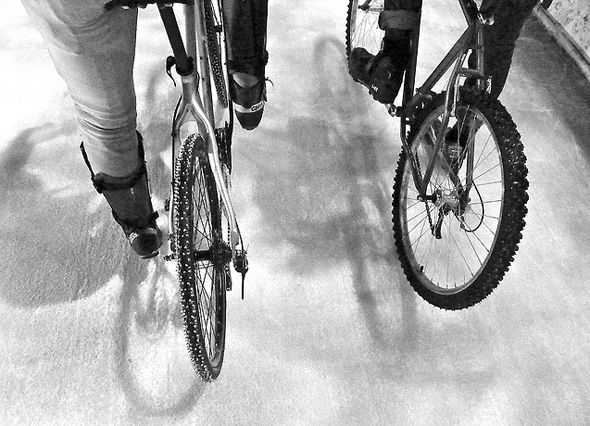 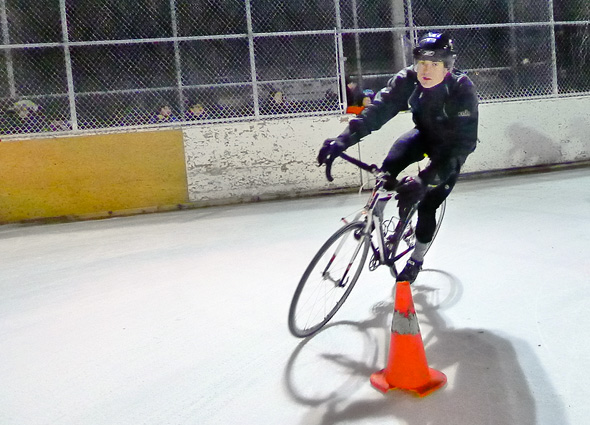 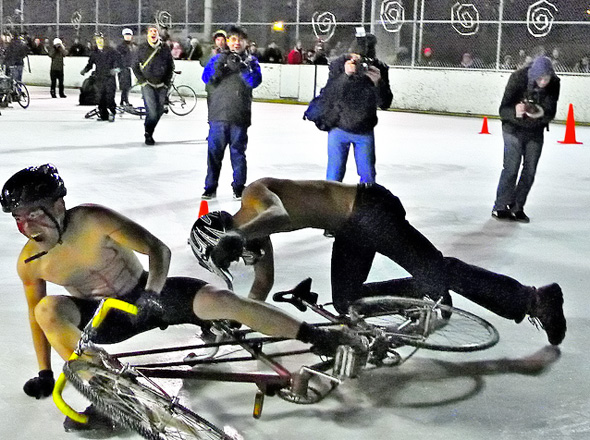 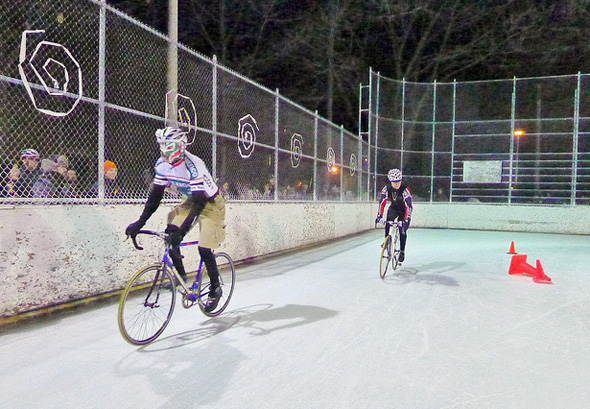 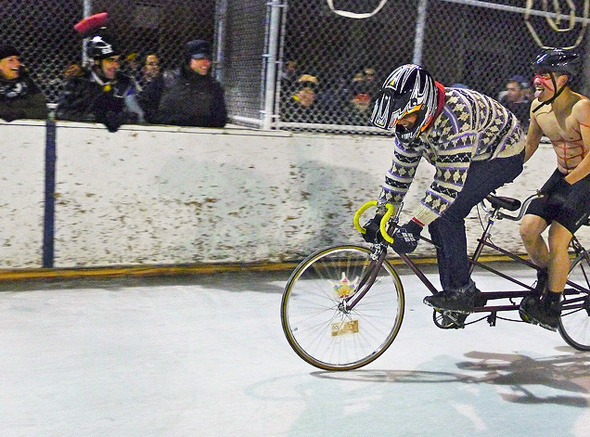 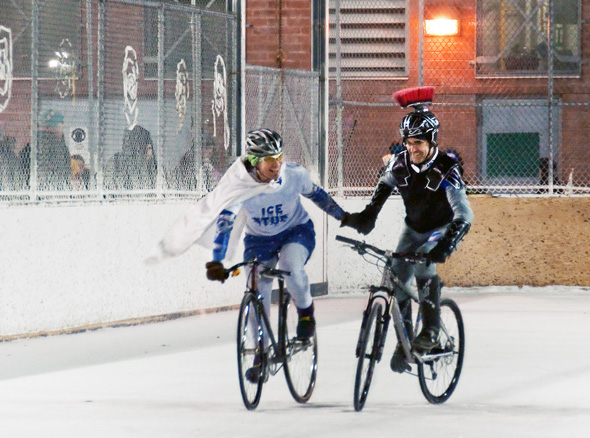 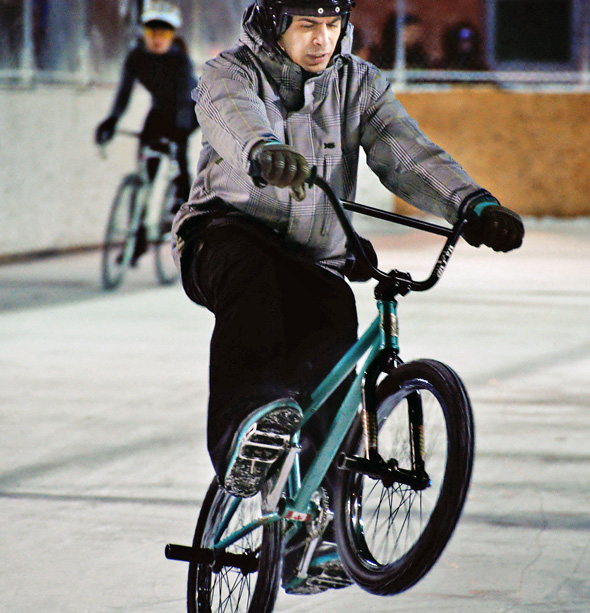 Photos one through eight by Martin Reis. Final photos by Kiril Strax.