The 2011 Becel Ride for Heart took to the Gardiner Expressway and Don Valley Parkway on Sunday as thousands of cyclists rode in support of heart and stroke research. All told, the over 13,000 participants raised a whopping $3.9 million, $600,000 more than at last year's event. With 25, 50 or 75 kilometre ride options, the sea of cyclists enjoyed near perfect weather as they tested their mettle on the normally car-filled highways. 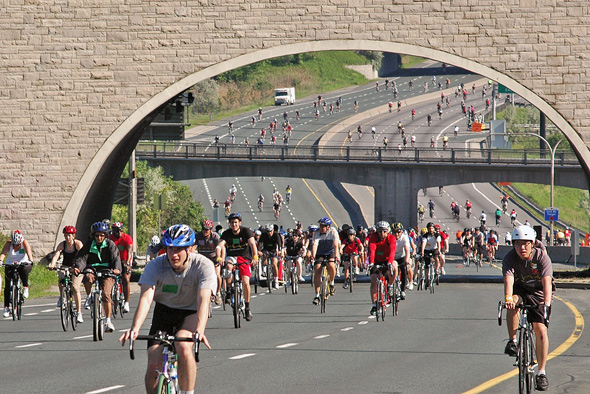 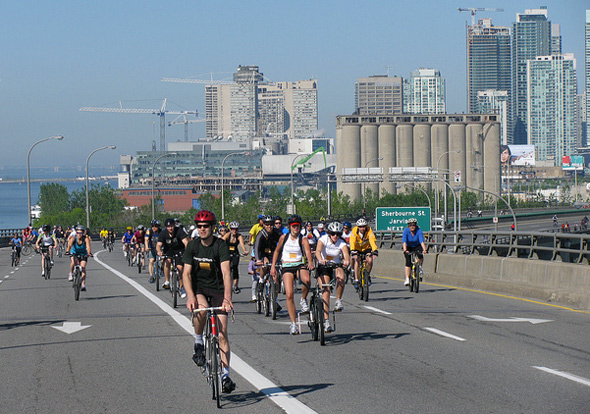 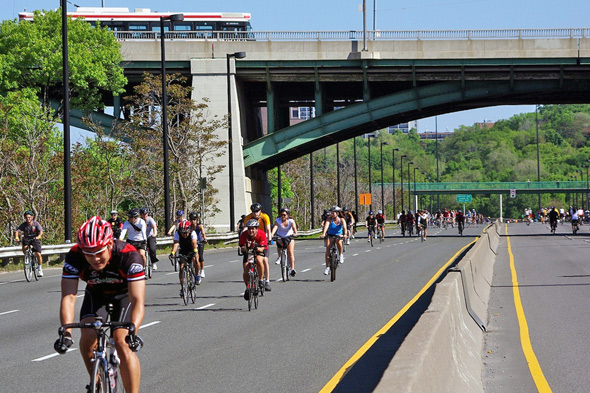 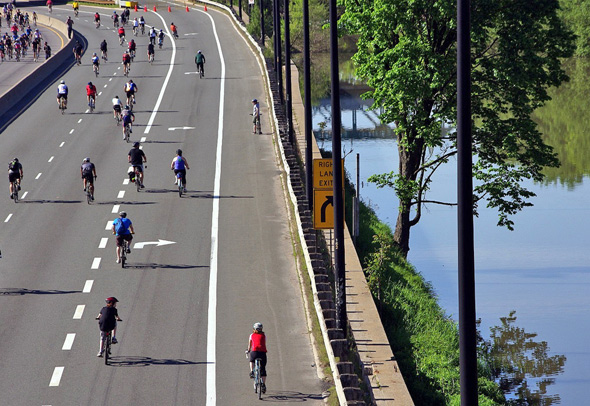 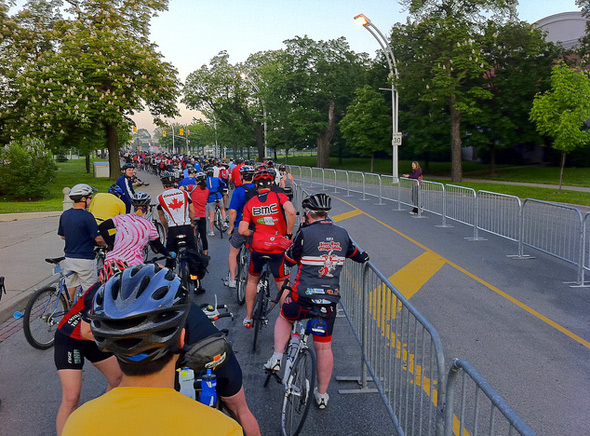 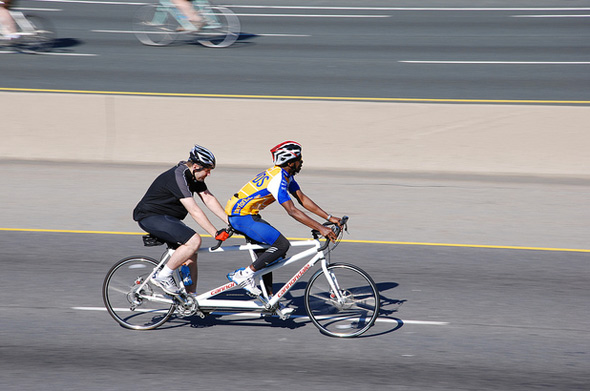 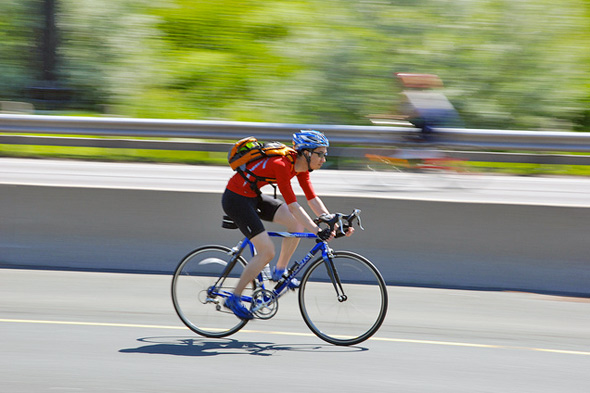 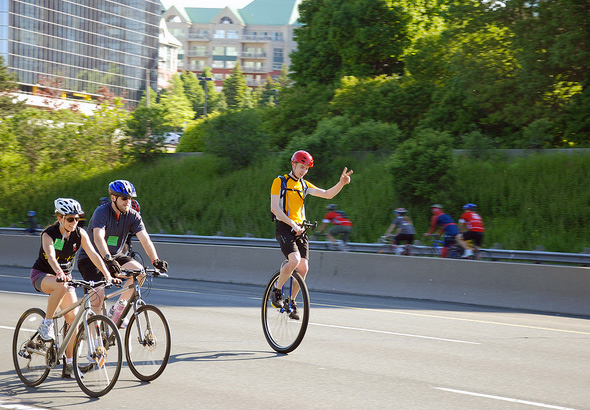 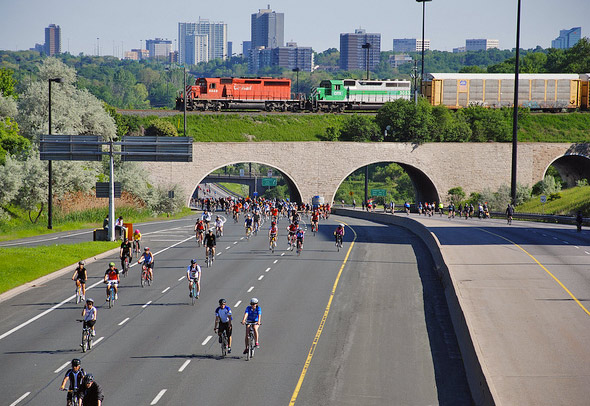 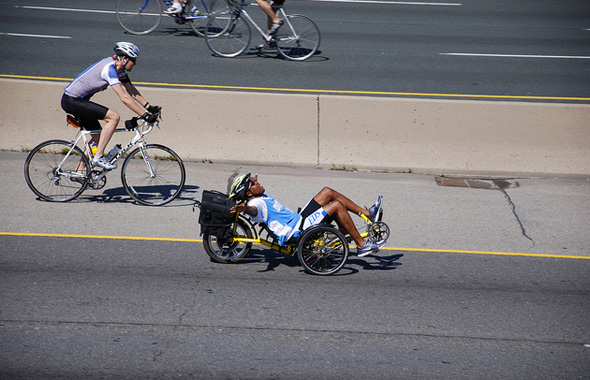