Toronto FC's 2011 season is set to kick off on Saturday against MLS newbies the Vancouver Whitecaps, and nobody is quite sure what to expect. Former Director of Football Mo Johnston once infamously alluded to a "5-year plan," which I'm quite sure did not include getting canned by MLSE at the end of year four after failing to make the playoffs for 4 consecutive seasons. The end of season four was not without drama. Going down with the S.S. Johnston was head coach Preki, leaving a gaping hole in the organization.

That's not to mention captain Dwayne De Rosario's post-goal cheque signing gesture to the stands, demanding a pay increase, that made him the target of supporter frustration and angst. Oh, and while all this was happening on the pitch, off the pitch MLSE was frantically organizing town hall meetings with season ticket holders and the three supporter groups to try to stem the tidal wave of anger at yet another ticket price increase. 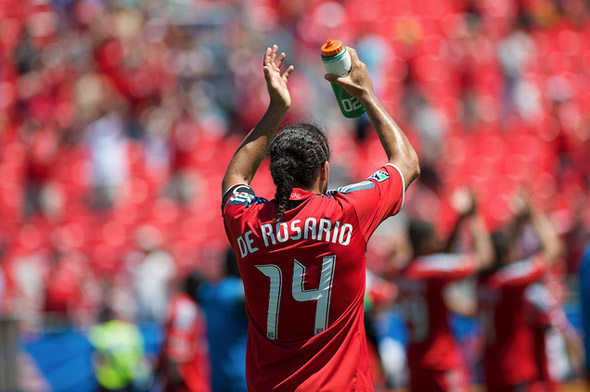 Attempting to wipe the slate clean, MLSE made some concessions on ticket pricing and brought in former German superstar Jurgen Klinsmann to consult on the hiring of a new head coach. Over the winter Klinsmann found Dutch midfielder Aron Winter, coming off a 3-year stint as Assistant Coach for Dutch powerhouse Ajax. Winter brought along fellow countryman and Ajax alum Bob De Klerk as his assistant. Paul Mariner, formerly of the New England Revolution, was brought in to help navigate the tangled web that is Major League Soccer.

Filed under "off-season scandals," De Rosario was spotted training in Scotland with Celtic in December and, after a bit of back and forth in the press, found himself quickly back with his home team for the start of training in Turkey. Rounding up the "bone headed negotiating tactics" category, defender Adrian Cann walked away from pre-season games in Florida after demanding (and not receiving) a 15K increase to his contract. He came back though, and is now making about 35K less than was offered to him initially. Somebody remind me to never hire his agent. 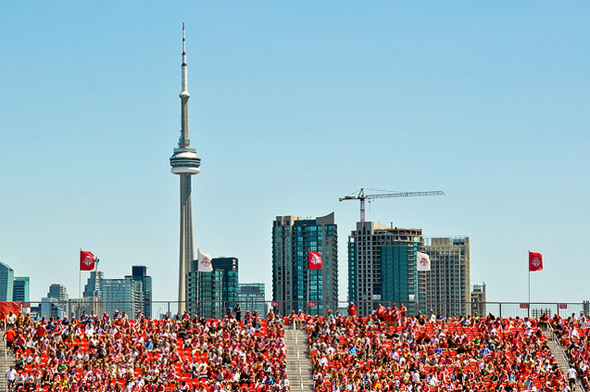 Since training started in Turkey, there has been a flurry of activity on the roster. TFC divested itself of striker Chad Barrett to the Los Angeles Galaxy, Nick Labrocca to Chivas USA, Joseph Nane to Colorado, and backup keeper Jon Conway to the Chicago Fire. Joining the team are Dutch nationals Elbekay Bouchiba, Javier Martina and Nick Sooslma, Americans Nate Sturgis and, most recently, Alan Gordon (whose flying appendage you might recall, broke Adrian Cann's nose last season), amongst numerous others.

TFC hasn't shown too well in pre-season tournaments, but there is noticeable progress. As the club enters yet another rebuilding year, the phrase "hope for the best, expect the worst" seems to be on everybody's lips these days. All is not lost though. We've got a solid backbone, a new coaching staff, and a new "total football" system to test out. A few hundred of the TFC devoted are currently making their way across the country for First Kick in Vancouver on Saturday. So, since we have nothing better to do than sit back and wait to see how this season unfolds, let's all take a minute to point and laugh at Vancouver's fans.