A few years ago, I'd never even heard of Roller Derby before. These days however, it seems I'm hearing about it everywhere I turn. Smaller leagues are popping up all across Canada, and a handful of people I know are either joining, or working on starting, leagues in their towns.

There's no doubt that Roller Derby has exploded over the past few years. The ladies of the Toronto Roller Derby League say the women's-only sport is at the height of its popularity thus far - in Toronto alone, most derby games sell out with approximately 1,300 fans in the stands.

And the ToRD is seeing an increase of women interested in trying out and joining Derby as well. 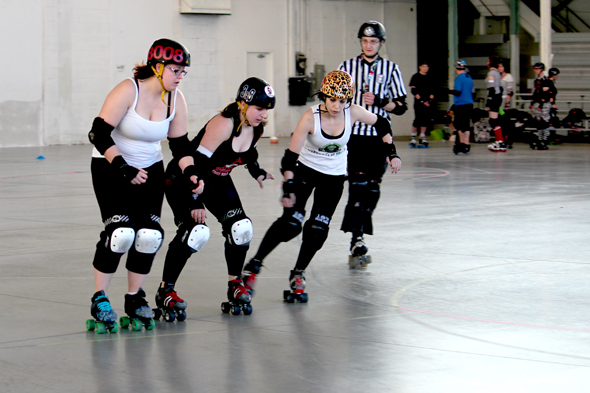 Veteran skater Antonia Hoffman, aka Dolly Destructo, believes as women are becoming more empowered, they're becoming more interested in Derby. "Throughout the 20th century women have been waking up. There's that 50's suburban housewife, mother's little helper stereotype, and I think women are realizing now that they don't have to do that," she says. "We don't have to just have a career, or just raise kids - we don't have to be the weak ones, we can be strong."

Andrea Subissati, who skates for the Farm Team and is known as Hellbat to her teammates, echoed that sentiment. "There's a revolutionary nature to it. It's a women's sport, not a men's sport women play. It's something just for us, and I really like that."

The women agree on something else, too - the fact that part of this increase in awareness about Derby comes from the 2009 Drew Barrymore movie, "Whip It". 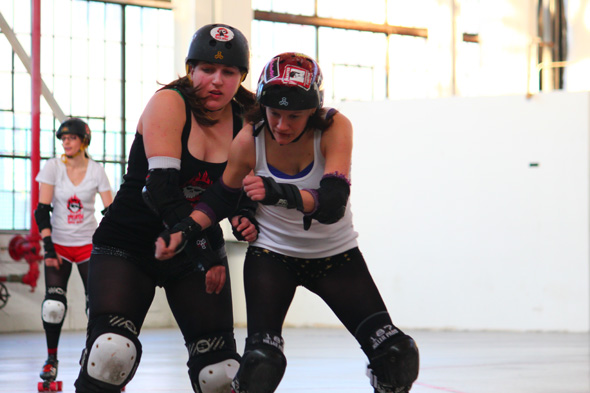 There are differences, of course, between the movie and real-life derby as we know it today. "In the movie they're skating a banked track, and we skate a flat track, so it popularized a different version than we know," says Hellbat, "but [in terms of] finding sponsors, and places to skate, the popularity is good that way."

Regardless of any inaccuracies, to the ToRD, more exposure translates to more sponsors, better games, bigger leagues, and bigger crowds out at games. But, these things don't always come easy. Earlier this month, the TTC announced cuts to a number of bus routes - including the 101 Downsview, which skaters and fans alike use to travel to practices and bouts. 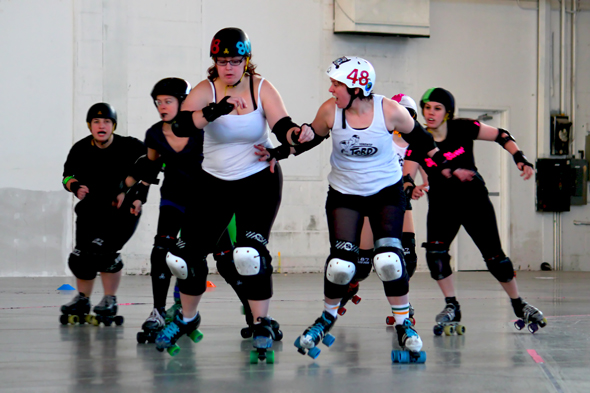 "Yes, there is an alternate route to the front gates," says Amie Sergas aka Speedin' Hawking, "but it's a kilometer trek. From a fan's perspective, that's discouraging."

But, after a spirited campaign on the part of the ToRD - which included attending public meetings, writing letters, and signing petitions - the TTC has decided to maintain weekend service on the 101. The move comes in conjunction with a revaluation of its criteria for cutting routes in general, but the ToRD's vocal opposition certainly applied pressure on the Commission to rethink the proposed service reductions.

Derby fans can show their support during the season opener, which is taking place Saturday, Feb. 5th at 7:30 p.m. Fans who can show a TTC transfer ticket will receive $3 off their Roller Derby ticket at the door. Better, we have five pairs of tickets to giveaway later today. Check our Facebook page in the afternoon for details.