Hip Hop Yoga lured Toronto yogis to the Thompson Hotel last Thursday night for upward dogs and upbeat tunes. The free event, hosted by lululemon, is just your typical Friday night for Calgary's yoga set. Its popularity is no surprise - the unlikely combo of heavy-hitting tracks and graceful poses is a match befitting an eHarmony success story. So I wonder, what took Toronto so long to catch on?

I apologized to my Thursday coffee date at the Thompson for my too-casual outfit, chosen purposely for my next appointment, just downstairs at the hotel. Soon after our lattes were sipped, scads of mat-toting 20 and 30-somethings would descend on the Wellington Ballroom for Toronto's inaugural Hip Hop Yoga class. My date was skeptical. Wasn't yoga practice designed for relaxation and personal reflection, she asked. I also questioned the pairing. Would I be able to find inner peace to a soundtrack of Drake and M.I.A.? 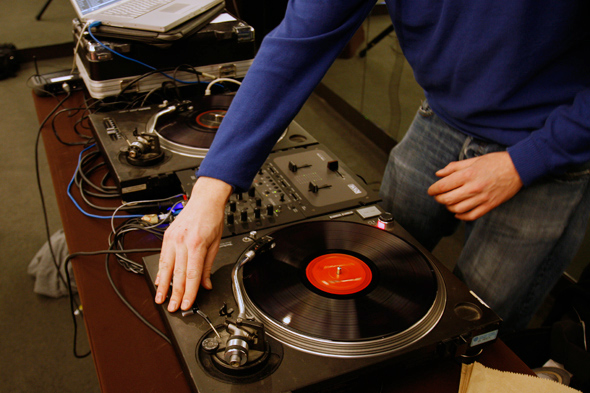 Well, I didn't. But it had less to do with the music, supplied by DJ Fathom, than it did with the cramped quarters. Lululemon staffers encouraged participants to "scooch" mats closer and closer (and then closer still) to accommodate the overwhelming response. In the end, 150 people barely squeezed together with less than 6 inches between mats. 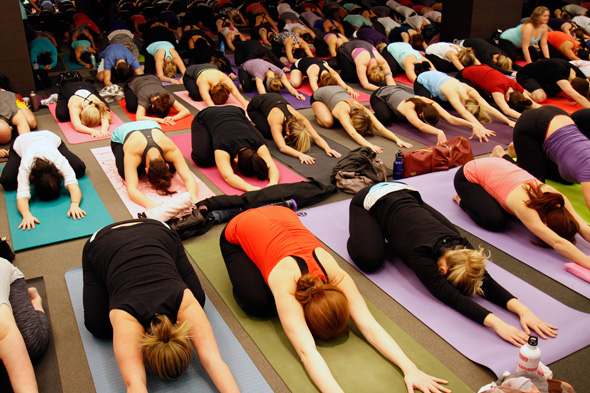 I admit that my experience was somewhat soured after my mat (brought from home) was usurped by another yogi. It wasn't her fault, really. Finding space for 150 in a room that should safely only hold 50 did create some chaos and confusion (and a fire hazard). Actually, I (jokingly) blame Tony, my mat neighbour to the left, whose questionable loyalty left me homeless while I was snapping photos. I finished my practice wedged between the emergency exit and a load-bearing pillar with no view of the instructor - a serious downgrade from my stolen central spot, reserved well in advance of the class. 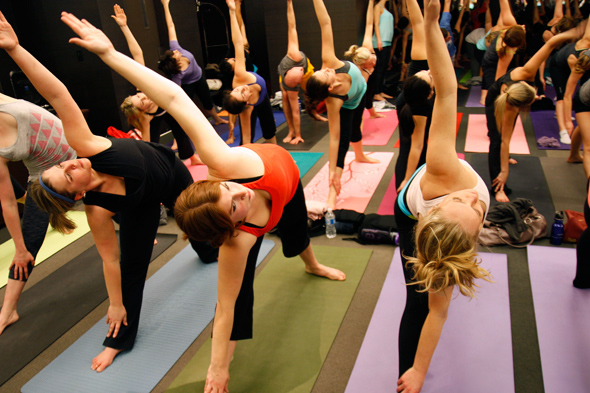 After abandoning any hope for serenity, which by this point, I realized, was not the objective, I embraced the practice. Our instructor, Sara, had flown in from Alberta to lead the class. The poses, she explained, would be accompanied by "pulses". To the beat, of course. 90s tracks by Skee-Lo, Biggie and En Vogue (songs I actually knew!) had us singing along and I wished I had invited my Hip Hop Karaoke crew.

Executing warrior poses and certain stretches without popping my neighbour in the face was a challenge. But the live tunes lightened the mood, and no one seemed to care about the overlap. Unlike the usual imposed silence, the participants chatted and giggled throughout the hour. For anyone turned off by the seriousness of yoga, I would suggest this very social hybrid. 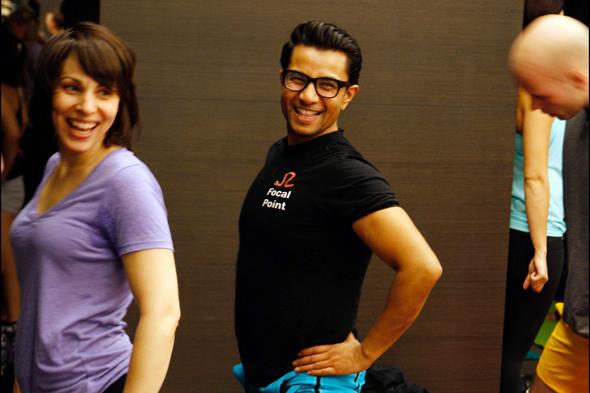 Will Hip Hop Yoga return to our city? I sure hope so. In the meantime, I'll take advantage of lululemon's other community events, including monthly yoga at the Drake Hotel. I might just miss the bass, though. 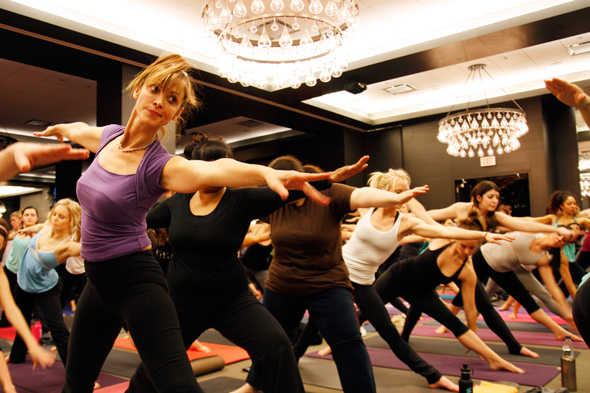 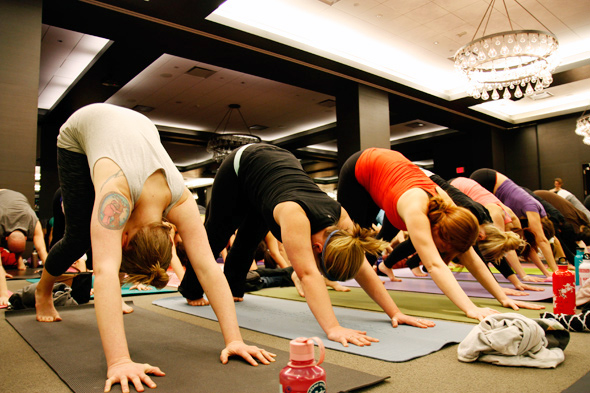 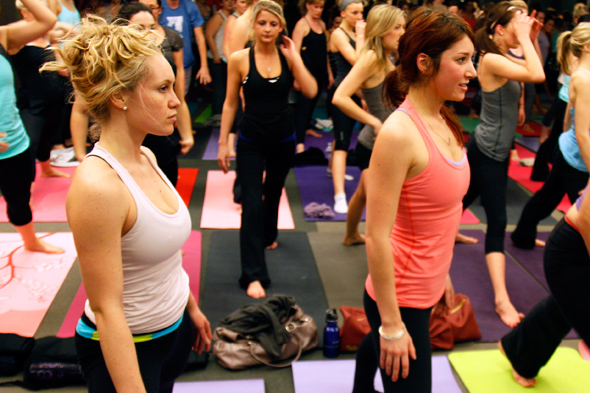