The Toronto Maple Leafs 2010-11 regular season schedule begins tonight at home against the Montreal Canadiens. Although GM Brian Burke made a number of changes to his roster over the off-season, the question on most fans' minds is whether these will be enough to propel the team into the playoffs for the first time since the 2004-05 NHL lockout.

Less critical Leaf faithful will, as usual, proclaim that this is the year that the Cup drought is set to end, but based on last season's performance, that's little more than a pipe dream. Although a couple eighth seeded teams have made it all the way to the finals in the post-lockout NHL (Edmonton in 2006 and Philadelphia last year), few analysts are picking the Leafs to make the playoffs.

That doesn't, however, mean that a playoff berth is out of the question. As TSN's Maggie the Monkey demonstrates each year, the (relative) level of success hockey reporters have in predicting outcomes isn't exactly confidence inspiring. It'll be a struggle, but ultimately, four key factors will determine the fate of the Leafs 2010-11 season. 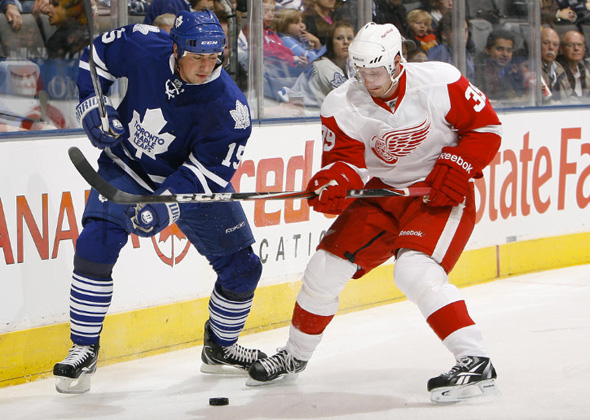 Goaltending
Far and away the most important position, the Leafs hope that a full year with Jean-SĂŠbastien Giguere and Jonas Gustavsson competing for the privilege to start will shore up the inconsistencies of last season. If Giguere gets even close to the form that he showed in winning it all with Anaheim in 2008 and Gustavsson continues to improve, the playoffs are a very real possibility. If, on the other hand, both turn in performances similar to last year, it's unlikely that the rest of the team will put them over the top. The Leafs aren't alone in this situation. All but the deepest franchises require superb goaltending to get above the 90 or so points that it takes to make it to the postseason.

Injuries
This is an obvious one. But, those looking for positive signs would do well to recall that Toronto did suffer some injury setbacks last year. Not only did Phil Kessel start the season late because of shoulder surgery, Mike Komisarek, Jonas Gustavsson and Mikhail Grabovski all missed significant time throughout the season. It could be argued that the team is deeper this year, with decent backup talent on defence and at forward with the Marlies, but if key players are lost for lengthy periods, say goodbye to the team's playoff chances. 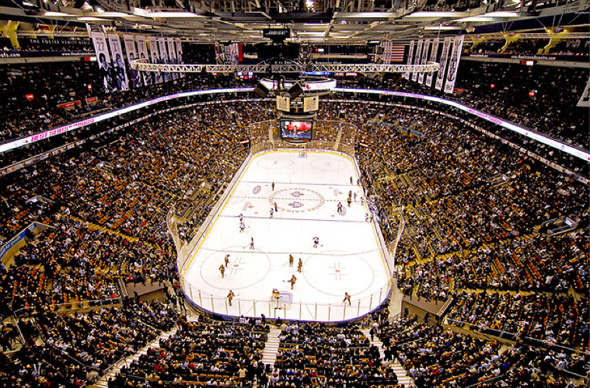 Goal Scoring
Aside from Phil Kessel, the question is who's going to be doing any of this. With more ice-time than he received last year with the championship-winning Chicago Blackhawks, Kris Versteeg is being counted on to provide 20+ goals. Playing on the top-line with Kessel through much of the pre-season, early signs are that their chemistry is pretty good. But, to have any success, the Leafs will also need decent scoring from Nikolai Kulemin, Grabovski and Tyler Bozak. If a significant trade is made mid-season, it'll be to address weakness in this area.

Coaching and Leadership
This'll be Ron Wilson's third season behind the Toronto bench, and so far he's yet to make much meaningful progress. He came advertised as a coach who was good with young players, so if he can't get this group to a few games over .500 by the new year, the pressure will be on Burke to find a replacement. What may help Wilson is that this'll be the first year that he has a captain on his team. Dion Phaneuf's leadership and locker room manner have been criticized, but to hear Wilson tell it, the sturdy denfenceman is going to a positive and steadying force on the team. One thing for sure is that he's not going to be fired, so Leaf fans better hope that rumours about his bad attitude are just that.

Here's a look at the starting roster and schedule for the 2010-11 Maple Leafs. 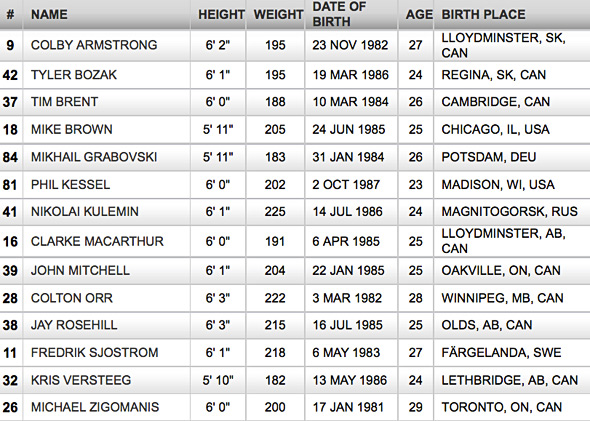 No additions/departures at the NHL level.