It wasn't a classic World Cup final. After 116 minutes of scoreless soccer marred by frequent fouling and just few stretches of exciting play, Andres Iniesta slammed the ball into the back of the net from close range and catapulted Spain to the top of the football world. Toronto's Spanish fans didn't seem to care that the game was a mostly forgettable affair. Within 15 minutes of the final whistle College Street between Bathurst and Grace had been shut down by hundreds of ecstatic fans, and chants of "Ole" and a sea of Spanish flags filled the air. The crowd converged in front of Plaza Flamingo, a Spanish restaurant just East of Bathurst.

A streetcar stopped at the intersection fell victim to the crowd, with fans climbing on top of it and dancing while police stood by and watched. Hanging from the wires overhead and coming dangerously close to the edge of the car, it was more than an hour before they all decided to get down. 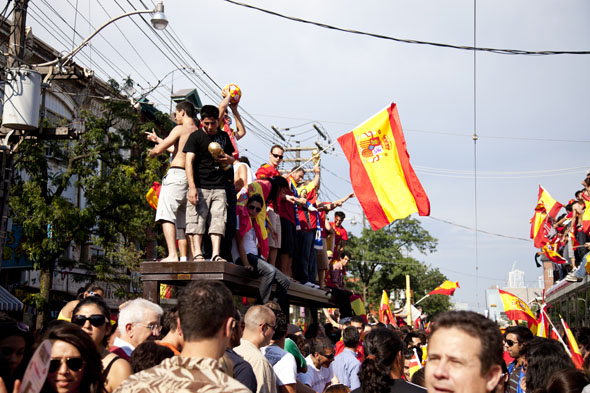 After 64 games the first World Cup on African soil is over, and Spain has won their first ever title. Having won the European Championship in 2008, they become only the third team in history to hold both the European and World Cup titles at the same time. It's a victory Spanish fans will get to savour for the next four years. Here's what some of the partiers downtown had to say: 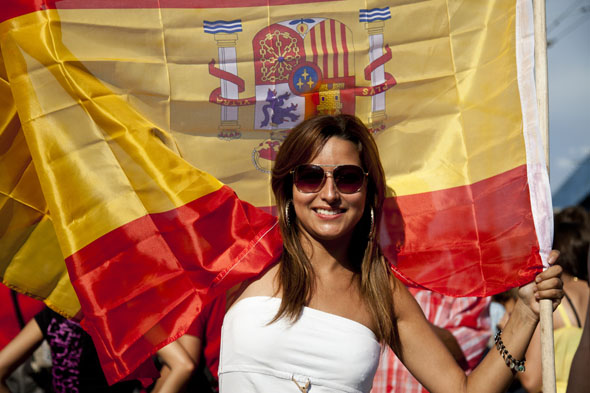 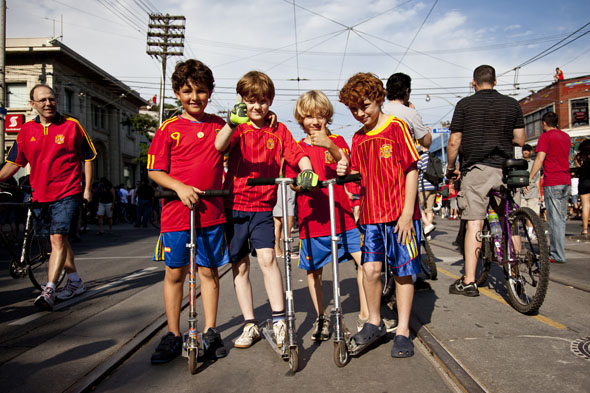 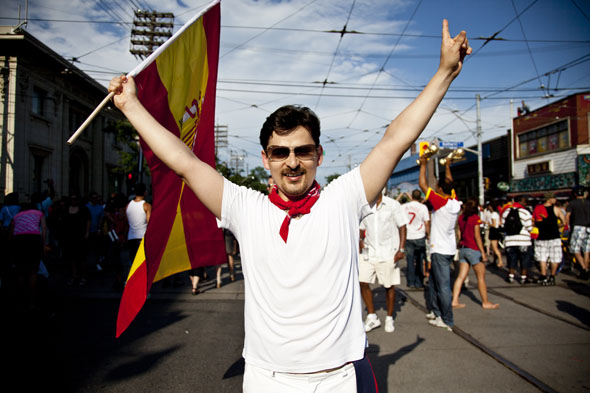 Julius - "I'm ecstatic, this is the first time for Spain." 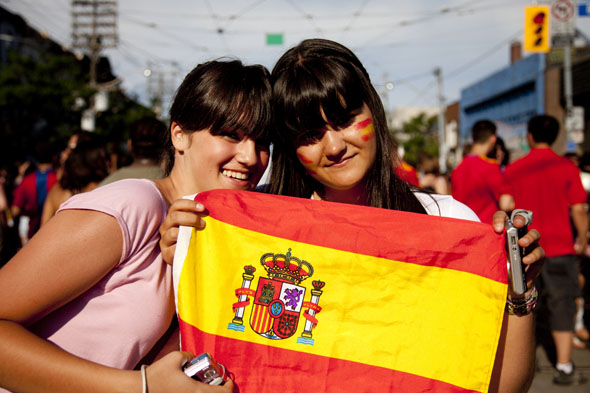 Paolo and Zaida - "We're going to call our friends back home in Spain." 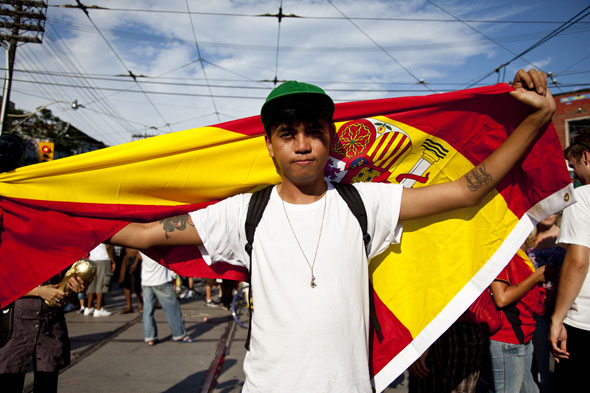 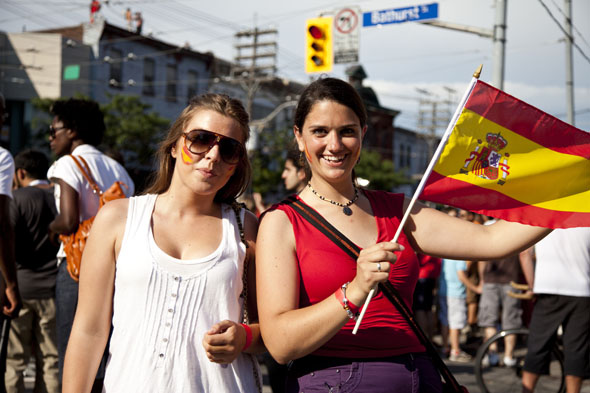 Anna and Bea - "It's great and exciting. We wish we were back home in Spain."