Where to watch the World Cup in Toronto

World Cup fever will descend on Toronto like a loud, boozy relative you only see once every few years. Our city full of ex-pats (and soccer fans alike) are poised to start crowding around televisions and celebrating or commiserating with fellow fans.

Want to join in the fun? Here's a guide to some of the bars, pubs, restaurants and community centres in Toronto where fans are sure to gather to watch the World Cup. 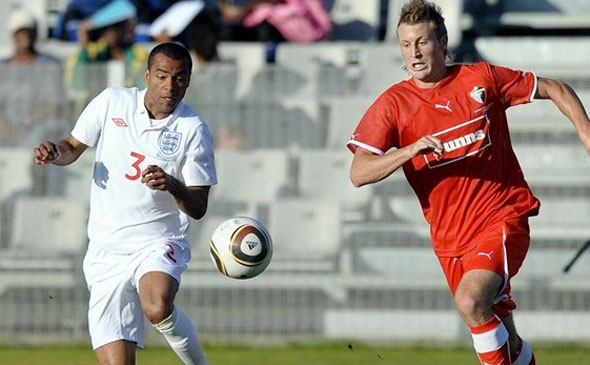 The Duke of Gloucester is not your sanitized faux-English pub experience, it's gritty and probably one of the best places in the city to catch the England game, with TV's in each area and a big screen projector in the main room. The patio is also great (with a TV), weather permitting. Prepare to squeeze in with the regulars. 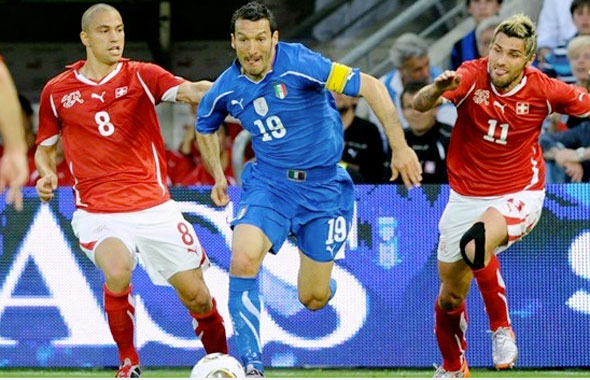 Cafe Diplomatico in the heart of Little Italy, is the obvious choice for any match that features the 2006 World Cup Champions. On a regular summer evening the patio is busy, so during World Cup expect the party to spill out to the street Multiple large screen TV's inside and out should give you a good view of the match. 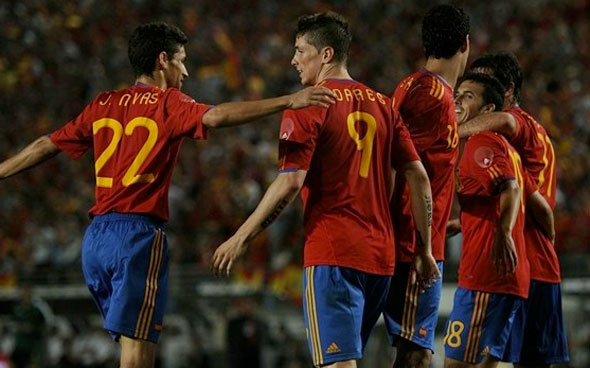 Plaza Flamingo's salsa dancers clear the dance floor for fans of this years European Champions to take in matches on the big screen. The restaurant serves up authentic Spanish dishes, and a daily buffet as well as bottomless pitchers of sangria to keep your vocal chords well lubricated. 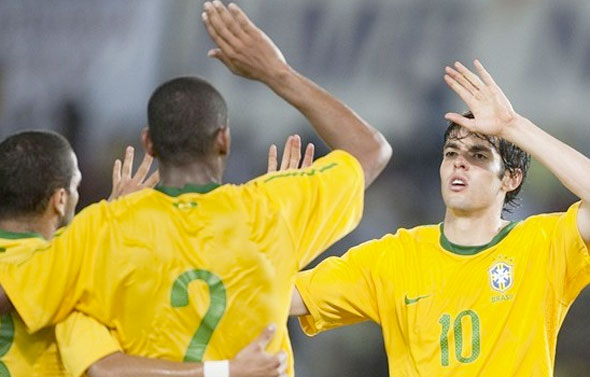 Rio 40 on St. Clair West is a good bet to take in matches with Brazil fans who are no doubt amped to be hosting in 2014. It has a large dining room and patio, and extensive menu giving you a little taste of authentic Brazilian food. 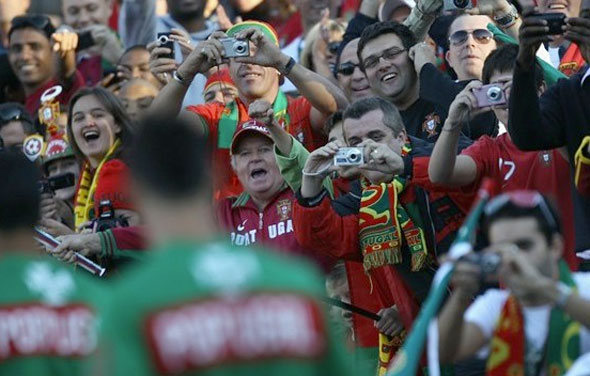 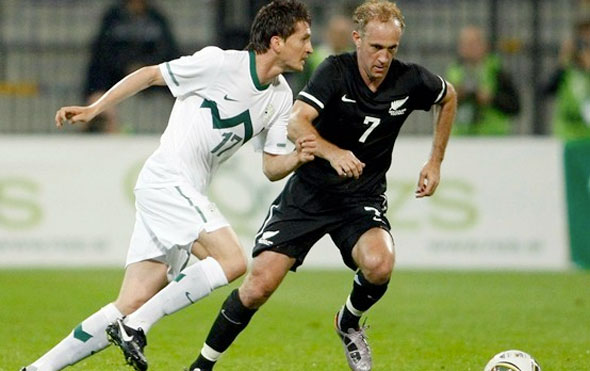 Hemingways has been a home away from home for Dutch fans, but this year it will fly its flag proud for the "All Whites" in their second ever World Cup appearance. Mulitiple floors, a large rooftop patio and a pretty decent menu will make this *the* place for Kiwi's in the city. New Zealand. Cool! 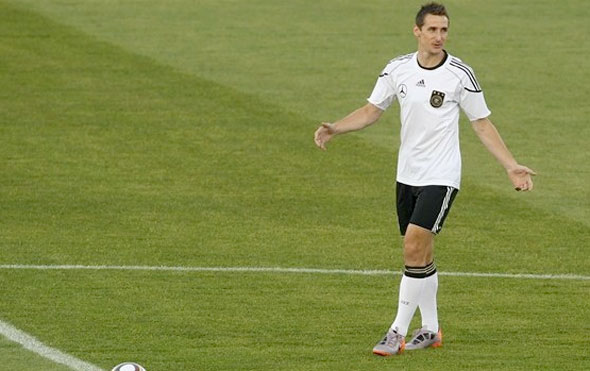 The Musket is one of the last few truly German watering holes in the city. On game days, the dark inside dining room and covered outdoor patio are rammed full of dedicated and opinionated ex-pats who are more than willing to hike it from Kipling station. Staff are well accustomed to volume and will quickly turn out heaping plates of schnitzel and frothy mugs of fine German beer. Come early, expect lines. 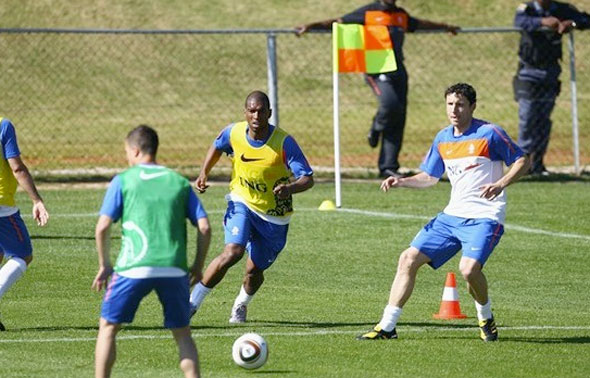 Betty's is typically full of George Brown students but during the World Cup, Betty's will bleed Oranje out onto the streets. A huge patio in the back, brunch menu and numerous TV's make this a go-to destination. Wear Orange and brace yourself. 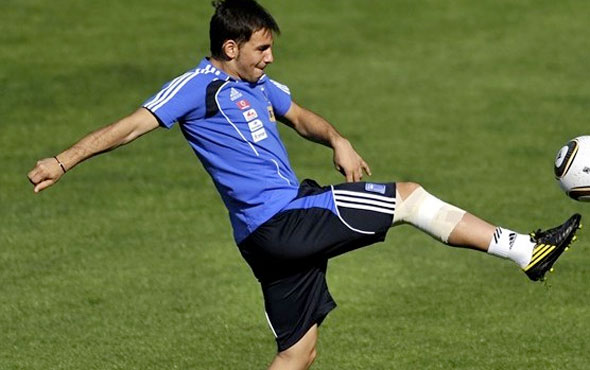 The Fox and Fiddle might not scream "OEE, HELLAS OLE OLE"! to you, but the Danforth location has 22 screens and expects to be packed with Greek supporters decked out in their blues and whites and chowing down on souvlaki. 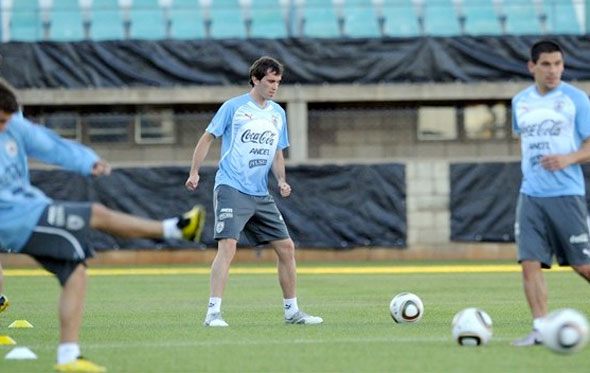 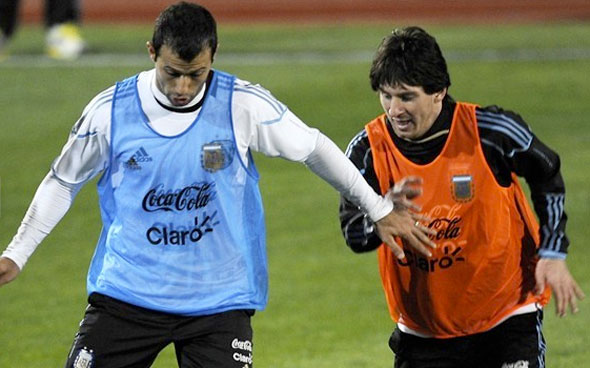 Sky Ranch Restaurant is a landmark Argentinian restaurant will be serving up trademark grilled meat and paella to scores of Argentine fans, as they have been known to do for 19 years and counting. 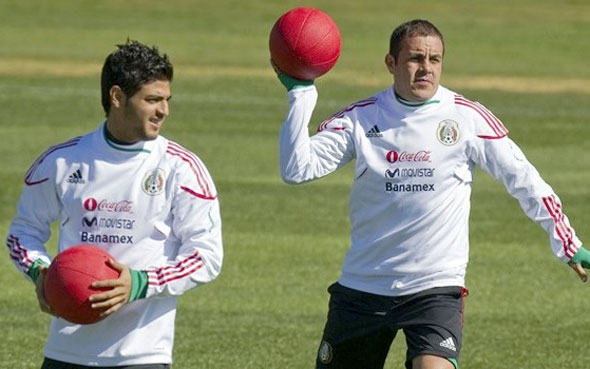 El Jacal offers some of the most tasty and authentic Mexican in the city, so it only makes sense that they would play host to fans of "El Tri". The place is pretty small, but they will have multiple TV's and a large projector set up. If you want a real Mexican soccer experience, this is where you want to be. 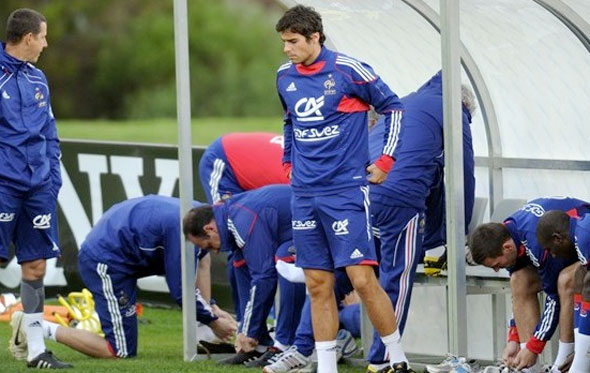 Le St. Tropez may be in the glizty theater district but die hard fans of Les Bleus can be found here going crazy. The upstairs, also know as Zazou will be packed as well. Arrive early if you want a seat and be prepared to bust out some grade 9 French if you want to fit in. 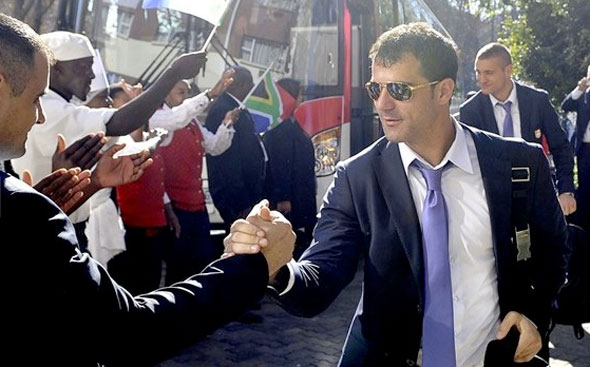 Zam is bar/nightclub on the Queensway but during the day it will play host to Serbian supporters with 3 tv's and 1 big projector. They will be showing all the games except those at 7:30 in the morning. The facebook page states a dress code but I think anything in red or white will do. 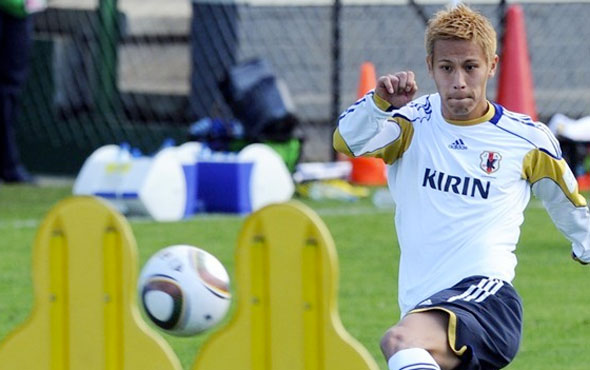 The Japanese Canadian Cultural Center will be hosting a football themed sleepover the night before Japan's first match (June 18). In the morning they will be serving breakfast and showing the match on the big screen in Kobayashi Hall. 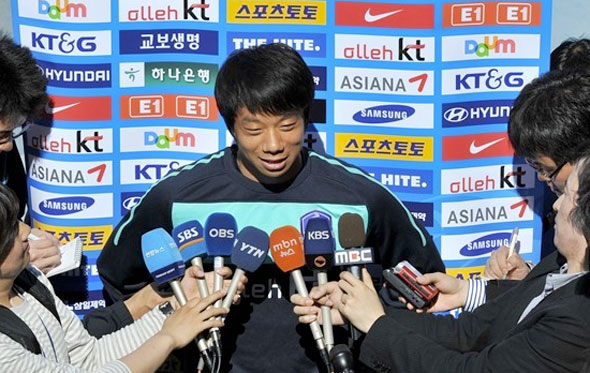 The Korean Canadian Cultural Association is inviting fans to the center for some organized cheering, food, drink and of course Korea matches on the big screen. 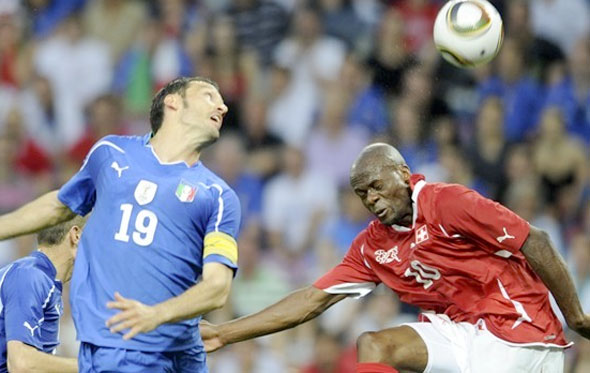 The Foxes Den is just your typical chain style pub, but on game days it will be filled with red and white Switzerland supporters. Doors will be open at 9am for a buffet breakfast, and different activities will take place throughout the day like quizzes with prizes. On June 21st for the game against Chile, a fundraiser will be organized to help support victims of the Chilean Earthquake. World Cup, bringing people together since1930! 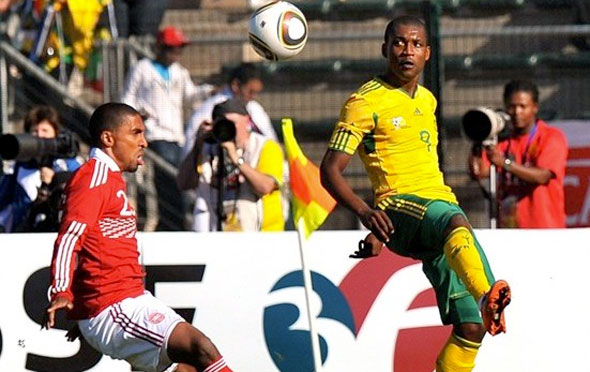 The Brazen Head plays host to red clad fans of the TFC variety, but during the World Cup the Danes are setting up camp. Lots of screens, a large patio and decent menu make this an ideal location for cheering Denmark to victory in their 4th ever world cup appearance. 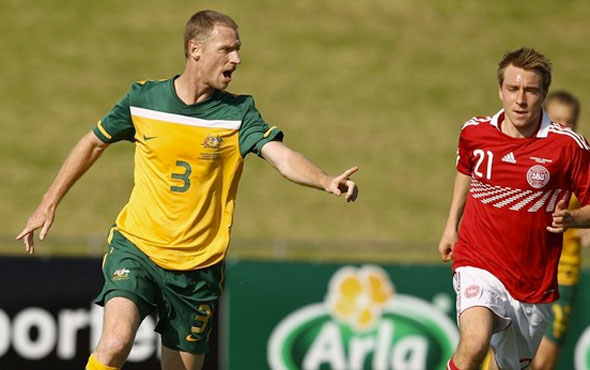 The Sports Center Cafe will be jumping as it becomes Socceroo Central during the Cup. The Young Australian Canadian Association is taking over with free entry "loads of big screens" and prizes to be won. 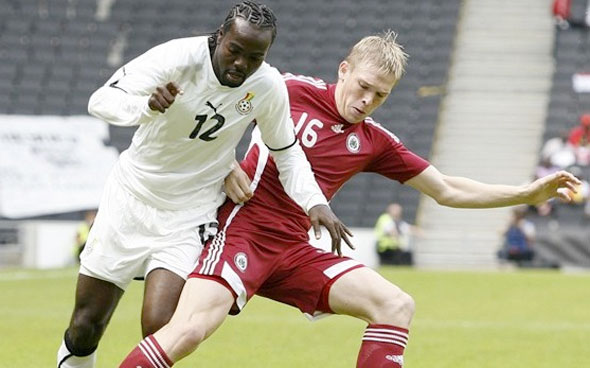 Mama Pee's doesn't have a website, and the phone went unanswered when I called, so I can't confirm if it is still there. However, a few calls to the Ghana Consulate directed me to this location as the place for Ghanian supporters - and if this website is anything to go by, I think they were correct. 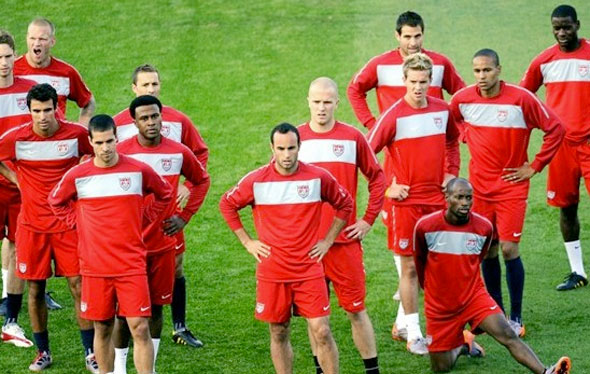 The Elephant and Castle is pretty "British" but the proximity of the Yonge Street location makes it an ideal spot to go for Team USA and the US consulate is gearing up for viewing parties at this location. Deck yourself out in red, white and blue and stop in to watch Landycakes and Co. try to prove themselves on the world stage. 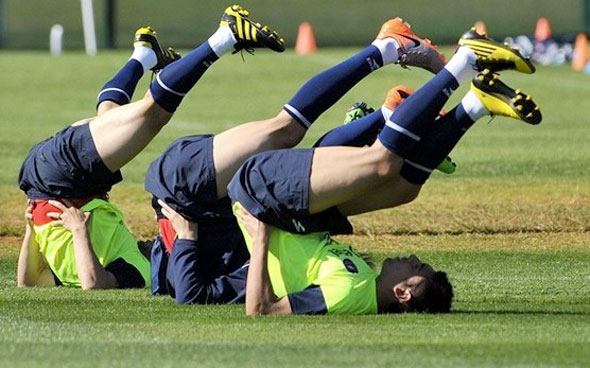 Casa Salvador Allende is the name of the Chilean Cultural Society in Toronto and they will be meeting up at the Ukrainian Cultural Center (ok, a bit confusing) to cheer on La Roja. The center will be showing all Chile matches. Alternately, a few places in Kensington Market like Jumbo Empanadas might be a good place to check out for up to the minute team info...and tasty empanadas.

Top photo by Tanjatiziana. Other photos from the Fifa World Cup web site.